Hello world! My name is Stefan Thor Thorgeirsson and although I am Icelandic, and usually blog in Japanese, I decided to write you an article in English to introduce myself. That´s why I want tell you a bit about the theatre culture in Iceland, and how it has affected my life.

When I was young I always wanted to become an actor. My parents were very supportive of that and signed me up for various acting or filmmaking courses. When I was in junior-high my interests soon shifted towards filmmaking and I started making short films with my friends, which we would then screen in front of the whole school at festivals.

In high school acting again became my number one interest. I joined the drama club, through an audition of course, and since then, I have been performing each year with the drama club Herranótt, which is the oldest drama club in the Nordic countries.

The first year, in 2010 we performed a play based on the novel Lovestar, by Icelandic author Andri Snær Magnason. It was a heavy and dramatic apocalyptic setting with an interesting twist to its story. It was definitely a worthy challenge for a young group of actors like us, most of whom were still freshmen at the time.

The second year, in 2011, we took on one of Shakespeare‘s most acclaimed plays; A Midsummer Night's Dream, and invigorated it with singing and dancing. Students from the school formed a small orchestra and created a soundtrack to the acting. It was a total success and an experience I will surely never forget.

This is me in the middle (wearing the hat) portraying Tom Snout in Midsummer Night's Dream.

This year we performed Dr. Faustus Lights the Lights by Gertrude Stein. It was also quite challenging, and in accordance greatly rewarding to see the final result. I portrayed a villain for the first time ever and I have to say, I enjoyed it quite a bit. With a mighty fine group of people, not to mention the amazing director Brynhildur Guðjónsdóttir, we created a highly acclaimed and rememberable piece. 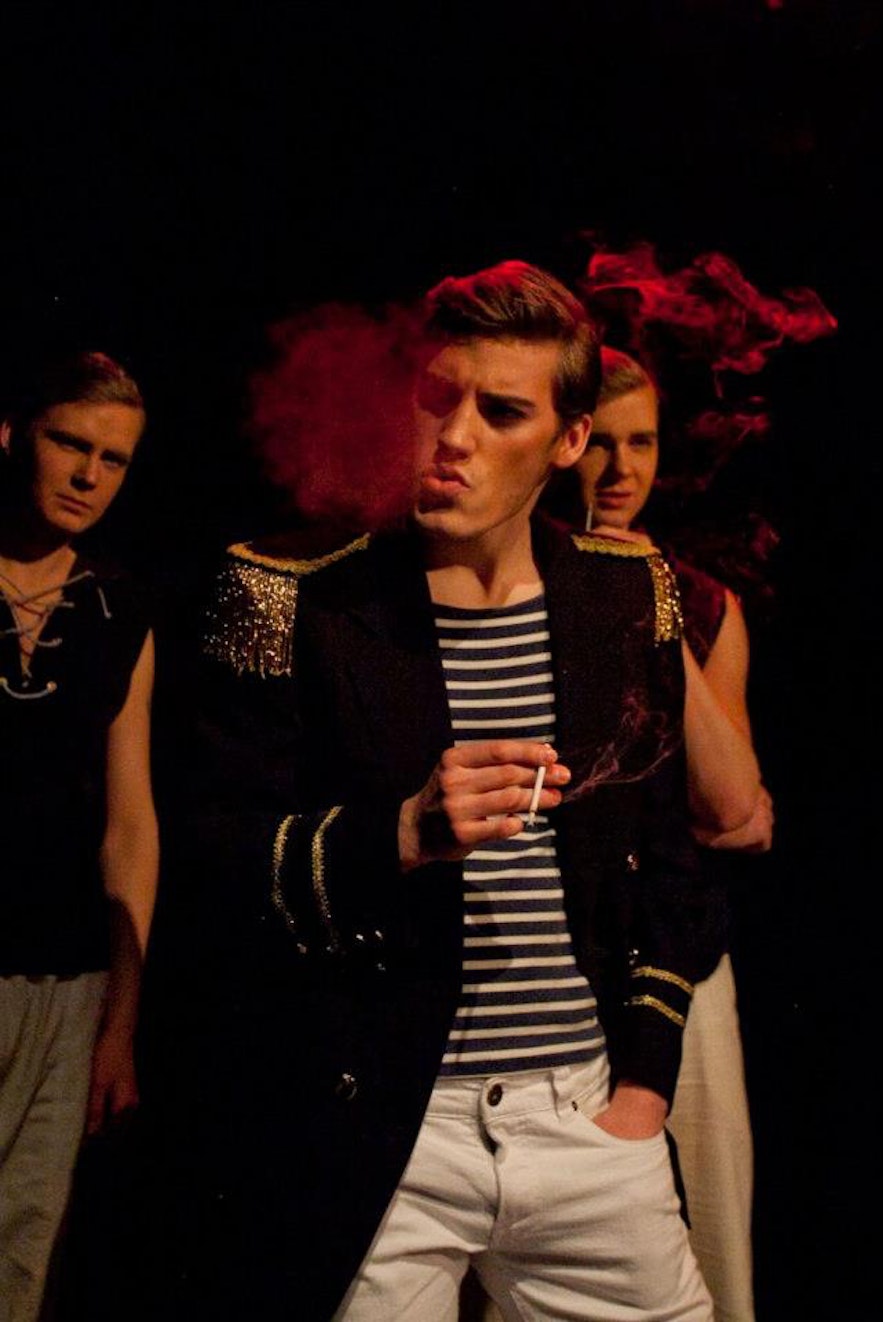 Portraying The Man from Over the Seas in Dr. Faustus Lights the Lights.

This is how rich and active the high school drama clubs are in Iceland – so you can just imagine what happens after high school. With two major theatres in Iceland; Borgarleikhúsið and Þjóðleikhúsið, and many other smaller ones, we possess a great deal of talented actors and actresses. That is why so many young people graduating from high school decide to audition for the acting program of Iceland´s Academy of the Arts. As for me, I have not decided yet whether or not I will make this interest of mine a profession for the future. But I have certainly thought about it. 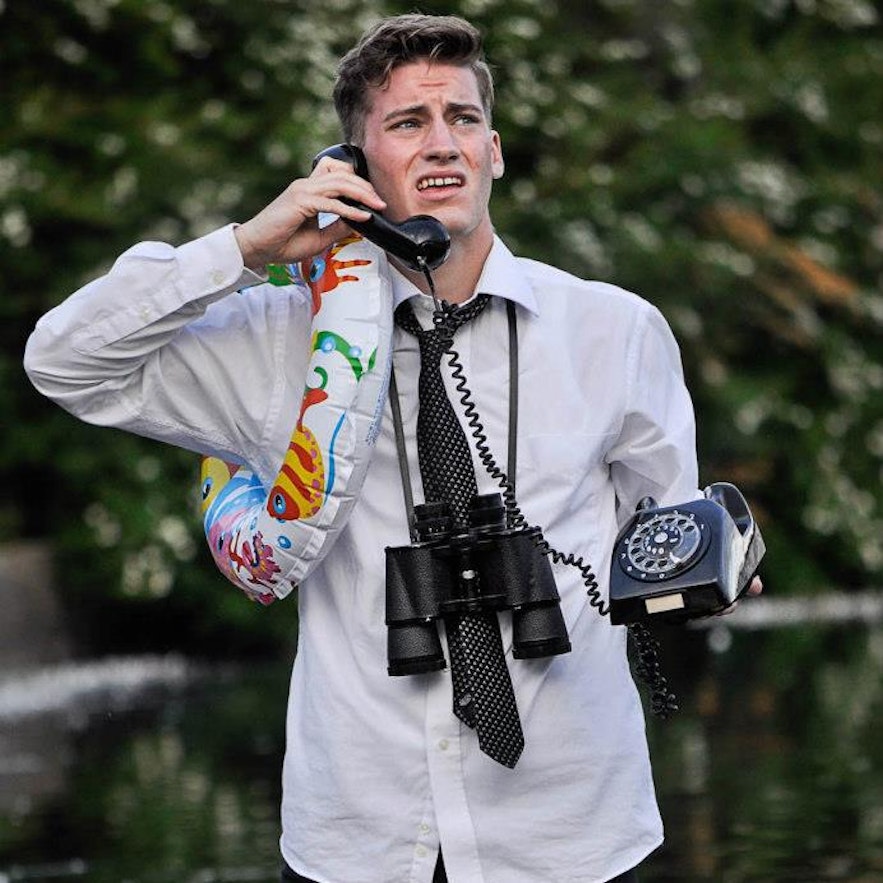 This one is from a photoshoot for my schools phonebook.

If you´re interested in theatre and art, send me a line and I would be more than happy to take you out to see the lively art scene in Reykjavik. I´m sure you´ll be impressed and have a great time.