My name is Donna. I was born in  Bulgaria, grew up in Australia, lived in China for a while and well, the rest is history... Last year, I found myself booking a one-way ticket to Reykjavik, Iceland. Why? Good question. I think it was a combination of going somewhere new,  unknown and far away from the comfortable lifestyle I had previously nurtured in good old Europe.

From the moment I got my university graduation certificate I was finally given that unspoken sign of approval and permission to leave the family nest and migrate to new territories. In all fairness, my family most certainly thought that I'd get tired of globetrotting around and soon go back to them.

It's been four years since I graduated, and as I'm writing this blog, I am overlooking beautiful Mt. Esja in Reykjavik from my office window, slowly being engulfed by the snowstorm settling in. Safe to say my parent's ideas of my future were wrong, to say the least. 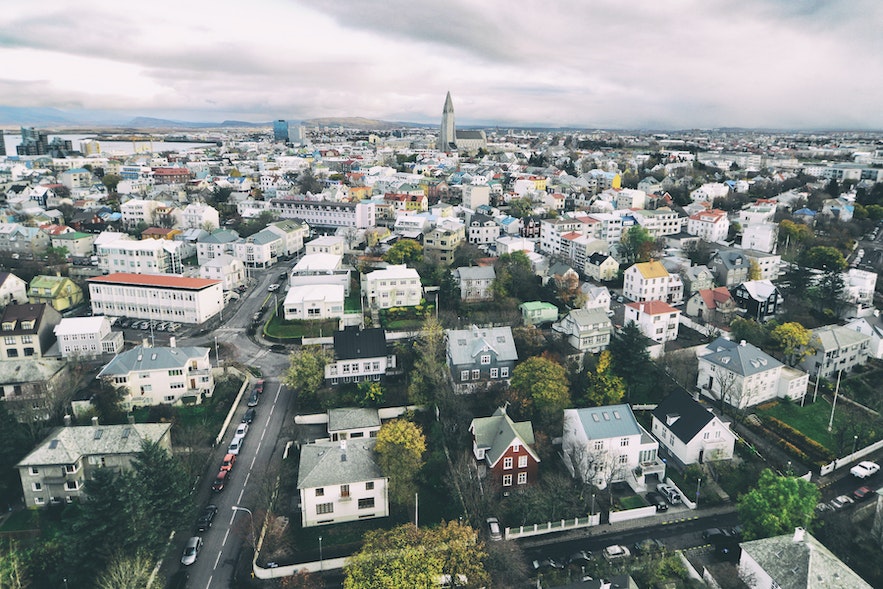 After spending some good few years living in China and backpacking around southeast Asia with all the ups and downs that came along with being a female lone traveller (including all its preconceptions), I quickly realised that that wasn't enough and needed an even bigger challenge.

I had grown up a few meters away from the beach, with no real winter, bright clear skies and an average temperature of around 20 degrees therefore, in my eyes, the real challenge wasn't that of a socio-cultural integration nature, but one involving a change of scenery, a change of weather conditions. 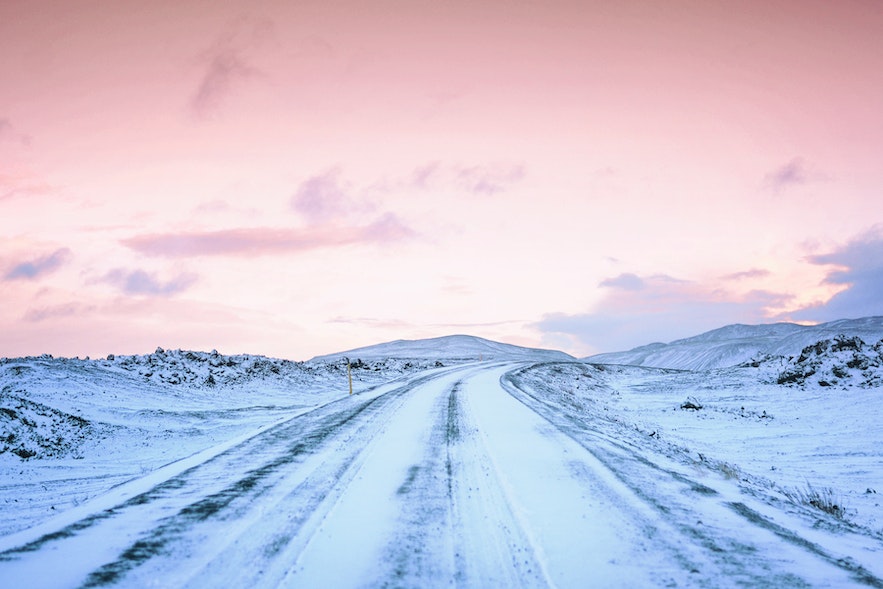 As you might know, the feeling of moving to another country and pushing the 'reset' button is exhilarating to say the least however, with all the thrills and spills that come with that, describing it as easy is undeniably sugarcoating reality.

I didn't know the country, its people and most importantly didn't know what I was going to do here. You can be surrounded by so many people however, still feel amazingly alone. This is exactly what I was feeling at that precise moment of time. I loved living here but I hated not knowing my path. This was the turning point and one evening I decided to use that love-hate relationship to my advantage.

I had previously met some locals during unexpected encounters and they had invited me to go Northern Lights hunting one night. As many other tourists, seeing the Northern Lights with my own eyes was one of the reasons that I came to Iceland however, from the moment I stepped foot in this country I had been so focused on myself, that I didn't even see what was in front of me from the get go - waterfalls, mountains, volcanoes and the Northern Lights!

I set-off with this group of unfamiliar-familiar faces so to speak, around 9pm and started driving northbound trying to escape the city light pollution and avoid cloud coverage. After all the app said to go north so we followed it, no questions asked. Needless to say, we ended up an hour's drive away from Reykjavik in what seemed to be the only cloudy region in the whole country!

We waited, and waited, and well.. Waited. Three hours later, by the time I couldn't feel my face or fingers anymore, we decided to head back. It definitely wasn't the ideal night's ending however, the nearly frostbitten person I was at that precise moment of time, was more than happy to go back to the city and warm my body and soul.

I dozed off into the silent disappointment of my fellow car buddies that were more than let down by mother nature. Suddenly, I woke up to a fury of loud noises and gust of wind blowing directly in my face.  I later realised that they had noticed a glimpse of green in the sky, had fully opened all the car windows, with their heads sticking out as further as possible and were screaming to each other in excitement. 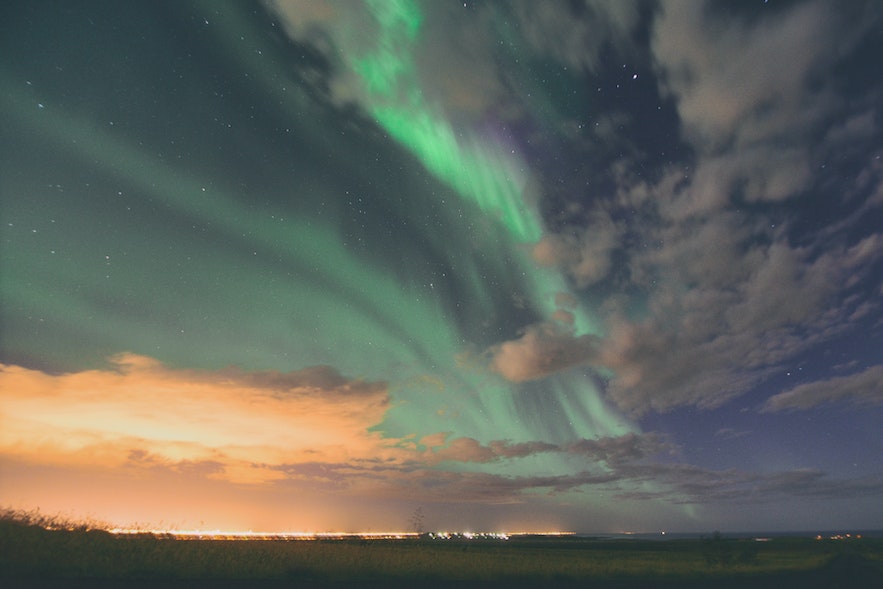 We stopped the car and by the time we got out, the sky was covered in what I like to call ' green rain', or what you would call the Northern Lights. They were moving around and dancing far beyond what my eyes could see. 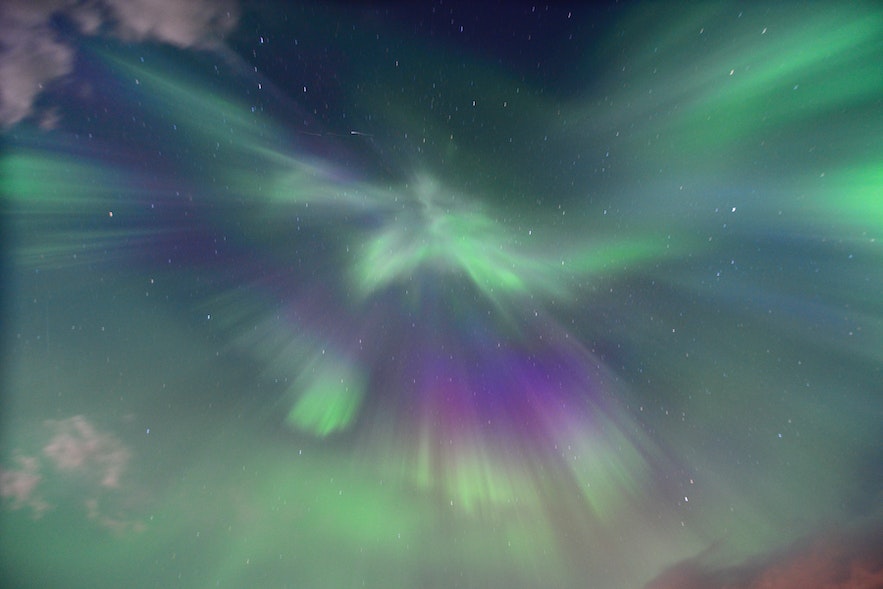 Some were blue, others green which later turned purple. It was as if they were the stars of the show and we were the audience. Everyone was in amazement, including the local Icelandic fellow that came along. 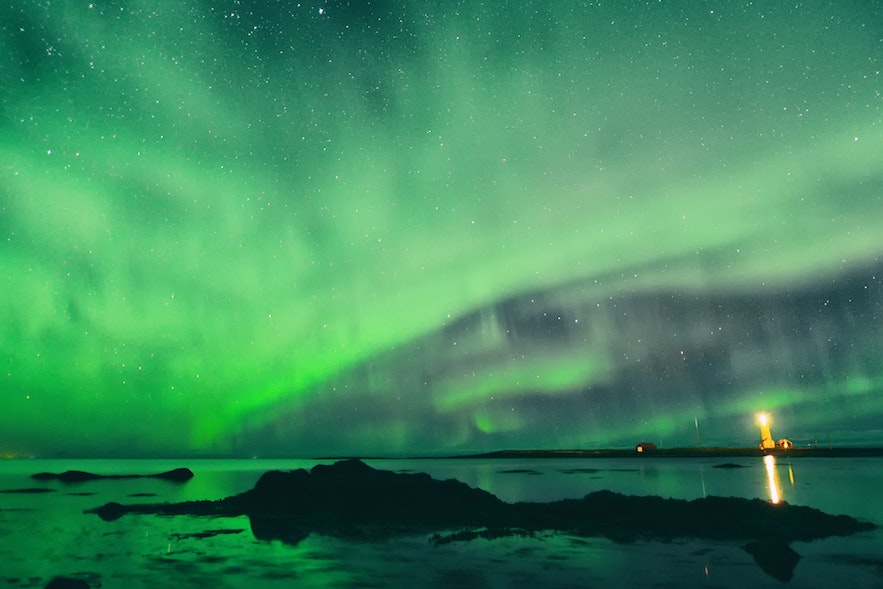 In that moment I finally had the answer to the question I was looking for, "Why Iceland?" 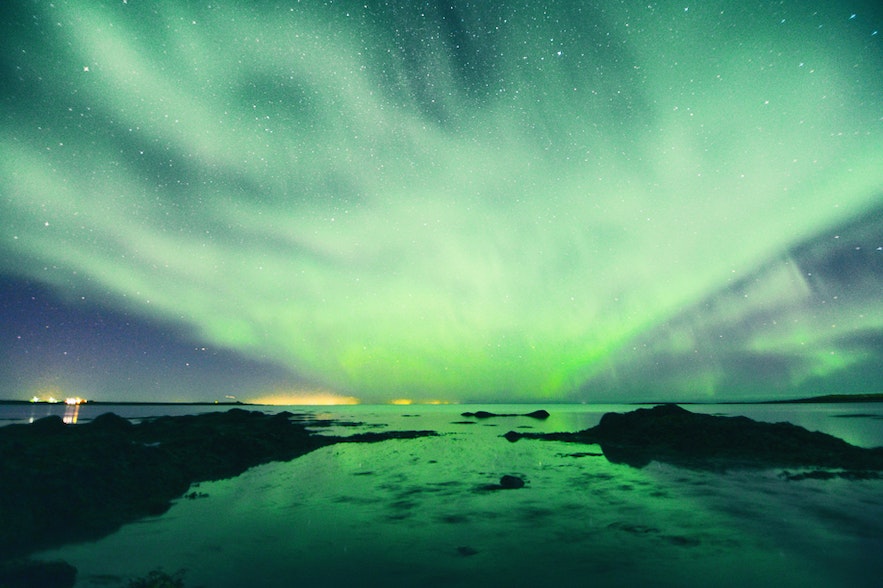