Einar went to the movies: Djúpið 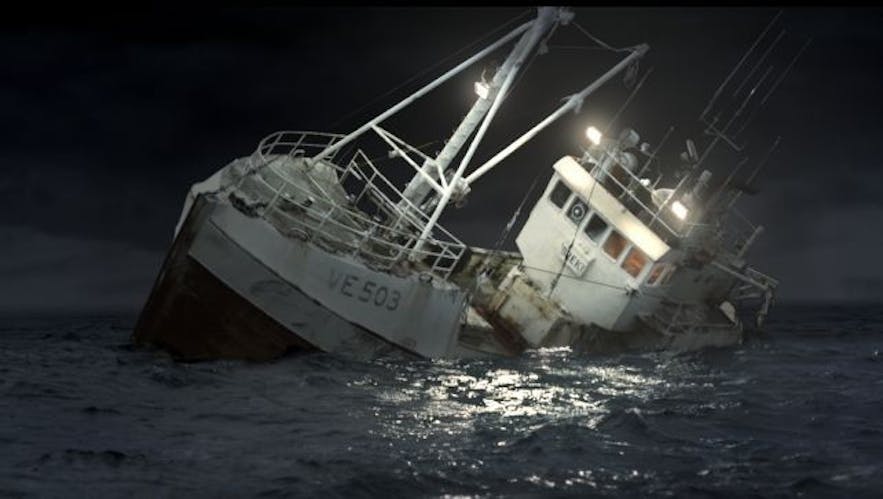 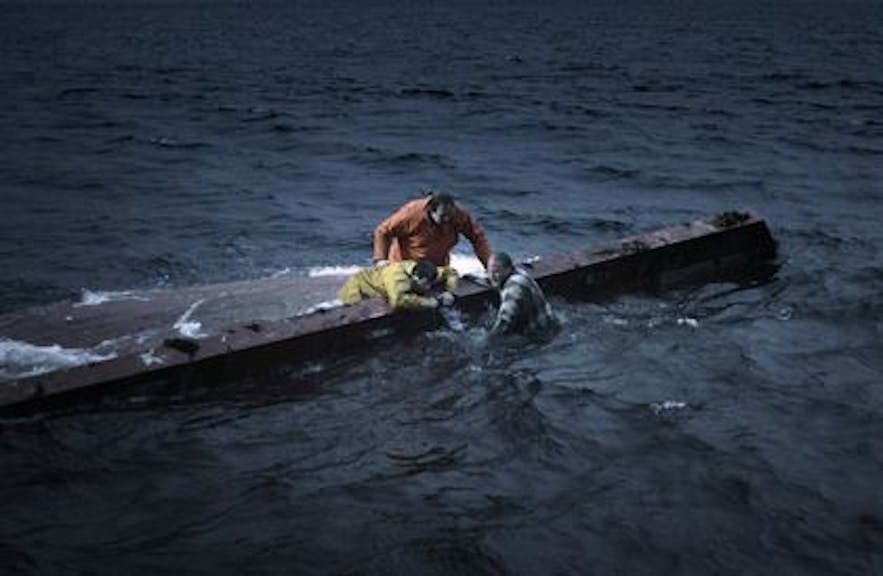 Finally got around to see Baltasar Kormákur’s film Djúpið (‘The Deep’) the other day. This film is mainly inspired by events by the Westman Islands in 1984, when fisherman Guðlaugur Friðþórsson managed to safe his life as his boat Hellisey went down, by swimming a distance of about six kilometers to Heimaey island, with the sea temperature about 6 degrees Celsius. This was an astonishing and unprecedented feat.

Guðlaugur was the sole survivor, four of his friends perished.

Guðlaugur, though having previously been interviewed about the event and lent his support to a documentary about it, wasn’t happy about the film being made, claiming he never gave his consent, while Baltasar maintains that he was under the impression that he had Guðlaugur’s consent.

In a way, one can understand both. It is very understandable that Guðlaugur may feel that the events are still to recent, the pain still too fresh, having lost his friends, that this was a very real and painful experience for him that has left its scars.

At the same time, it is highly understandable that this story should be intriguing and that a director would want to tell it and at the same time pay homage to the plight of the Icelandic sailors and their families.

The cinematography of the film is truly excellent, you get the feel both for nature’s beauty and it’s harshness, it’s bleakness even, or cold indifference, and it never feels forced. You never get the ‘oh look NATUUUURRRRE, LOOKY LOOKY HERE *violins*- feel, all too common. You don’t even see particularly strong waves, simply because there was no storm that night. Mainly this was an extraordinary long swim in the cold North Atlantic Ocean. A scene where main actor Ólafur Darri is in the sea and the camera pulls back more and more really gives you an idea of the vastness of the sea, and him there, swimming alone, the sole survivor.

During the swim/half drowning the main character has flashbacks, and scenes from the volcanic eruption of Heimaey in 1973 are used particularly effectively.

Another strong point of the movie is the aftermath. The main character dealing with new-found fame and the loss of his friends and the families dealing with the loss of these same crewmembers. This loss and the hope and prayers of the families, awake strong empathy, this is such a strong part of Iceland’s continuing history, it’s like a whole world story is contained in this hope: ‘Let them return safely’.

Scenes like the one where the main character is conversing with the seagulls (or monologuing, if you will) would have seemed like a dramatic licence, but in the closing of the film we actually see the real Guðlaugur describing some of his feelings during the swim and there he mentions the conversation with the gulls, a way of passing time.

The performances in the film are strong, but special mention must go to Ólafur Darri Ólafsson in the main role. Besides bearing an uncanny resemblance to Guðlaugur, he gives an extraordinary strong and subtle performance, and proves once again that he is one of Iceland’s very best actors. The fact that special effects weren’t used for the swimming, That Ólafur really WAS swimming in a cold sea, (though, thankfully, not for about 6 km like Guðlaugur), as perhaps best seen in the aforementioned pullback scene, is no less impressive.

Baltasar Kormákur dedicated Djúpið to the Icelandic sailor and with this film he has managed to create a beautiful and deeply moving tribute. If you have the chance of seeing the film in cinema, I’d recommend that for the best experience. Otherwise look for the DVD. I’d also highly recommend visiting the Westman Islands and I would be happy to direct you to good tours available.

On my search for turf houses around Iceland, I visited Sænautasel hypothetical turf house on Jökuldalsheiði heath in the highlands of Iceland. It is, …
Read more
Guide to Iceland
Connect with locals
Einar Steinn Valgarðsson
Einar went to the movies: Djúpið