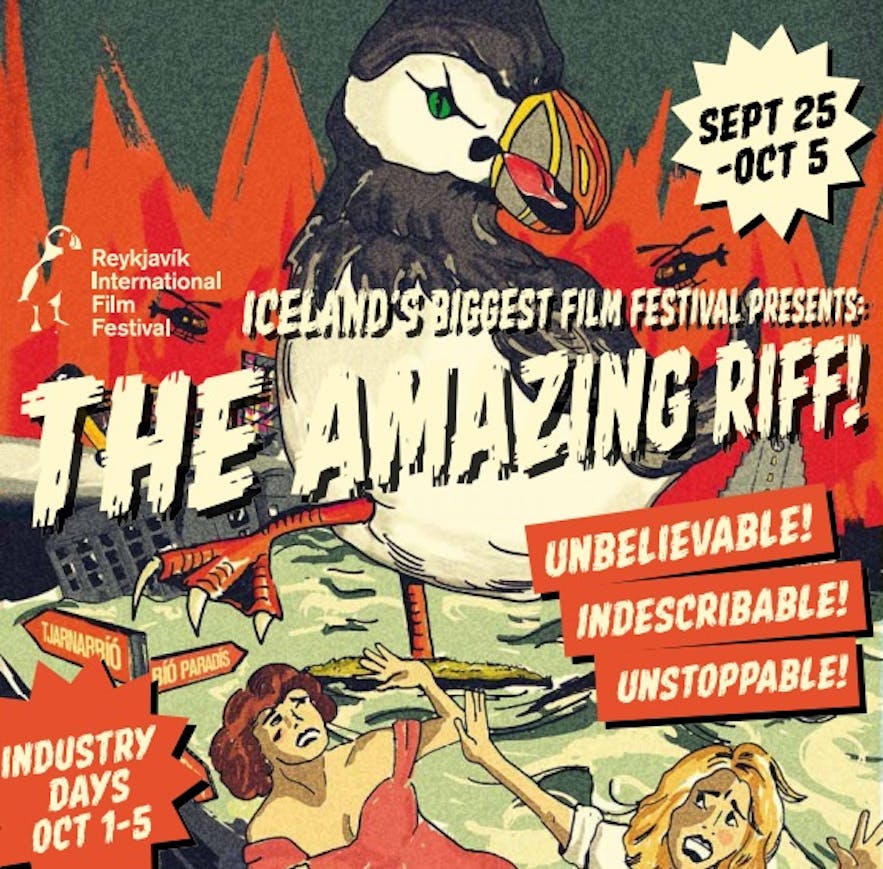 Its poster has a giant Godzilla-esque puffin wrecking havoc in Reykjavík. If this hasn't already dragged you in, consider the fact that RIFF is one of Iceland's greatest and most diverse cultural events. This annual film festival, starting today, September 22. and lasting until October 5th, draws Icelanders and people all over the world to check out what is fresh and new in international film making. Add to that discussions with directors, panels, lectures, concerts, photo exhibitions and unorthodox viewing experiences, such as watching a film from a swimming pool, at a drive-in cinema or even at the director's home, and you have yourself a unique event that you should definitely not miss.

This year's selection has around a hundred films, 12 categories, masterclasses, and various special events. Categories include "Italy in Focus", "New Visions", "Open Seas"  and special focusing on the films of English director Mike Leigh and Swedish director Ruben Östlund. Notable events include a drive-in cinema screening of Dumb & Dumber, a special selection of African cinema, a screening of Hrafn Gunnlaugsson's The Raven Flies, accompanied by the excellent Icelandic metal band Sólstafir, a Hot Tub Cinema in Kópavogur, featuring Icelandic short films, and panels on war and peace, accompanied by film screenings. Among guests will be Guy Davidi, director of the award winning and Oscar nominated Five Broken Cameras and investigative reporter John Pilger, as well as Leigh and Östlund.

This is only to name a few, a full program and all further info can be found on the festival's webpage.

If you're in Reykjavík, don't miss the opportunity to experience RIFF!  :)