We'll take a cup of kindness yet for auld lang syne 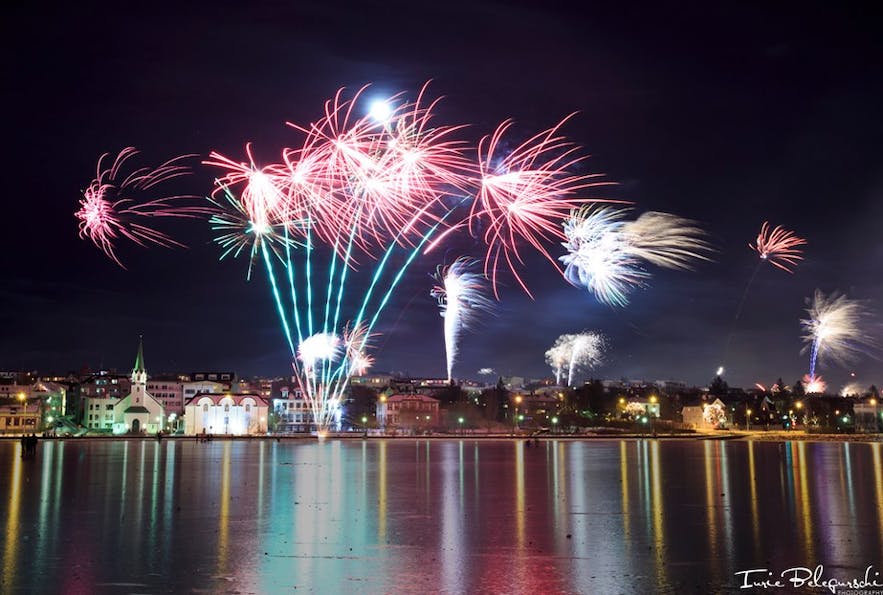 Picture by Iurie Belegurchi. For more of his awesome pictures, visit his page.

I do love how some Icelandic phrases make hardly any sense when translated directly, or none at all. For those that may not know the the Thirtheenth, Icelanders celebrate the 13th and last day of Christmas on January 6th and there's lots of fireworks, bonfires, dancing and fun stuff going on, similar to New Year’s Eve. This day was formerly held to be the birthday of Jesus, and the Armeninan Church indeed still holds it to be so.  As with New Year’s Eve and Christmas, there is also a lot of folklore connected with this day, such as cows being said to gain speech that night, Elves move place, seals take of their hides, sitting silent at crossroads for a night, not uttering a word to anybody is said to bring you a good reward and so forth. It should be noted that the degree to which people actually believed or presently believe in these stories is debatable. Thus folklorist Árni Björnsson claims  that of people born from 1880-1910, to which he spoke, only around 10% actually believed in the stories, comparable with other nations. The difference was, however, that those who DID believe where much more outspoken about it than is common with other nations. Primarily, these stories were entertaining, and continue to be so.

As for the 'good throats' phrase, you're guess is as good as mine.

As for my own experience of this New Year’s Eve, I had a very pleasant evening with my family. It was me, my mom, my dad, my aunt Laufey (dad’s sister) and my dear old grandma (94, the mother of my own mom). We had a delicious lobster that Laufey cooked (as she put it herself, half-jokingly, she should open a restaurant, I heartily agree).

The fireworks started early, though personally I didn’t purchase any. The sky becomes ablaze on New Year’s Eve,  but I wouldn’t have minded that people would have waited until 12. Anyway, that’s when it really takes off. Also popular, as noted above, are the New Year bonfires, lit widely, along with outdoor singing and dancing.

I was very happy to hear old folksongs on the radio, having a really soft spot for those. We also watched Skaupid, the yearly satirical TV-show, dealing with events of the year. People tend to be very divided about Skaupid, either liking it or hating it, sometimes being somewhere in the middle but it is generally assumed that people have watched it and thus one of the earliest question you’ll hear on the new year is ‘So what did you think of Skaupið?’

I personally liked Skaupid a lot this year, and found myself laughing heartily for the most part. My favorites were probably the take on  LÍÚ (The Federation of Icelandic Fish Vessel Owners) and the take on the dirt that people tend to spew in the comment section on the DV-page (DV is an Icelandic newspaper that also has a newsweb).

Later that evening I met up with my friends and we went downtown to take a cup of kindness yet for auld lang syne. I also enjoyed seeing so many tourists downtown. I chatted with a nice young American couple that came here specifically to experience New Year’s Eve in Iceland. They had also traveled the Golden Circle and were thrilled about the experience.

I wish everyone a happy new year, and thank all my friends, acquaintances and of course my family for good old times. I’ll leave you for now with this beautiful rendition of the classic New Year- song Auld Lang Syne, here sung by Scottish artist Dougie MacLean.

On my search for turf houses around Iceland, I visited Sænautasel hypothetical turf house on Jökuldalsheiði heath in the highlands of Iceland. It is, …
Read more
Guide to Iceland
Connect with locals
Einar Steinn Valgarðsson
We'll take a cup of kindness yet for auld lang syne