Book your trip
Rent a car
Vacation packages
Explore Iceland
COVID-19 information & support
Book your trip now
Guide to IcelandConnect with localsHaukur PálssonNORTHERN LIGHTS, INFO AND PHOTO TOURS
Jump to chapter
What are the Northern Lights ?How to find the Northern lights in IcelandCheck out more photos byIurie Belegurchi on his facebook page, or contact me for northern lights photo tours with Iurie. 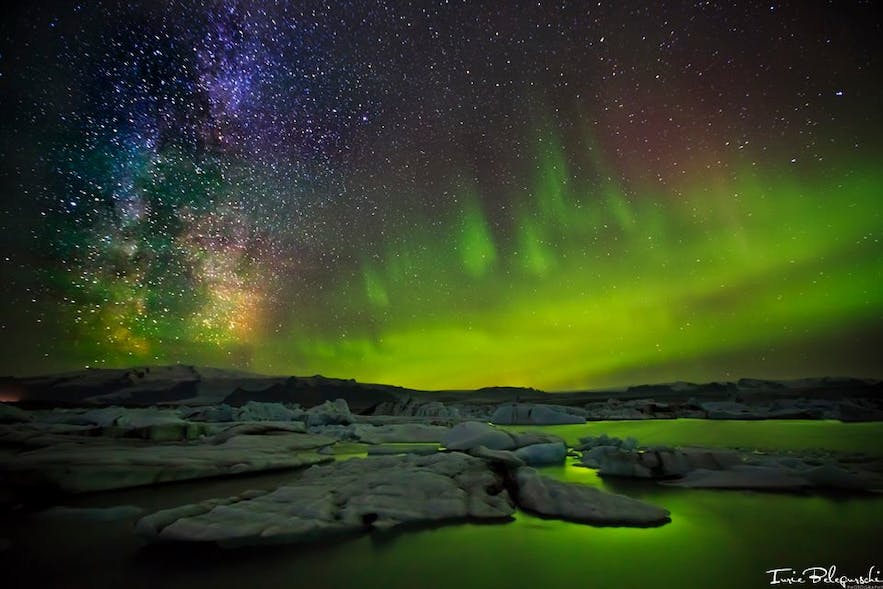 The Northern Lights are on a lot of people´s top 10 list of things to see on our planet.  But where do they come from?

What are the Northern Lights ?

The Northern Lights, commonly known as the  aurora borealis, were named after the Roman goddess of dawn, Aurora, and the Greek name for the north wind, Boreas.

The Northern lights are a natural light display in the sky particularly in the high latitude regions, both the Arctic and Antarctic (where they are called the aurora australis), caused by the collision of energetic charged particles with atoms in the high altitude atmosphere (thermosphere).

The charged particles originate in the magnetosphere and solar wind and, on Earth, are directed by the Earth´s magnetic field into the atmosphere.

Luckily for traveller´s in the north, a side effect of all of this is the dazzling spectrum of colours that light up the skies in the long arctic winter nights. This year's solar maximum has produced spectacular Northern lights displays.

How to find the Northern lights in Iceland

Although you can often witness Northern lights in Reykjavík it´s best to get a bit out of the city to enjoy them without distractions. Clear skies and natural darkness is what you should look for. You can use the Aurora forecast for directions. It´s not very accurate, and often you will need to be patient. Warm clothing, tea water and snacks are a good idea to take with you on your hunt.

Check out more photos byIurie Belegurchi on his facebook page, or contact me for northern lights photo tours with Iurie.