We are all some kind of bird !

It is something peaceful about watching birds. Time somehow stands still. Bird watching is becoming more and more popular in Iceland.  The country plays a bigger role every year for many species as here are large numbers of homelands and protected areas like Lake Mývatn and the national parks. The moorlands are very important nature reserve.  We have seen how the drainage of wetlands changes the natural environment but hopefully we are on the right track again, protecting the country and it´s feathered residents.

Large numbers of birds nest in Iceland, both migrants and resident birds and visitors and vagrants.  Around 376 species were spotted here in the year 2011.  Of those it is estimated that around 80 species nest here regular. It is estimated that 40-50 species are winter birds, stay in Iceland the whole year.  Through the centuries Icelanders have used the bird’s eggs and birds meat for their survivor. In Iceland is tradition for egg picking in sea cliffs and hunting birds like puffin and also ptarmigan in the mountains. From the common eider we have used the eiderdown for decades picked from their nest.  In 1913 some species were protected. Still today it is allowed to poison for some species like the raven and some sea gulls. Hopefully that will take end soon. There are 33 species on list over birds that might be in danger of extinction.  The Great Auk died out in 1844 and that opened some eyes for the danger of over hunting. The falcon is a raptor and was protected in 1940 but until that time it had been very popular hunting bird and sold to rich landowners abroad.

The white tail eagle lives mostly in the west side of the country. It is undoubtedly the king of the birds. It has been studied especially the last years to try to protect this special species.

The waders are very visible in Iceland in the summer and their singing lights up the spring when the migrant comes home after the winter.  The European golden plover and it´s singing in the spring is the proof that the spring is close.  Golden plover is my favourite bird. 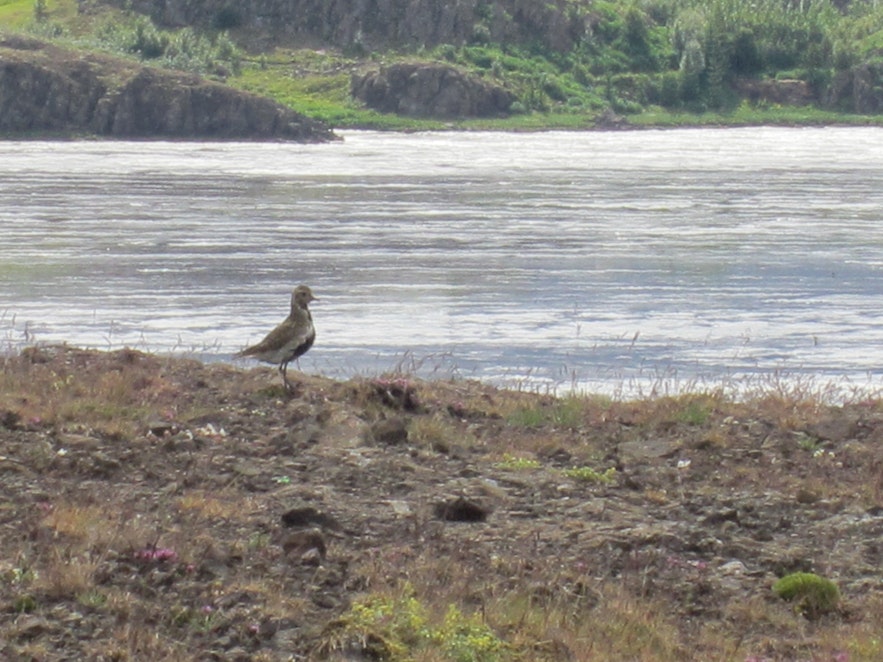 Birds like common snipe, whimbrel and redshank are very common in Iceland.  Many Icelandic poets especially in the romantic period in the 19th century, wrote beautiful poems about birds, poems that are popular still today in Iceland. 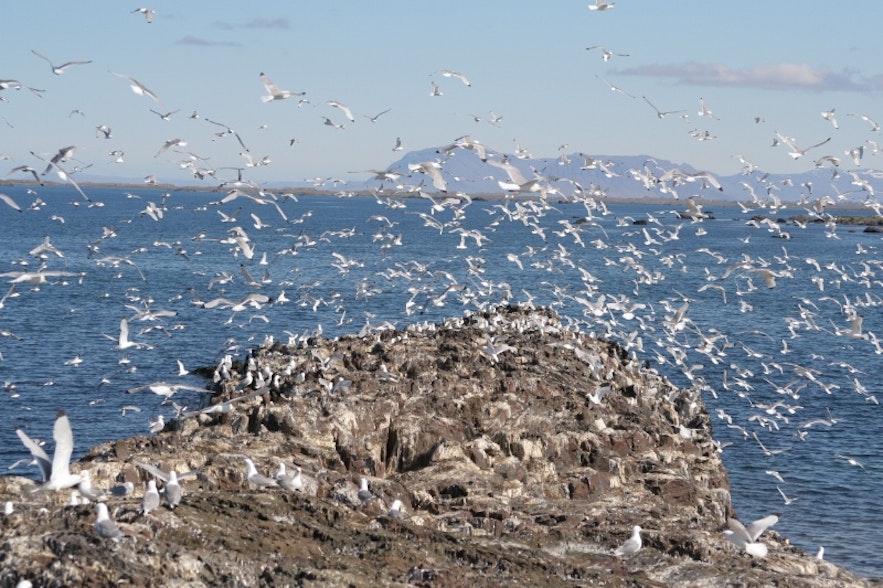 There are millions of seabirds around the country, around 13 species and estimated 7, 5 millions of couples that nest in cliffs by the seaside. The Atlantic puffin is one of the most common one.

You can find great places close to our house in Borgarnes to watch and film many species of birds.