The settler’s farm and vicarage at Borg

History is all around us !

About 4 km outside Borgarnes and our houses is the church and vicarage at Borg. The church and houses are stately standing at end of shallow creek called Borgarvogur. Creeks like that are very shallow and becomes dry during low tide. The view is beautiful across the creek to Borgarnes and the mountain. At Borg has long been a major farm and the church has been there since Christianity was adopted in 1002. Famous farmers have lived there since during the early centuries. The present church was built in 1880. It seems to form a beautiful and stylish building and takes about 120 persons. Church turns in north -south, which is contrary to most church buildings in the Icelandic countryside.  Altarpiece of the church is made by the archaeological engineer WG Collingwood and was painted on his journey to Iceland in 1897.

It was Skallagrimur, father of Egil, who settled at Borg more than 1100 years ago. He is known to be the first settler from Norway in the Borgarfjörður area. His wife was Bera and their children were told to have lived at Borg for centuries. You can visit the Settlement centre in Borgarnes and take a tour around the exhibit about Egil. Loss of Sons Memorial, eponymous to Egils famous poem, ("the irreparable loss of sons") Sonartorrek, was built in the yard in front of the Borg in 1985. In our park, Skallagrímsgarður in Borgarnes, you can see the powerful relief of Egil when he brought home is young son Böðvar who had drowned in the White river. The relief was made by Anne Marie Carl Nielsen. 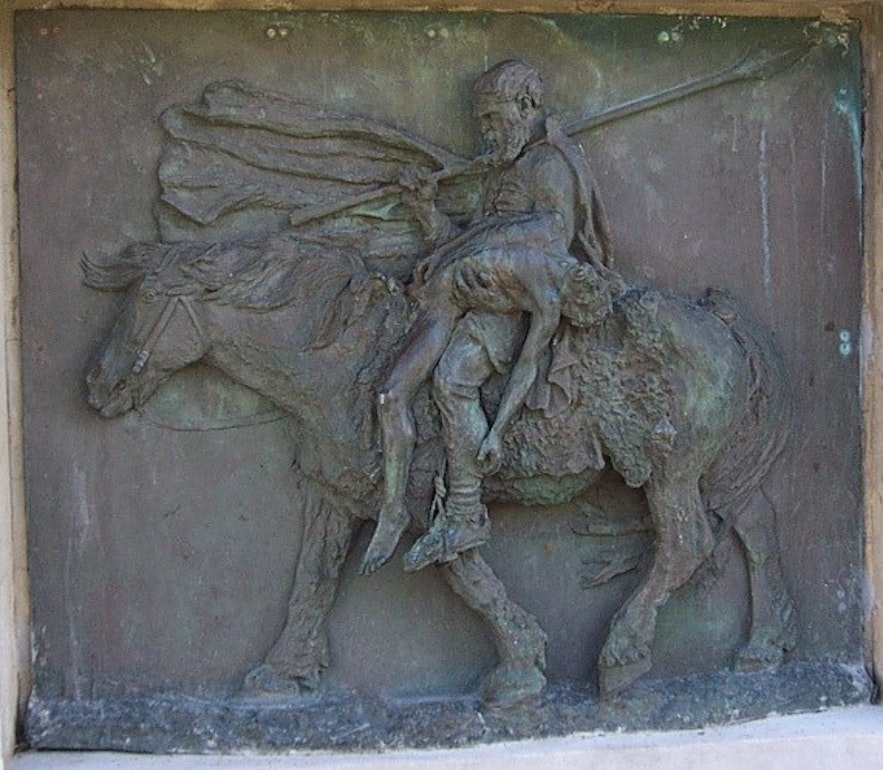 Snorri Sturluson lived for a time at Borg when he was a young farmer and many believe he was one of Skallagrims descendant. It is believed that Snorri wrote some of the Icelandic sagas while he lived at Borg.