A One Night Stand (Up) With Grandma

Grandma Dídí is sixty and sexy and she wants to share how she does it with you!

For the last several years grandma extraordinaire Didi (performed and created by Anna Margrét) has been entertaining Icelanders and travelers with energetic performances and tours. While not quite a household name yet she’s appeared on national TV, has a popular Snappy Chat account and has been a resident at the Freezer hostel/theatre. This work now comes together in the show One Night Stand (Up), and hour long fiesta of her sparkling personality.

The show is set up as a self-improvement course. After being offended by the suggestion the human beings need relationships at a Ted talk, Didi sets out to prove that the single amongst us can live happily ever after. She rus through her live lessons while recounting stories of childhood ambitions unfulfilled. Love, addiction and technology get touched on in the epic life story.

The show is rooted in comedy, with just the tiniest hint of drama and boatloads of heart. The character’s greatest strength is her physical comedy, played with and eagerness you’d associate with a clown show. The script serves its purpose, even if the words sometimes get muddled in a heavy accent mixed with speedy delivery. Even then the meaning hits home. 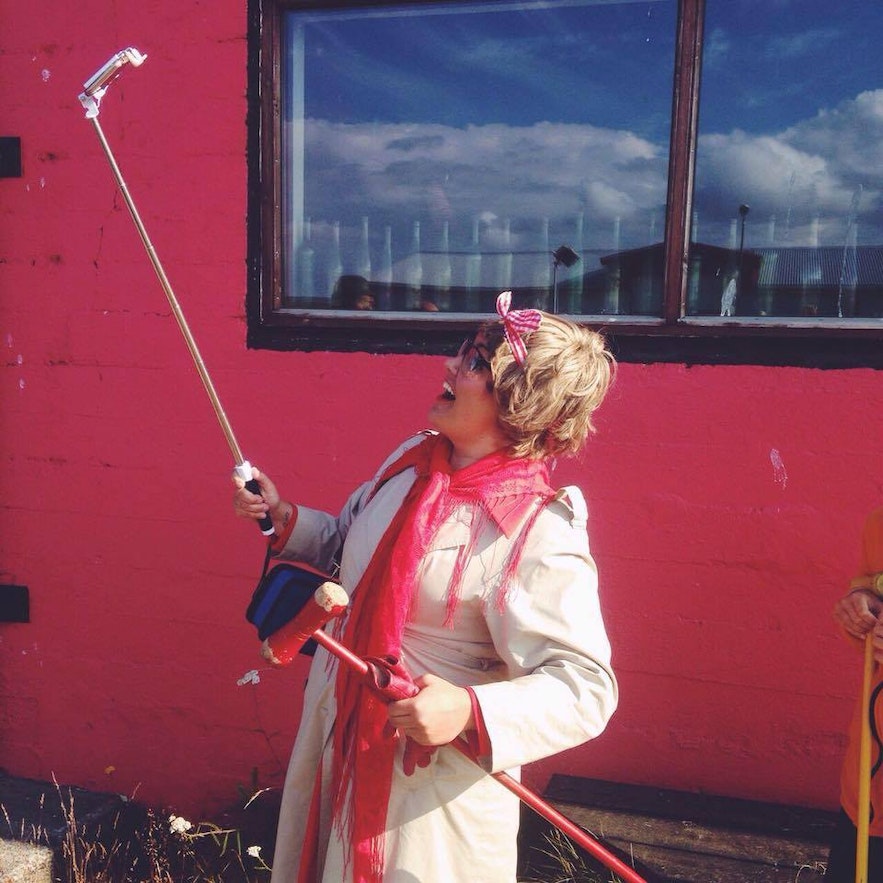 Halfway through the show fellow actor Ásmundur enters the show, bringing with him a goofy charm. Playing a post man that gets sucked into Didi wake, he plays straight man Didi’s antics. He also brings a grounded energy to the whole thing, preventing it from spinning out of control and bit of romance.

Clockin in at the hour mark, Grandma Didi’s One Night Stand (up) is an a riot of laughs and potentially a couple of tears. The Freezer is an Icelandic gem of a venue and hostel, with live performances ongoing throughout the summer. Even if you don’t plan on staying overnight its well worth the trip west to see recieve Didi’s wisdom on maintaining sexyness through to sixty!