Bloodred sunset in the North

Summer sunsets in the north west part of Iceland are unique, you can see the sun go down or the sun rise up again at the horizon and colour the sky and the clouds above you in blood red colour. Driving from Reykjavík to the north would take you around 3-4 hours.

The shipwreck Ernan in Skagafjordur, close to the town Sauðárkrókur. You can also see in the background the island Drangey and Malmey.

Four horses standing in the midnight sun in Skagafjordur. You can find horses everywhere in the north, they are very friendly and great to bring life to your picture. 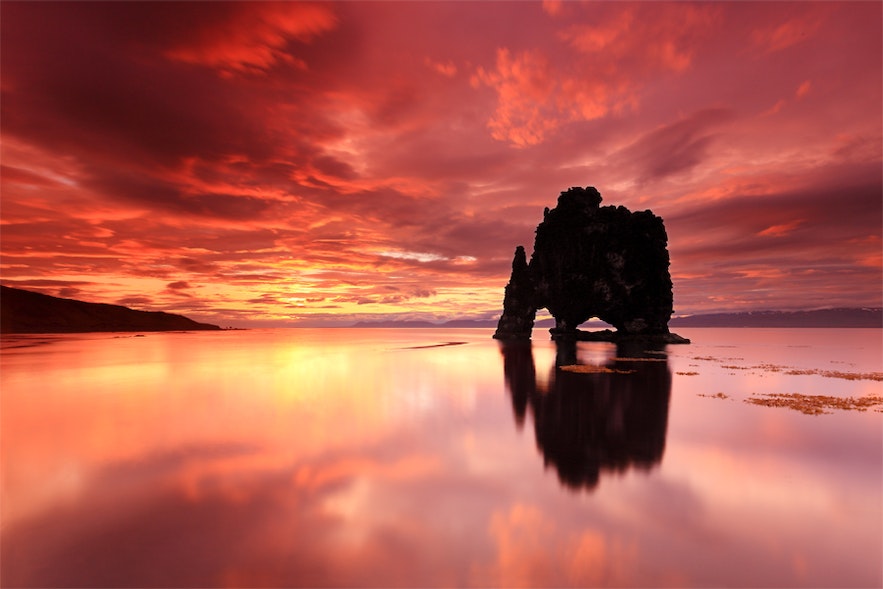 The magical rock "Hvítserkur" in Húnaflói stands alone in the swallow sea.

Hvítserkur is a 15 m high basalt stack along the eastern shore of the Vatnsnes peninsula, in northwest Iceland. The rock has two holes at the base, which give it the appearance of a dragon who is drinking. The base of the stack has been reinforced with concrete to protect its foundations from the sea. Several species of birds, such as gulls and fulmars, live on at Hvítserkur and its name comes from the color of the guano deposited on its rocks. 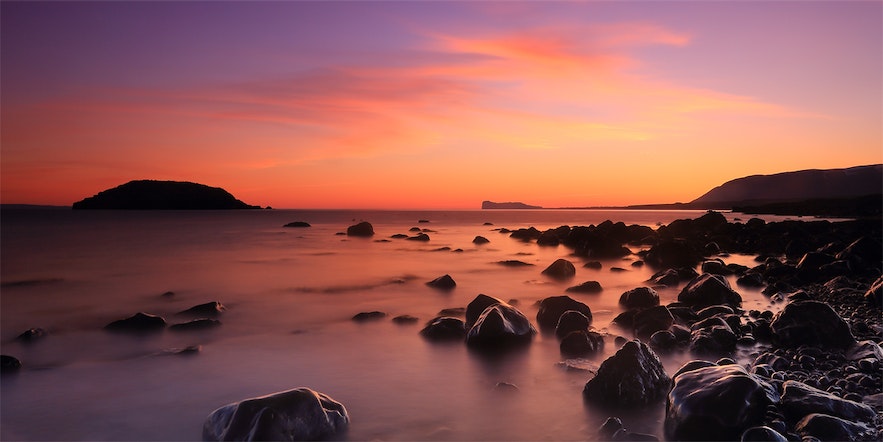 Kolkuós is an old harbour site in Skagafjordur, you can see the cape "Þórðarhöfði" in background. Summer sunset in Kolkuós, the estuary of the river Kolka. At the horizon is the small island Elínarhólmi on the left and cape Þórðarhöfði in the middle. Kolkuós is an excellent natural harbour and used to be the main harbour and trading centre for Skagafjordur. 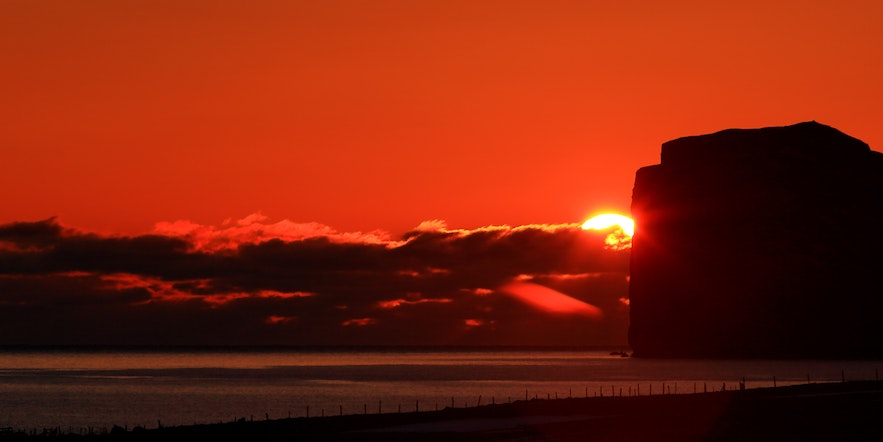 Here you can see the cape "Þórðarhöfði" better, the sun softly but surely going behind the cape to rest . 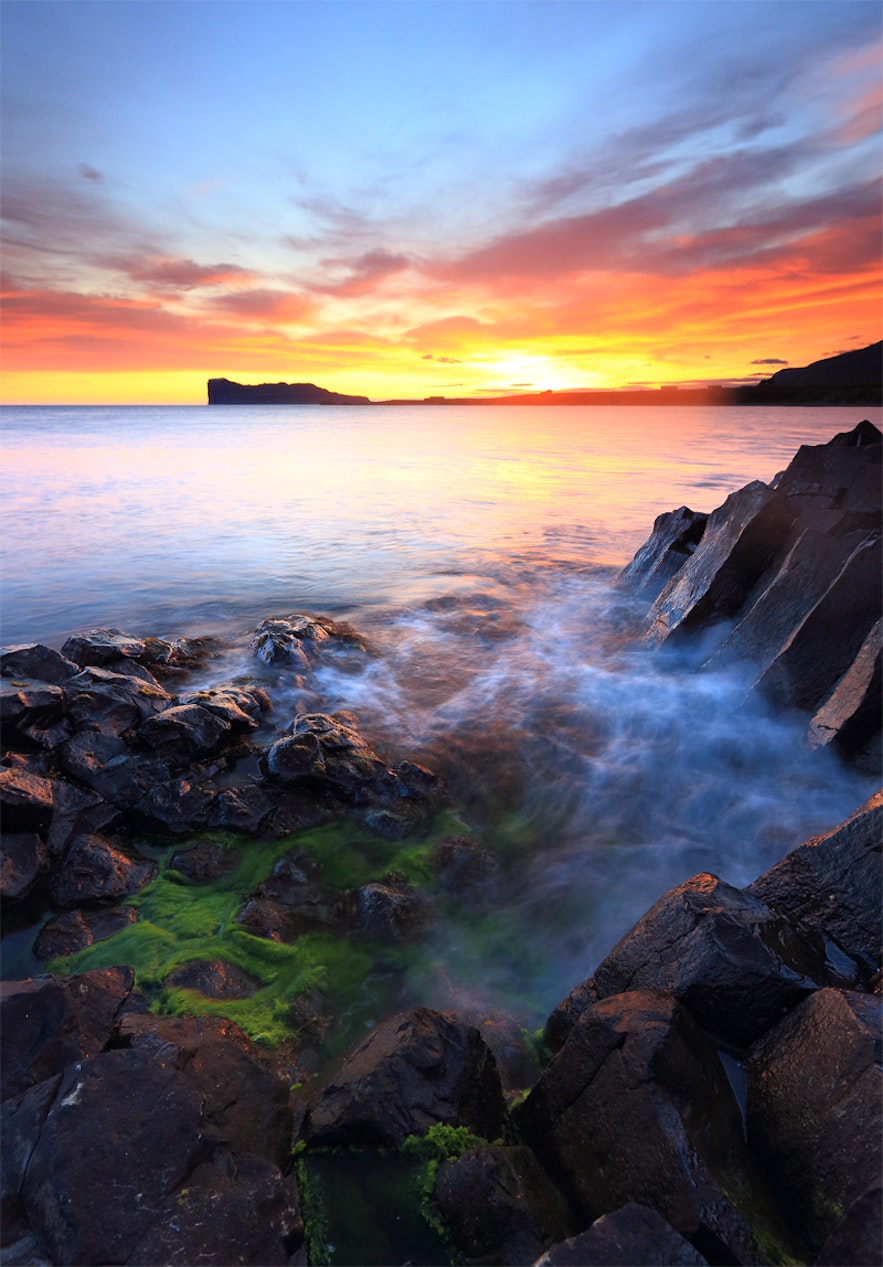 The cape "Þórðarhöfði" from a different angel, here with columnar basalt bay in the foreground.