Ice caves in Iceland are something unique and a must see during the winter time. We have a lot of natural made ice caves in our glaciers, most of them in the biggest one, Vatnajökull.

Ice caves are natural phenomena that are formed in glaciers during summer and can be entered in winter time. Most often they are formed by water running through or under the glacier and new caves are formed every year. 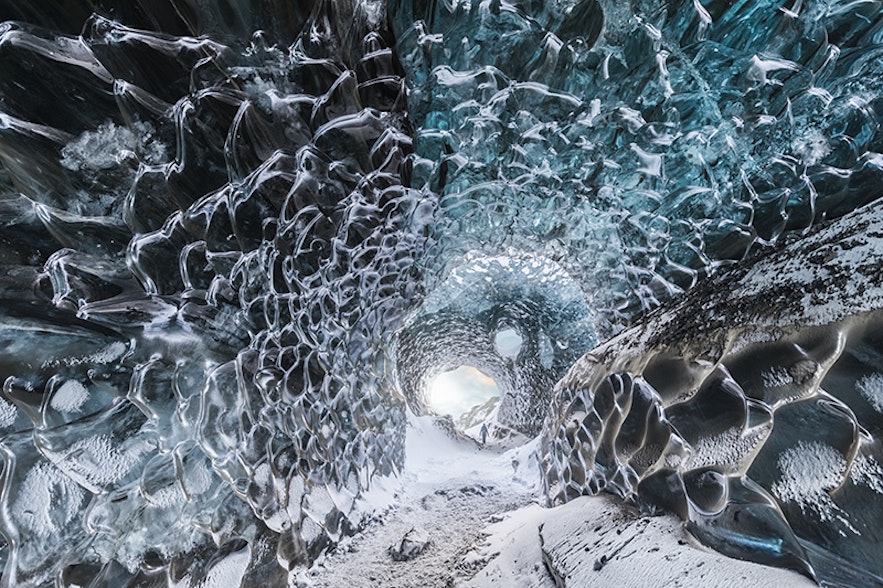 The texture of the compact ice, looking like blue glass or crystal is breathtaking and photographers dream to see and shoot. It's tricky to take good pictures of the bright entrance of the caves when standing in the dark cave.

What I did is that I took 6-8 pictures with different exposure with the camera on a tripod so I would get everything clear and bright - nothing burned out. You need to stack them in Lightroom or Photoshop. 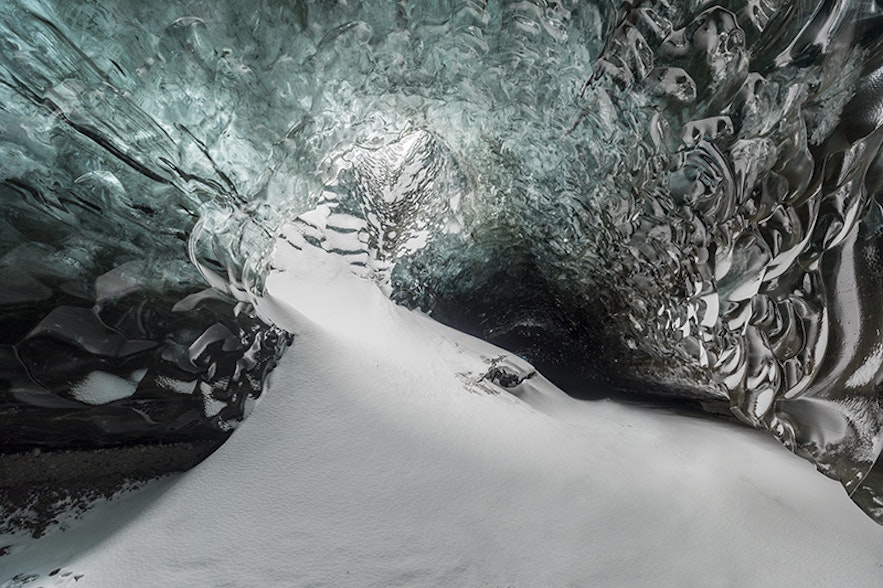 The colour in the cave and on the ice has to do with the thickness of the ice and the weather outside the cave. Sometime you see this swirl holes where the water was coming down in the cave during the summer. 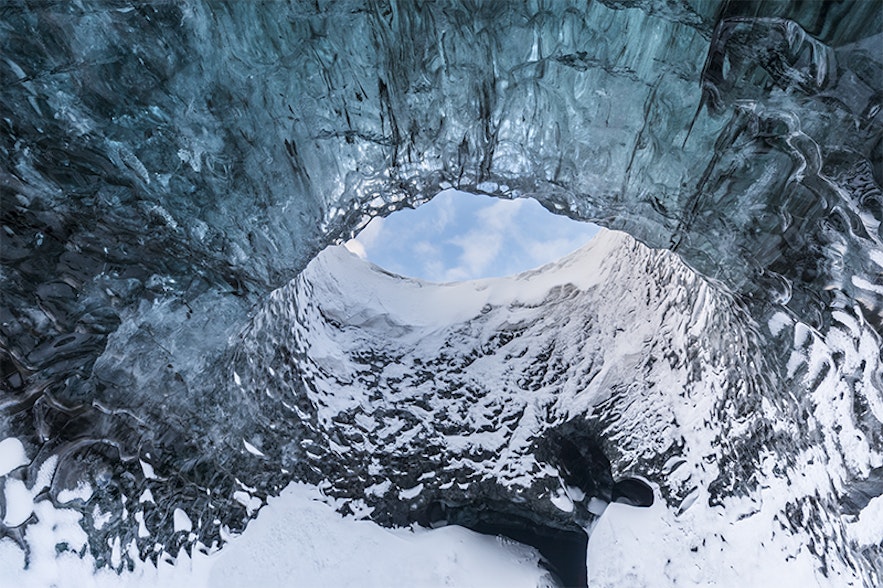 You have a few ice caves to choose from when you are finding a tour to see them. Most popular is the Crystal cave, it's easy to access but at the same time there are many people going there. It's not the best cave for photographers but if you just want to experience and see a natural ice cave then the Crystal cave is a good option.

The last picture is from the Crystal cave. The other pictures are from other caves, more interesting for photographers, less people but the tour is also longer and pricier, takes 6-7 hours with 3km easy walk on the glacier. It's all well worth it, two caves close to each other, one 300m long - both great to see and shoot. 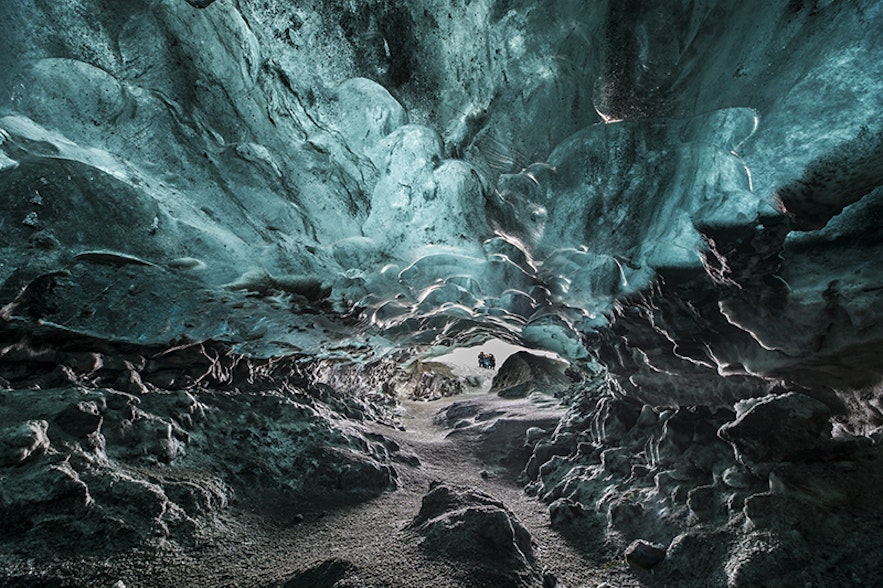 Picture from the Crystal cave in Vatnajökull

If you want to do a photo tour with me and see the magical ice caves, just be in contact.