The Milky Way in Iceland

Shooting the Milky Way in Iceland

From September when the nights get dark you can look for the Milky Way galaxy and try to capture it with your camera. Photographing the milky way is a good option when the northern lights are not visual or very weak. You need to have a dark night, no moon, clear sky and good distance from all light pollution from farms, town or cities. Usually my setting on the camera are for 30sec, f/2.8 and the lens as wide as possible and the ISO from 6400 till 12800.

This picture was shoot in September 2015 in Borgarfjordur with the old and graceful bridge over the river Hvítá. During the shoot a meteor passed by and made it more interesting. I was using Canon 5DM3 and 16-35mm II lens. My set up for this picture was; ISO 12800, f/2.8 and 30sec. 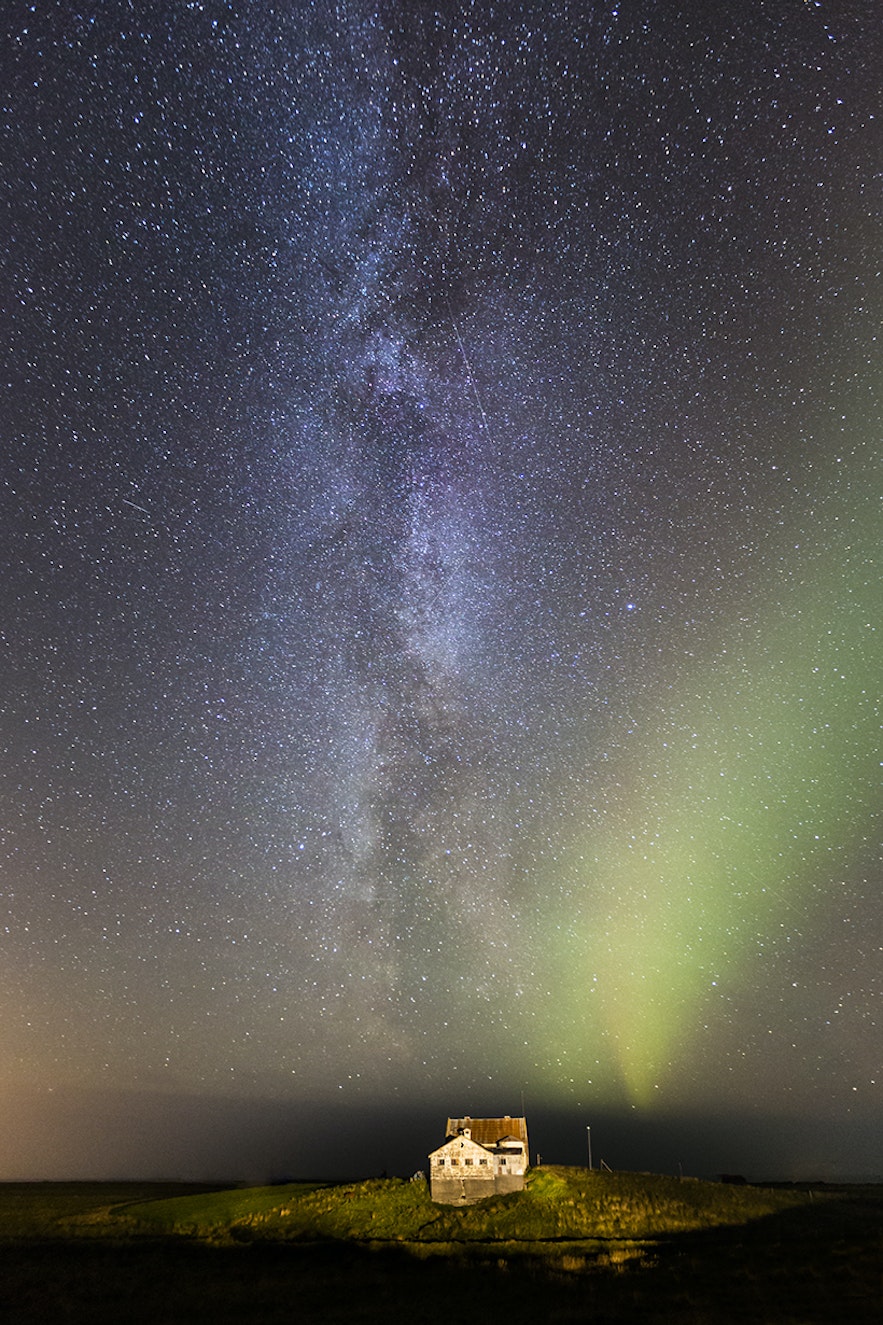 This picture was taken the same night infront of the abandoned farm "Fiskilækur" in Hvalfjordur. I used the parking light from my car to light up the farm. I was probably 200 meter away from the farm and I needed to dim the light on the farm afterwards in Lightroom. The settings where similar except that now the ISO was 6400. 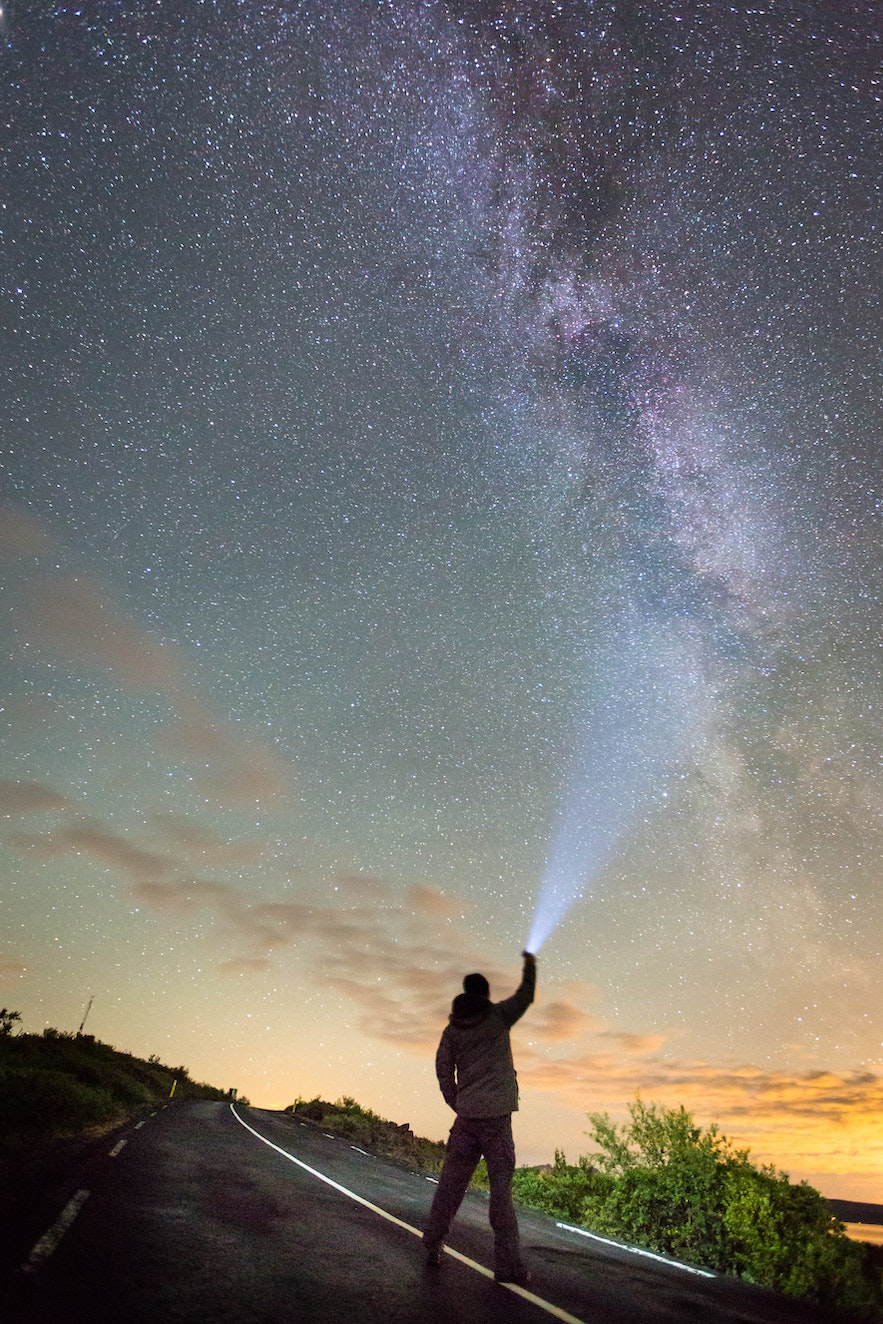 Here I am, myself playing around in Thingvellir. I used my headlight and pointed at the Milky Way, stood still for 30sec. 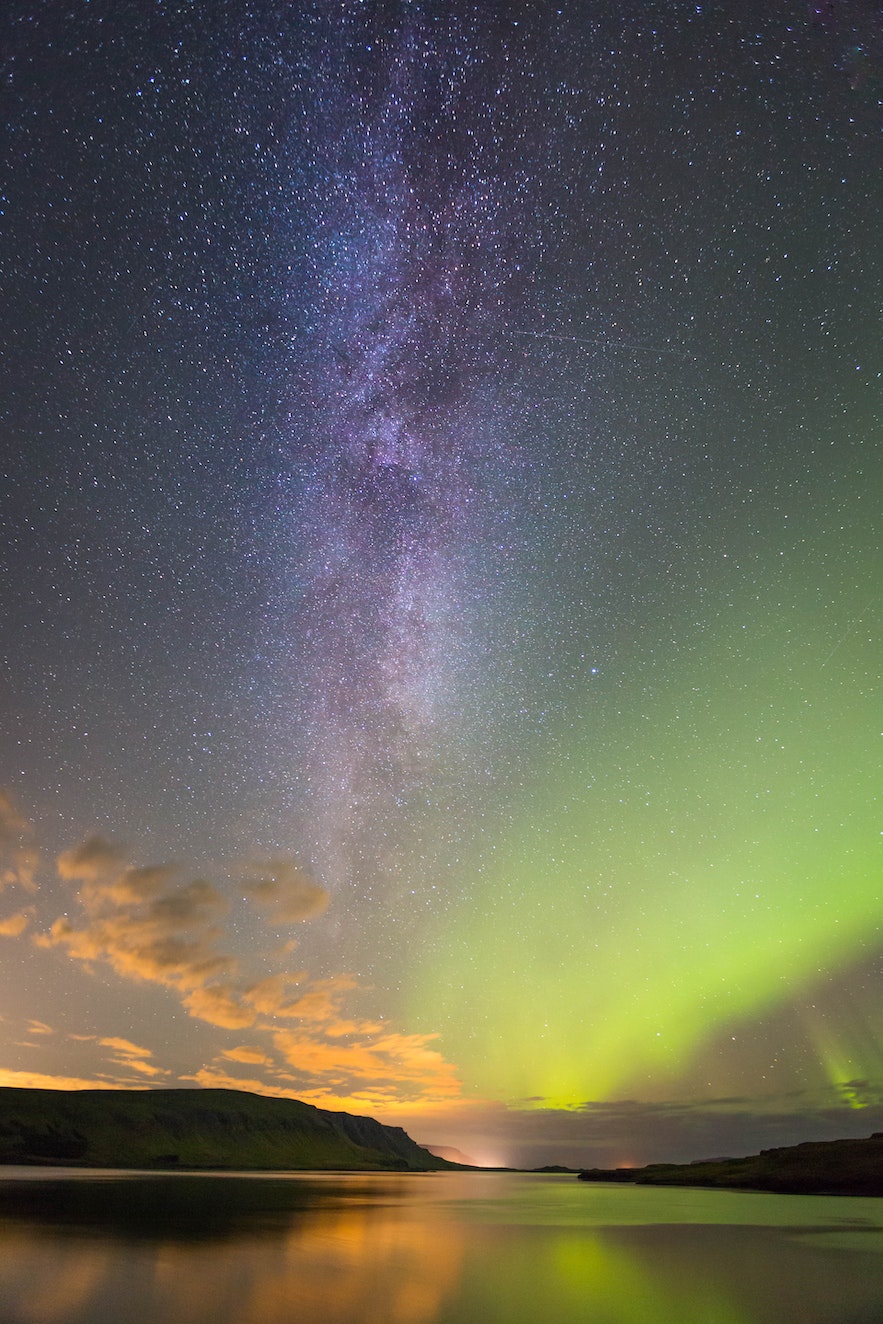 This one is taken in Hvalfjordur where I am looking out to the sea from the bottom of the fjord, the orange colour is coming from Reykjavík 50 km away. 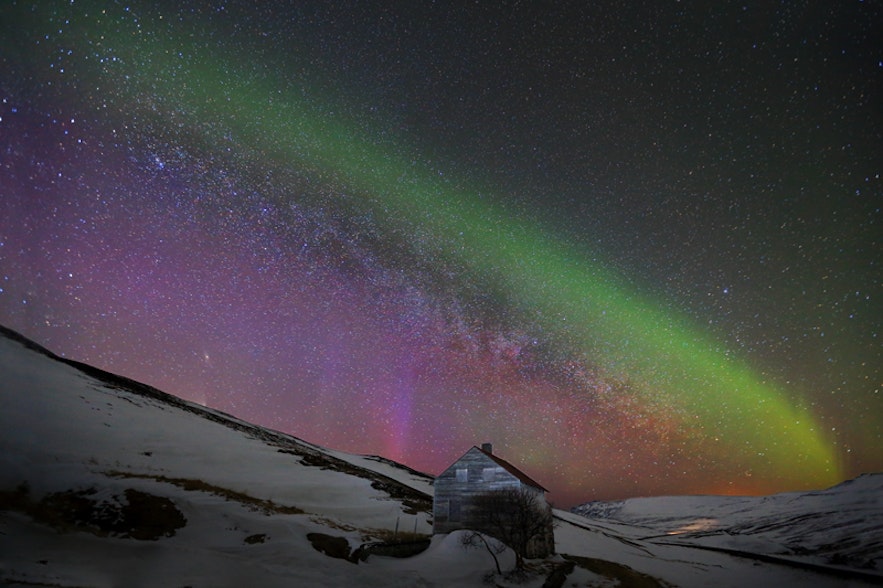 This one was taken few years ago on a mountain road to the town "Sauðárkrókur" in Skagafjordur. The Milky way and the northern lights lay together across the sky, the abandoned house "Illugastaðir" made the picture more interesting. 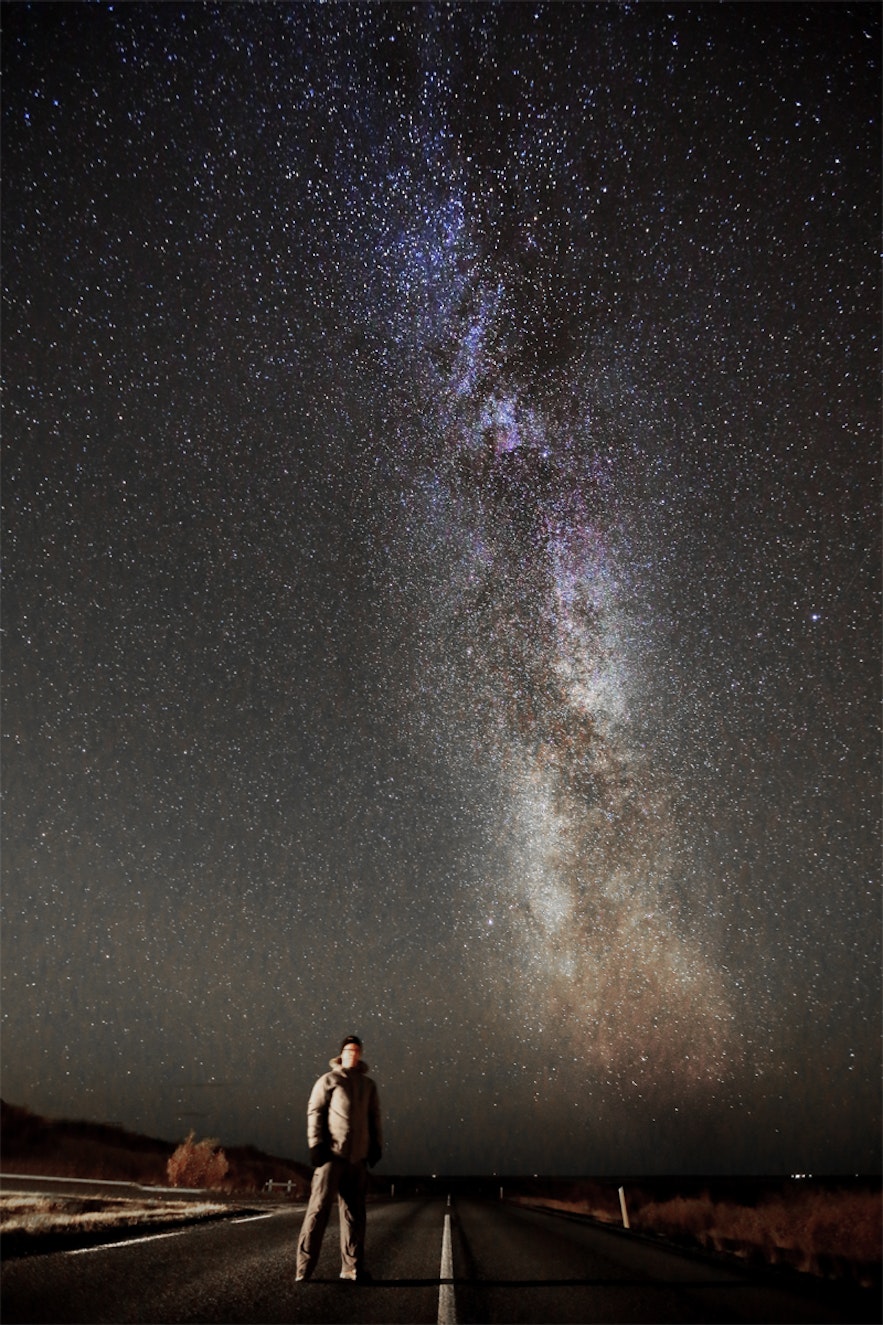 Finally, self portrait where I was standing on the national high way nr. 1 with the Milky way in the back. My face was little bit blurry because I looked once behind me, checking out for some cars coming this way.

Some facts about the Milky Way

The Milky Way is a barred spiral galaxy, about 100,000 light-years across. If you could look down on it from the top, you would see a central bulge surrounded by four large spiral arms that wrap around it. Spiral galaxies make up about two-third of the galaxies in the universe.

Unlike a regular spiral, a barred spiral contains a bar across its center region, and has two major arms. The Milky Way also contains two significant minor arms, as well as two smaller spurs. One of the spurs, known as the Orion Arm, contains the sun and the solar system. The Orion arm is located between two major arms, Perseus and Sagittarius.

Curled around the center of the galaxy, the spiral arms contain a high amount of dust and gas. New stars are constantly formed within the arms. These arms are contained in what is called the disk of the galaxy. It is only about 1,000 light-years thick.