Everything you need to know about the northern lights

What are the northern lights?

Essentially the northern lights are formed by collisions between gaseous particles in the Earth's atmosphere with charged particles released from the sun's atmosphere. Variations in colour are due to the type of gas particles that are colliding. The most common aurora colour, a pale yellowish-green, is produced by oxygen molecules located about 60 miles above the Earth.

All-red auroras are produced by high-altitude oxygen, at heights of up to 200 miles. Nitrogen produces blue or purplish-red aurora. The lights of the aurora generally extend from 80 kilometres (50 miles) to as high as 640 kilometres (400 miles) above the Earth's surface. 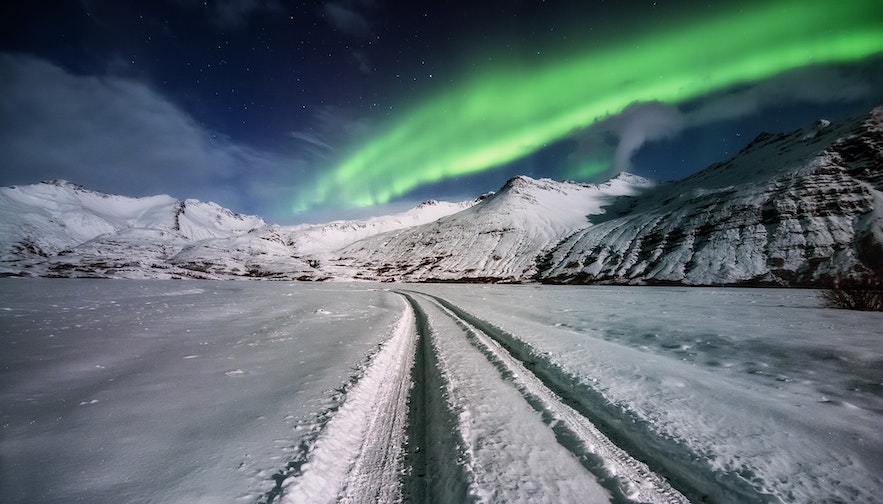 When is the best time to see the northern lights?

The sun is the main reason we can observe the lights. However, there are other prerequisites that you should consider before starting ''the hunt''. Researchers have discovered that the sun has an eleven year cycle when number of sunspots that are visible on the sun increase. During the peak of this cycle, solar flares are released more frequently, therefore increasing the chance to observe aurora. Last peak was in 2013 and currently we are in the beginning of a new cycle. But do not despair, activity might be lower, but it's still there.

As you can observe in these NASA images, sun is constantly releasing high amounts of energy seen in as bright spots. So, the next challenge is to predict when this energy will reach Earth's atmosphere. There are number of web pages that offer predictions, but there's a problem: we have yet to find a way to correctly predict the time interval between the solar flare and its collision with Earth's atmosphere. Our current time window is something around 24 hours. So, even when we observe a sudden increase in solar activity, our prediction of when it will reach the Earth can be off by quite a margin. In light of all this, my suggestion is that while it's recommended to use these predictions, you can not completely rely on them.

Due to the fact that these processes happen high in the atmosphere, you need clear skies to observe the northern lights. So, it's important to check cloud cover over the area you are in. Also, take into an account that in Iceland you mostly observe lights towards the north. However, that´s not always the case and they can appear right above you or even towards the south.

From my experience in Iceland, you can start to observe northern lights when the night skies are dark enough to observe stars. So, from around end of August up until end of April. And even though most of the sources state that the best time to observe them are midnight, my experience is that they can appear right after sunset and can be seen just before sunrise.

Generally northern lights appear in short bursts, with changing intensity. Sometimes they can be active only minutes, sometime they last for hours. There is a useful chart that measures aurora activity in Iceland. In this chart you can see when, in the last 24 hours, activity was recorded in the earth's magnetic field.

(Steady line means no activity. Spiking of the line means aurora was present). 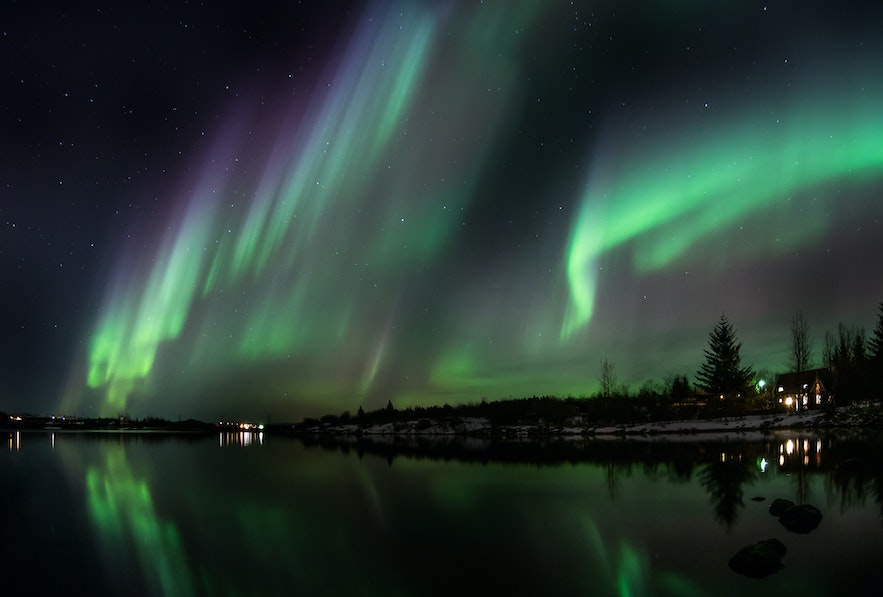 Where can I capture the northern lights?

So, we have established that in order to observe northern lights you need increase in solar activity and clear night skies. But there is few other things you must take into account to observe them more clearly. First - get away from any artificial light source. The farther the better. In Iceland you generally don't have this problem except for Reykjavik and even then it takes few minutes to drive somewhere where city lights will not get in the way. 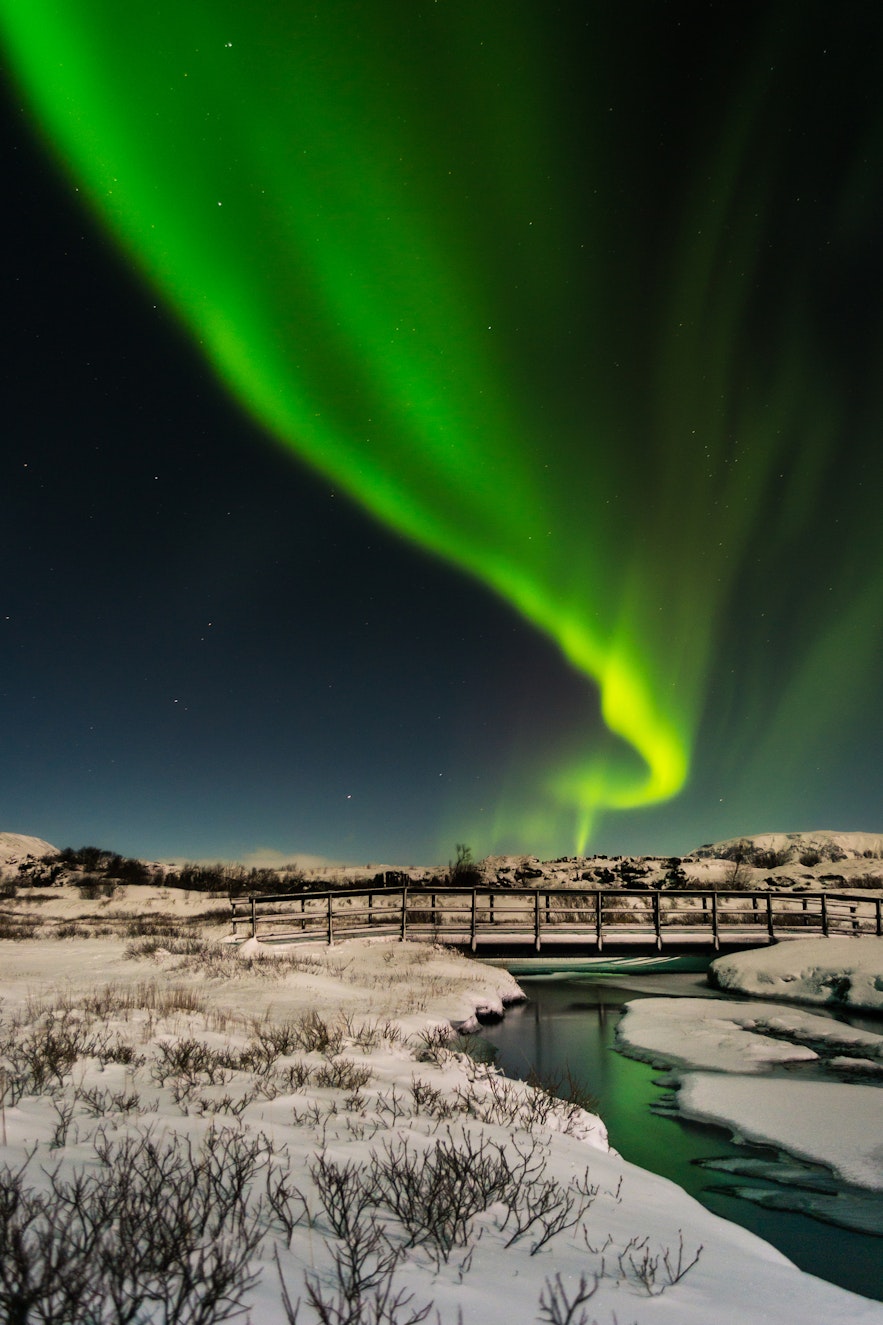 How can I photograph the northern lights?

Technically you can take a picture with a smart phone, but it's very challenging, so I would not recommend to go aurora hunting with an Iphone. However, you don't need a cutting edge camera either. All you need is a camera that allows you to set ISO, shutter speed and aperture. Preferred ISO will depend on your camera capabilities, lens and strength or aurora. Generally it will wary from 400 up to 1600 ISO. I would recommend to play around and see what works best.

Ideally you should choose a fast lens with an aperture close to 2.8f. Faster the lens, more light it lets in, thus allowing you to shoot with lower ISO and shutter speeds. Another important aspect is focal length. In order to expose correctly, shutter speeds should be set up up to several seconds. Due to the Earth's rotation, depending on your lenses focal length, after certain period of time, you will start to notice star trails in your picture. There are charts that can help you to work this out, so stars in your picture appear as perfect dots and not as streaks across the skies. 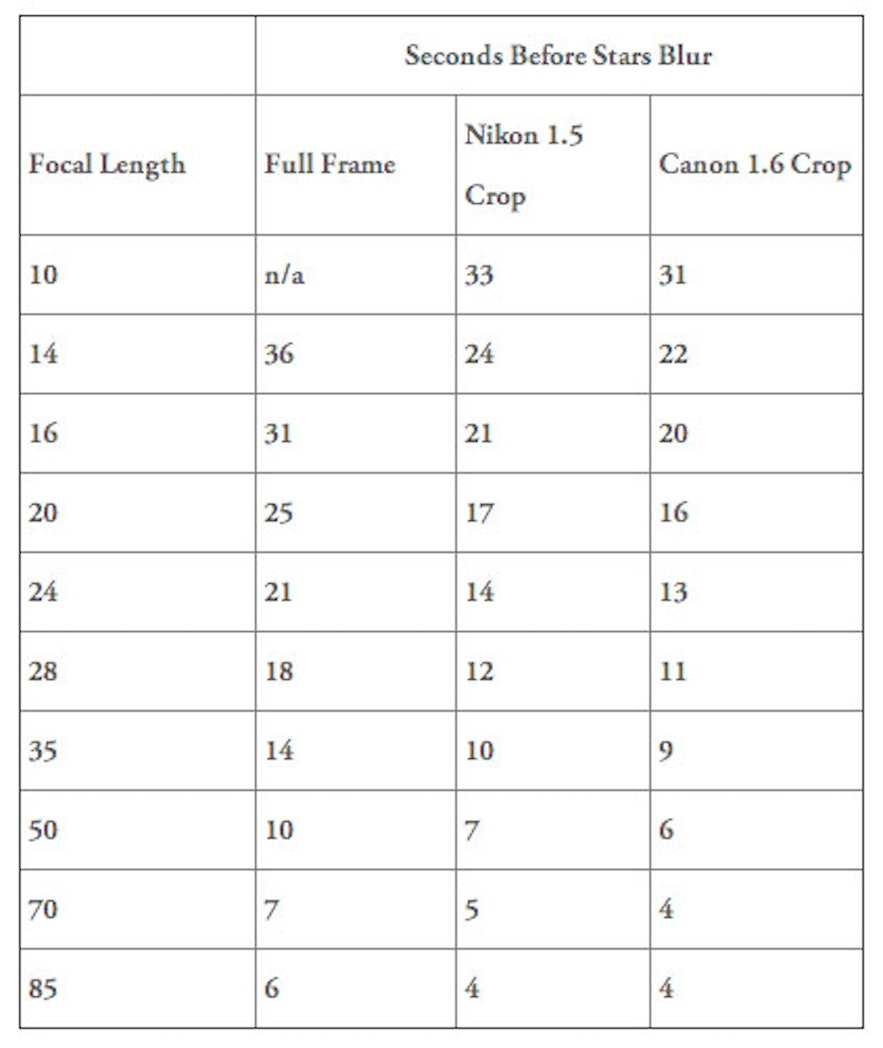 Many people overlook this, but focusing can be rather tricky when shooting northern lights. You want to set your focus to infinity and if you're lucky you can just focus on the moon as it's bright and far enough to do the trick. If you don't have such luxury, there are several tricks to still get the focus right. On a wide angle lens stars appear too small to focus correctly.

You can try to find another source of light bright enough to focus on. Keep in mind though, that this source should be at least few hundred meters away from you. Another way is to work it out manually. There is a certain position on your lenses focus ring that will set it to infinity. Only way to find that out is to experiment.

Having a sturdy tripod is as essential as a camera or a lens. As I mentioned previously, to achieve right exposure shutter will be opened for several seconds. In this scenario, any camera shake will make your picture blurry. So, ideally you want to place your camera on a good tripod and use either a remote or a timer to trigger the shutter.

This is more of a discussion about certain preferences. What people like to see in their picture and so forth. However, keep in mind that in this day and age there are millions of pictures of northern lights. To make your picture more unique, you should always try to aim to incorporate an interesting subject in your foreground. Just a picture of aurora doesn't cut it anymore. On a completely dark night it might be hard to take a properly exposed picture of anything other than the sky.  And so here comes the moon to save the day again. I have found that the moonlight can be bright enough to illuminate the whole scene and yet allow you to take properly exposed aurora. Results can be stunning and otherworldly. 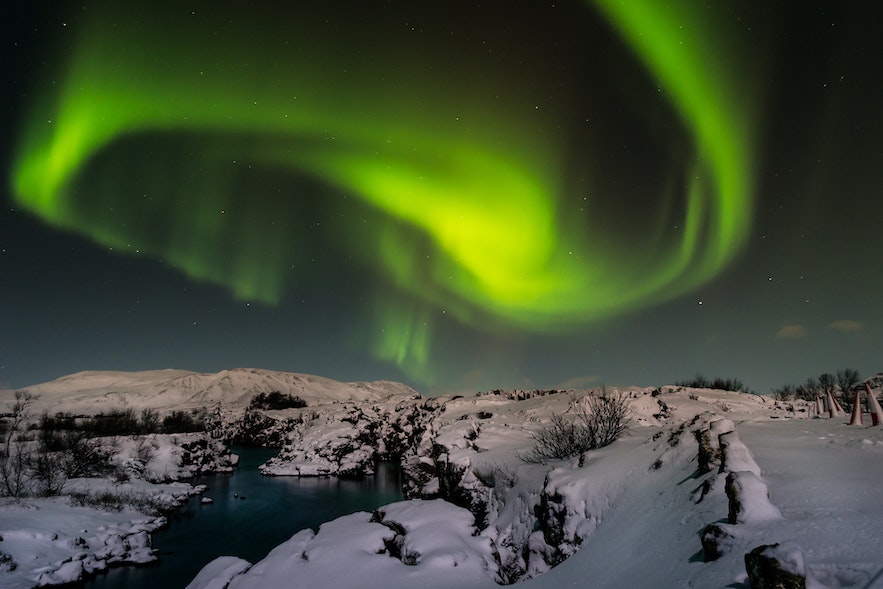