What to photograph in Snæfellsnes

If you only have a day or two to spend in Iceland, but would like to capture some of the best landscapes Iceland has to offer, Snæfellsnes peninsula should be on your priority list. Located just north of Reykjavik, this 100km long peninsula is packed with amazing landscapes, mountains, fjords, waterfalls, caves, charming little villages, sea cliffs, beaches and even a glacier. One might think, that it´s almost like Iceland within Iceland. Obviously each place is unique, but as a compressed version of Icelandic landscapes, Snæfellsnes is a perfect destination for photographers.

If driving from Reykjavik on the road 54, before reaching peninsula, there are few stops you should make. First a crater called Eldborg. To reach crater itself will take a rather long hike, and honestly I have not done it, but you can take a picture of the crater from a distance and with Snæfellsnes mountains in the background, it can serve as a rather interesting and dramatic scene. Just little further up the road from the crater is a row of basalt columns called Gerðuberg. Maybe not the most spectacular basalt structures in Iceland, but still worth the stop. 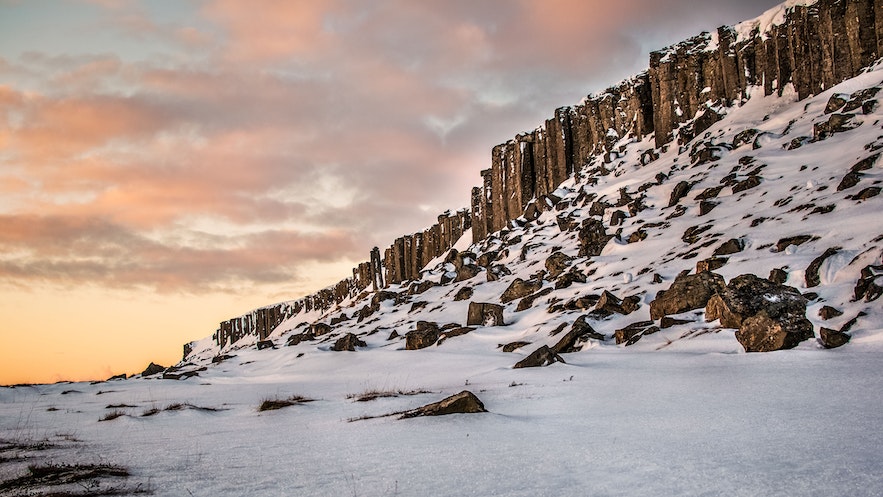 If you turn from road 54 north to 56, before starting the descend from the mountain, there is a small lake called Selvallavatn. There is a parking space just after crossing a small bridge. If you follow the small river nearby, you will reach a nice little waterfall. 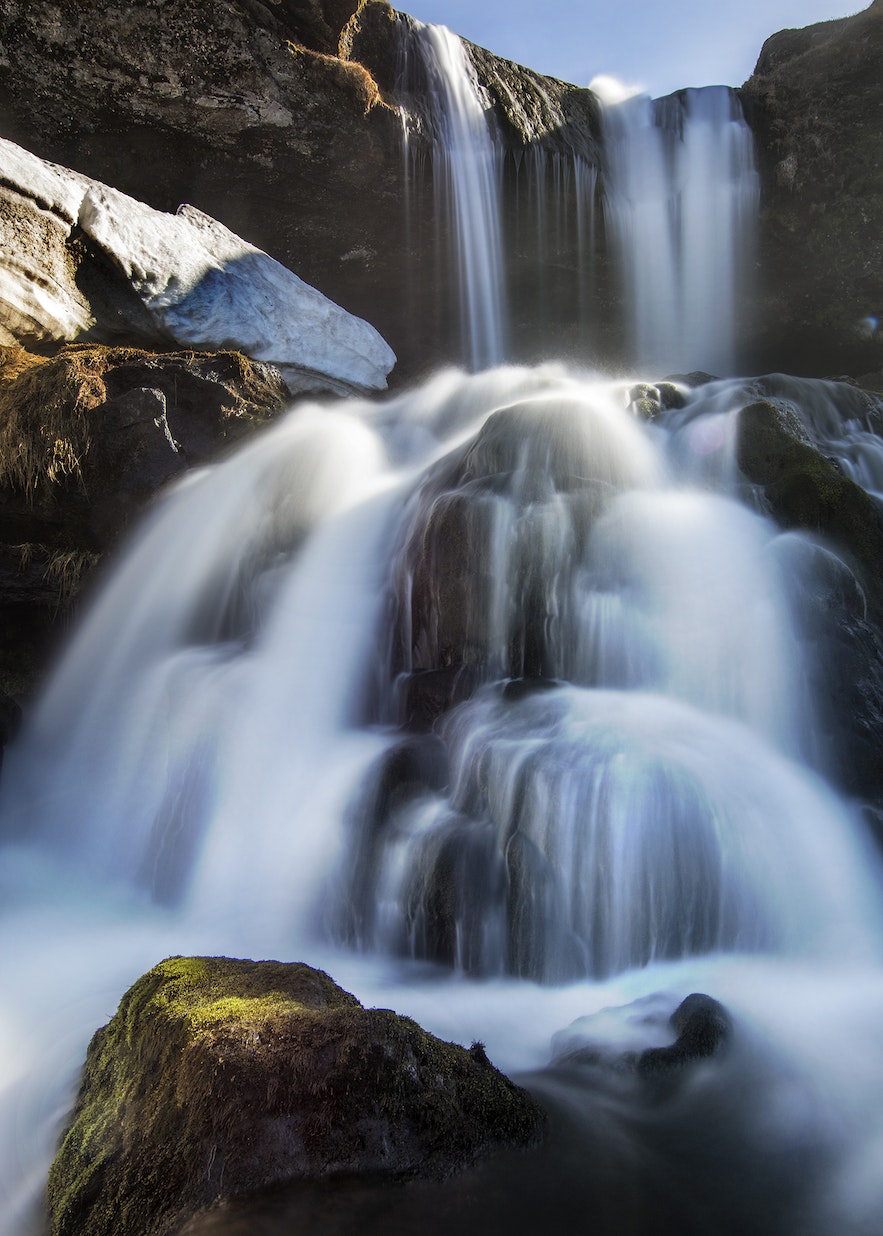 I enjoy stopping here every time i cross this road. There are no signs leading to the waterfall, so I suspect that it´s missed by a lot of tourist that are in the area. Also, area nearby is beautiful, with remains of dramatic volcanic activity.

When going downhill while on the road 56 you will reach crossroads with road 54. If you have time, I would suggest to turn east and follow the road to check out Álftafjörður. It´s a small fjord surrounded by high mountains and in my opinion is a great place to capture some great shots. 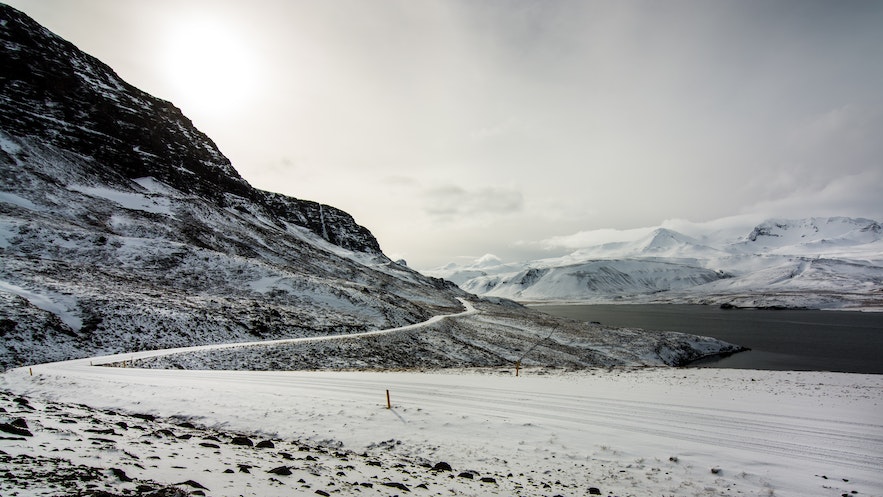 If you follow the road 56 it will lead you straight to Stykkishólmur. This lovely village has been recently made famous by being a shooting spot for a movie Secret Life of Walter Mitty. It also has a charming harbor surrounded by basalt formations from which you can see Westfjords and countless islets of Breiðafjörður.

You can skip Stykkishólmur and Álftafjörður altogether and turn west on road 54. Soon after you will reach a turn to Bjarnarhöfn. Farm where you can check out how they make that nasty fermented shark. Area itself is also interesting, where you can explore lava field named Berserkjahraun. 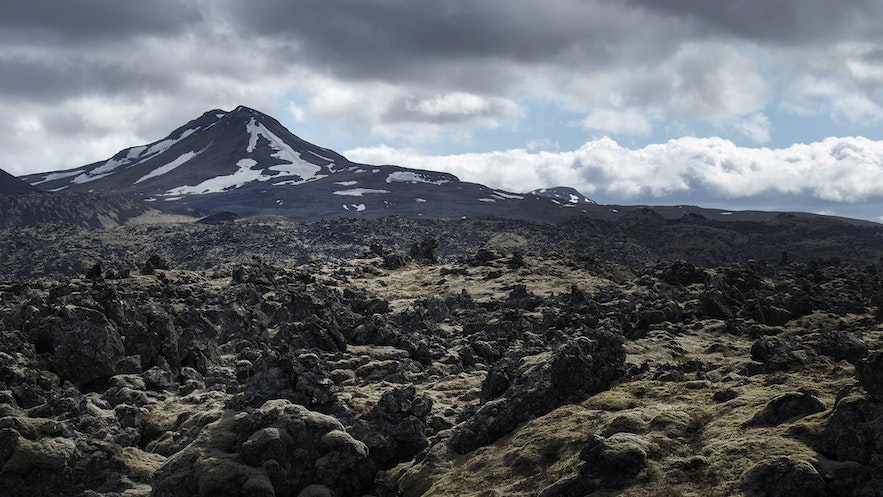 I will not go into it, but there´s a rather interesting mythical story behind it´s name. Close by, surrounded by this lava flow, is a lake called Hraunsfjarðarvatn. Another place where you can just explore and be sure to find some interesting compositions for great landscape shots. 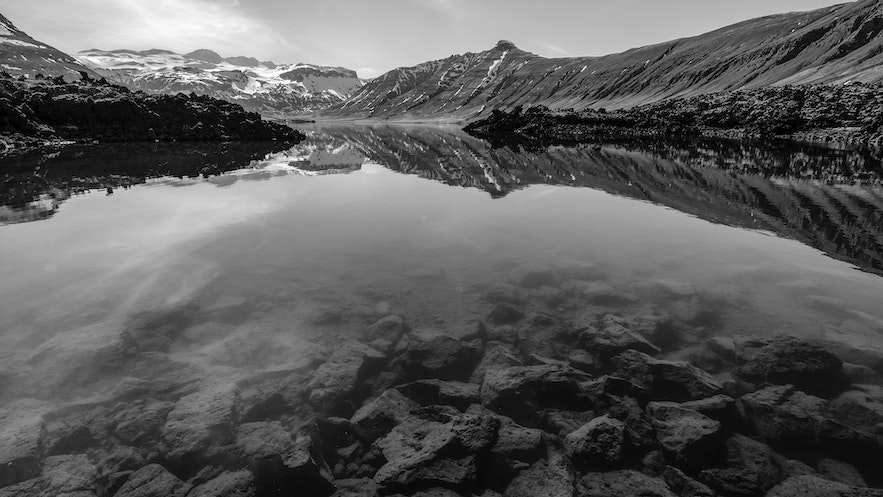 Next stop is probably one of the most famous spots in Iceland. Kirkjufell and Kirkjufellsfoss. Kirkjufell is a 463 meters high mountain, which is spectacular by itself, but I would argue that to get the most impactfull composition is to combine this mountain with the waterfall (Kirkjufellsfoss), which is right next to it. If you would randomly search pictures of Iceland, I´m absolutely sure, that this scene will come up.

I´m sure that there are few places that would be worth mentioning, but generally after leaving Kirkjufell, I hardly find myself stopping anywhere until I reach Hellissandur village. Right after leaving the village, Snæfellsness national park begins. Generally I would not say, that area of the park is more spectacular than rest of the peninsula, maybe even on the contrary. However, there are many interesting spots worth a look. With Snæfellsjökull glacier right on the edge, this park is basically a huge lava flow field with different types of beaches (rocky beaches, black sand beaches, pebble beaches and even golden sand beaches). First place I would like to specifically mention is Djúpalónssandur. Needless to say, this beach is surrounded by a lava flow field. Additionally, there are few places around that look really interesting. You can wonder around this beach or take a small hike to the nearby Dritvík. Less than 10 kilometers further are another place with very interesting rock formations on the beach. You can get a great picture of Lóndrangar by climbing up þúfubjarg cliffs. 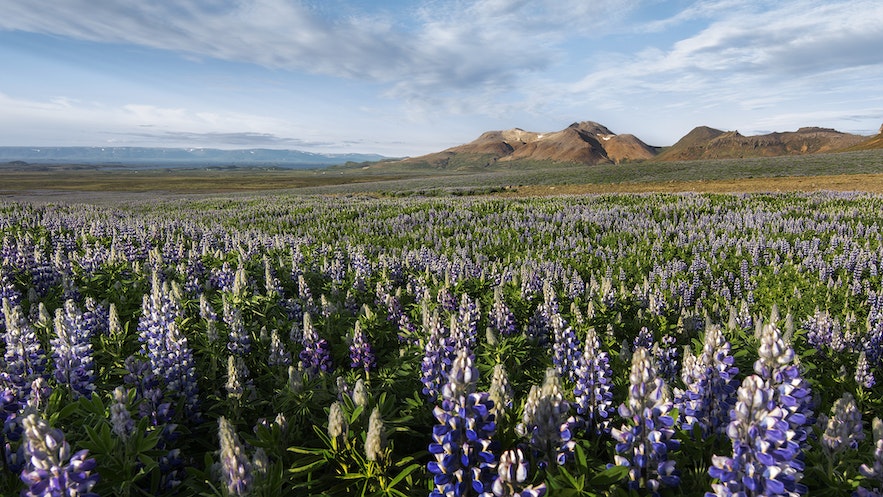 Another 10 or so kilometers away are two small villages (Hellnar and Arnarstapi). Once again, area is full of great photographic opportunities of cliffs and rock formations on a rigged and lava scarred beaches. You can just hike all the way from Hellnar to Arnarstapi. 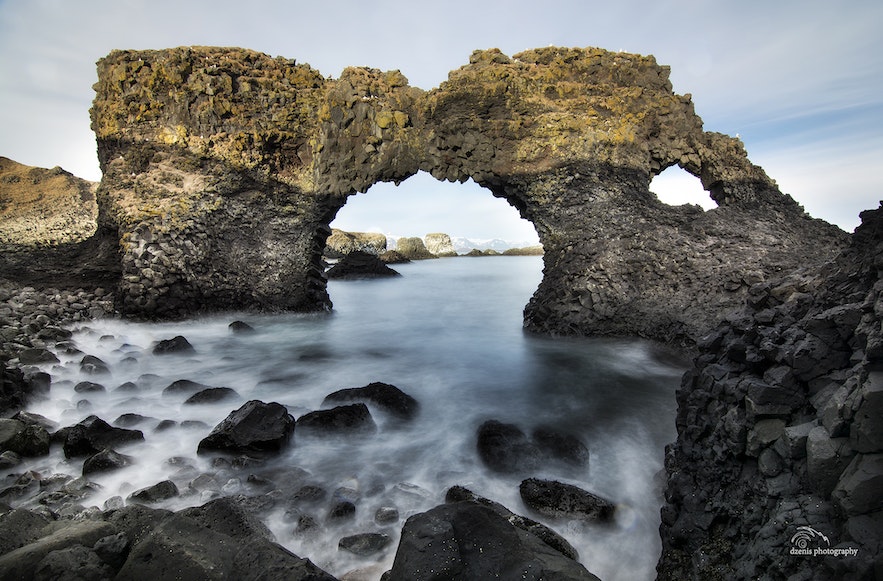 Be sure to check out harbor in Arnarstapi harbor. Look around and you can notice few interesting compositions with inclusion of nearby mountains (namely Stapafell). 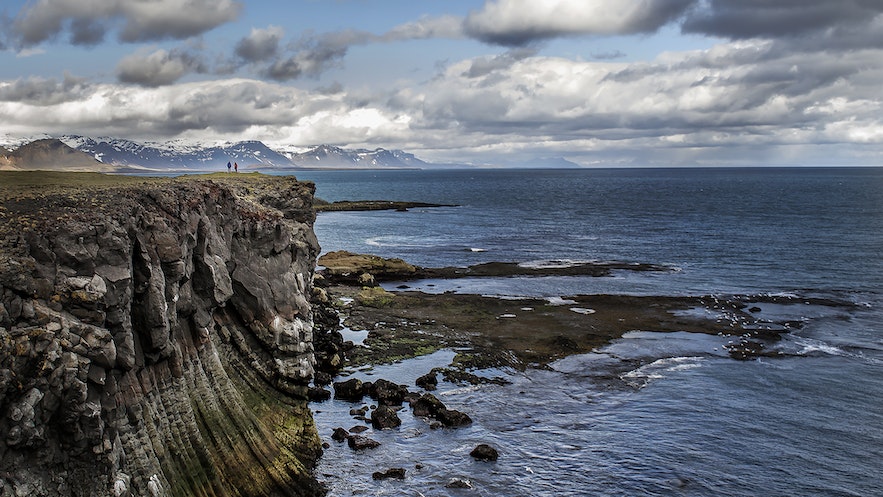 Last place I would like to mention, before heading back, is Búðahraun and Búðir church. You might have enough of seeing lava fields and rocky beaches, but this small black church Búðir is particularity photogenic. Depending on the weather and time of the year, you can get a really nice shot. 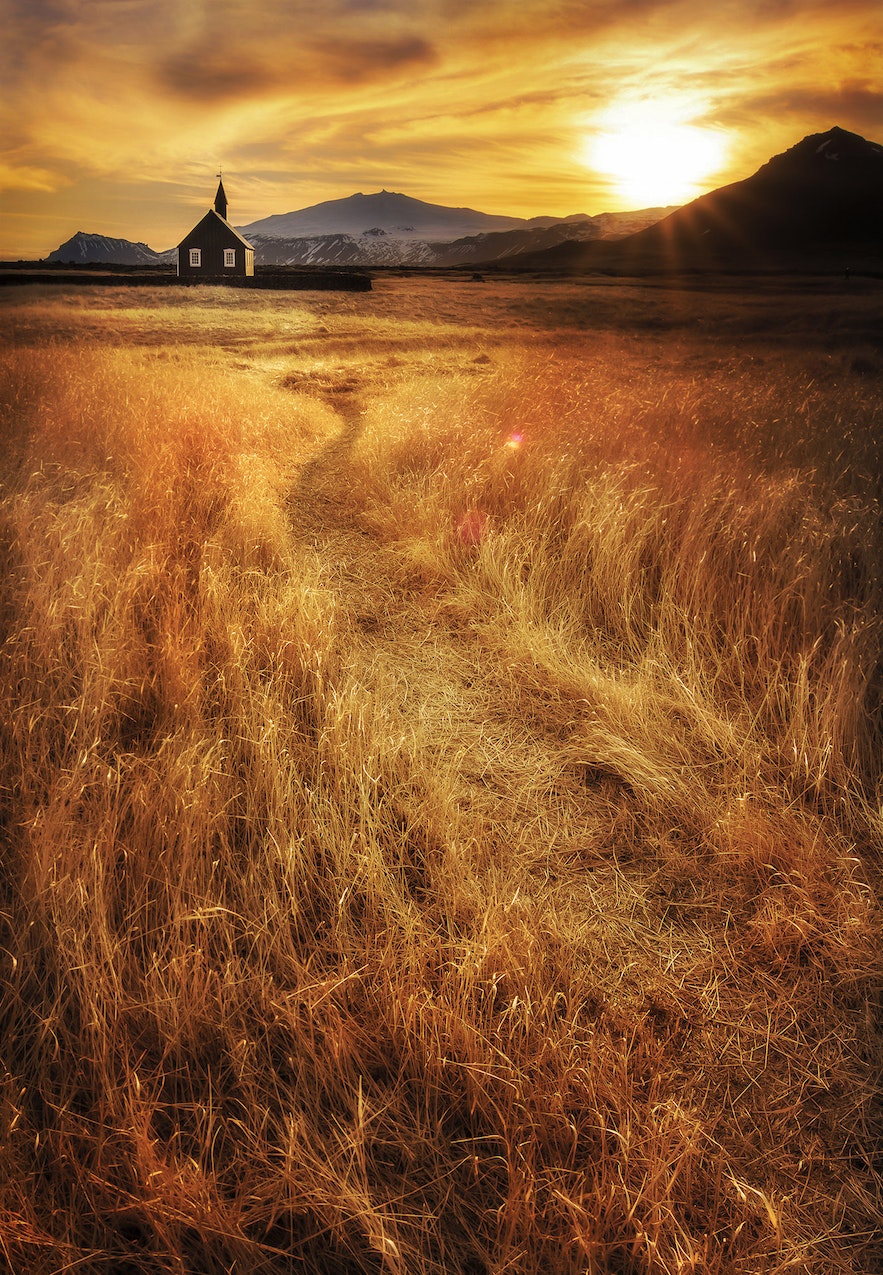 Travel safe and shoot as much as you can!