One of my dreams was to see the northern lights at least once during my lifetime.  Growing up in Philippines, I discovered it online and could only see pictures of it.  To me it seemed like such a very magical thing and I can still remember the first time I witnessed it in Iceland.  My husband called me to go outside in the middle of the night in my pajamas (taking my winter jacket with me) and I saw this green smoke of light in the sky.  It stayed on a few minutes and moved until it disappeared.  The most common color is green but it could also come in other colors like bluegreen, orange, yellow and pink.  My husband says the northern lights is caused by a solar wind in the sky.  To me it seems like something just right out of an X-men movie.

I went along when my husband Egill was guiding a Northern Lights tour with Reykjavik Excursions earlier this year  (March 2015).  These tours occur in the winter time (early as September to end of March).  You get driven on a bus to a spot they find for you to see the northern lights without clouds or light pollution.  One thing to remember is to bring a professional camera because a regular one or camera phone won´t be able to capture it.  It requires a camera with long exposure features and a tripod.  Here are some photos from my husband's camera. 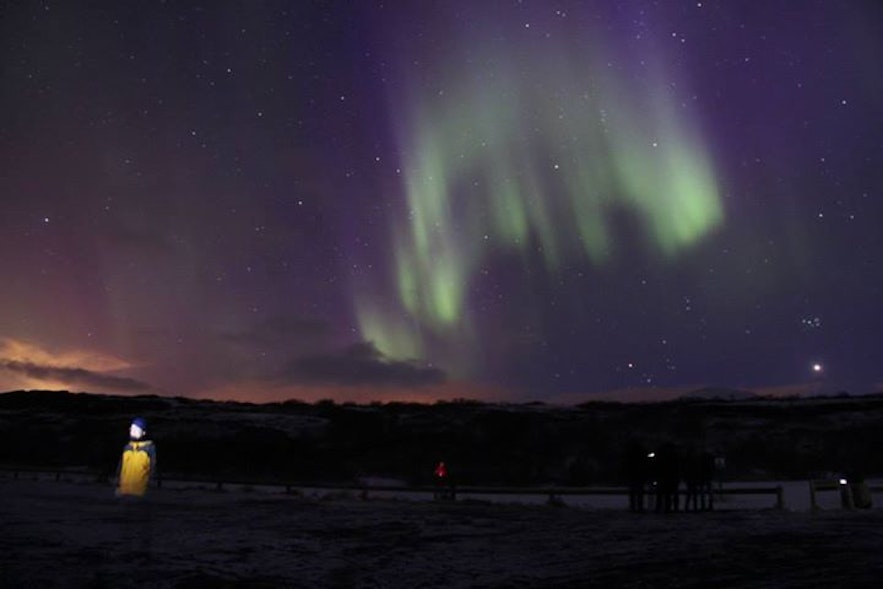 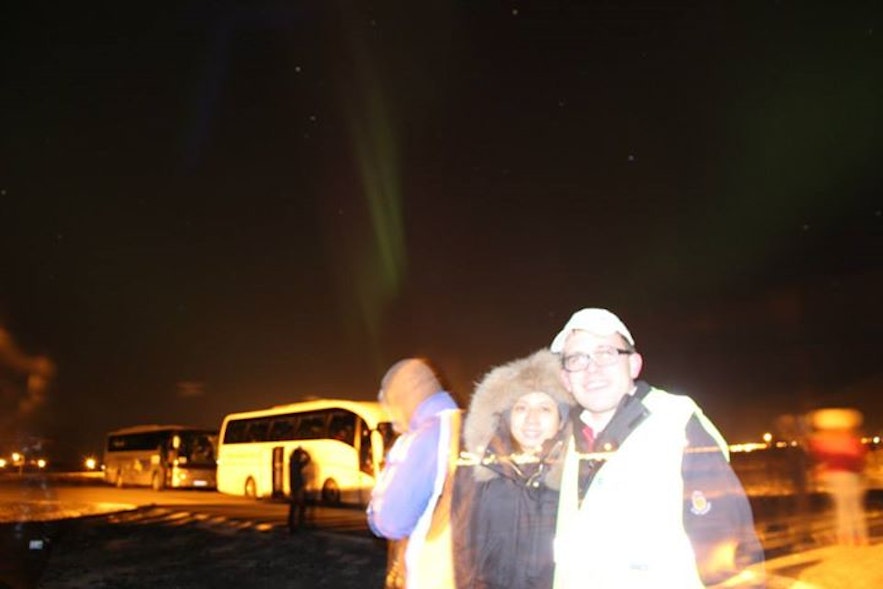