How do you tell the difference between a local or a traveller when you’re in Iceland?

Well, Icelanders don’t really need to be told how to do this, since we really have a knack for spotting our own kind when we walk down the street. Even before you hear someone speak, a person can really look Icelandic somehow, without really placing your finger on why… but, how they dress often gives them away. Here are a few key things to look for when spotting a local:

When it rains in Iceland, as it often does, it seems natural to bust out your umbrella and stay dry underneath it. But, a local will explain to you that it doesn’t rain down in Iceland, but sideways, so the only way your umbrella will help you is if you have one on all sides. And besides, the wind will usually invert your umbrella, break some spokes, or have you carried away like you’re trying to imitate Mary Poppins, so next time it rains, leave your umbrella at home.

Getting naked in the swimming pool change room

Swimming culture is alive and well in Iceland, with around 16 public pools just in the Reykjavik capital area. It’s a social thing to go to the pool, and commune in the hot-tubs catching up on gossip. But, watch out for locals in the change rooms, since we’re the people who strip down, strut around naked, and soap up in the shower without any shame.

The tourists are usually a bit more awkward, wrap themselves in a towel when they can, keep their back turned in the shower, and try to get away with keeping their bathing suit on as long as possible. Just watch out the shower lady doesn’t catch you, since she’ll stand there and demand you strip, and watch and wait until you’re butt naked.

The main shopping, dining and nightlife street is full of locals and tourist all year round, but even in the dead of winter, Icelanders will wear their business jackets, shiny shoes, high heels, and leotards. They’re always dressed as if they’ve come from the office or off some high fashion runway, from coffee time in the morning to party time late at night.

The tourists, on the other hand, prepare themselves for all the elements, and wear their hiking boots, snowboard pants, winter parkas, gloves and scarves, just for a leisurely stroll. Even in the summer, which isn’t really so summery or warm, they’re decked out in their windproof outer layers and waterproof boots, which is actually not such a bad idea, but try the Icelandic way one day if you want to camouflage in. 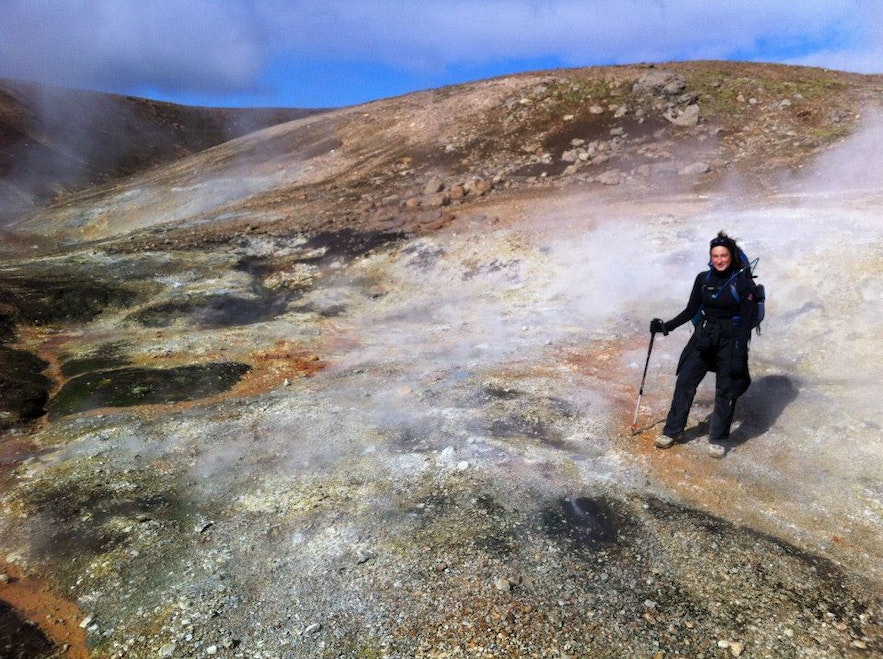 I’ve hosted some friends who wanted to experience the notorious party scene in Reykjavik during their brief stopover in Iceland, but only those who are here over a weekend night get to experience the full effect. There’s nothing happening from Sunday – Thursday, since bars close at 1, but on Fridays and Saturday, you don’t go out till 1 or 2. The tourists who don’t know this little secret try and get some beer at a bar at 21:00, maybe 23:00, and are immediately unimpressed by how empty all the bars are. They start trash talking how boring it is to party, find a more crowded bar by midnight, dance a little, then retire at 2 am. But, for the locals, that’s when the party’s just beginning.

Everyone’s been at home or at a house party since 11 pre-drinking (since its so expensive to drink at the bars), and once they’re well liquored up and have their beer blankets on, they head out to all corners of downtown and form lines outside the most popular bars, no matter what the weather. By 3 am, the bars are in full swing, and no one goes home until 5 or 6 am when the lights have come on and everyone's kicked out into the streets to try and find their way home, preferably, plus one ;)

Photos and Text by Katrín sif