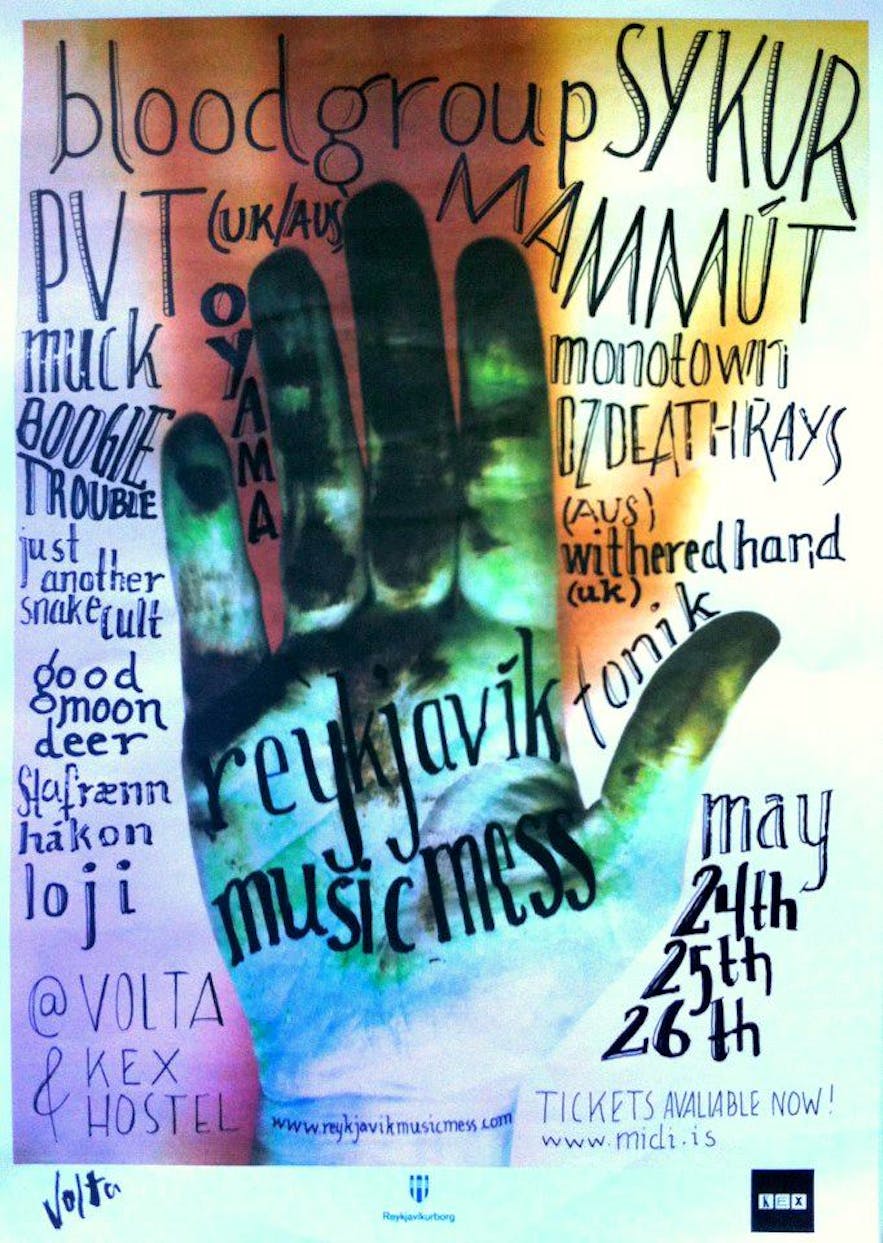 Iceland is known to have the most bands per capita in the world, making us one of the most music productive places in the world. It would only be natural for us to have a lot of music festivals too, since we need alot of shows to showcase all that Icelandic talent.

There's an up and coming festival in town called Reykjavik Music Mess, being held the last weekend in May. It's in its 3rd year running, and is an independently run music festival with 3 local music lovers behind it. I heard from Meg Horan that it was happening, and since I hadn't even heard of it, decided I had to spread the good news.

Local headliners include Bloodgroup, Sykur and Mammut, plus a dash of Australia and Scotland with DZ Deathrays and Withered Hand. The genres of music are all over the place, mixing folk and rock, acoustic and electronic, and sound and colour, making the 'music mess' we're all waiting for.

There's a play on words, since a mass held for religious purposes is called 'messa' in Icelandic, so you can also think of this as a congretation and celebration of messy music.

For 3 days, you can jam at Volta, a new downtown night venue in Reykjavik, to the sounds of Icelandic and international bands. Kex will simultaneously be hosting free shows nightly at 8pm, but you can buy your tickets to the on-venue shows at midi.is, for 4.900ISK - alot cheaper than Sonar or Airwaves!

The festival starts Friday, May 24, and goes the whole weekend. Check out their official website or facebook page to see the entire lineup.

Don't forget to check back on updates on the festival after it begins, with nightly reviews of the best hits and messiest misses.

If you have any questions or want to know more, get in touch with Meg at info@reykjavikmusicmess.com