Northern lights tip 2: Where to see the Aurora

After having read part one you have probably understood that the best time to see the Northern lights is during the winter months of 2013-2014, that is: right now!

But where to go then, to be able to catch a glimpse of the magnificent Aurora? The answer is manifold but could be simplified as the following: North!

All scientific explanation put aside (those will get their own post in due time), there is a zone in the Northern hemisphere called the "Northern Lights Belt" and this is the zone where Northern lights appear the most often. It is compared to a belt because it ensnares the Polar Regions in a circular manner.

This is here, in the midst of the "Belt" that the sun´s powerful winds end up crashing in the atmosphere, creating the Lights in the process. When the solar activity increases, the belt gets broader and moves southward, but it always keeps its trademark circular shape.

It is also important to note that the phenomenon of the Northern Lights is mirrored by a similar one taking place in the southern hemisphere and quite logically called "Southern Lights". 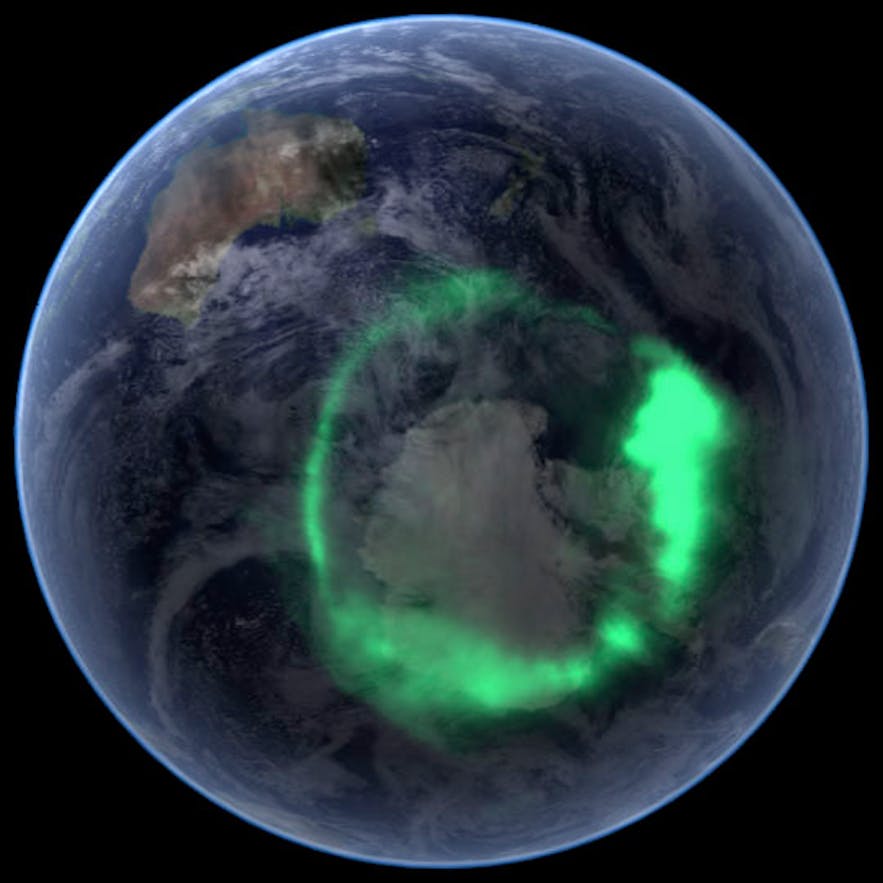 However, these lights are much less talked about that their Northern counterparts for the simple reason that, they are much harder to see because of the position of the Southern lights belt. There´s indeed very little land in the area covered by the belt and good Aurora sightings generally only occur in Southern Tasmania and New-Zealand.

No your best bet, unless residing "down under" is really to go North, and in that case it means either North-America or Northern Europe. The following map show the area of the Northern Lights Belt (Green band) and the outermost southern viewing line (green thread). 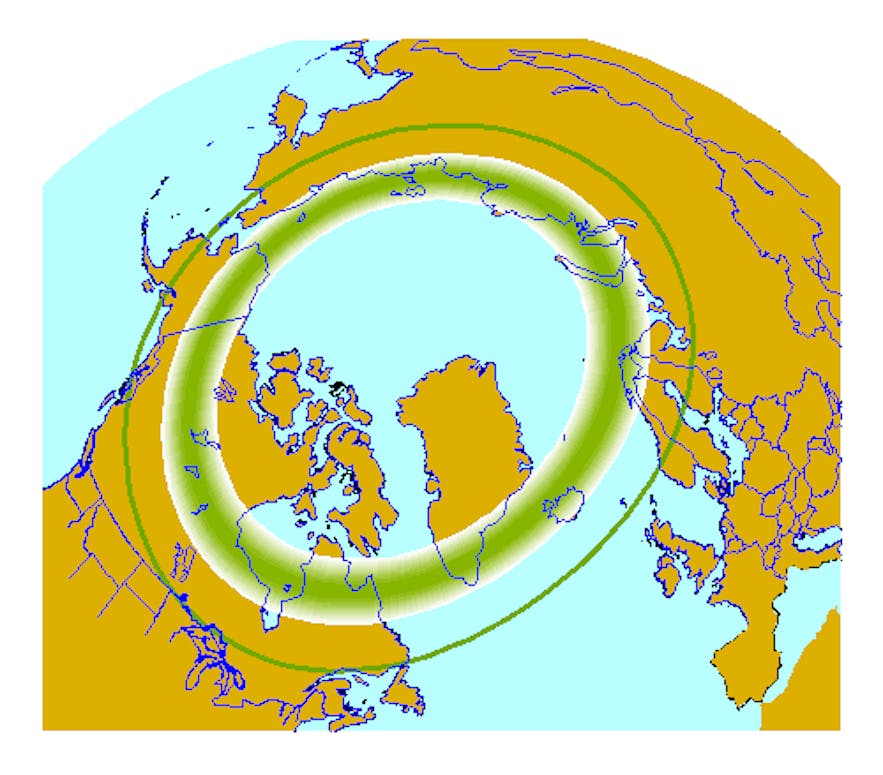 As you see, our beloved Iceland is quite well placed and fall under the path of the Aurora on most nights. Continental Scandinavia is also quite lucky, especially the coastal regions of North-Norway (roughly the region between the Lofoten islands and Kirkenes). Concerning the American continent, South-Greenland, North Quebec and most of Alaska are all rich in Northern Lights.

As a rule of thumb, though, it is almost always better to be situated as much North as possible. Indeed, when the solar activity is average or lower than average, the Northern Light Belt can contract itself, and thus cover a tinier area than expected. In such cases, being a couple hundred kilometers farther North can sometimes make the difference.

One last thing you might want to consider before selecting your destination is the horizon line. Northern Lights -especially when they are a bit weak- tend to appear quite low on the horizon, and can therefore easily be hidden by mountain, hills and other rock formations. It is consequently advised to aim for either a plane or a plateau and try to avoid deep valleys and steep fjords as much as possible.

Well, it´s getting darker and the N.A.S.A. has forecast a strong likelihood of solar storm. If you'd excuse me, I will be off for the night. We´ll met again tomorrow to discuss how to read Northern Lights forecasts.