It’s all Fluff and Games at Reykjavík Park

There‘s one place I particularly like in Reykjavík, it´s 'Fjölskyldu- og Húsdýragarðurinn', or the Reykjavík Zoo and Family Park. It’s actually the only attraction (bar the National Museum) that I've visited more than once. The reason: It’s awesome! Let me explain.

The place is basically a mixture of an amusement park and a zoo so it’s just a heaven for kids and people who like either:

I) having fun or

- and I think just about everyone can identify to at least two of those categories. The amusement park was quite full the last time I visited it. Sadly being overage and having no children of my own (yet), I could not experience most of the park’s feature on my own but just looking at the structures is good enough to tell that it must be fun: 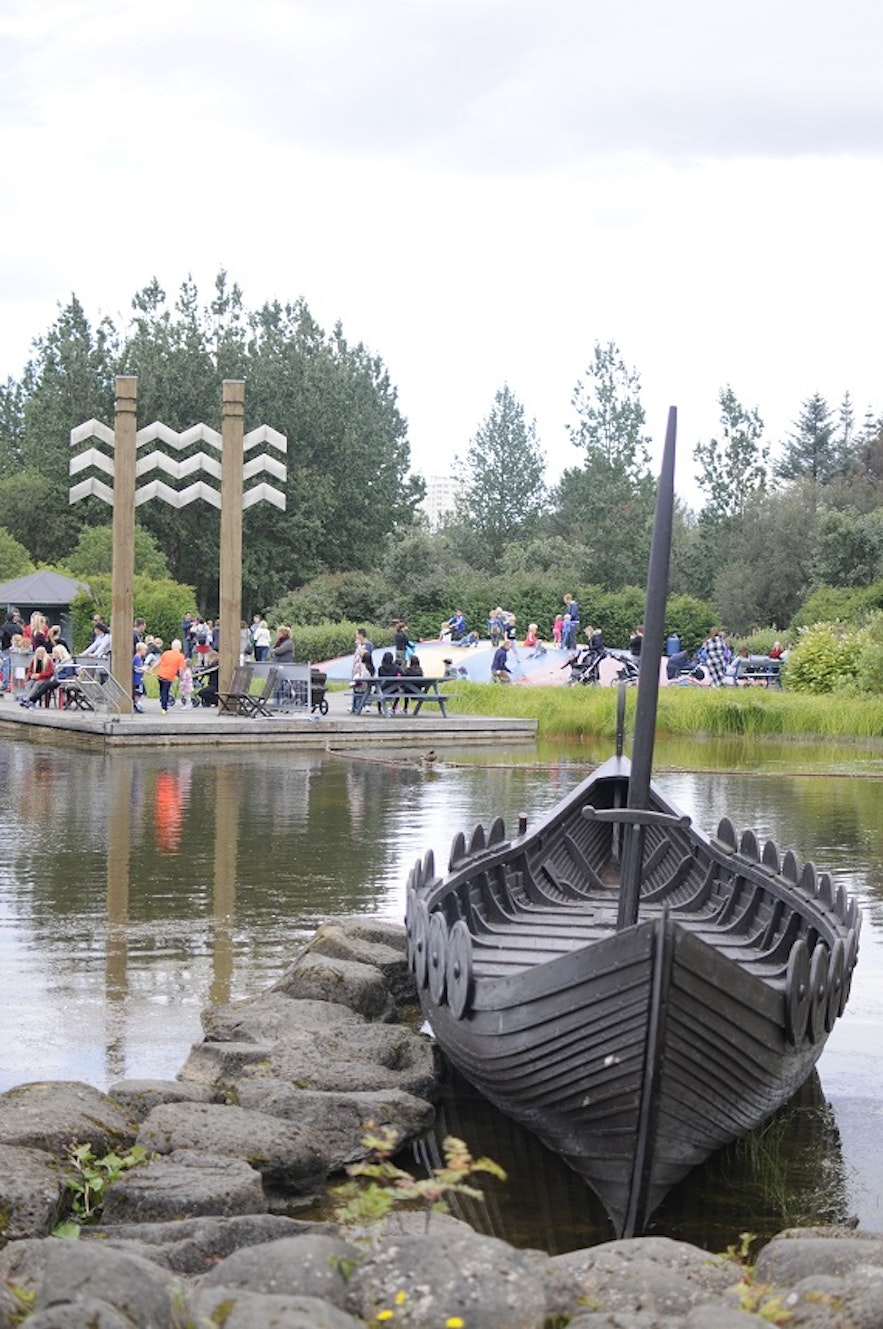 A Viking Ship! Every cool place on earth has a Viking Ship! I realize now that I am almost 25 years old and I still have not set foot on an actual longship! If only I was like, 15 years younger, I could jump right on in! 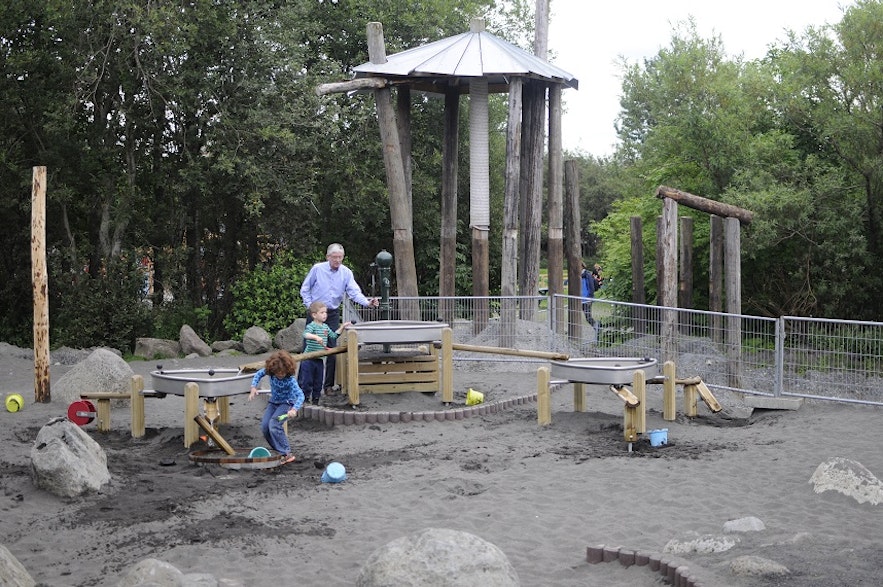 Mud! Playing with mud! The very thing you’re not supposed to do when you’re a kid (or a grown up for that matter). And here they have a whole structure helping you make mud from sand! 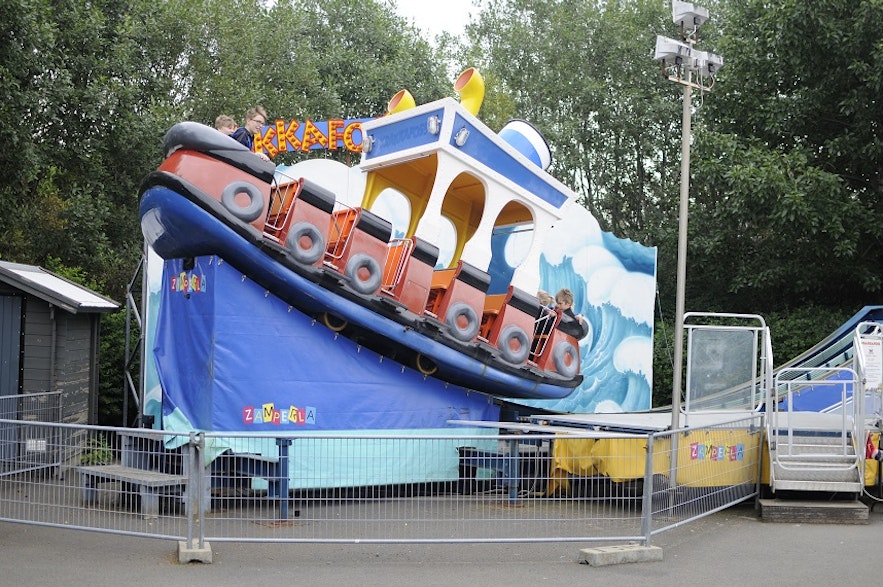 This is the most “shocking” ride in the whole park. Not much if you compare it to big rides the world over but it kept on rocking, revolving 360 degrees and keeping the kids rather entertained. 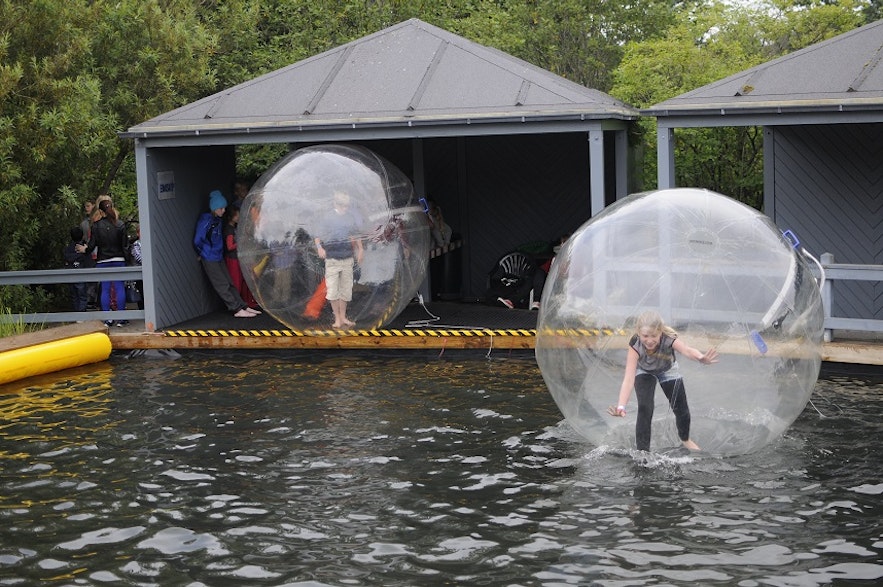 These ones look really amazing: big balloons you can creep in and splash mindlessly into water. I can tell you that the line for this attraction was full and that many kids were there, watching with envy in their eyes. Again, I’m not a kid, but envy was in my eyes too.

So yes, the amusement park is indeed lots of fun! It is only open in the summer though, but the zoo on the other hand is open all year long (be careful with the ice if you come here in the winter though, it’s more treacherous than Loki!). This place is indeed a zoo, but it’s not the kind of zoo where you go to see starving tigers suffer in tiny cages. No, in Reykjavík zoo you’ll only find Icelandic Farm animals, well groomed beasts that occupy an ample space for them to be happy and reproduce. Just about every type of traditional Icelandic animals can be found there, and god, they are such cuties!

The most obvious animal is of course the Icelandic horse, here’s a young mother who went to appease her thirst in between two foal feeding sessions: 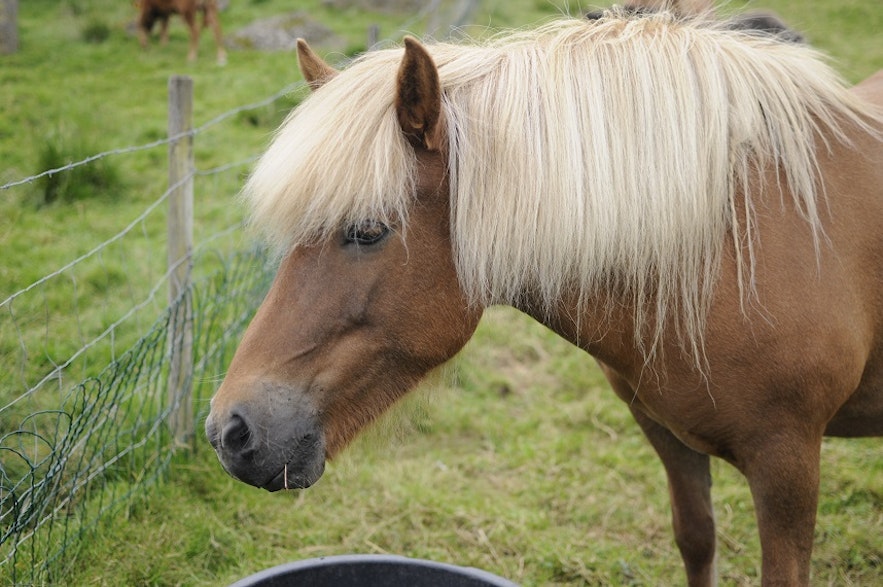 You’ll also find the famous Icelandic sheep, wondering why I kept taking pictures of him: 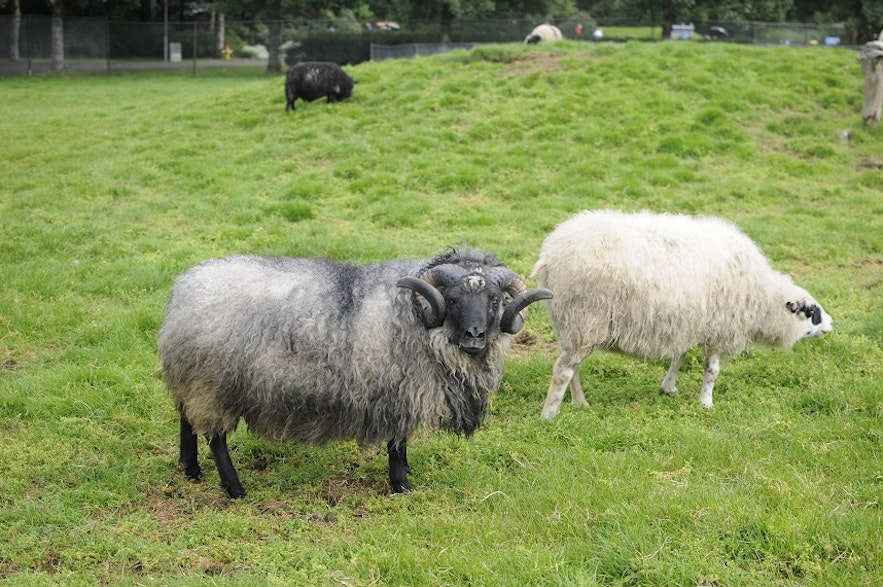 Goats are present as well, they are playful and particularly popular among human babies: 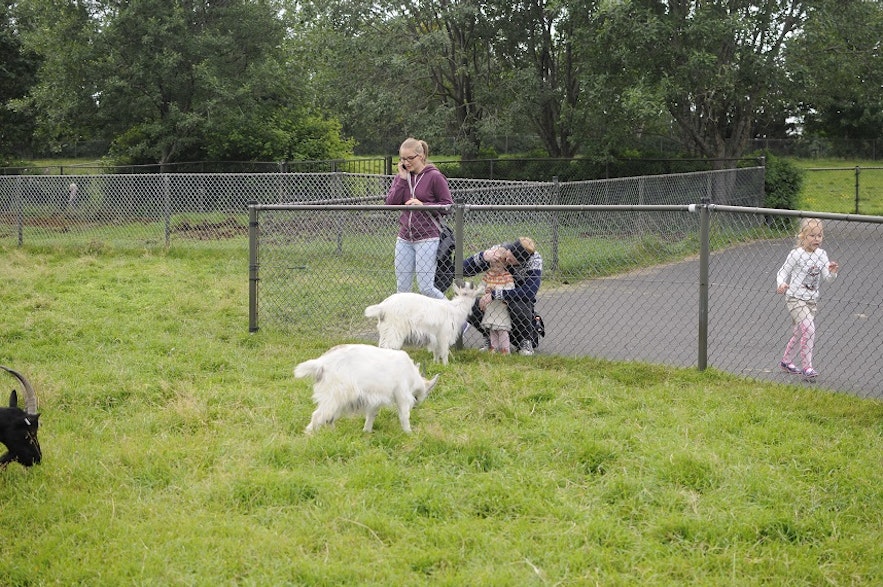 In the slightly less cute category, we have Icelandic Pigs. HUUUUUUUUUUUGE creatures, probably as long as you and thrice the weight. You realize seeing them why some ancient Norse warriors identified with the animal: 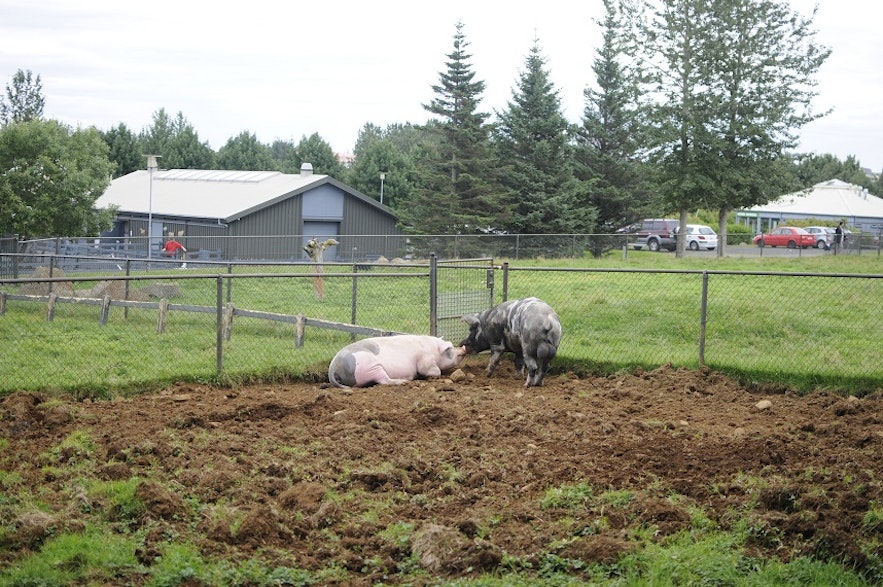 Iceland has many types of Seals. Here’s an example of a very happy Harbor Seal enjoying the sunshine: 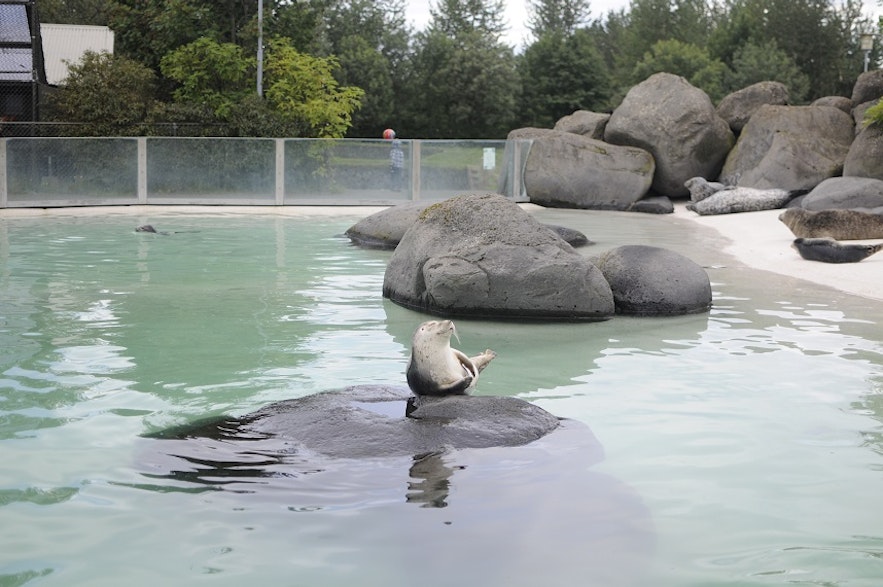 Reindeers have been present in Iceland since the XVIIIth century. They are quite placid creatures as you can see: 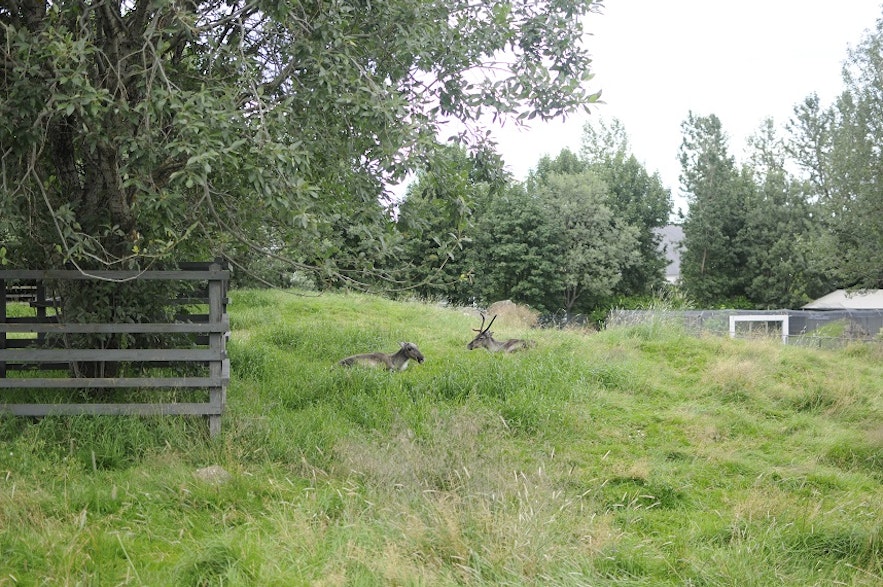 Another animal which is far from pretty is the ugly Wolf-Fish. It looks ugly I know but it’s quite harmless (it mostly feeds on crabs and urchins) and it’s quite delicious! 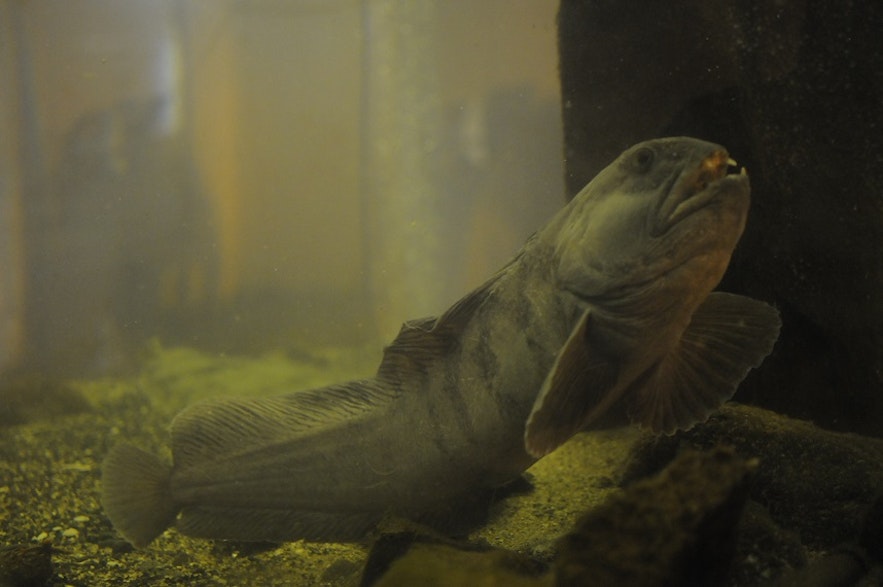 There are a number of birds in the zoo as well, here we see a Turkey (ok, not really a local breed) and a chicken happily ignoring each other, looking for worms: 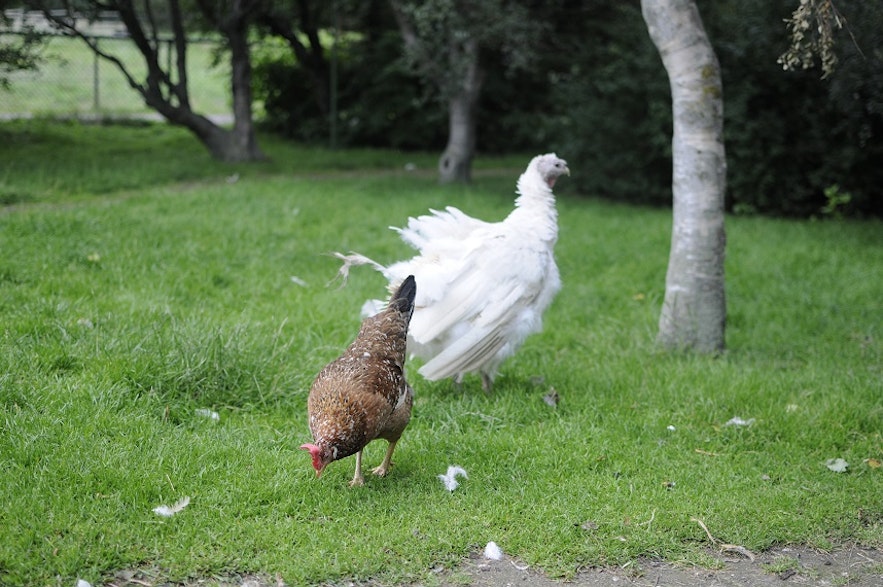 Reykjavík is literally crowded with ducks. Just go by the Tjörnin city pond and you’ll see. This one has very pretty colors which identify its gender as a female (the males are darker). 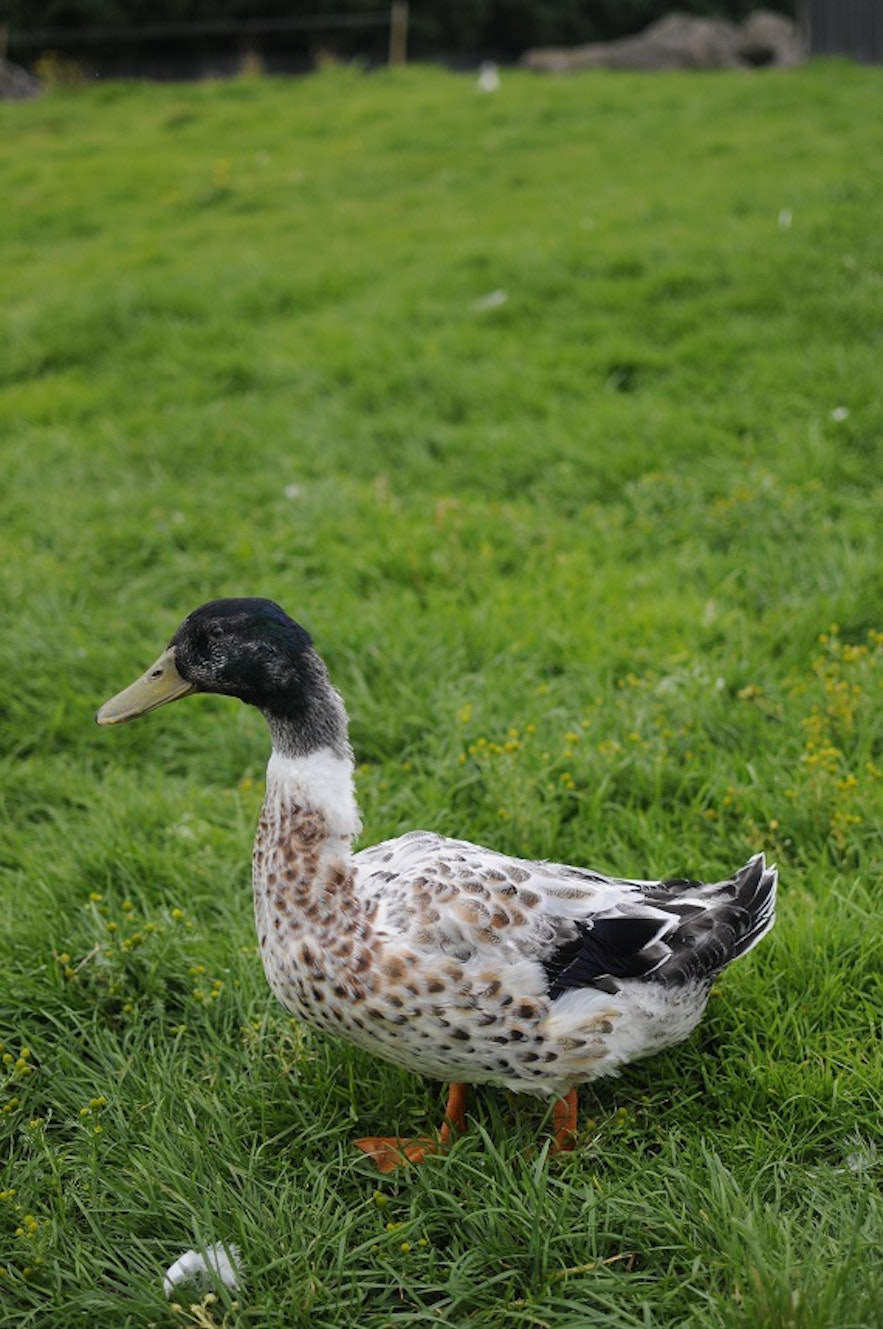 And to finish it all up, the cutest of the cute: A bunny drinking water (for more bunny picture don’t hesitate to come here): 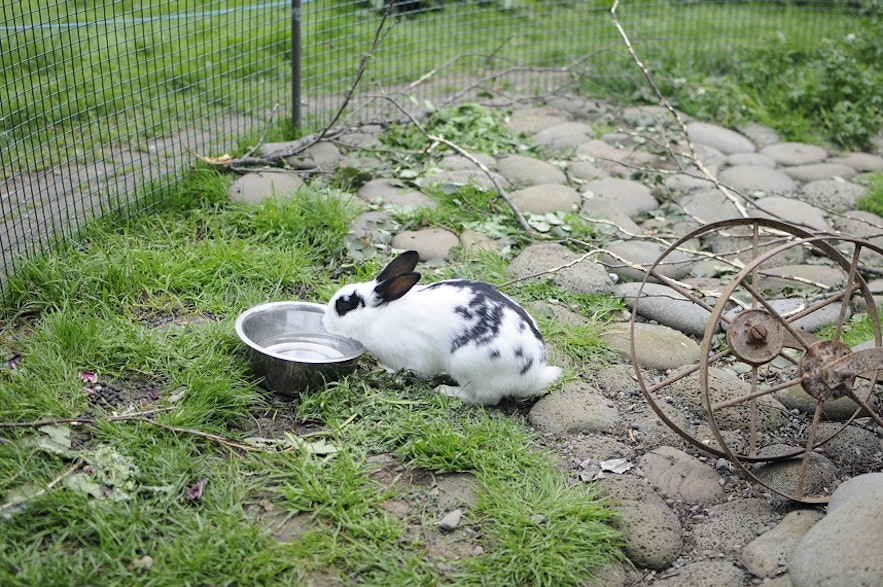 So yes, I guess you understand my point now. There are TONS of animals in this zoo, and you’re lucky I hadn’t had the time to check the falcons, the foxes and the cows. Plan a good hour at least only for the animals if you’re serious about enjoying yourself! In any case, I hope you liked this post and that it will prove useful to you if you happen to be an animal –and fun- lover stranded somewhere in Reykjavík!