Northern Lights on a Freezing Night

I went on tour last night, with  a buss full of hopeful guests. They were not the only one that had high hopes for the evening because according to the weather forecast and the solar activity readings it looked like this night could end up with some actual Northern Lights.

Just like a couple of days ago, we meandered towards Þingvellir, mostly because the coast was to be quite cloudy this night and also because it´s not that far away from town and can thus be reached far more easily than other spots.

The night was real cold. With about minus seven during the day, it really reminded me of North-Norway. The night was even tougher though, and when some guests spot some Northern Lights we stopped on the side of a country road and ejoyed quite neat Northern Lights by minus eleven (Celsius) degrees:

Sometimes, you will have to stop at completely random places in order to see the Aurora

The place was not of the best however and we quickly went back in the bus and reached Þingvellir. There, over a landscape of snow-covered hills, the Aurora was still with us and we enjoyed its sight for a good hour. 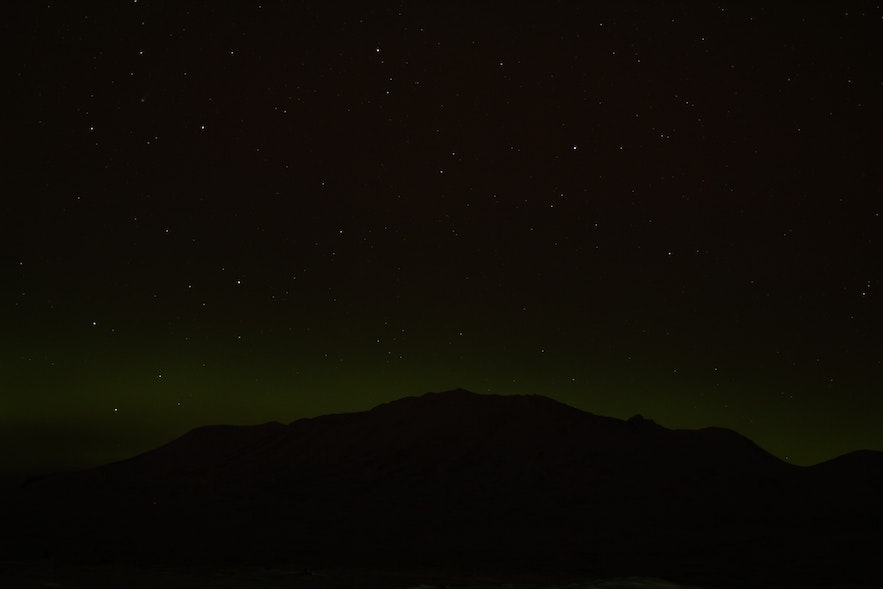 For this photo, i went a little of the parking area, higher up in the hills. God was it chilly!

The weather was, however, even colder here than before. Thanks to the fact that we were higher up and closer to the Highlands, we had to endure temperatures going as low as minus 14 degrees! Such cold is really unusual in Iceland and rendered the photography of the Aurora very harsh, I remember the next picture very well: My fingers were in so much pain (You indeed have to remove your glove to take a good picture) that it was difficult even just finding the right button to push to take a picture. 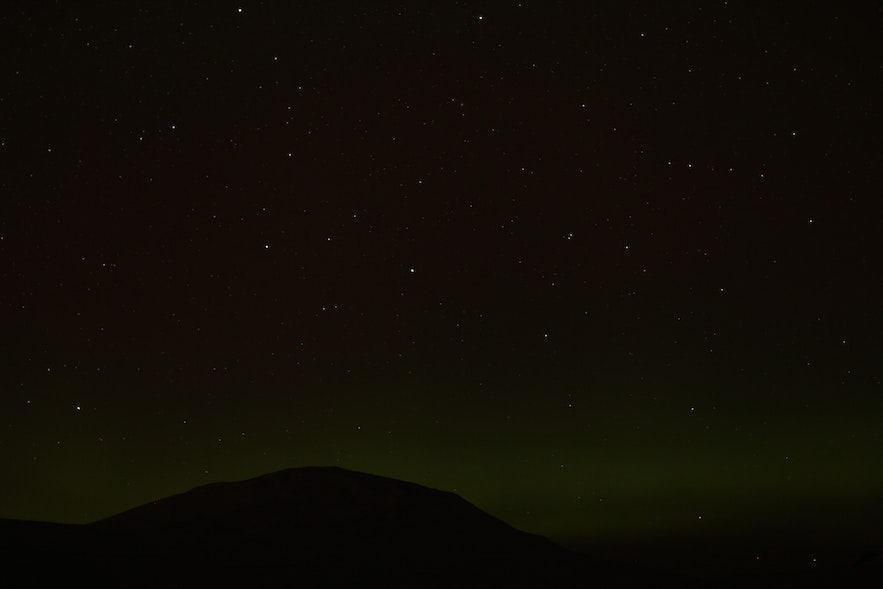 Sometimes I almost wish the Northern Lights would happen in the summer...

After about an hour passed watching the Northern Lights, most people went back in the bus in order to warm up their frost-bitten limbs. We then agreed to drive back to Reykjavik. It took us about an hour and because we were a bit early, our driver Benni decided to take us to see the Peace Tower which will only be lit until Sunday. It was quite windy on the docks but some people still decided to go out and have a look but just before leaving, Benni saw some Northern Lights, way beyond the tower and everyone went out for one last show. I even managed to take a picture (albeit a real bad one) of it: 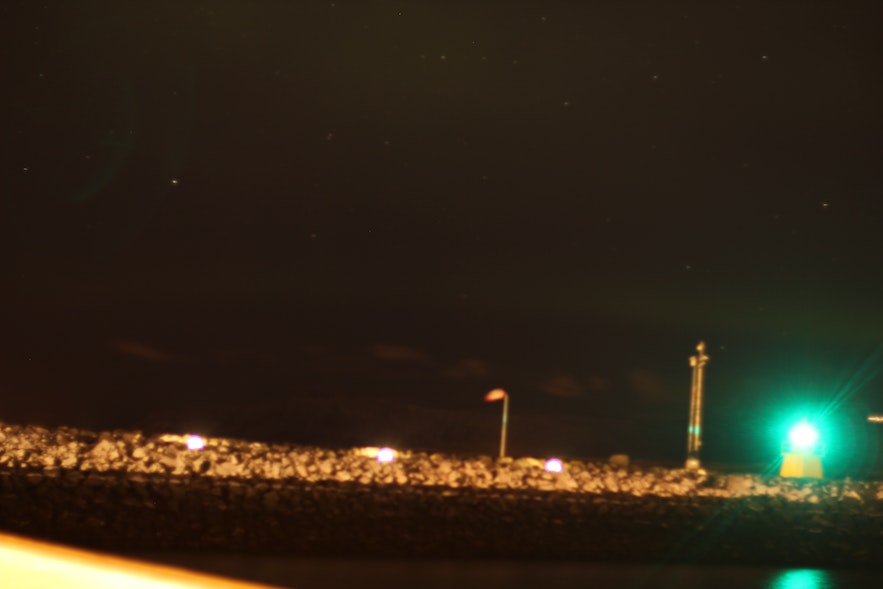 The light on the lower right is a boat, the stuff on the upper left is its reflection

After that, we all went home and had a good night of sleep. I hope more Northern Lights will show later this week!