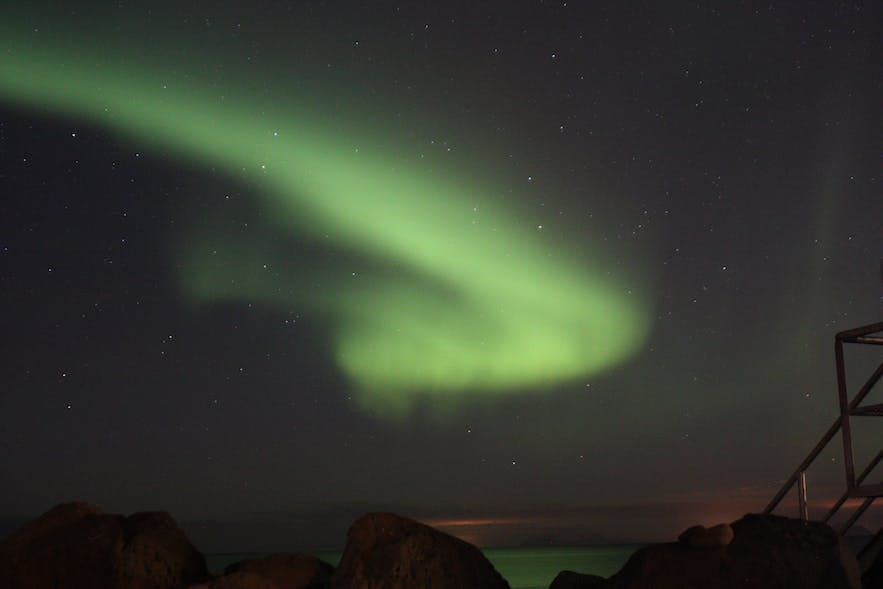 It´s Sunday morning in Reykjavik and due to a severe snowstorm plus having way too  much homework I am basically locked inside. But that´s not what I want to talk about today because I have much more interesting things to tell:

Yesterday I got drafted for an impromptu northern lights tour with guests from Britain. They were here on a four-day trip and this Saturday happened to be (due to the storm), their last chance to see the Lights.

Thankfully, the forecast, both  Meteorological and  Northern-Lights-wise was great! We therefore left Reykjavik, heading West and entered the Reykjanes peninsula (where Keflavik airport is situated).

Quite quickly, just minutes after we left the city lights behind, some faint Auroras appeared and we stopped to watch them. These were not that strong, but you could clearly see their arch-shape and their distinctive glow. After helping out some guests with their cameras, I managed to get the end of it as it became harder to see: 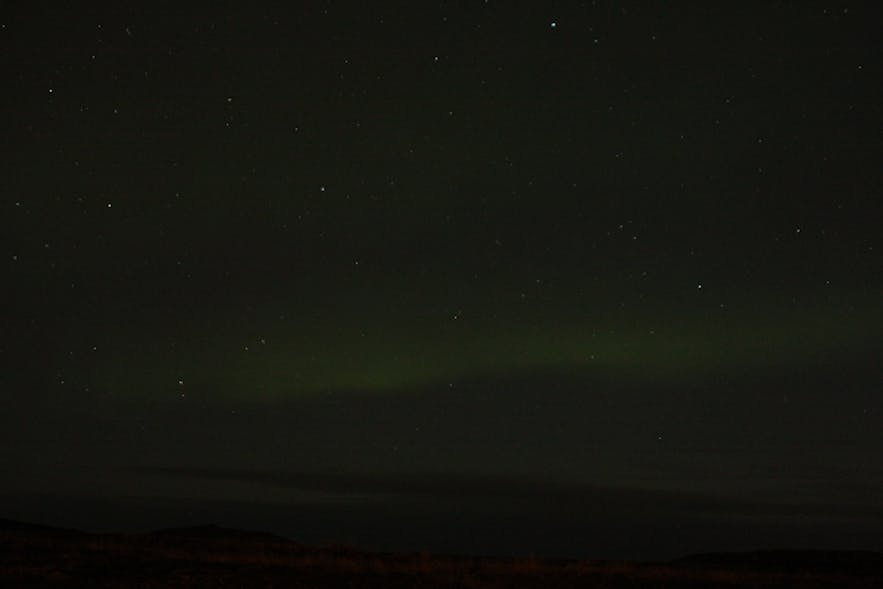 At that point, I was quite happy, we had managed to see them! They weren't that strong, but at least they were there! However, as the Solar forecast had earlier predicted a strong chance of flares, we decided to keep driving further West.

A short time after that, the Lights were back, much stronger this time. Everyone wanted to jump off the bus but our driver, Benni ( a seasoned driver from the Northern city of Akureyri) was wise enough to keep driving a longer, until the point where we reached the Garður Lighthouse. Once there, we stormed out of the bus and were faced with real strong Northern Lights, dancing over the ocean.  Everyone was really impressed and even I would say that such a display could easily be put in the season's top 20.

In order to spread the merry we had together last night, I am enclosing a selection of the photos I took that night. None of them is really great, partly because it was handed a camera and a tripod I never had used before, but I can at least say that I at least a couple semi-decent shots. 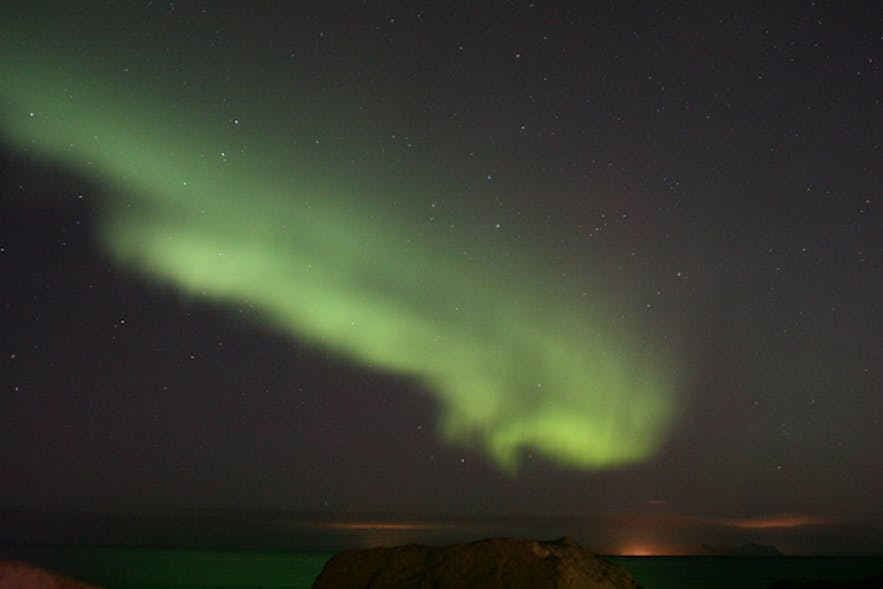 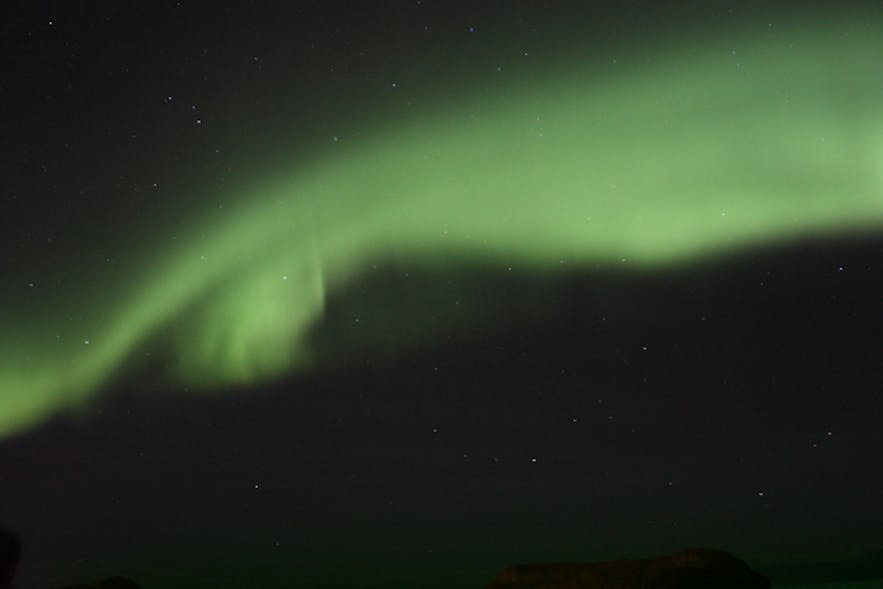 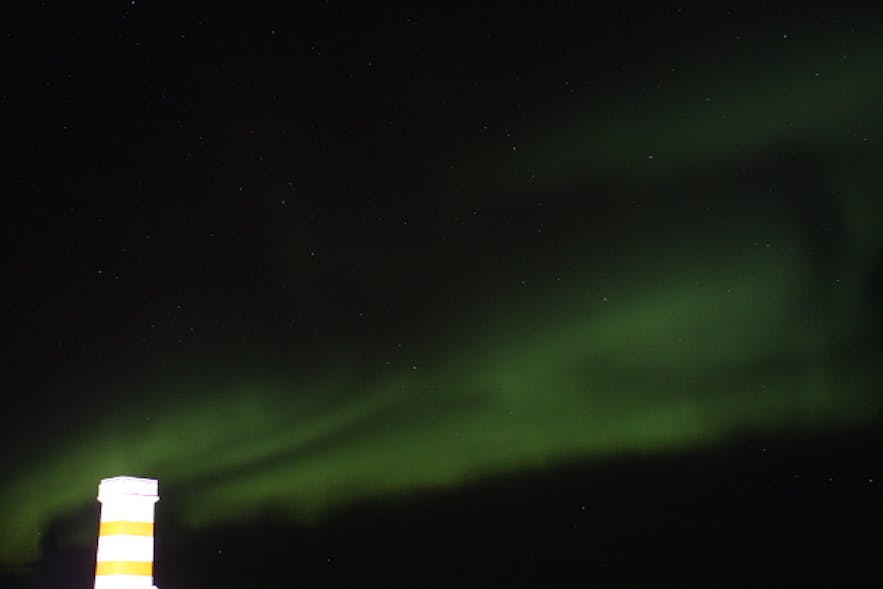 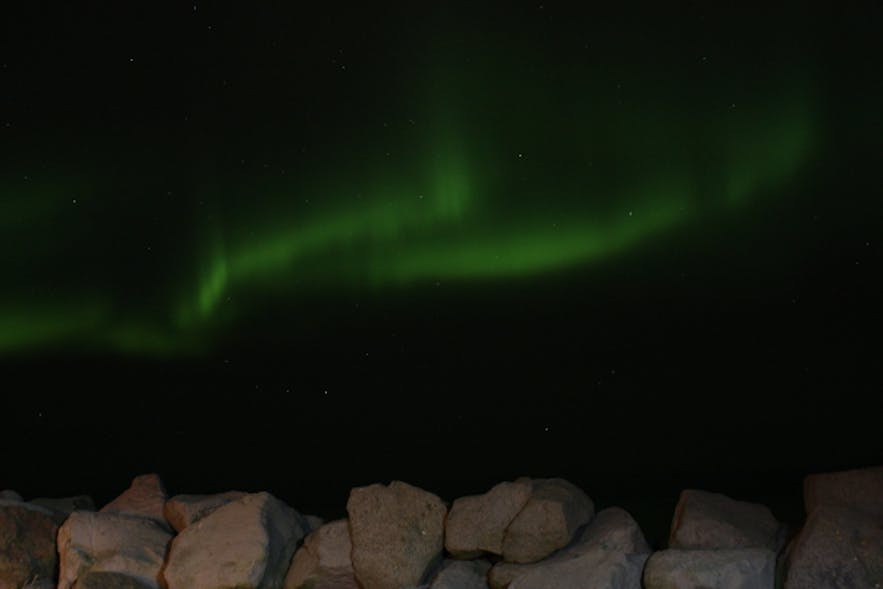 By no means my best shots, but some nice pictures nonetheless. what do you think? I will probably start posting about Northern Lights photography sometimes next week, but before that I will have to write that long due post on the different styles of Northern Lights hunting.

See you on a tour!