Northern Lights Tip 5: How to find the Aurora by yourself 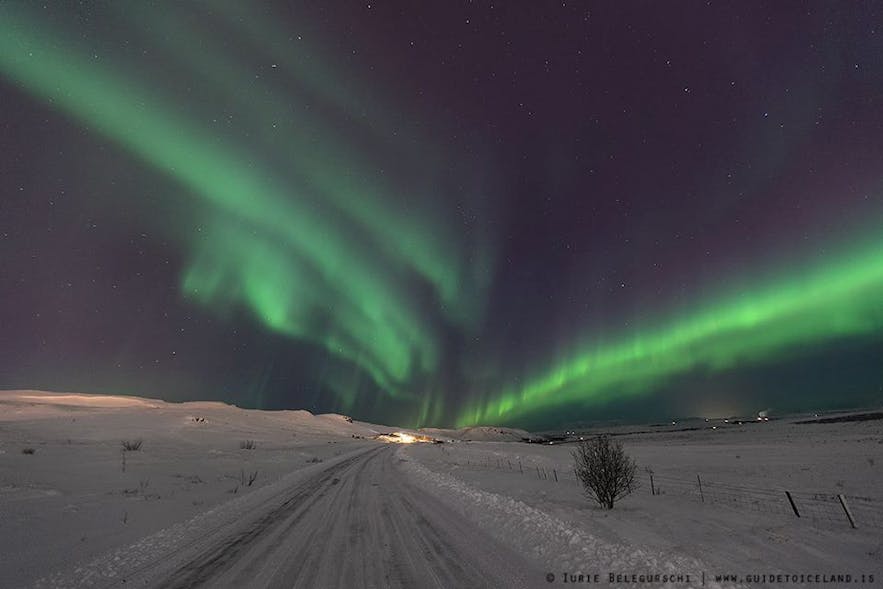 Hey folks, sorry for begin a bit late with this present post, but going out on actual tours plus spending long, solitary hours translating Old Norse has have taken much time in the past days...But today my teacher got sick and the class has been cancelled so I finally have some time to finally resume writing.

Now that you all know how to select the best period, the best places and the best conditions to be able to get a glimpse of the Lights, what´s next? Going out for an actual Northern Lights chase maybe? That would be ideal at least if you actually want to see the lights I think...

So for your enjoyment I have written down here the different methods one can choose when actually looking for the Lights and my own thoughts about your chances of success and the like. I have experienced each and every one of them so I hope you will find this short list useful.

Also not that, for reasons of space, I will be talking about how to see the Lights without going on tour on this present post and talk a bit more about professional tours on my next post.

Sometimes I hear people telling me that when you have good Solar activities level, one doesn't need to go out of the city to see the lights. This is both true and false. It is indeed true to say that, as long as the skies are clear and the solar activity high, the Lights can be seen from the city, However, many factors make such a scenario unlikely.

First and foremost, the light pollution of the city makes seeing the Lights extremely difficult because those destroy your fragile Nigh vision. Even if you reach a park, a harbor or a river bank (given that all these places are not saturated with artificial lights) you might indeed be able to see something, but only if the Lights appear exactly where the sky is free of artificial lights, which is sometimes not the case. Another factor is the horizon line. Northern Lights most commonly appear rather low on the horizon and, unless you find higher ground, having a good gaze of the Horizon will be hard. Also, quite simply, the weather is rarely good, regardless of if you are in a city or in the countryside and having both good clear skies and strong solar activity happens quite rarely in a city. There´s a reason why most professional guides can sometimes drive hundred of kilometers in order to find one little spot of clear skies in an ocean of clouds.

Overall, I would not recommend staying in town if you really want to see the Lights, but if the (admittedly unlikely) conditions solar and weather are met and you've found yourself a nice dark spot, it might do it.

Some places, like Magic Mountain Lodge in Northern-Norway offer lodging facilities in the middle of the wilderness were there´s thankfully very little light pollution. In addition to the beautiful landscapes and the wealth of Nature-related activities, such places can also the choice of many who want to see the Lights. Indeed, even if still isn't ideal, a wilderness accommodation will give you more chances to actually see the Aurora.

Again, settling for one specific spot can be quite tricky due to the Weather. If it´s overcast, it´s overcast and even if enjoying some good Reindeer stew next to the fireplace is surely nice, it still isn't quite a Northern Lights. The good thing though, is that if there´s indeed a Northern Lights you will only need a short run to find a real good viewpoint. I used to do that myself all the time when I lived in  the Northern parts of the Tromsøya Island: there was a little hill (152 meters I think) right overhead the student housings and every time there were some Northern Lights, it was a big rush to reach the top!

Overall, staying in the countryside can increase your chances to see the Lights, but you will still be bound by the weather. I would advice it only for longer stays (around a week) and for people endowed with good enough luck.

Why not hey ?! As long as you know where the weather´s going to be the best, you only need a car, a map and you will soon be standing in awe in the middle of the wilderness with the sky burning overhead.

You might just as well end up with your car stuck in a snowed-in ditch, in an area without mobile-phone coverage, and all that in the middle of a snow-storm, with hungry Polar Bears attacking you !!!* 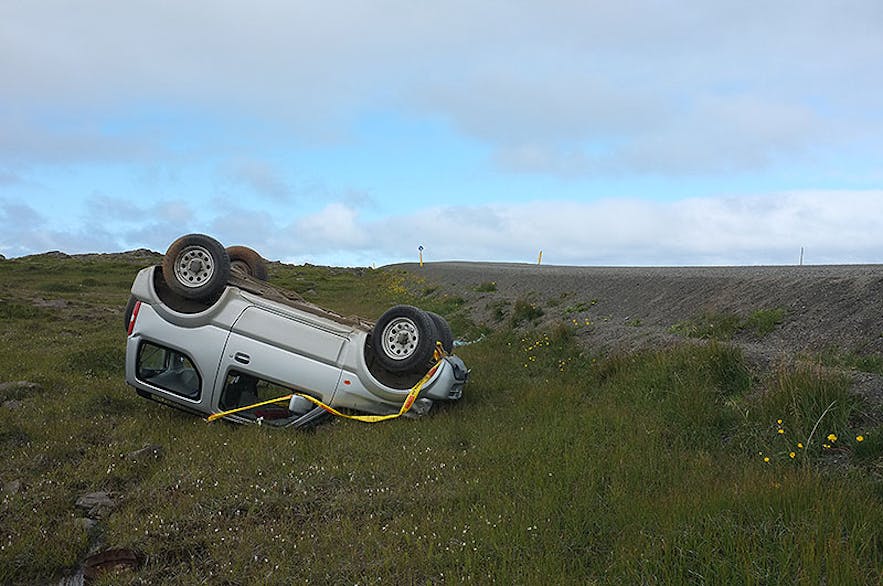 (This picture was taken in summer...gravel roads don't forgive!)

More seriously, going out in the wilderness on your own can be an option, but it´s not for everyone. The most important factor is quite simply, the harshness of weather and the state of the roads. Regardless on where you go in the world , if you want to see the Northern Lights, you will probably end up in the High-North which most likely will mean terrible weather and no-less terrible roads. If you come form a more southerly country and have no experience in Winter driving, going out in the Nordic wilderness can either be hazardous or right-down suicidal. As long as you keep on the main highways (if you are lucky enough to be in a place where there are highways) you might be fine, but watch out for black ice. However, if you try out more isolated roads, which is often necessary if you want to find a place dark enough, you might well end up being stuck (and hence, the Polar Bears...). You should not have that much problem if you go out early (September/October) in the season though.

On the other hand if you have experience of real winter driving (I mostly think about people from southern Scandinavia or Canada) this should not be a major problem. Just be sure to know the state of the roads well in advance by consulting the local authority. Some roads might indeed be close-off for the winter, or necessitate extra-plowing before being accessed. Never forget as well to check out the weather forecast for avalanches and strong winds (I would not advice going out if the winds are over 20/25 meters be seconds, unless you're driving a jeep).

Overall, I would only recommend going out on a rented car if you are en experienced winter-driver, or if you go out early enough in the season for driving on an ice/snow-free road.

Okay, that will be all for the day folks, next time I will talk about what I actually make a living off; professional Northern Lights tour. Stay wired!

(*Note: Except if you plan on chasing the Lights on your own in Svalbard the Polar Bear attack scenario is thankfully unlikely.)