Let's talk about something else than the Northern Lights, shall we? Iceland's Christmas tree lights light up the city of Reykjavík beautifully.

Something that is quite interesting in Iceland during the winter is the lack of light. You know, Iceland is quite close to the Arctic Circle so the days are much longer during the summer but also much shorter in the winter. In December, you should feel contended when you have four hours of daylight! 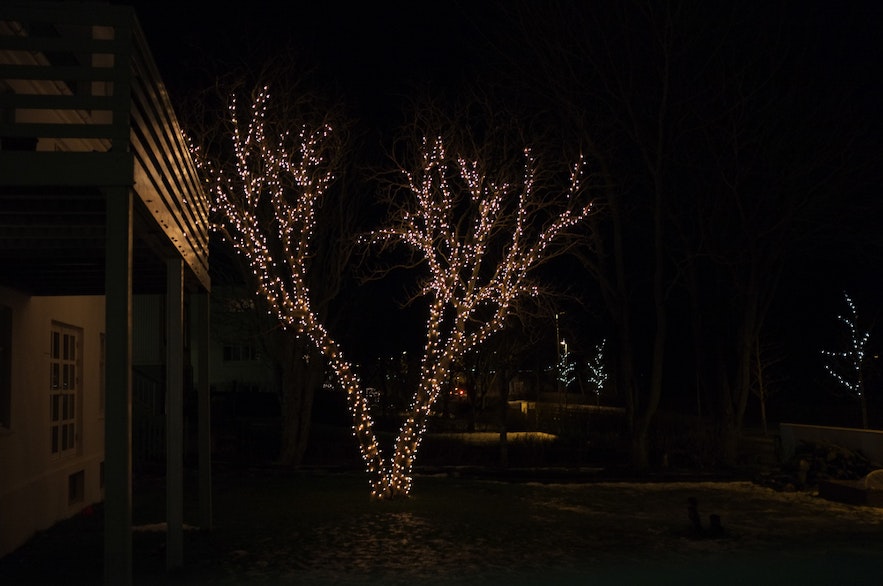 One effect this darkness has obviously, is to make people long for light! And then when the Christmas 'summer' comes, the trees grow lights instead of leaves, as light start to appear everywhere in the city! 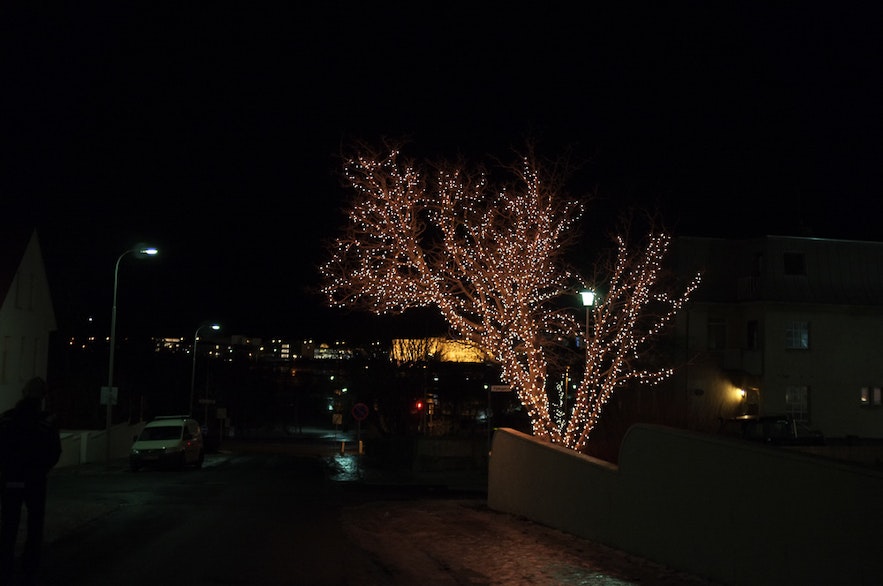 There's a company in Reykjavík that specialises in setting lights on trees and I can guarantee you that around Christmas, those are all over! The city even put up some display of its own and the effect is really impressive!

Even the office of the president of Iceland has a lit-up tree, and quite a beautiful one I have to say: 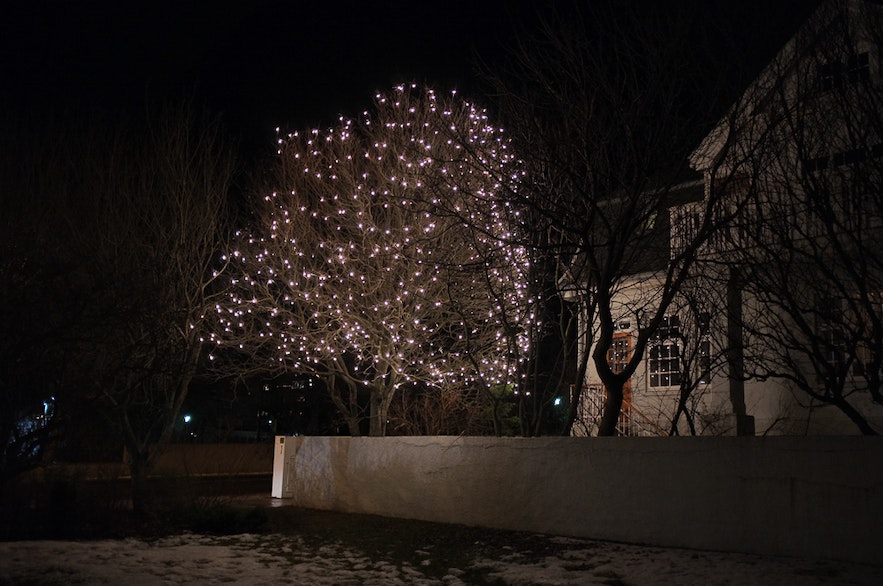 Many of those lights are kept until spring to light up the dark winter days (especially in Hafnarfjörður for some reason). I bet their owner will keep them until Easter at least, and to be honest, I won't be complaining about that!

Here are more examples of the rather unique form of trees of light! 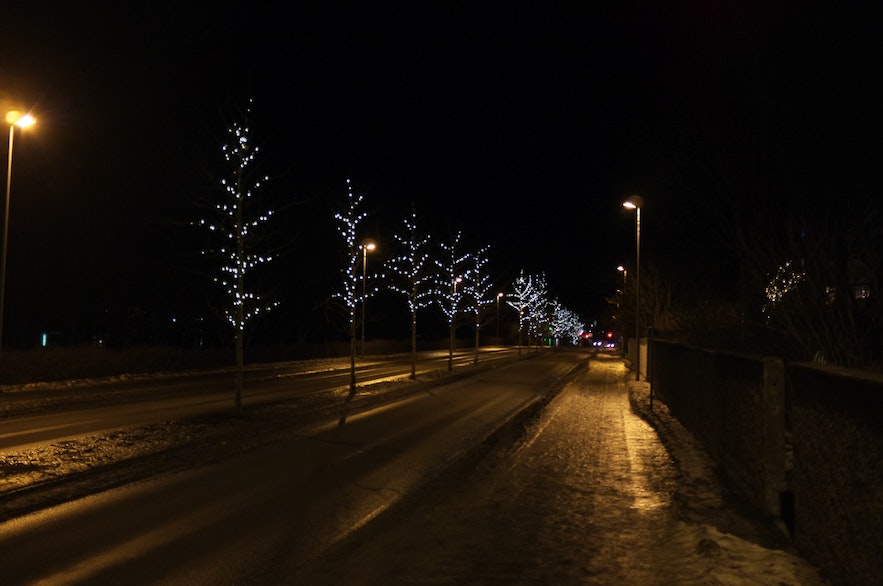 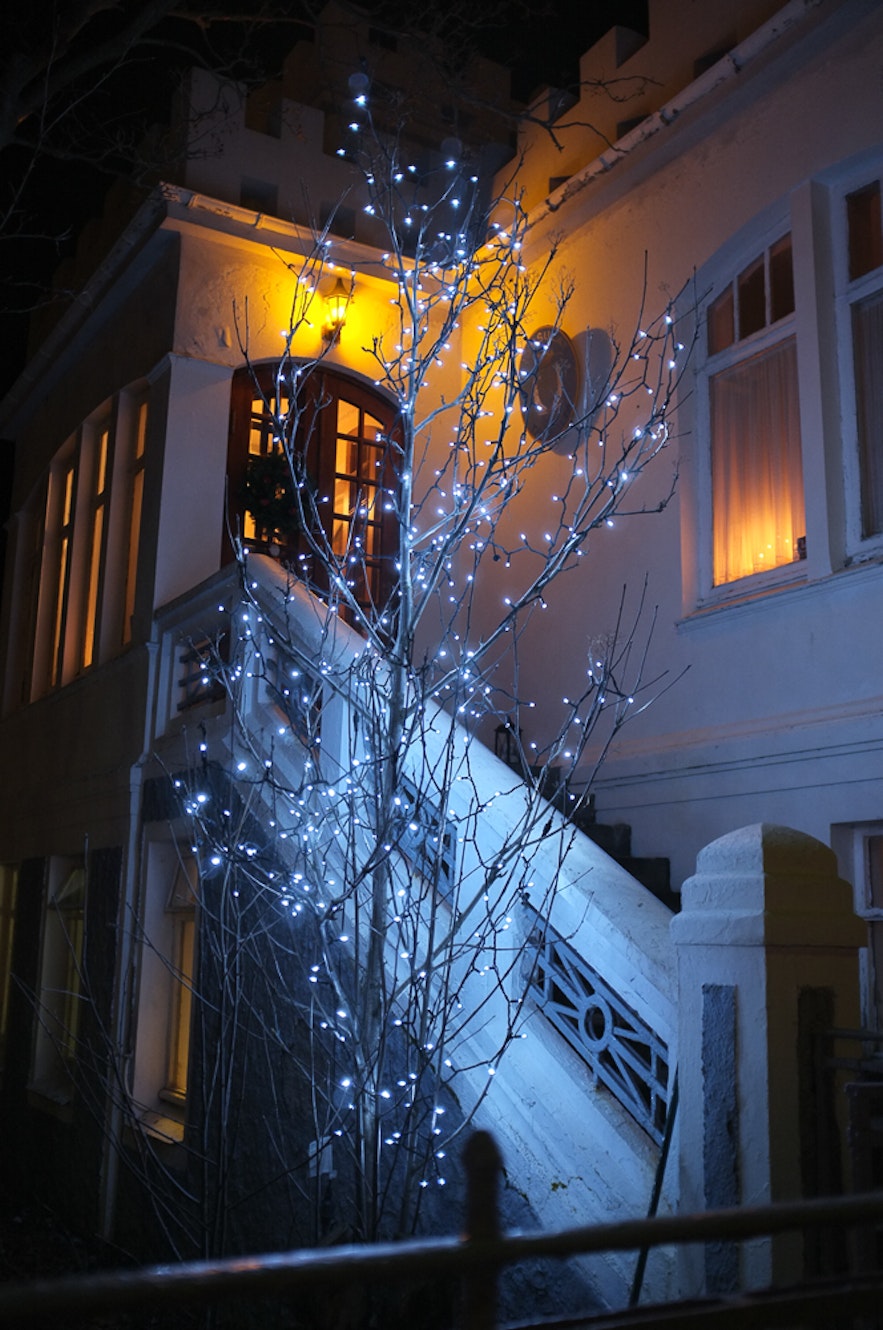 All photos by Linnea Nordström.