Guide to Iceland went to check out a newly opened pizzeria, Blackbox, just opposite the offices at Borgartún 26, as well as catch one of the opening games of the 2018 FIFA World Cup. Read on for more information.

The room is dark, with yellow paint splattered fashionably over empty picture frames, whilst the largest disco ball in Iceland spins precariously from the ceiling. A World Cup match is on, Spain vs Portugal, and whilst my interest in football is limited at best, I can’t help but cheer as Cristiano Ronaldo, the Icelandic Public Enemy Number 1, scores three goals. He’s won the match, and even Icelanders are cheering..

Cheering a man who, only a few years ago, dismissed these proud Viking bastards as mere narrow-minded islanders? And yet, the cheering… it is undeniable.

I wonder why, and instinctively, I understand it to be the quality of the large, colourful pizzas that sit in front of us. Their vibrancy is in stark contrast to the dark interior of restaurant’s decor, yet it seems to showcase their quality best, no doubt a deliberate intention of the establishment's house-artist, Jón Sæmundur, better known as Nonni Dead. 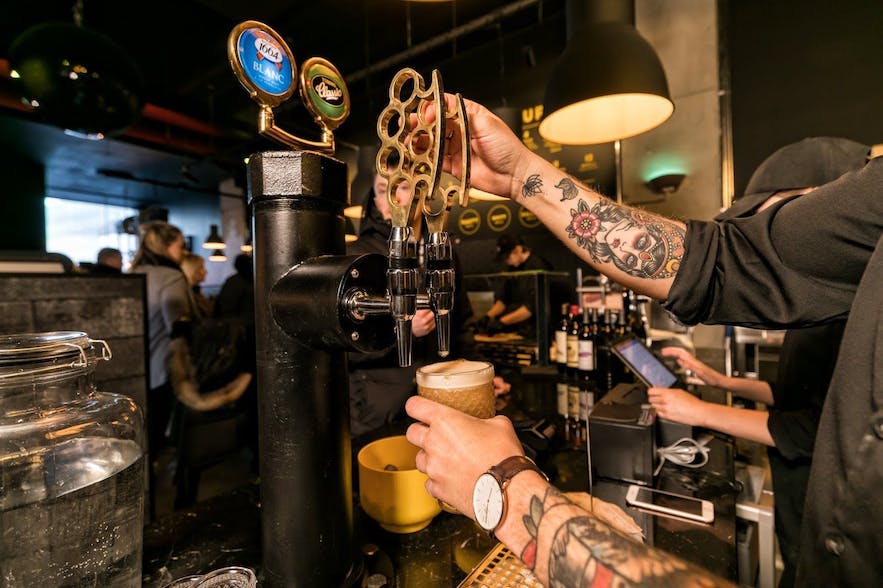 The kaleidoscopic quality was, perhaps, so empowering that it shook our loathing of Ronaldo and instead, persuaded us toward an ethereal balance, a communal love of Italian cuisine and the FIFA World Cup. In particular, the chillies, their abundance, caused a seismic shift in our collective consciousness. A whizzing haze of heat, sporting tribalism and 1664 Kronenbourg, a balance only possible in a place like Blackbox Pizzeria.

To interrupt the review for a moment, FIFA and pizza do share many qualities. For one, you know that both are, in their very existence, unnatural and bad for you. Both are an institution so entirely globalised, so corporatised, monopolised, besmirched and, let’s face it, popular, that you know it can’t be healthy. And yet, both draw us back time and time again for the comfort and pleasure that they provide. 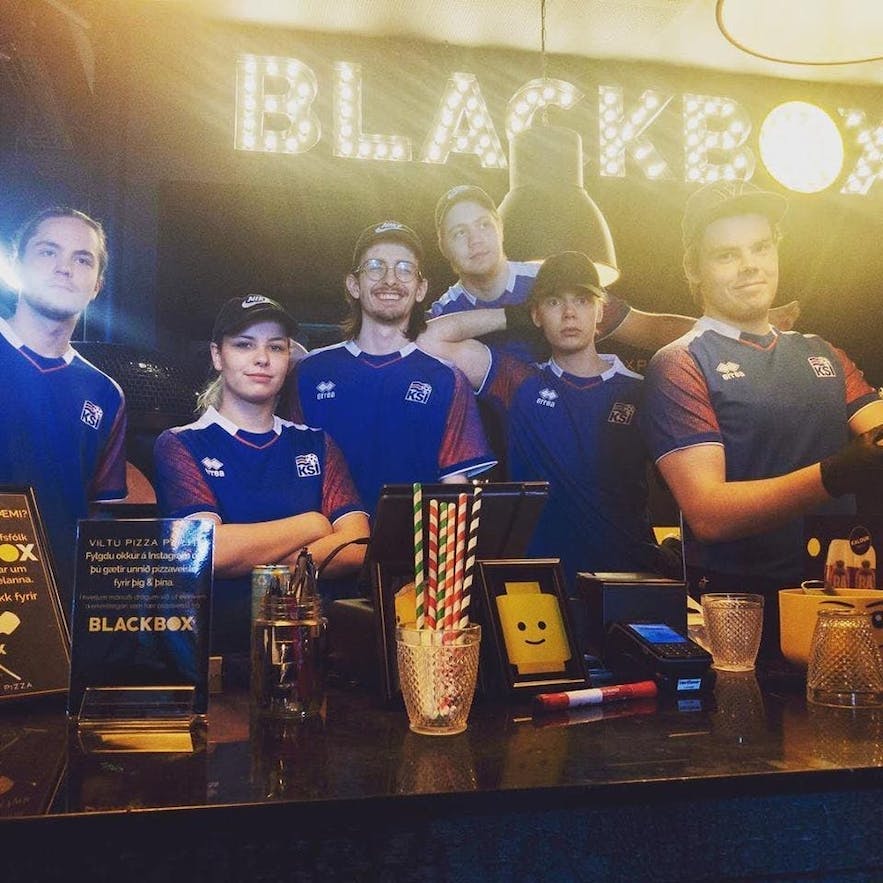 When people claim football a religion, I can’t help but connotate our undying devotion to the cheesy deep-dish, our faith in the thinly sliced margarita, as somewhat in the same fashion. The international influence of both is undeniable. As a species, we love kicking balls as much as we enjoy shovelling pepperoni and mozzarella deep into the gullet, and that's just the way it is.

Saying that, it was impossible not to enjoy Blackbox Pizza, a new restaurant on Borgartun in Reykjavík that preps the pizza to your flavour, especially with added World Cup fervour. Iceland wasn’t even playing and I was enjoying the party ambience, least of all because of how much Blackbox differed from the seminal normality of Dominos, the takeaway monolith that so dominates the Icelandic psyche.

Blackbox pizza, whilst providing a number of menu items, also allows diners the opportunity to customise their pizza specifically to their flavour. Personally, being a fiend for capsaicin, I feasted on the Inferno, quickly realising that the sweat on my brow and the butterflies in my stomach had more to do with the fiery plate in front of me rather than the ongoing match.

For vegetarians and vegans, Blackbox provides a number of delicious options, as well as a range of organic beers and daily, near day-long happy hour prices. Another major benefit is the short cooking times, two minutes per pizza, making it an ideal choice for takeaway. So get yourself down to Blackbox, the premier pizzeria of Reykjavík's financial district, and spend some time luxuriating in that naughty, but nice trio of beer, pizza and football.

On my search for turf houses around Iceland, I visited Sænautasel hypothetical turf house on Jökuldalsheiði heath in the highlands of Iceland. It is, …
Read more
Guide to Iceland
Connect with locals
Michael Chapman
Blackbox | New Pizza Place in Reykjavik