To begin with, in 1915 only women aged 40 and over were allowed to vote, whereas men from the age of 25 had the right to vote. This age gap was supposed to gradually decline until it was the same as the age of men and if it that would've been the case, women would've had to wait until 1931 until they could vote at the age of 25. Instead, 5 years after the first women could vote, in 1920, the age was lowered to 25 to be equal with the men.

It's interesting that Althing actually agreed that men and women could vote equally in 1911, 4 years prior - but this amendment to the law was not accepted by the Danish crown. 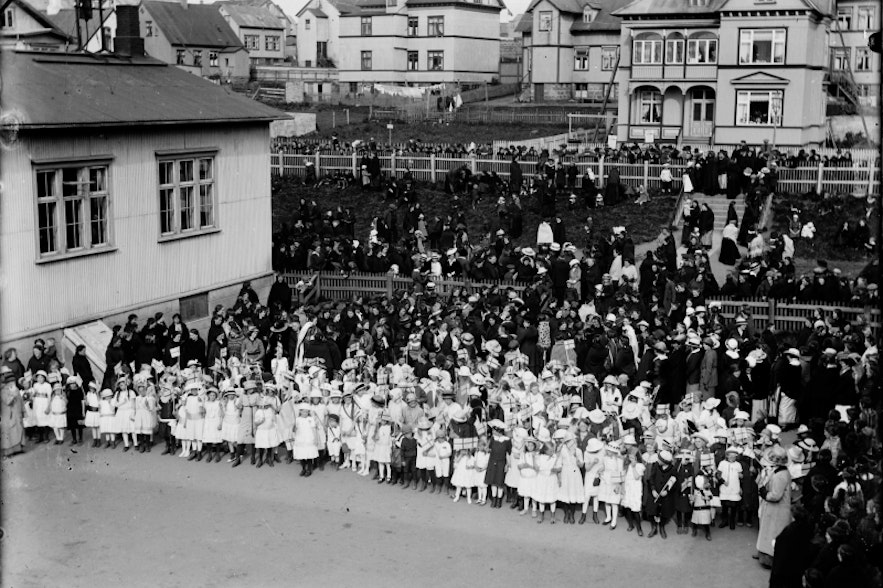 Iceland was not the first country in the world to give women the right to vote - or even in Europe. New Zealand was first, then a colony of the UK, in 1893 - even though it took a bit longer for women to get that same right in Britain, not until 1918 - and only for women over the age of 30. The first European country to give women the right to vote was Finland, in 1907. 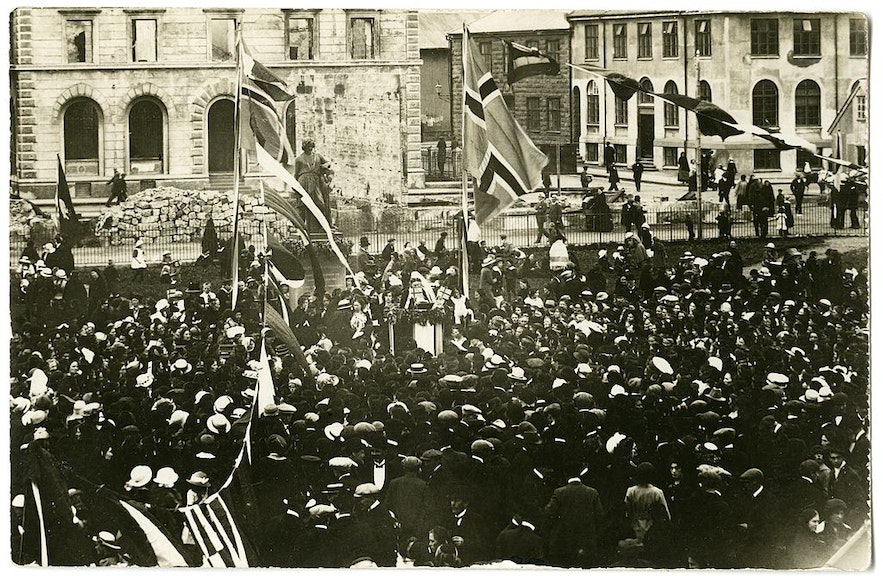 The pictures above show the celebrations in Iceland shortly after the law was passed, on the 7th of July in 1915, when thousands of women and men celebrated downtown Reykjavík. In 2015 there will also be celebrations around the whole country to mark this occasion. A website dedicated to 19th of June 2015 has been created to show what's going on around the country. In Reykjavík there will be parades, a lot of music all over town during the whole day, a new statue will be unveiled of the first woman to have a seat in the parliament, our former female president, Vigdís Finnbogadóttir, will have a speech from the parliament building at 4pm, museums will have exhibitions dedicated to female artists, a big concert starts at 8:30pm in Harpa and much more.

Icelandic companies have been encouraged to give their employees leave after noon on the 19th of June so that they can enjoy the festivities. So expect to see a lot of people in town - and hear a lot of music! The 19th of June also marks the start of the Secret Solstice music festival, so if you haven't heard enough music throughout the day then head to Laugardalur recreation area and listen to music throughout the night! :)