Beware of polar bears in Iceland - it is now puffin hunting season!

Last polar bear to arrive in Iceland was in July 2016, a grown up female that was unfortunately killed. It is illegal to kill polar bears that are swimming by the Icelandic shores, but if polar bears arrive on land and are considered a threat to people then it's permissible to kill them. Preferably they should be captured and moved to a safe location.

Each April the Atlantic puffins and the polar bears arrive in Iceland where they stay for the summer. So be ready with your cameras but also careful and read up on what to do if you see a polar bear!

Iceland doesn't have many native animals, there are however millions of birds that flock to Iceland each year. These birds are beautiful to look at, but they bring with them Iceland's only dangerous animal: the polar bear. 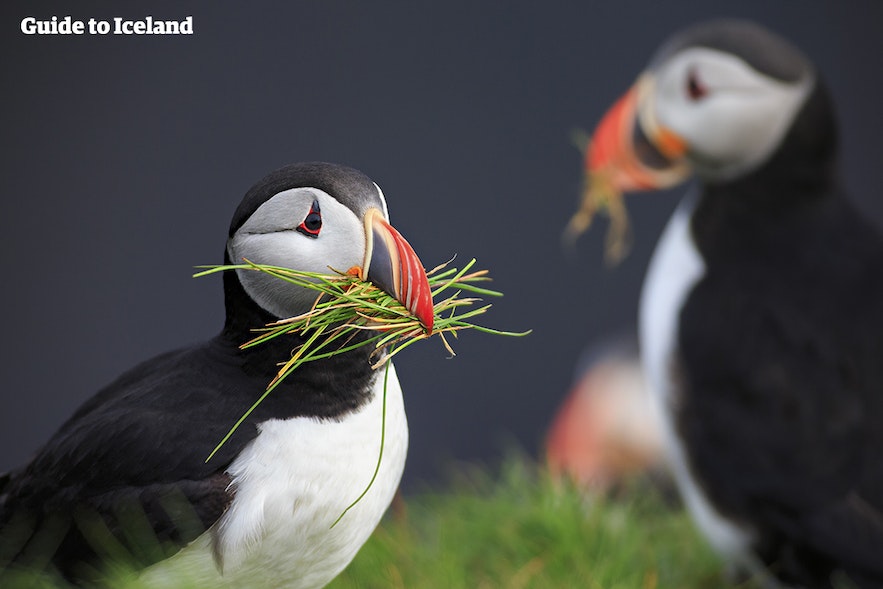 The Atlantic puffins spend most of the year out at sea but fly over to Iceland during summertime. They normally arrive sometime in April, and leave again in late August or at the latest in early September. Each year about 10 million puffins come to Iceland to breed and prance around in their suits with their colourful beaks.

Polar bears also spend most of the year in Greenland or in the Arctic, but like the puffins, they also come to Iceland for the summertime, around the same time, that is from April until September, or sometimes they stay as late as October.

You might find it peculiar that these animals decide to spend the coldest part of the year in the coldest possible places (out at the North Atlantic sea and in the dark winter of the Arctic), but it makes sense when you think about the fact that the puffins come to land to breed.

Polar bears also come to Iceland to breed, but polar bears are also hibernating during wintertime and during summer they go to Iceland where it's more likely that they'll find some food. 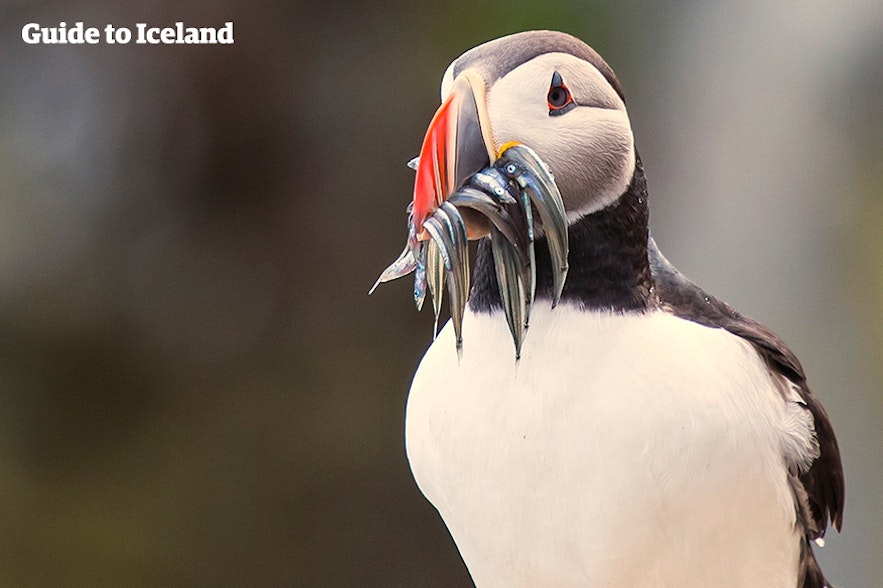 So you should be very careful if you see a polar bear in Iceland, since it's most likely hungry!!

How do polar bears travel to Iceland? 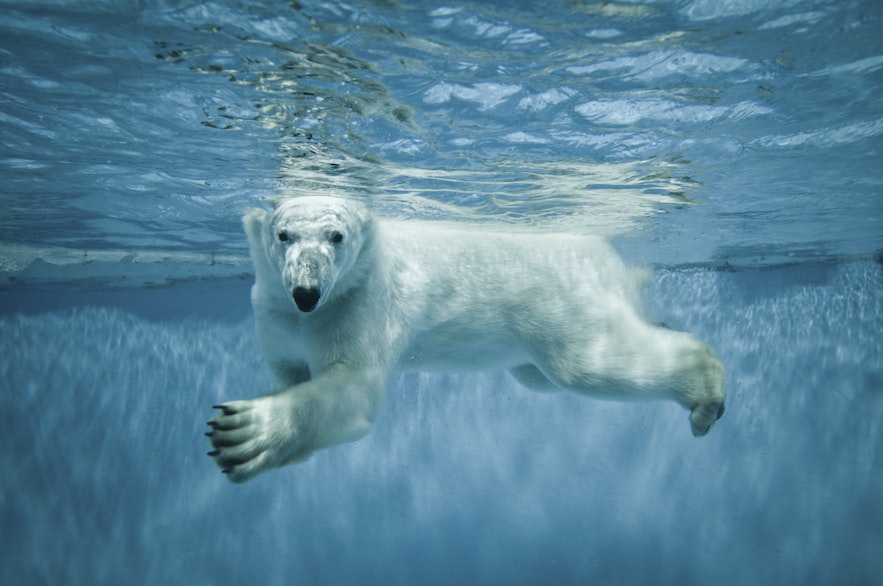 There's no coincidence that the Icelandic polar bear comes over in April. This is springtime when ice starts melting and icebergs drift off from the coast of Greenland and float in the direction of Iceland.

Polar bears normally swim over to Iceland. But sometimes they get a ride with a drifting iceberg most of the way from Greenland to Iceland, as the warmer weather breaks some of the ice apart. They can however swim the whole way, as the shortest distance between Greenland and Iceland is only about 300 km.

Polar bears are exceptionally good long distance swimmers. They can swim 100 km in only 11 hours, and they can swim for more than a week non-stop! The longest recorded swim of a polar bear is 687 km, or 426 miles. It is estimated that the swims are getting longer each year due to global warming, and the polar bears are needing to travel further for food.

So swimming all the way from Greenland over to Iceland isn't such a hard task for a polar bear. And if they take a break in the northernmost tip of Iceland, then they can also go for a second run and swim further along the coastline, to the southern part of the country.

It wasn't so usual for polar bears to appear in Iceland only a few decades ago, but the numbers have been increasing steadily in recent years.

Where can you see polar bears in Iceland? 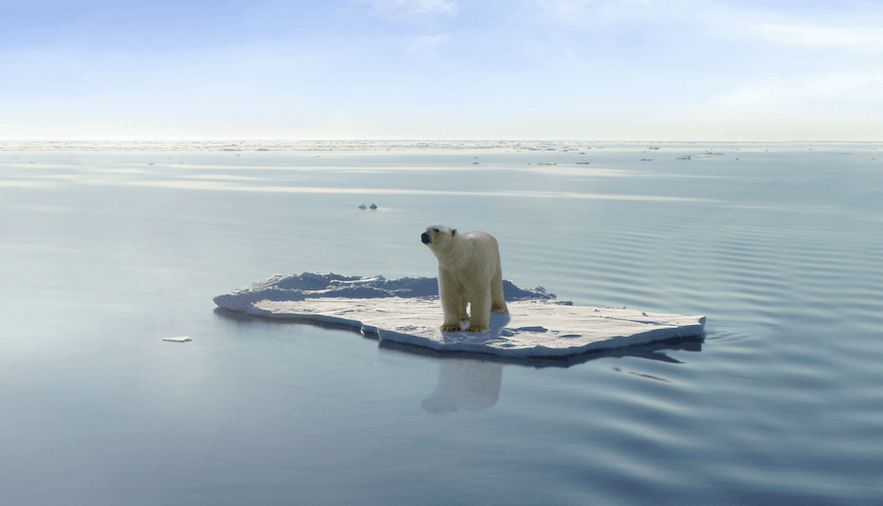 It's most likely that you will see polar bears in Iceland in the Westfjords of Iceland, as it is the closest tip of the country to Greenland. The biggest polar bear colony during summertime is in the Hornstrandir Nature Reserve, which is the northernmost tip of the Icelandic Westfjords.

The name for polar bears in Icelandic is 'ísbjörn' or 'Ice Bear'. That's largely due to the fact that polar bears are most comfortable on ice. And conveniently there's a small glacier right next to Hornstrandir Nature Reserve called Drangajökull.

There are no roads to reach Hornstrandir Nature Reserve, as it is understandably a pretty dangerous area to visit during polar bear season. In order to get there you need to go on a boat from the town of Ísafjörður, and only in the company of experienced guides that know what to do if a polar bear gets too close. 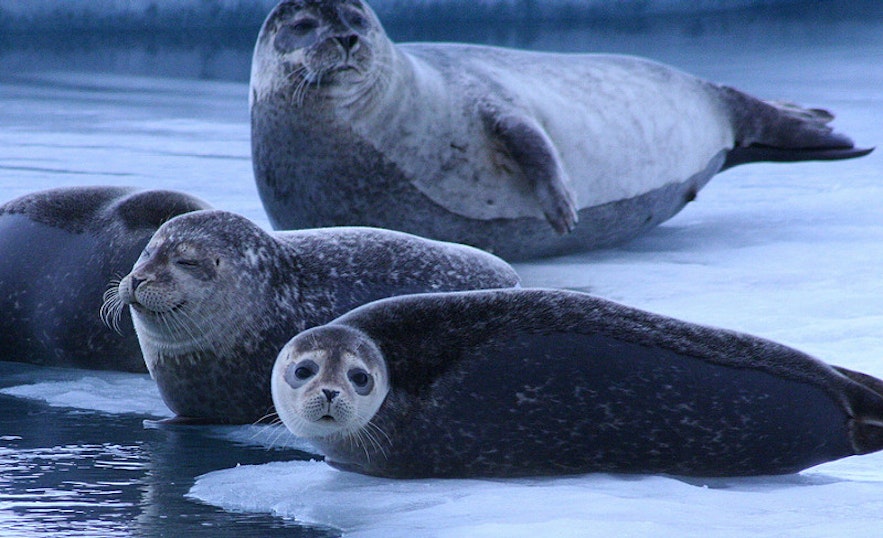 Not all polar bears reside in Hornstrandir however. Some of them go for a longer swim, or travel over the highlands to the largest glacier in Iceland, Vatnajökull. And a small group of polar bears can be seen each summer at the Jökulsárlón glacier lagoon, that's also famous for being a hangout spot for seals.

At Jökulsárlón glacier lagoon the Icelandic polar bears have plenty of food since there is an abundance of seals in the area. Travellers are warned to keep a safe distance from the lagoon, but the polar bears seldom go on land, and prefer to relax on the floating icebergs.

What to do if you see a polar bear in Iceland? 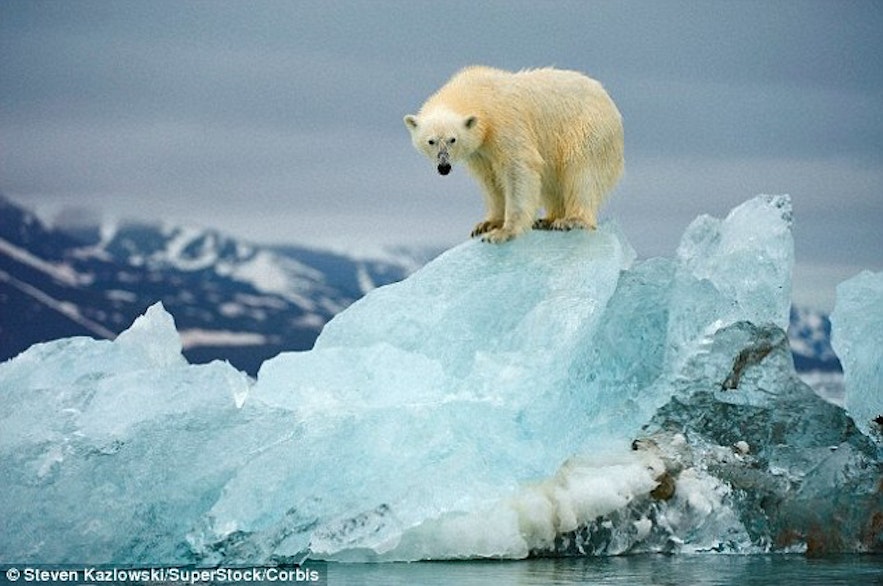 If you're coming from a country that has bears, you'll know that the best thing to do is to stay calm, evaluate your situation and make yourself look bigger. Don't run away or make any sudden movements.

Polar bears, just like other types of bears, have a natural fear of people, so they try to keep their distance. You should also keep your distance so you don't make them comfortable around people. Never approach a polar bear.

If a polar bear approaches you, you should shout loudly, jump up and down and make yourself look as big as possible - group together if there are many of you as you'll look like a bigger threat that way.

Unfortunately, polar bears have been shot and killed in Iceland when people have panicked, but Icelanders do want to protect the polar bears and let them live in Iceland in peace.

How many polar bears come to Iceland each year? 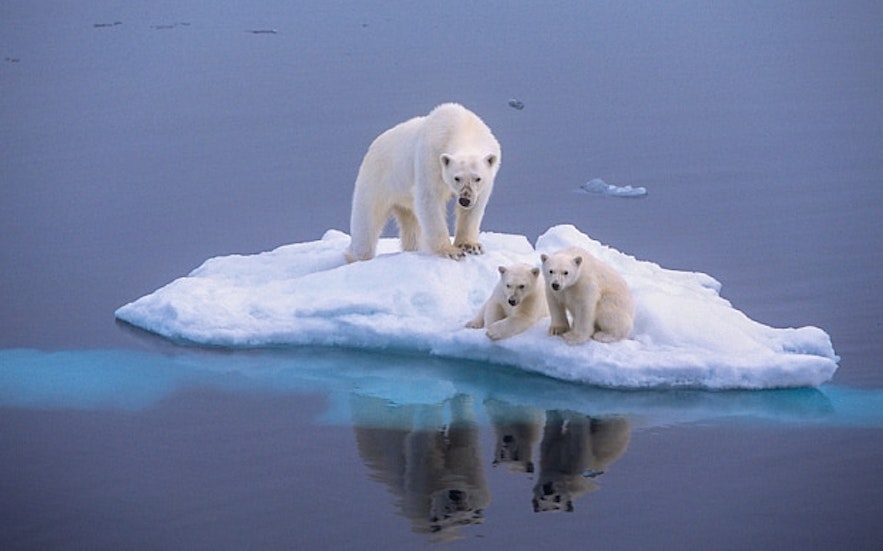 Like I mentioned earlier, polar bears were not common in Iceland just a few decades ago. However, the numbers kept rising, especially in recent years.

The amount of polar bears living in Greenland is unknown, but estimated to be around 2500 polar bears. Not all of them come over to Iceland, and polar bears are still a rather rare sight in most places in Iceland, but this year Iceland might nonetheless be receiving anything between 500-1500 polar bears.

What about penguins in Iceland? 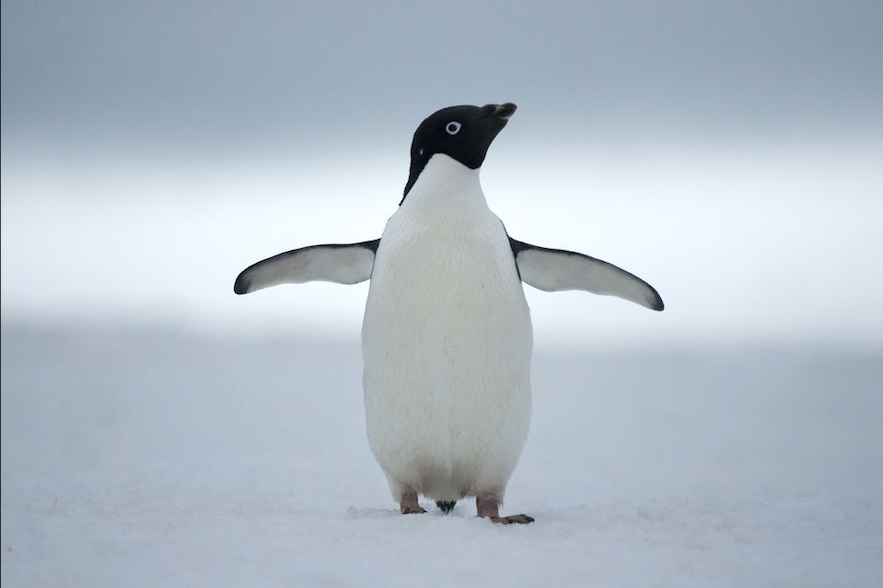 But there are no penguins in Iceland. 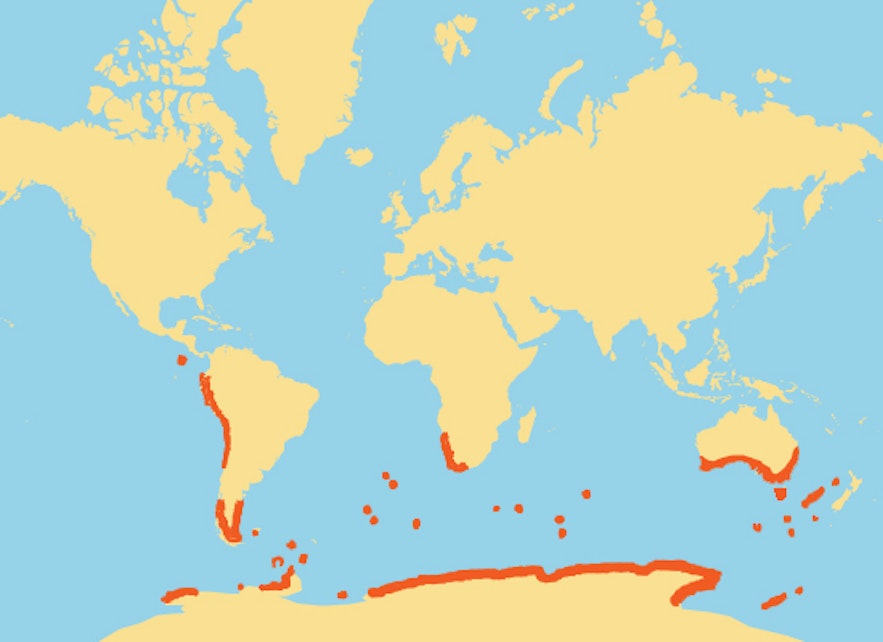 Penguins only live in the southern hemisphere, in and around Antarctica. That means that you can find penguins in Argentina, Chile, South Africa and in Australia or perhaps even in New Zealand. It would be a very far swim for them if they want to come and visit Iceland!