Gay Pride and Ass Kombat in Iceland this weekend!

This weekend is the oh-so-much-fun Gay Pride weekend in Iceland. All over town rainbow colours are adorning houses, buildings, offices and people.

Our Guide to Iceland office went all in and changed the look of the office to coincide with the celebrations, that will reach their peak tomorrow during the Gay Pride parade that starts at 2pm from the Vodafone stadium, that's located at the bottom of Öskjuhlíð hill (the Pearl is on top of it). 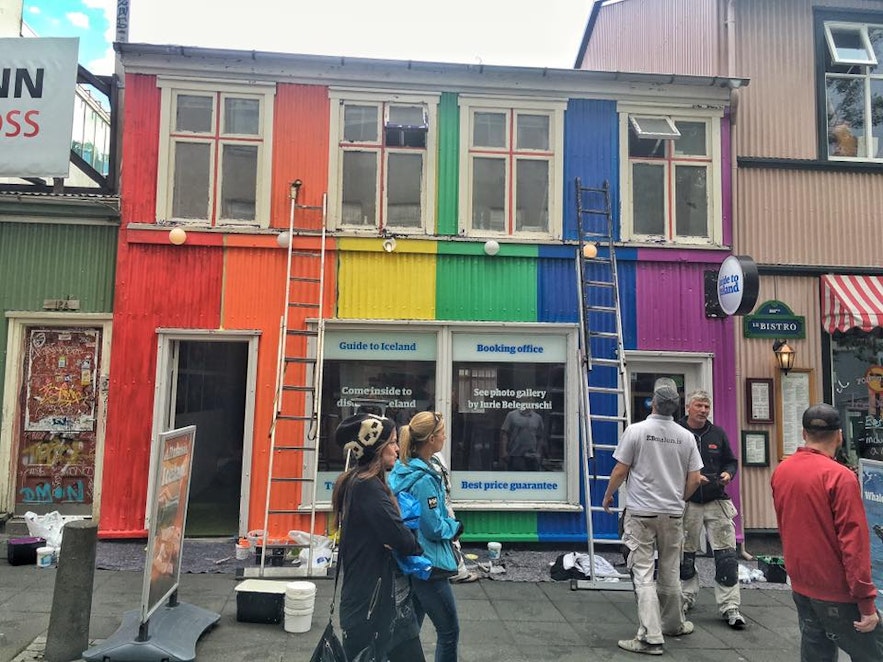 At 3pm today we got some lovely painters to stop by our office and give it a fresh new look - don't you love it?! :) They're still working on the finishing touches so you can go and have a look at it right now! 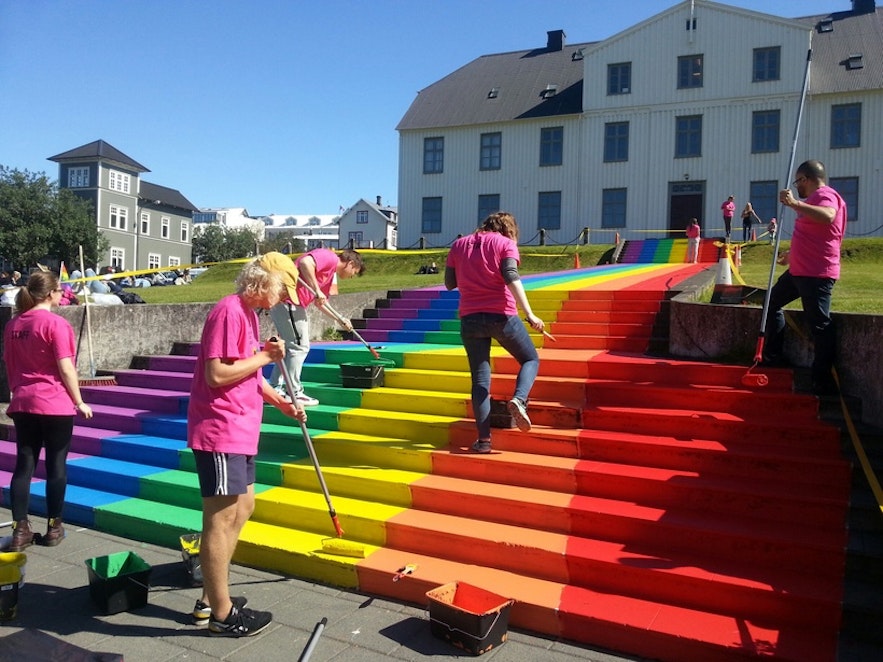 The staircase leading up to Iceland's oldest and one of the most respected highschools, MR - Menntaskólinn í Reykjavík, has also been painted in the rainbow colours - and looks fantastic!

The theme of Gay Pride in 2016 is 'history', so it's fitting to have one of the oldest buildings in Iceland as a part of the celebrations.

So put your glitter on, and adorn yourself with feather boas and all sorts of colours (at least that's what I'm doing) and join the parade tomorrow, Saturday the 6th of August, in downtown Reykjavík. It's the party of the year, I promise ;)

If you want to start celebrating Gay Pride and have a bit of fun tonight, then my advice would be to check out the gender-bending comedy show 'Ass Kombat' that takes place at Tjarnarbíó theatre at 20:30.

Ass Kombat is made by a Spanish company, Patrícia Pardo, in collaboration with Amnesty International for the campaign 'My Body, My Rights'. It deals with issues regarding body image, gender roles and sexualization through circus, clowning and comedy.

There's only one performance, so don't miss out! You can buy tickets here, or on the door - Tjarnarbíó is right by the city pond.

The show is entirely in Spanish, with Icelandic subtitles.

Read more about the fantastic Tjarnarbíó theatre here, where you can often find quality theatre performances in English :)