Have you seen this woman?

We need your help! A young Icelandic girl, Birna, has been missing since Saturday morning at 5am. The entire Icelandic population is puzzled and worried about her whereabouts. Were you out on the town on Friday night and did you possibly talk to her, have any knowledge of where she went or see who she talked to?

Birna Brjánsdóttir is a 20 year old woman that's 170 cm tall (5'5"), around 70 kg and has long light auburn hair. She's born in 1996. She was dressed in black jeans, light gray jumper, black fleece jacket with a hood and Dr Marten's shoes.

If you have ANY information about her, please contact the Icelandic police on the number +(354) 444 1000 or e-mail abending@lrh.is

Birna went out partying on Friday night at the club Húrra in downtown Reykjavík. She left the club around 5AM and security footage shows her walking up Laugavegur main street shortly afterwards. She disappears from sight near Laugavegur 31 around 5:30AM. It is believed she may have stopped on her way to chat with some tourists, as she had made a lot of foreign friends recently. If you, or anyone you know may have noticed her or spoken to her, then even the smallest details might help the investigation.

The investigation is being handled as a missing person's case and not as a criminal case. 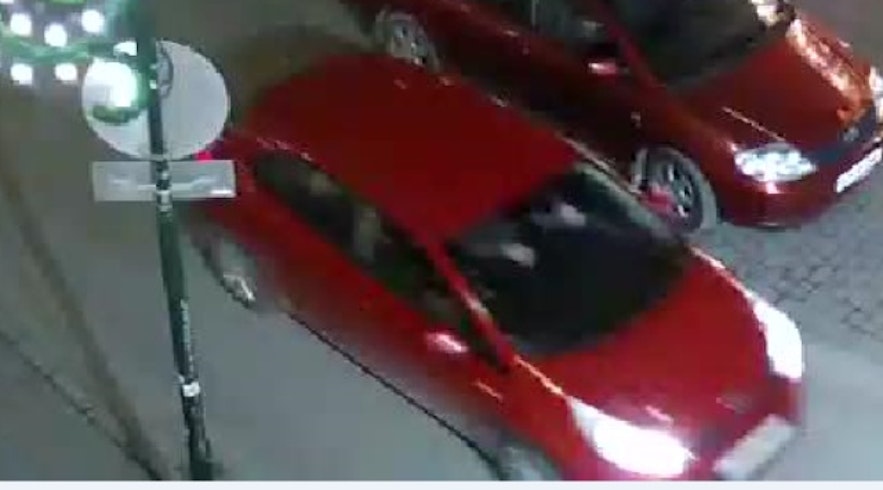 A red car (believed to be a Kia Rio) drove down Laugavegur at the same time that Birna disappears from view on the security cameras, and she may have possibly gotten a ride from someone in the car, or the driver may have seen where she went. The driver of the car has still not contacted the police, so in case of the driver being foreign, possibly a tourist that's not been following Icelandic news I want to ask any travellers in Iceland to get in touch if they happened to give a young girl a ride somewhere on Friday night/Saturday morning, or if they noticed her getting into another car nearby.

The last signal picked up from her phone is from Hafnarfjörður around 6AM, when the phone was turned off. At first it was believed her phone was stolen, but now the most likely thing to have happened is that she was in a car herself going to Hafnarfjörður.

Birna is not involved with drugs according to her friends and family, so this disappearance is completely out of character.

Search and Rescue Teams of Iceland looking for Birna 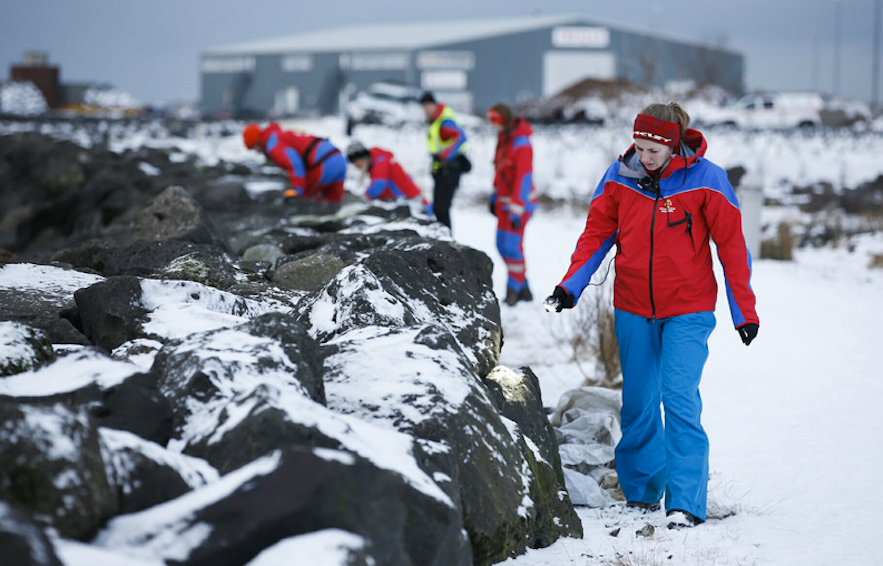 The Icelandic search and rescue teams are on full alert looking for Birna, so you may have seen a lot of people dressed up in red and blue gear walking around in downtown Reykjavík and looking into every crook and cranny they can find. Everyone in the search and rescue teams are working voluntarily, and additionally to the search teams the general public of Iceland have been helping out with the search. Some people working downtown have even taken time off work to go out and join the search. However, the general public have now been asked to leave the search to the search teams so they do not get in the way.

All of Reykjavík capital area and its surroundings are being searched, including the use of helicopters, submarines, divers and drones. 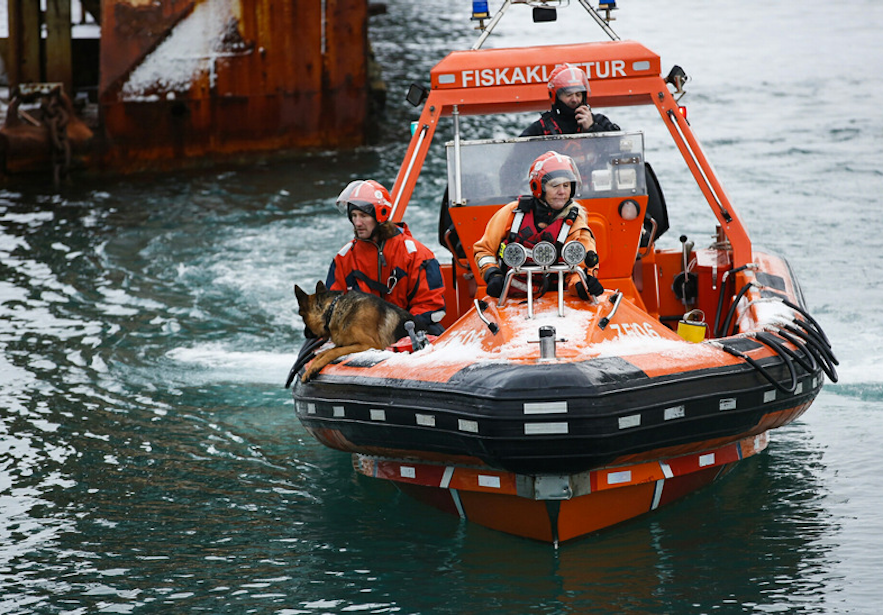 Iceland is considered a very safe country although people do sometimes disappear here, each time it happens it draws a lot of attention and hundreds of people help out to find the missing person. Fortunately some people are found quickly, and sometimes alive. Other times we are not that lucky.

The Icelandic nature is dangerous, and one mistake, such as placing your foot wrong, can lead to falls into crevasses in the countryside, or falling into the ice cold North Atlantic sea. Going too close to the dangerous waves at Reynisfjara beach is unfortunately very common for tourists especially, and a few fatalities have taken place there.

Not dressing sensibly and going for a hike into the Icelandic highlands have also led to a few fatalities, or missing people.

Read more about things that can kill you in Iceland here, know about the dangers in advance and be prepared for all kinds of weather while you are here.

Birna is therefore the first female to go missing in Iceland, and I sincerely hope she will be found very soon, alive. I'm sorry to be bringing these upsetting news to you from Iceland, but it is important that we act as quickly as possible, and if there's even the slightest chance that someone reading this may have some important information of Birna's whereabouts, or may have possibly spoken to her on Friday night then it's important to make people aware of the situation!

Since video footage may be more likely to get you to recognise her, here you can see a footage of Birna taken by her friends:

As a last note - I know Iceland is a wonderful winter wonderland, but please respect the strength of the nature and be careful on the slippery ice and near the dangerous sea.