Saturday last week was a stunning day. There was not a single cloud in the sky and not even the slightest breeze. Iceland is generally a pretty windy country, so it's great when you get those fresh and clear autumn days.

I was at the office, working, when I got a phone call asking if I could join a last minute helicopter tour to Mt Esjan. I didn't hesitate and said that of course I would come - and got told I had 2 minutes to get down to the domestic airport in Reykjavík. 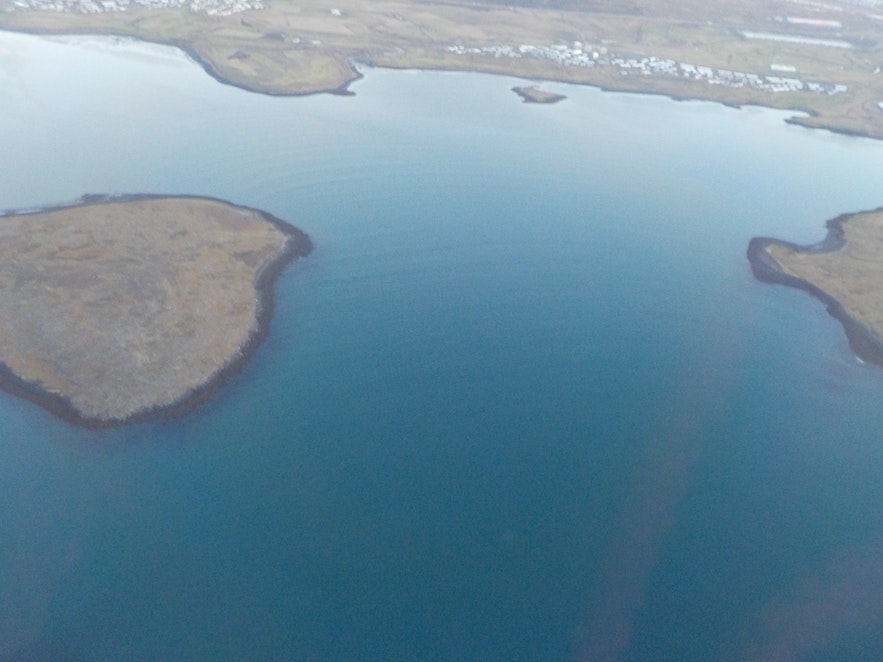 That's the beauty about the helicopter tours, even if you book them for a certain day, if the weather isn't co-operating on that particular day, the tour operators will give you a call when they will be able to go and try to adapt the times according to your schedule. That was the case for my travel companions, a mother and a 9 year old son from the UK that had been hoping they could go on this helicopter flight for a few days.

The mother was scared of heights and the little boy was beyond excited, so the flight consisted of a lot of 'oohs' and 'aahs' and 'AAAAAAAHS' along with the panoramic views. The boy kept telling his mum that this was the coolest thing he'd ever done in his life and he was really happy that her fear of heights wasn't getting in the way. They were having a fantastic time, and so was I and the pilot. 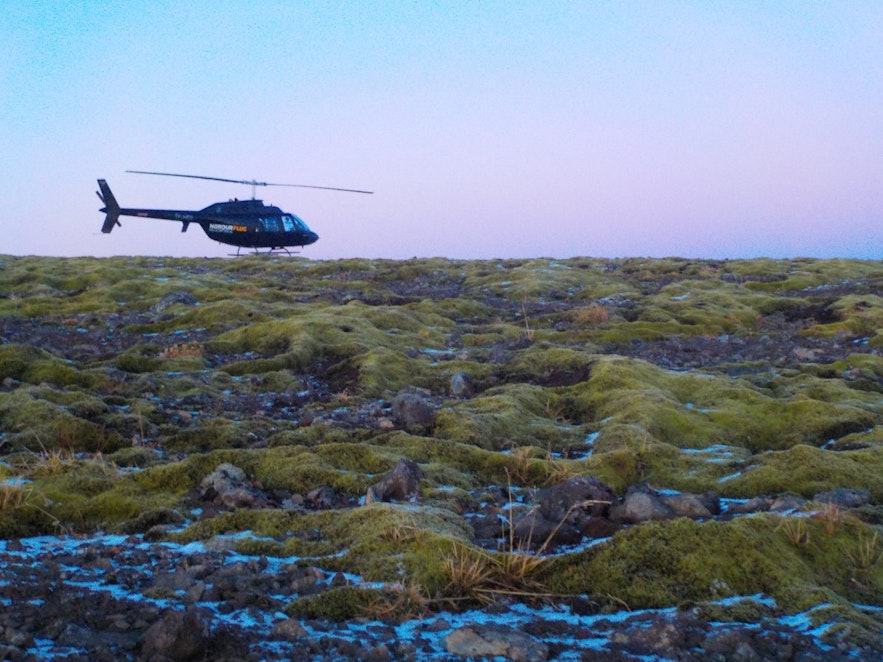 It's such a satisfying feeling to take off on a helicopter, much more satisfying than on a plane where you need to accelerate down a runway first. It's a feeling that can't really be explained, it's just like someone has literally picked you up and lifted you into the sky. And off you go. 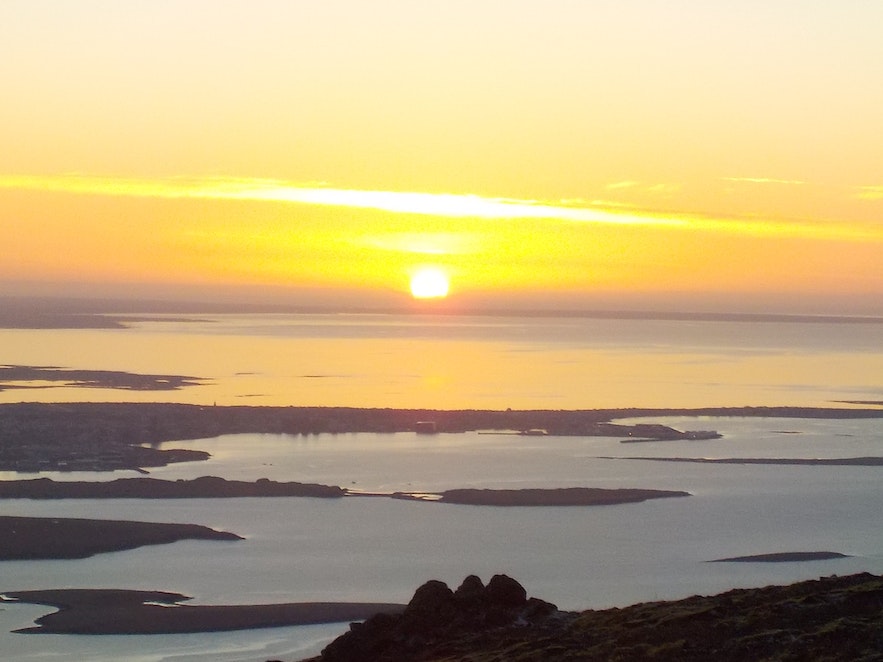 The views over Reykjavík are stunning, as well as the neighbouring Viðey island and Mt Esjan. We flew to the top of Esjan and landed there, admired the stunning sunset and had a great conversation with the pilot. He had some great insights into the landscape and current affairs going on in Iceland and we also had time to enjoy the still and quiet on the mountaintop. 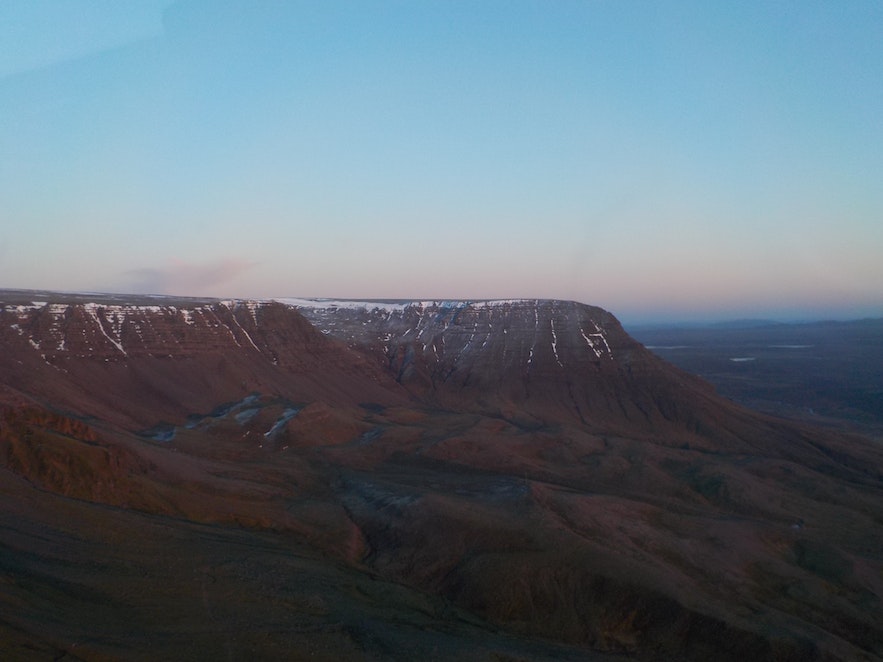 Flying back down the pilot took us for a little spin in the helicopter, giving us an even better sense of feeling like a bird that's being carried on air instead of flying through it. The sun had set, there was a beautiful glow all over Reykjavík and the surrounding area, we could see all the way to Snæfellsjökull glacier as well as along the Reykjanes peninsula and up to Bláfjöll mountains. Four faces with big smiles on them emerged from that helicopter when we landed.

There's nothing quite like seeing Iceland from above on a clear day, and this was the easiest ascent and descent I've ever made up to and from Mt Esjan! I even got some pretty decent pictures, for a total photography amateur, it isn't hard when the views are this spectacular :)

Next time I want to fly over the highlands :) 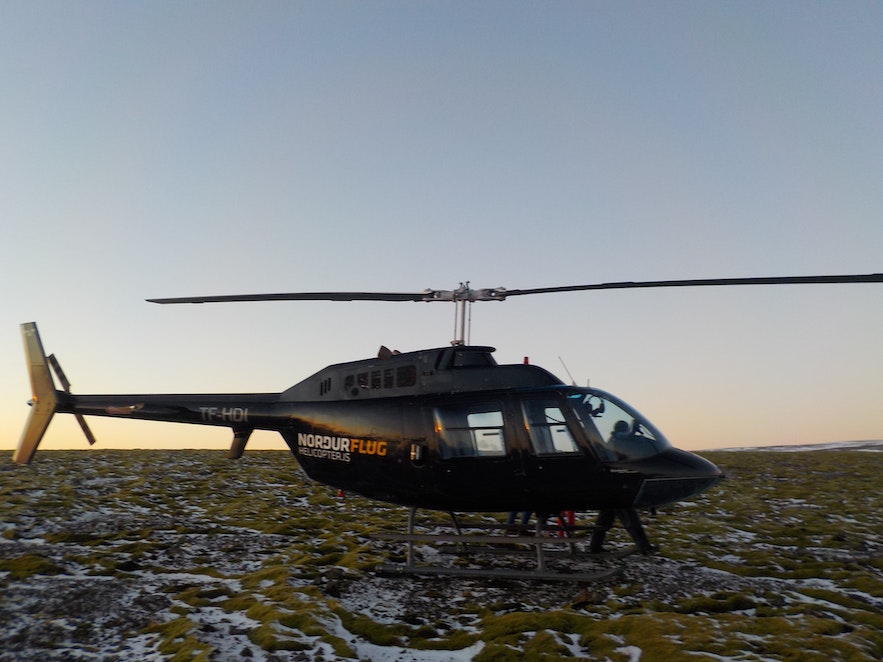