Get a vacation
Book your tours
Rent a car
Find stays
Read info
COVID-19 information & support
Book your trip now
Guide to IcelandConnect with localsNanna GunnarsdóttirIceland is through to the round of 16 in EURO 2016!!!!!!!!!!!! 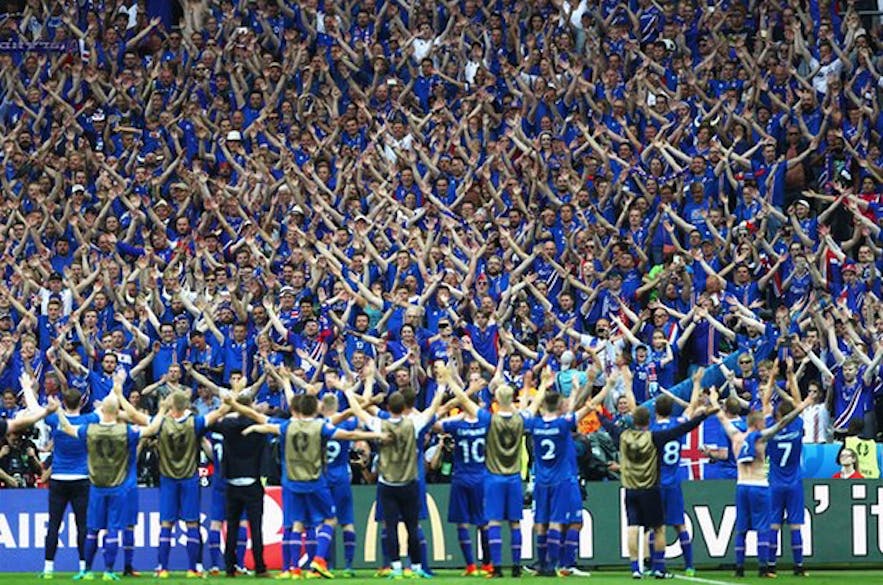 It's official, Iceland is through to the round of 16 in the European Championship 2016.

I'm writing this in a state of elation and incredulity - Iceland scored the first goal and by half-time the score was 1-0. Austria scored in the second half and the score was 1-1 until THE VERY LAST SECOND OF THE GAME! That's when Iceland managed to score another goal, so the final outcome was 2-1. The last goal was scored at 94 minutes into the game (there were additional 4 minutes given to the time) and as soon as the ball was inside the goal, the game was over.

Here you can watch this beauty:

The last goal was scored by Arnór Yngvi Traustason, I might add, the only single guy in the team (ladies and gentlemen, get in line!).

At the same time, Portugal was competing against Hungary (in a game that was probably incredibly intense to watch as they kept matching each other's goals) and their game ended in the perfect result for the Icelandic team, a tie of 3-3.

So Iceland is OFFICIALLY in the round of 16 in the European Championship as they are the second ones in Group F, after Hungary. Iceland and Hungary both have 5 points after 3 games (two ties and one won game) but Hungary has a slightly higher goal score. This is the single most important thing that has EVER happened in Icelandic sports history.

And of course the Icelandic nation is going crazy and celebrating all over the place!

Read my blog about the lead-up to this game, where I wondered if Iceland would make it through to the round of 16, and my blog about Iceland's game against Portugal in EURO 2016 to get a better sense of how important this game was :)

Next up is a game against England on Monday, that'll be a fun game, especially since I used to live in England and have an English boyfriend.