HÚ seems to be a bit of a favourite amongst the foreign nations watching the European Championships... some news channels have even accredited the chant to be the reason for Iceland's good going on the Euro 2016! 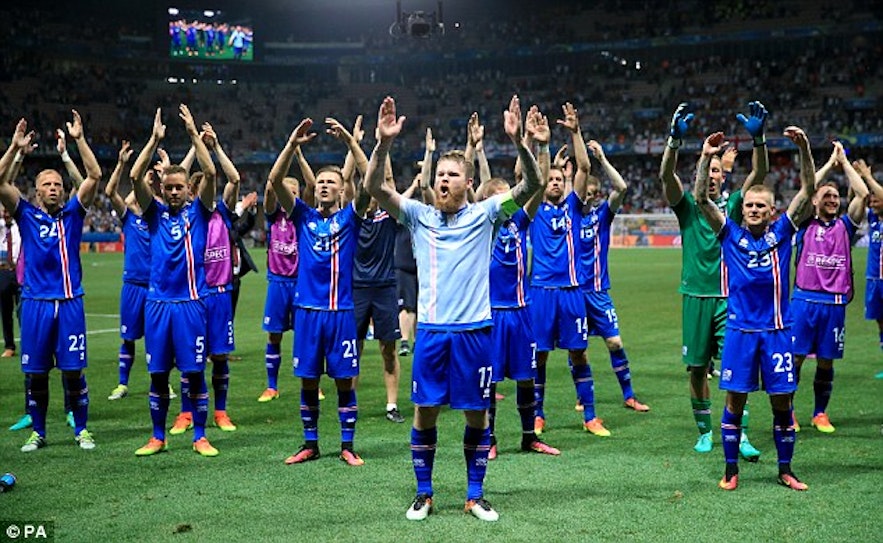 (Personally, I don't really get why it's become so big, it's just a football chant that starts slowly and gets faster - don't all teams do that??)

It's actually so popular that it's verging on being overused - some people wanted to do it at a nightclub in Reykjavík last night (by foreigners I think), it was even used at the end of a theatre show I went to see to start the audience's cheer!

But since there's a big match today, I decided to pull together a few different HÚ or 'HOO' chants that are my favourites :)

And the older generation:

As you can see, absolutely everyone in Iceland will be supporting Iceland when they face France at 7pm tonight (Sunday 3rd of July). No matter what age.

There's also this great post by the Iceland Music Information Centre, where they have transcribed the Icelandic Viking Chant into sheet music: 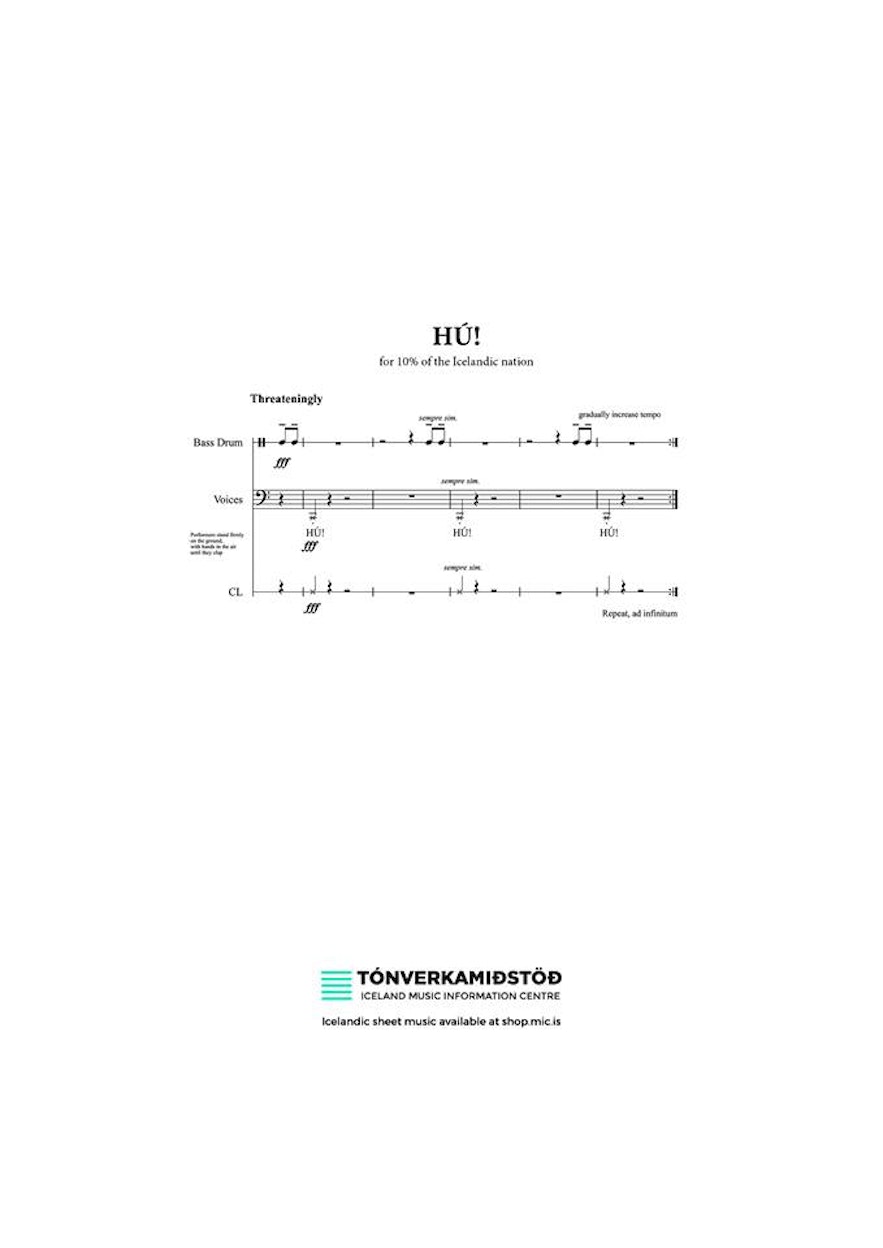 (Apparently T-shirts with the sheet music will be available soon!)

And last but not least, the Welsh team used it to celebrate their win - congratulations Wales - my second favourite team to win! :D 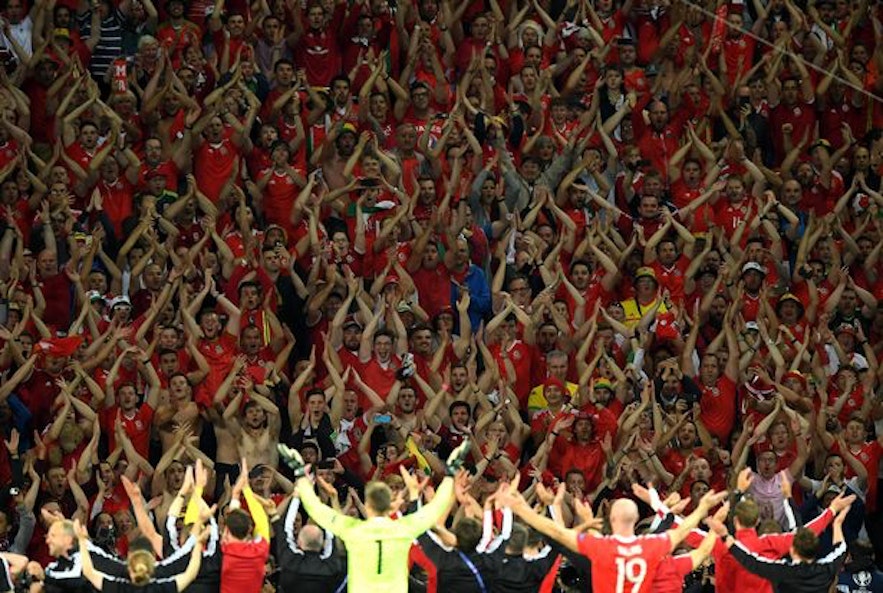 But the 'Icelandic viking chant' isn't actually originally Icelandic, but borrowed from Scotland. Iceland's core support team - Tólfan (The Twelve - the name refers to them being the 12th player on the field) heard the chant during a game between an Icelandic team (Stjarnan) and Scottish team (Motherwell) and asked if they could borrow it. And the Scottish team was obviously gracious enough to say yes - we love you fellow Vikings! :)

This was only a couple of years ago, but ever since then the HÚ chant has become a regular thing - and it seems to be working its charm on scaring Iceland's opponents - lets just hope that continues tonight when we face France! 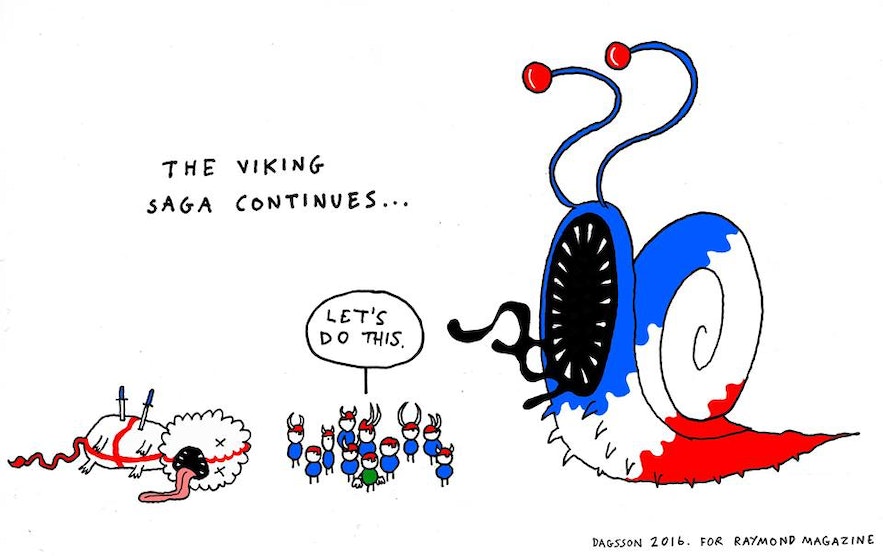 The game starts tonight at 7pm GMT - and if you're in Reykjavík, you should come and watch it with a few % of the nation at Arnarhóll downtown (that's Eagle's Hill in case you were wondering, since all our Viking location names sound awesome!) ;)

Obviously we're in it to win it - but even if France should win, we'll still be nice to French people - that have been wonderful hosts for this competition!