Is Miss Iceland too fat?

Arna Ýr Jónsdóttir was told she was too fat to take part in a beauty pageant, but she didn't cave in and go on a diet, break down and develop anorexia or tell the pageant organisers to go to hell - she just politely but firmly decided to stand up for herself - and sent a strong message to the objectifying, beauty obsessed world we live in today.

Beauty pageants have been criticised for years all over the world, and Iceland is no exception to that. Iceland was mostly famous for ‘having the most beautiful women and the strongest men’ in the 1980’s, when the country prided itself of winning a number of Miss World competitions and World’s Strongest Man competitions. The pride of having 'the most beautiful women in the world' peaked in the late eighties, since at the time, Iceland had won the Miss World competition 3 times: Guðrún Bjarnadóttir in 1963, Hólmfríður 'Hófí' Karlsdóttir in 1985 and Linda Pétursdóttir in 1988. 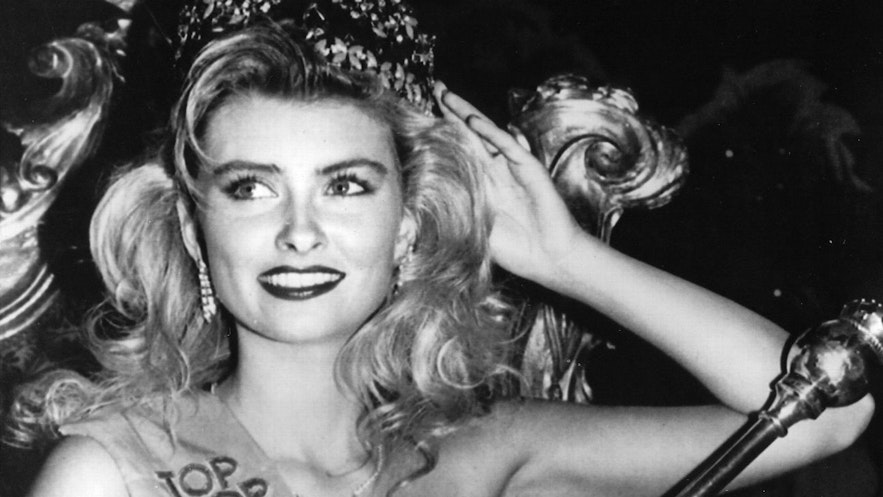 Although Iceland has many beautiful women, women also want to be known for more than just their physical attributions, and beauty pageants are quite controversial in Iceland. Back in 1972 a number of women criticized how you could compete in beauty, comparing it with grading meat and brought a cow to a beauty pageant. That didn't put a stop on the Icelandic beauty pageant, that has been running almost every year since 1950.

In 2000 there was even an added Miss Iceland pageant, Miss Iceland.is - so two pageants took place the same year. This received very mixed reactions. This particular extra pageant said its aim was to focus on the intelligence of the participants, their independence and drive and not as much on the looks (although they all had the stereotypical beauty pageant look).

One woman decided to take part and document the pageant, to show how hypocritical and judgemental this type of competition is. The film was released a couple of years later (in 2002) and is called Í skóm drekans or ‘In the Dragon’s shoes’. It won the best documentary of the year that same year in Iceland.

Iceland went on to win Miss World one more time, when Unnur Birna Vilhjálmsdóttir got crowned the most beautiful woman in the world in 2005, bringing Icelandic beauty queens back on the international stage. 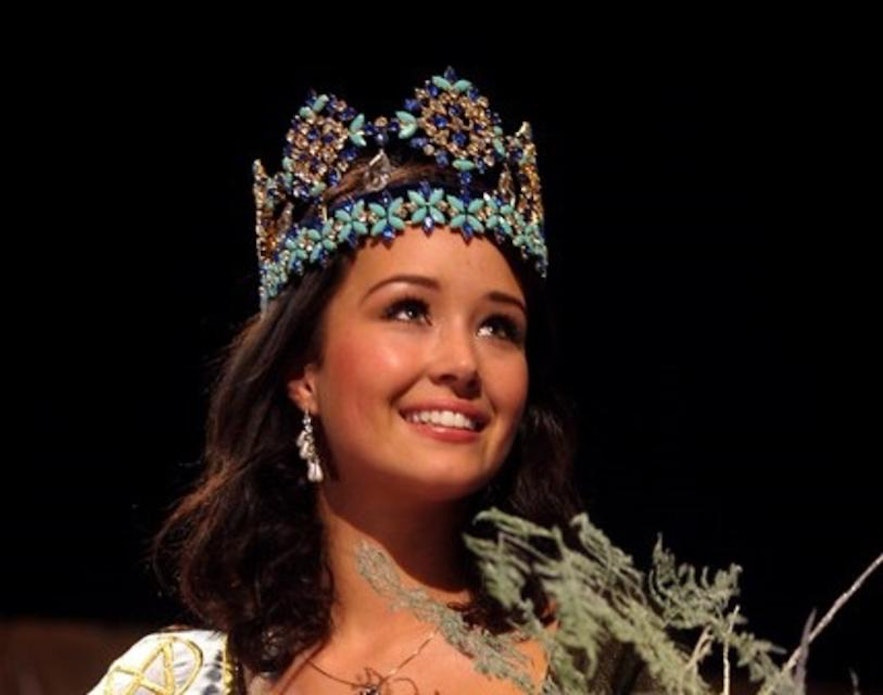 The competitions still receives harsh criticism each year from Icelandic women (and men).

Mr Iceland has taken place a number of times, but seems to have ceased to exist.

However, all the competitors were tall, thin and aged between 18-24, childless and unmarried, and none of the protestors got through. This is the criteria set by the Miss World competition, so that's why the Miss Iceland competition needs to comply to these rules. 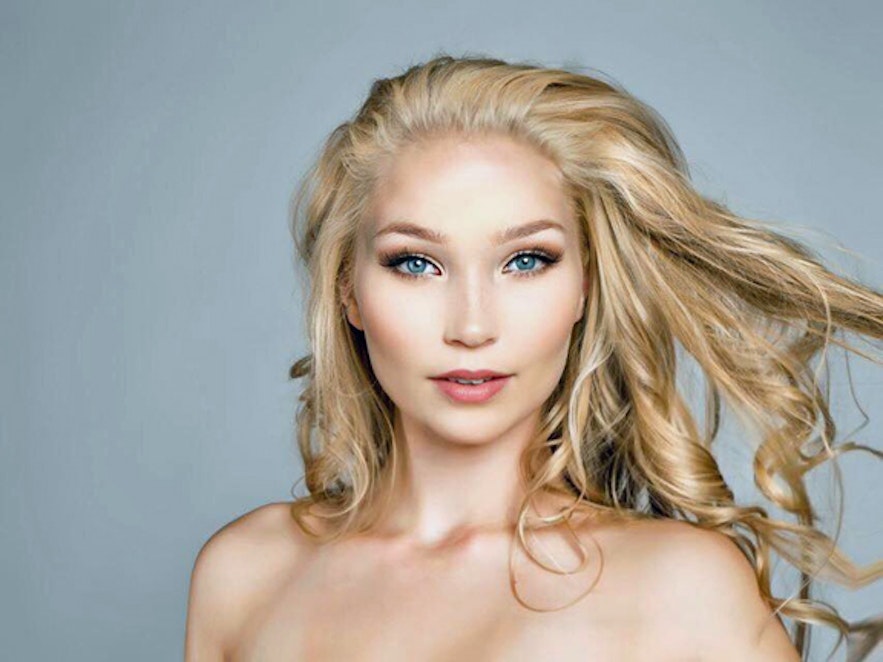 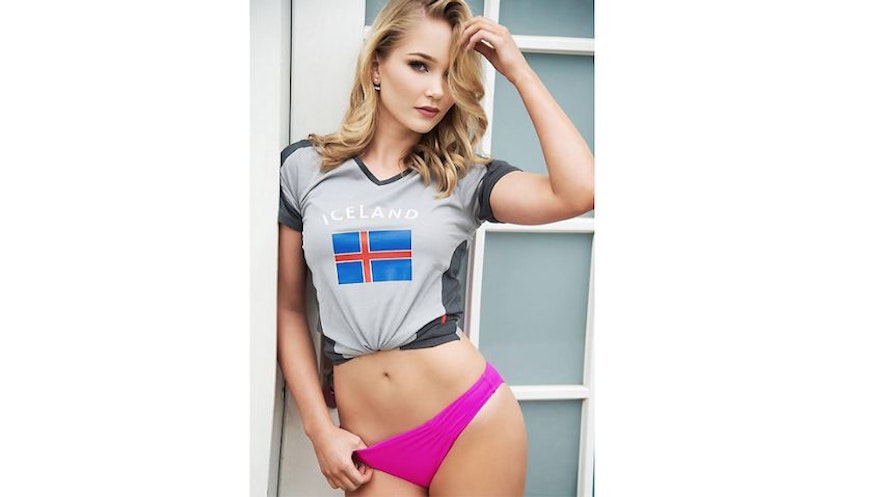 But now Arna Ýr has become the newest Icelandic national hero, even in the eyes of feminists. And this time it's got nothing to do with her looks and all to do with her personality.

Here you can see her prepare for the Miss World competition in a photo shoot:

How did this stunning Icelandic girl win over the whole nation, including people that are extremely anti beauty pageants? By quitting.

Arna Ýr was told by the owner of the Miss Grand International beauty contest that she was too fat and that she should go on a diet to take part in the final night. Instead of following the ludicrous orders, she put the body-shaming blame where it belonged and quit.

Does this woman look too fat to you? 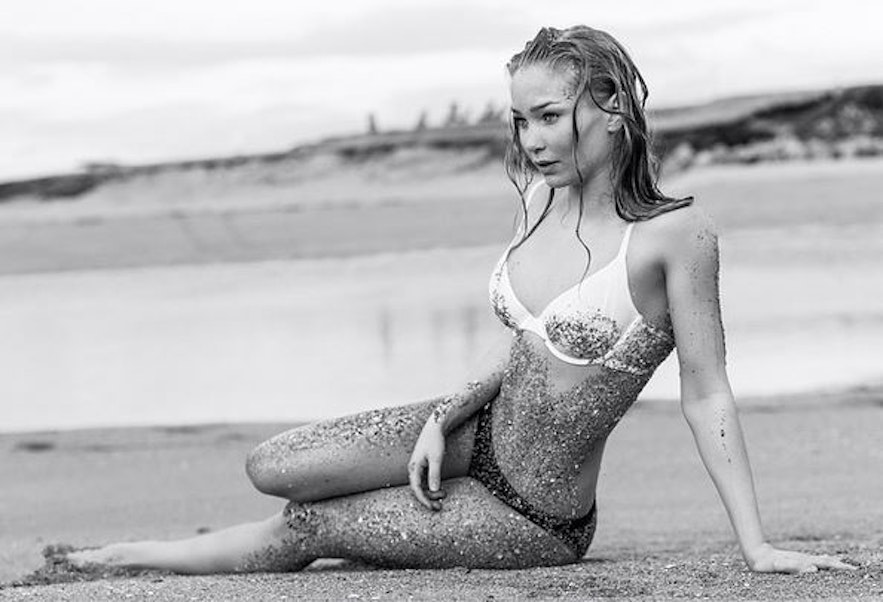 In her own words, she says she used to train athletics - she's even a pole vaulter, which explains her strong physique and broad shoulders, that she's proud of and perfectly happy with. She also feels that she's perfect just the way she is right now and doesn't want to change herself for someone else. If Nawat doesn't like her the way she is, he doesn't deserve to have her on the stage of the competition.

She talked about this on her Snapchat account and got a big reaction. She was then approached by staff of the beauty pageant to say that it was all a misunderstanding, which she did.

A day later she decided she wasn’t going to be bullied into co-operation for something that she completely disagreed with, and publicly announced she would be leaving the competition, and that this one would be her last. Or as she put it: ‘The high heels have been shelved’. (To ‘shelve your shoes’ means to quit/retire in Icelandic).

She checked out of the hotel where she was staying and booked a flight back to Iceland the following day. 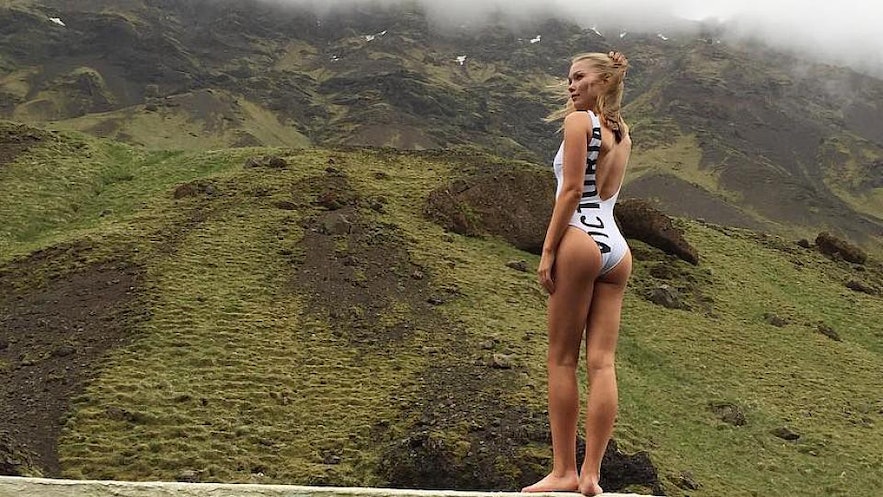 By doing this, she is sending a strong message to Icelandic girls, who may be impressed by the glitz and glamour of beauty pageants. Not only do they see that even when you’ve been crowned the most beautiful woman in Iceland, you can still get criticism about your looks. And instead of listening to this criticism and be negatively affected by it, or ignore it completely, you can choose to react to it and point out that this is not acceptable. Even when you are taking part in a competition where the focus is to judge you on your appearance, you can still tell people that it is not acceptable to tell you how to change something about your body. Let alone when you hear comments like that on the street, or even from someone you know.

So I want to congratulate Arna Ýr, by sticking to her feelings and pride and quitting the competition, she came out as the biggest winner. Media around the world is praising her actions and she's now back in Iceland, after having quickly left Las Vegas.

Without a doubt, she'll just be jumping even higher in life after this experience. Her athletic physique is what landed her a modelling contract for Nike, and she'll probably get more offers following the positive media feedback after her response to Nawat. Here you can see her compete in pole vaulting in 2014.

Oddly enough, the organisers of the competition didn't want to give her her passport to leave, which in my opinion should be getting more press than the bodyshaming. I'm not surprised at all about bodyshaming taking place in a beauty contest (they are judging the way you look after all, according to some weird standards that only 5% of the world's female population fits into), but trying to withhold someone's passport illegally is a criminal matter.

All in all, girls around the world - think about it carefully if you want to enter beauty pageants and if it's worth it to be told from strangers how you should act and look. If you still want to do it, then go for it - but be prepared!