After an incredibly successful career, David Bowie went out in style 2 days after his 69 year old birthday, when he released a brand new album, Blackstar.

I woke up this morning in Reykjavík, looked out the window and saw snowflakes coming down. I was filled with instant joy. Then took a look at my facebook feed and saw 3 posts in a row about Bowie. It wasn't until the third one that I saw that he had passed away - the former two made me think that people were just in awe of his new album and was hoping that he had announced a tour. The joy I'd felt quickly turned to genuine sadness. The entire world seems to share my sentiments - including the weather in Iceland!

I've been a fan of Bowie since I was a little kid. Ever since I heard Space Oddity when I was between 8 or 10. Unfortunately I wasn't big enough of a fan to insist on going to see him when I was 12, when he performed in Iceland. I remember wanting to go, but I think my mum thought I was too young at the time. Wouldn't that have been the most amazing first big concert to go to?

Years later, I was finally about to see him play live, when I bought my first ticket to go to Roskilde Festival in Denmark where he was headlining. The day before he was supposed to go on stage, he cancelled the show due to an illness.

Ever since, I've been waiting for him to go on tour again so I could see him live - but now that dream is gone.

However, somehow sadness isn't the most overwhelming feeling I've got. Instead I'm full of admiration. The man, the legend, has been struggling with cancer for the past 18 months - and instead of informing the world of this, he continues fighting and finishes one last album, Blackstar, released on his birthday, that serves as a goodbye note for his fans (and family and friends) around the world. With lines such as 'Look up here, I'm in heaven' and 'I'll be free' it sounds like he had made peace with death. 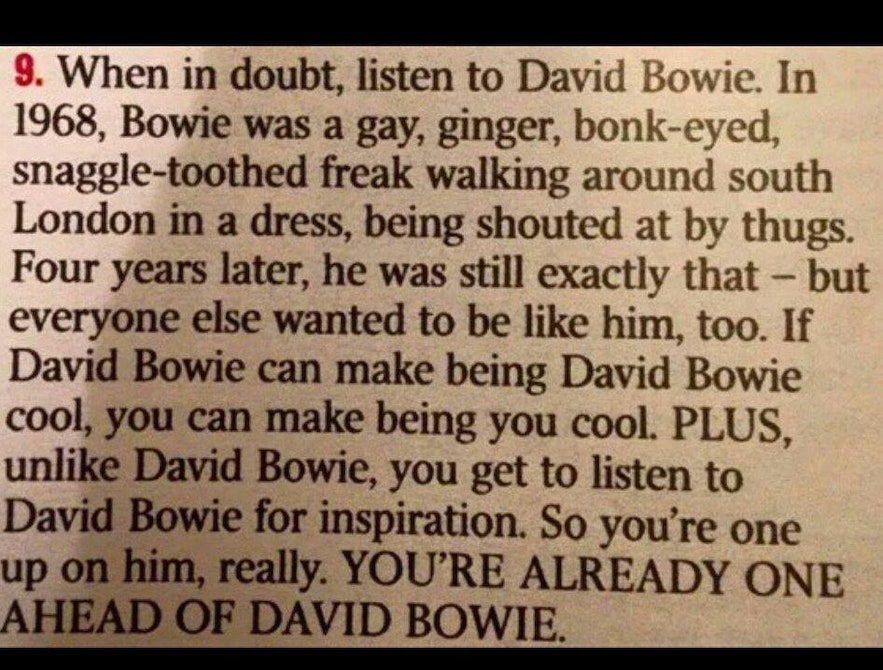 We were lucky to get to admire this artist for so long and he's been an inspiration to so many! How many is evident when you look at social media today... He stood up for black artists when they weren't being represented on TV, he stood up for gay rights and is an incredible icon for LGBT rights, he was admired by people of all ages, all around the world and prompted people to wear what they want and do what they want. I think that my new motto should be, what would Bowie do?

He sure lived his life to the fullest - and I'm about to go out and do the same, during my short visit in Iceland, I suggest you do too.

p.s. Bowie seems to have loved his stay in Iceland - Iceland loves you too Bowie! 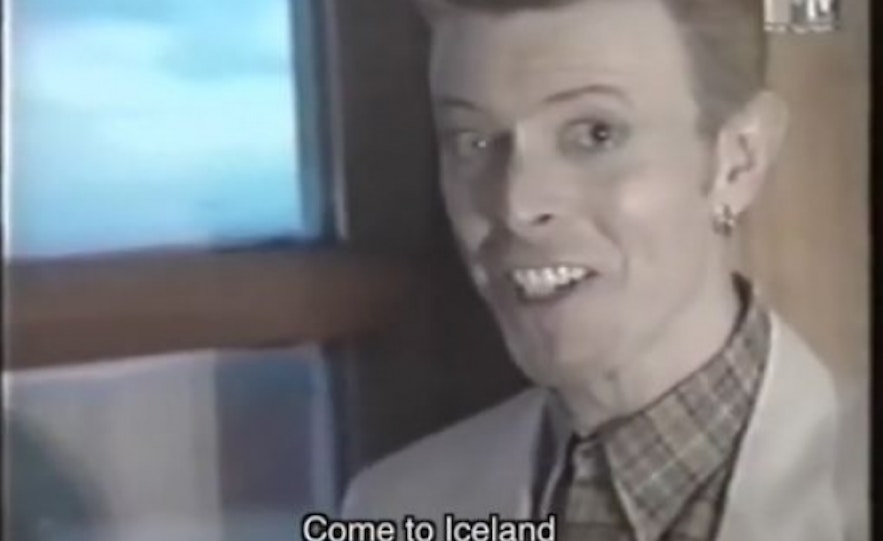