Sluts walk around in Reykjavík!

The annual SlutWalk in Reykjavík takes place on Saturday the 23rd of July 2016 for the sixth time.

If you want to protest against rape culture and victim blaming, then join in for the SlutWalk or 'Druslugangan' walk that starts at 2pm from Hallgrímskirkja church and goes down Skólavörðustígur to Arnarhóll hill, where there will be some bands playing. 'Drusla' is Icelandic for slut. 'Ég er drusla' means I am a slut.

And today there will be thousands of sluts in Iceland.

If you don't know what a Slutwalk is, then let me explain it a little bit.

It started in Toronto, Canada in 2011 after a policeman told an audience at York University that "women should avoid dressing like sluts" in order not to be raped. Immediately afterwards people were outraged as he was blaming the victims for what happens to them, instead of telling rapists not to rape. 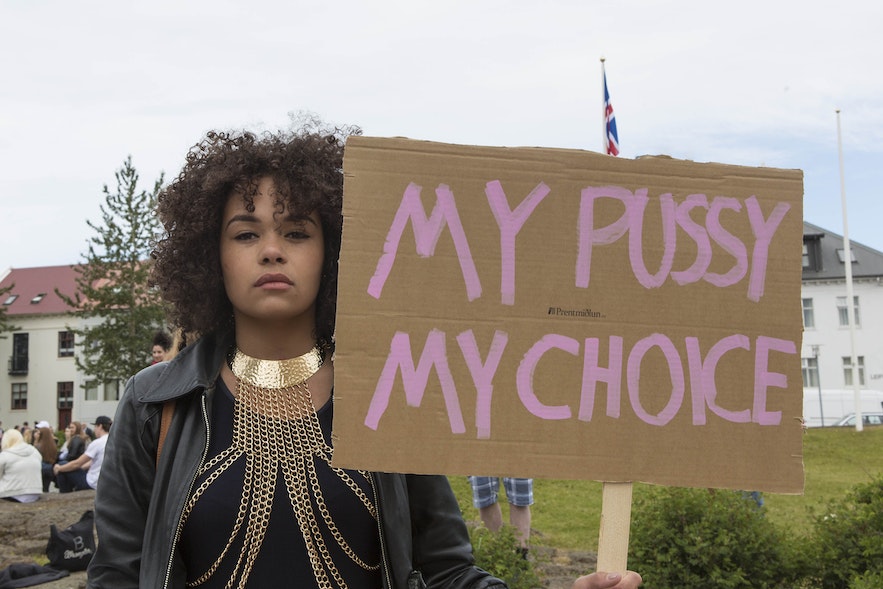 The blame always lies with the perpetrator, not the victim.

No matter what a person wears or how they behave, they are never 'asking for it'. Nobody wants to be raped, even people that walk around naked on the streets. That is not an invitation for a sexual assault. 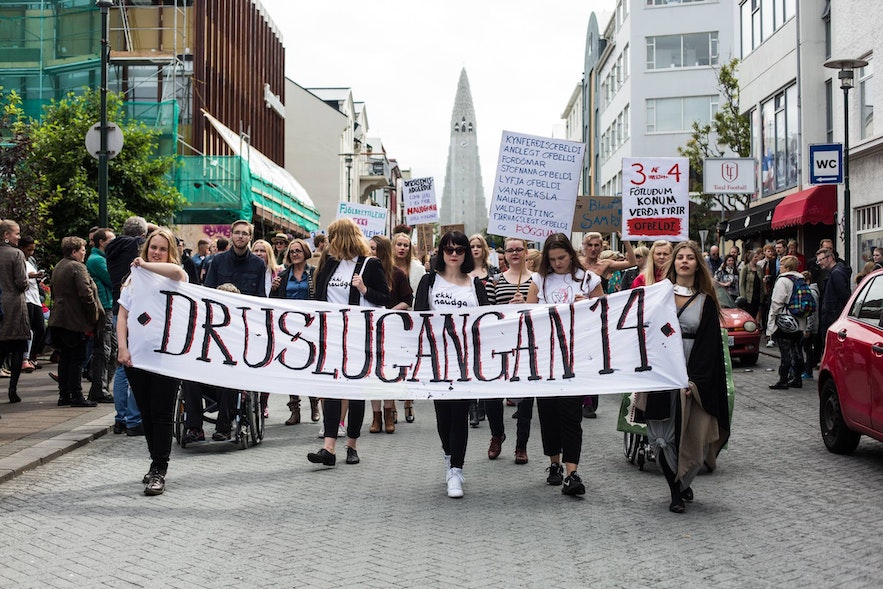 So the SlutWalk was born, where people of all genders and all ages come together to show support to victims and fight to bring the blame back to the rapists and not the victims. The SlutWalk has become very big in Reykjavík in recent years, with more than 20 thousand people marching last year.

I might add that this is a very family friendly event, with a lot of kids taking part and plenty of strollers being pushed. 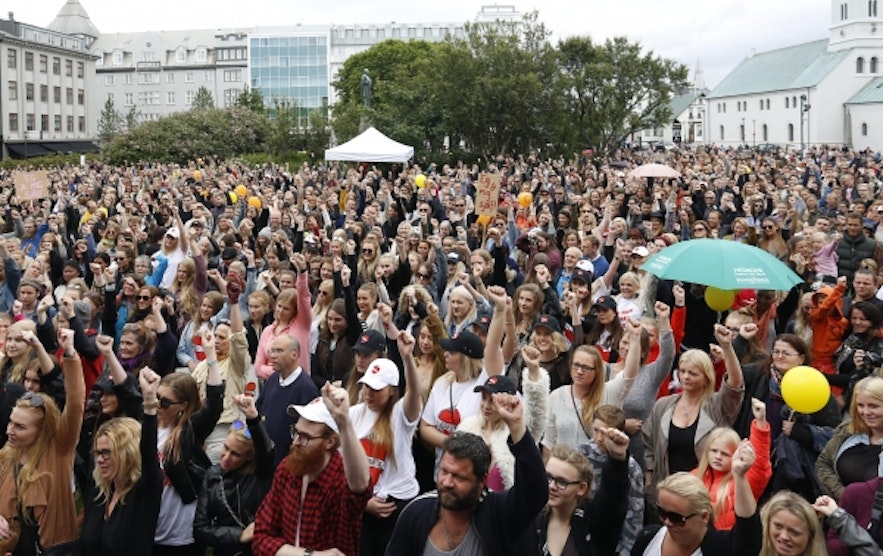 Obviously you're free to wear what you want during the SlutWalk (and before and after it as well) and just remember to show other people respect.

If you really don't know what to wear, then you can always buy a SlutWalk ('Druslugangan' in Icelandic) T-shirt to support the cause. 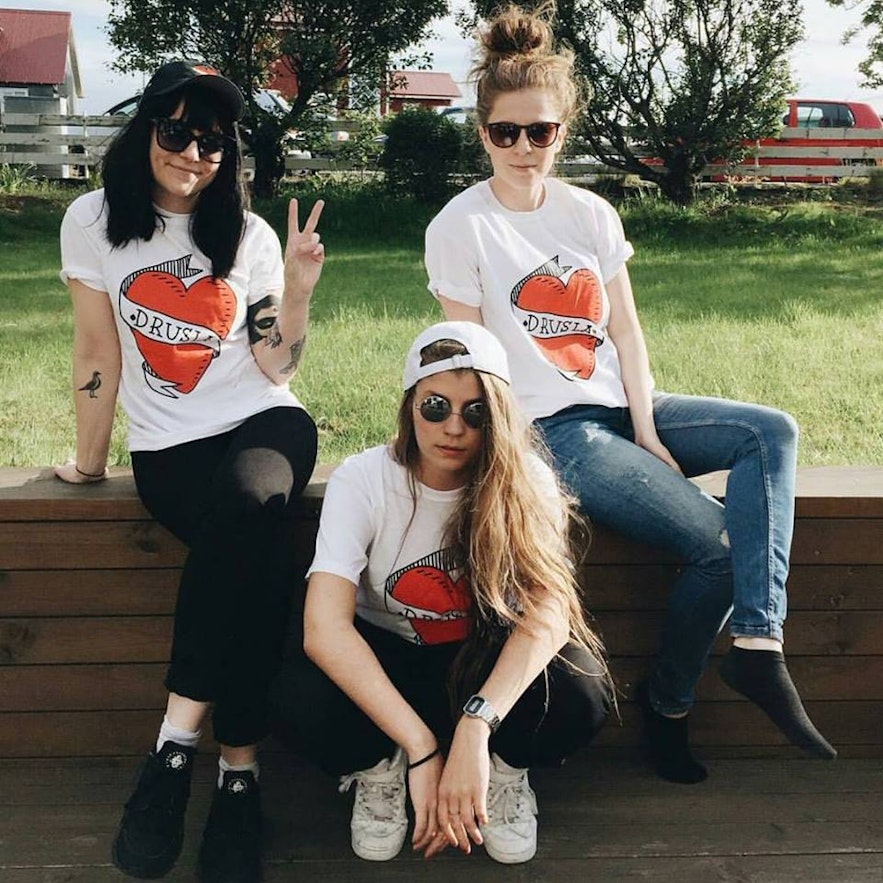 Personally, I'd want the organisers of SlutWalk to invite the incredible one woman show by Adrienne Truscott 'Asking for it' where she jokes about rape and rape culture in a very meaningful (but hilarious) way. Seriously, if you have the means to see this performance somewhere (I saw it at the Edinburgh Fringe a few years back and still think about it) - then do so!

Hopefully people in Iceland can see it next year around the time of the SlutWalk :)

Joking about rape you say? Is that allowed you say? Yes, if it's done well and not just for shock value - I personally think humour is the best way to bring down stigma and tough issues. See a snippet of her show and an interview here:

You can also read my blog from last year about the Slut Walk in Reykjavík :)