Arts and crafts from ice and snow. Find tips on how to make Icelandic ice haberdashery :)

As I live in London, where everything stops working the second there's a 1cm thin layer of snow on the ground, I've heard some amusing comments such as 'I bet everyone just goes on as normal, driving to work and school etc'. Of course they do! :)

However, people in Reykjavík are not used to this much snow. Probably a lot of them are hoping that it will stay so they'll have white Christmas, which is not a guarantee in the city. Many people go outside to take pictures and some even get creative, such as start making arts and crafts from the snow! 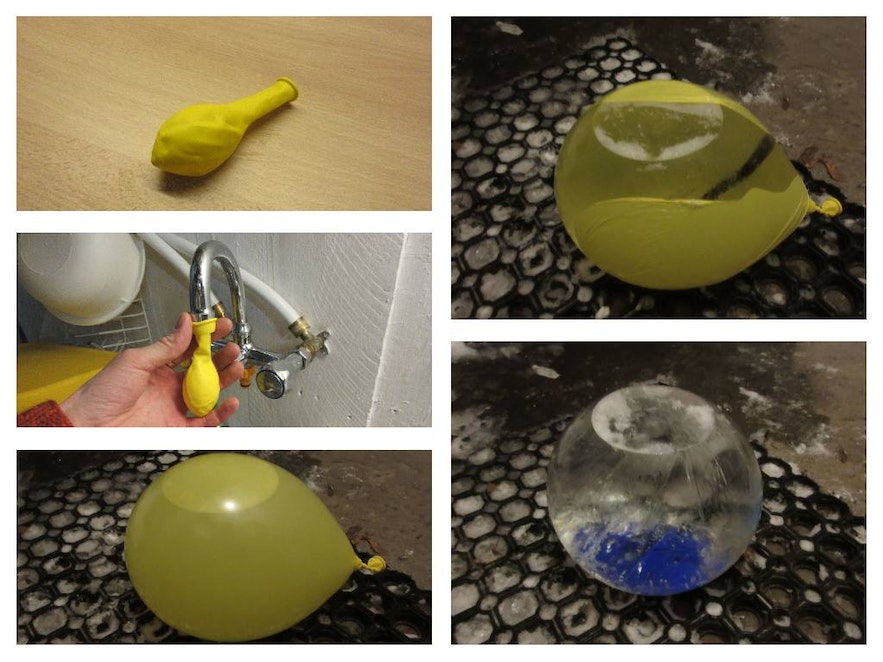 I saw some pictures of ice lanterns and got curious. I found out that these have been made by a man named Hlynur Sigurgíslason. The lanterns look easy to make and look great! You'll find all the tips on how to make them on his snow lantern facebook site. Note that you can also do these in a freezer, providing you with great lanterns for a winter themed party :) 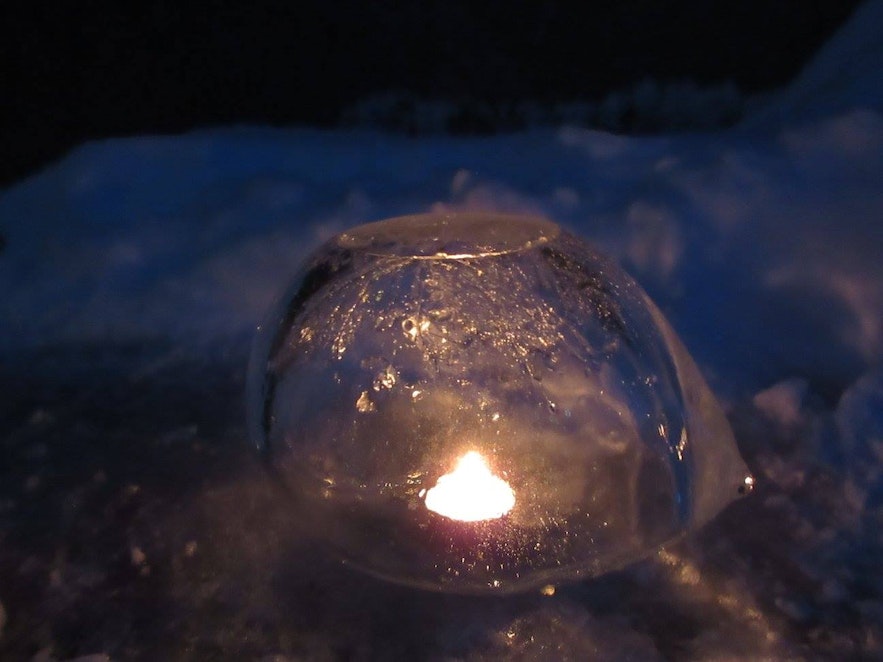 Hlynur has even started a little 'festival' of ice lanterns in his street, Sjafnargata, where he aims to have made 100 ice lanterns by Sunday the 6th of December. So if you're wondering where to go for a walk in Reykjavík, be sure to head to the old town in the centre of Reykjavík, in the neighbourhood called Þingholt and look for the best lit street! 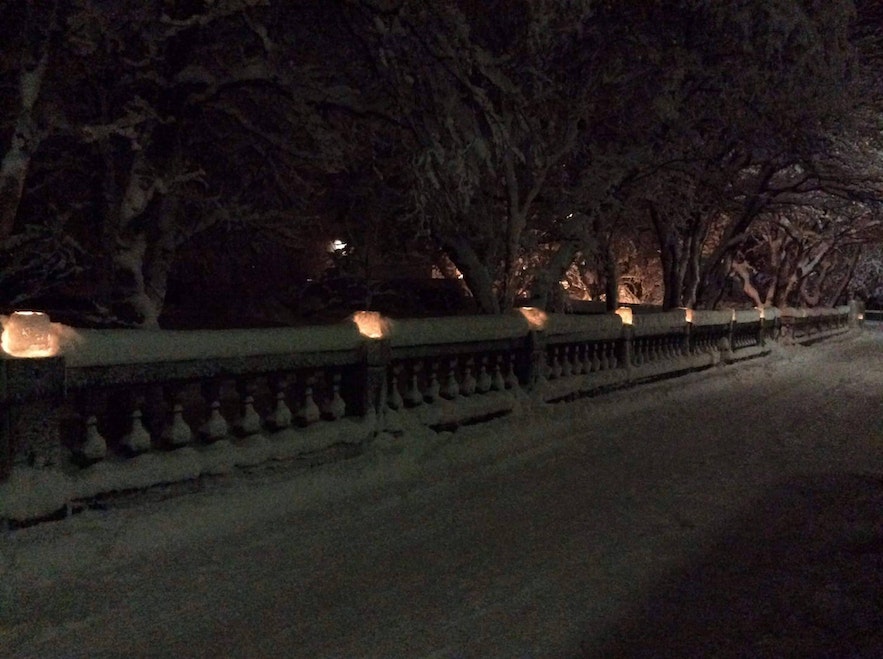 Here you can see a few more examples. 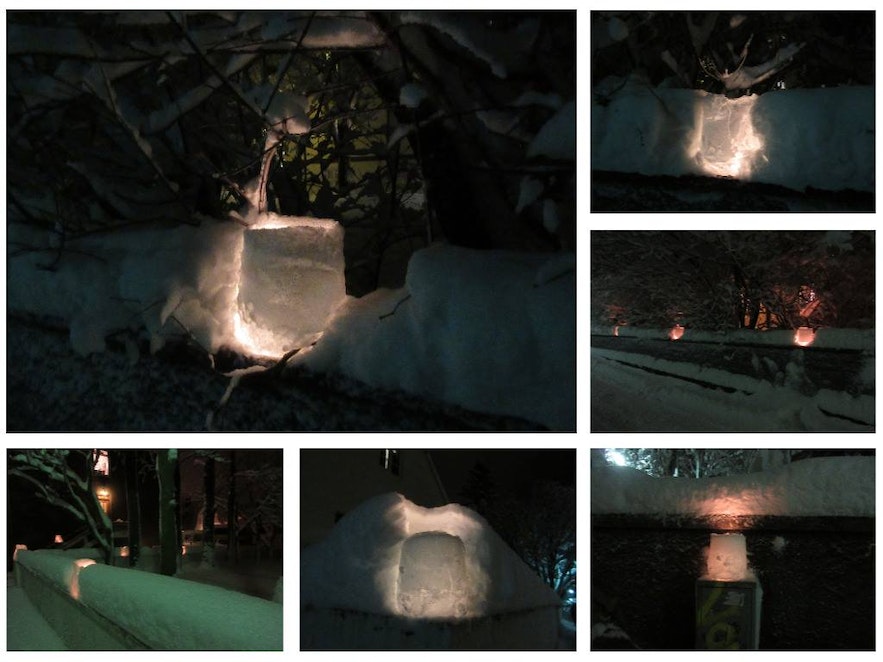 Hlynur has been making snow and ice lanterns for a few years and liked the light that came from the lanterns so much that he started designing an indoor lamp in the same style, although made from wool.

He's been selling the prototypes of the lamp in Kolaportið flea market on weekends in Reykjavík to fund the design - and the first lamps should hit stores in January 2016. If you would like to purchase any of his woollen lamps then you can find him at the flea market most weekends, at his workshop on weekdays between 10 and 16 (at Grandagarður 45) or contact him through his snow lantern facebook site.

Now get creative in the snow and enjoy the holiday season! :) 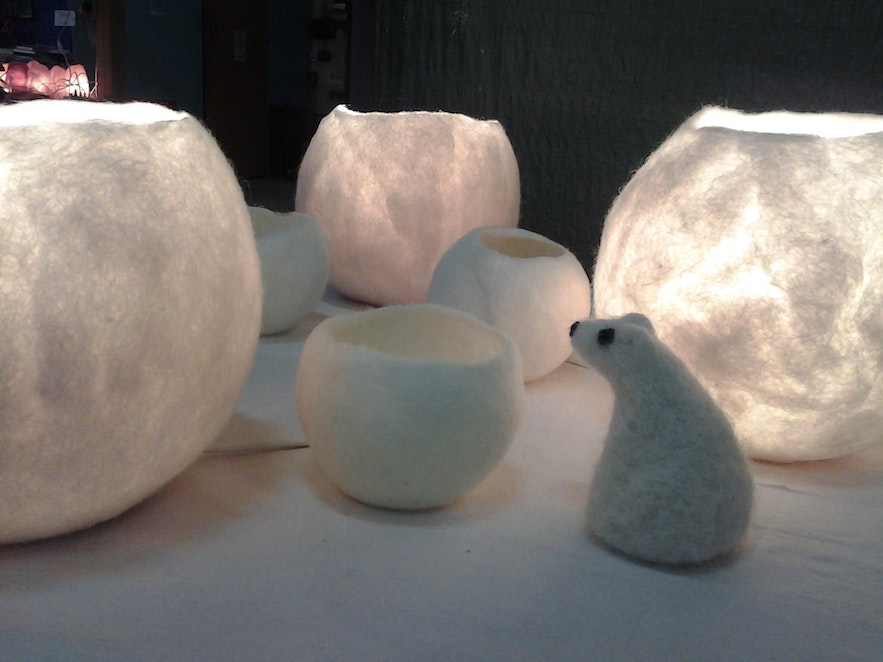