For some reason, I've been called 'crazy' by a lot of people I've met in my life. Now, I've never known why - and people never give me a proper explanation why they say this. "Just because you ARE crazy". That's not an answer.

When I moved to the UK I found out that the reason people call me crazy is probably mainly to do with the fact that I'm Icelandic. Being Icelandic means that you grow up with very different values from a lot of other countries in the world = Icelanders are weird for other nations.

In the UK I find that people are somehow a bit restricted to express themselves - there are simply too many CCTV cameras and Health & Safety rules and regulations. You can't even dance on top of a table in a club if you feel like it, there will be a bouncer telling you to get down immediately!

My specific 'crazy' problem apparently has something to do with the fact that I'm very outgoing. And sociable. I don't really see that as crazy. I'm just an extrovert.

Some people find it weird that I talk to people on public transport. Or on the street. Or in supermarkets. I also have a habit of taking photos of myself with a lot of men around me. Preferably not wearing much or wearing some kind of a uniform. Just for fun. I have an English friend that likes taking photos of himself with 'shotgirls' (girls giving you alcoholic shots in bars). I've suggested we should take a trip together and have a competition in who gets more pictures.

Above I'm posing with a couple of Brazilian lifeguards last year.

Here I am with a few US marines in a pirate bar a couple of years ago. 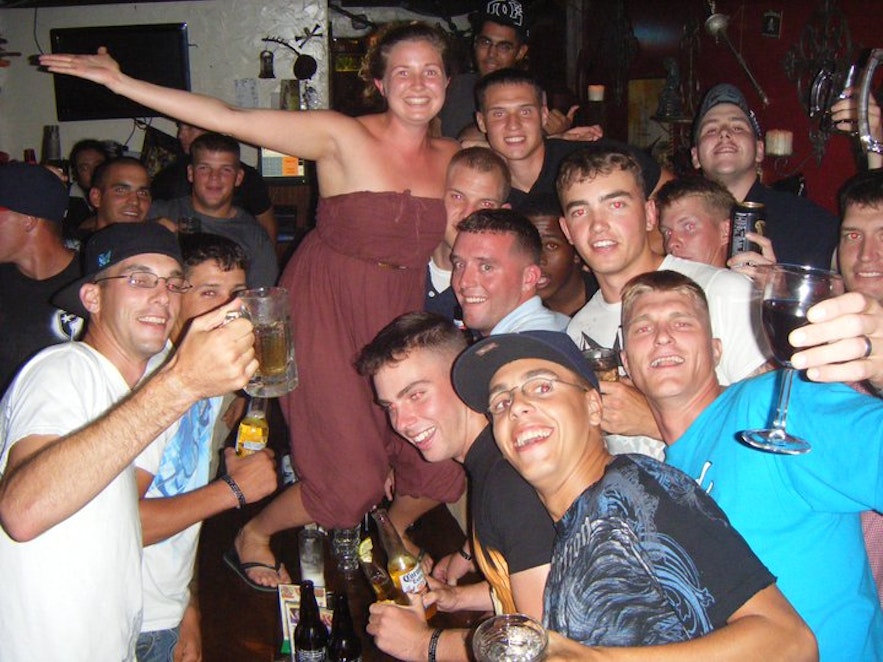 But maybe I'm crazy because of something else. Maybe it's because I like adventure sports. Some people find it crazy to jump out of plane. Or swim with sharks. Or look for wild tarantulas in the Amazon.

It might also be because I don't really get embarrassed. In fact, I quite actively seek out to be in embarrassing situations because I enjoy them.

I still don't know. I have a Canadian friend (you know who you are) that thinks I'm crazy just because the first time I met her I was on holiday in Canada and had lots of energy to go out and see stuff - and possibly because I made some sexual joke about sleeping in the same bed as her on the first night we met.

Maybe it's all in the first impressions.

When I met these guys the first thing I did was to ask them if they could lift me for a posed picture. I don't think I spoke to them any more than that. 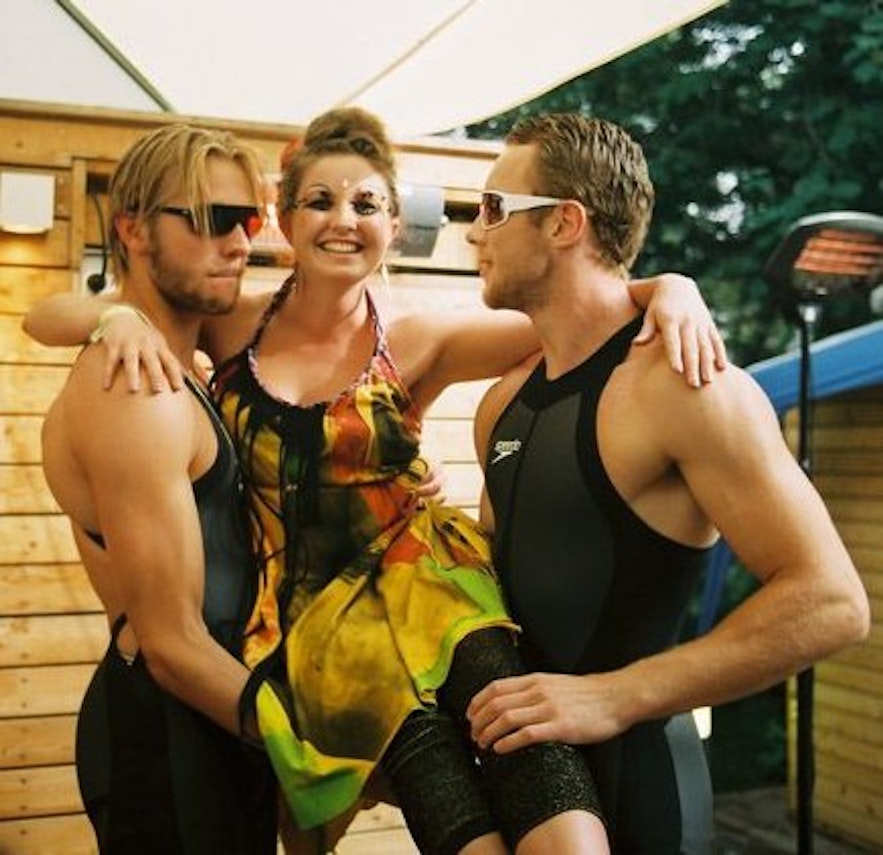 But hey, people are normally up for having a bit of fun - so I recommend this. It also makes for great facebook profile pictures ;)

In any case, I'll continue being the way I am. People can call me crazy if they want.

One guy once told me that I was 'too much'. I'll quote a friend of mine for a response: 'It's better to be too much than too little - and nobody wants to be average'.

So my advice to you: Do something today you've always wanted to do but always been a bit afraid of - it can be anything, small or big. You can ask someone out on a date or sing out loud on the street or book that skydive you've been dreaming of doing since you were a kid. Because we only live once - and we'd better make the best of it.

Me: I'm going to continue to work on my 2 current quests: Go to space and win a trip around-the-world. It could happen, right?