Did you know that the music festival Sónar, that originates in Barcelona, has been held in Reykjavík the last few years? 2016 marks the fourth year that Sónar Reykjavík is held - and I'll tell you why you should buy a ticket this year!

The festival is held inside Harpa, Reykjavík's Music and Concert Hall, right on the waterfront next to the city's old harbour, sometimes underneath a shining display of the Northern Lights - and at other times amidst a raging snowstorm!

Electronica lovers have plenty of music to choose from this year, from headliners as diverse as Squarepusher, Hudson Mohawke and Boys Noize. But you can also get your funk on with !!! (chk chk chk) or rap along to Angel Haze.

Red Bull Music Academy will have their own stage, for international as well as local artists - including Auður whom I'll be making sure not to miss. If you want to check out a variety of Icelandic artists I'd recommend catching Páll Óskar's set (Icelandic pop icon), Vök (dreamy electronica) and President Bongo & the Emotional Carpenters (solo project from one of Gus Gus' founding members).

For some Icelandic rap that will surely get you on the dance floor, have a look at Úlfur Úlfur or Reykjavíkurdætur. The latter is an all female group rap band consisting of 16 (yes, sixteen!) band members - they might all be performing or just a number of them, so you'll never know what to expect.

Other Icelandic bands that should be on your list of Must See's are Apparat Organ Quartet and if you like dance music, then Bjarki is one to look out for.

What makes Sónar Festival unique is its focus on other artforms than just music. Creativity and technology are also celebrated during the festival. You might for example want to check out Íd & RDF's showcase where the Icelandic Dance Company and Reykjavík Dance Festival join hands in creating a dialogue between dance and the music, giving the audience a great visual treat during the live set of music.

Another visual treat was provided via technology during last year's festival, when the LED lights in the glass façade of Concert Hall Harpa were programmed to correspond with the live music going on inside.

And when there was no music going on, audience members could play the computer game Pong on the lights of the building, by using their smart phones as controllers.

Sónar Reykjavík announced a couple of days ago that they will be adding a 'surprise add-on' during the daytime of the festival, that will add 12-14 hours to the already planned schedule. I had a sneaky suspicion that this add-on would have something to do with the creativity and technology side and that turned out to be the case. They released the Sónar+D program, an international conference about the digital transformation of the creative industry to develop and strengthen talent.

Interesting exhibitions include making vinyl and pioneer DJ or even see an organ similar to the one that Björk requested for her Biophilia tour.

During the congress you can for example have a sit down with Ólafur Arnalds (Sat 5pm), learn more about and listen to international and local women in music (Thu 5pm), listen to a lecture on dynamic music by Yuli Levtov (Sat 3pm) or listen to Atli Bollason and Owen Hindley (that were in charge of Pong and the LED lights last year - and this year's light organ) talk about dynamic architecture (Fri 4pm). And if none of that takes your fancy, you can always join the huge dance party One Billion Rising - a global movement demanding justice and end of violence towards women in the world, this year focusing on bringing an end to the violence of refugee women around the world.

Obviously all I've listed is just a fraction of what's happening on the festival (and what I'm mainly interested in) - I encourage you to check out the full schedule. And if you still haven't bought your tickets, you'll find Sónar Reykjavík's ticket sales here :) 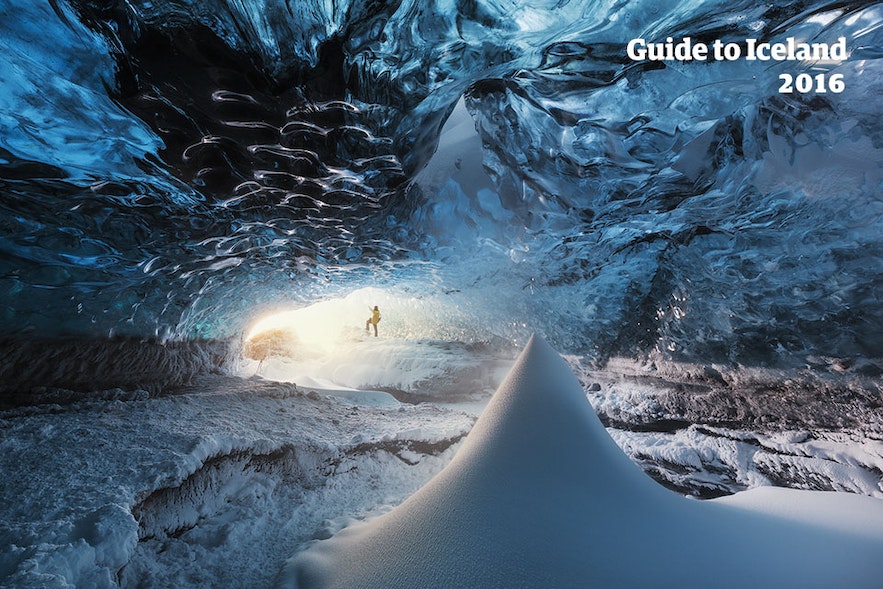 Additionally, if you're wondering what else to do during your time in Iceland in February - I recommend looking up to the sky to see if there are any Northern Lights (seriously, so many people miss out on great northern light displays simply because they're looking at the ground instead of the sky!) - and you can also plan on having a couple of more days in the country to rent a car and go to the gorgeous blue ice cave in south east Iceland!

Golden Circle tours are also always a classic must for first time visitors - and the best way to nurse your hangover but still feel like you're making the most of the day, is simply by soaking in some of Reykjavík's best hot tubs. Enjoy!