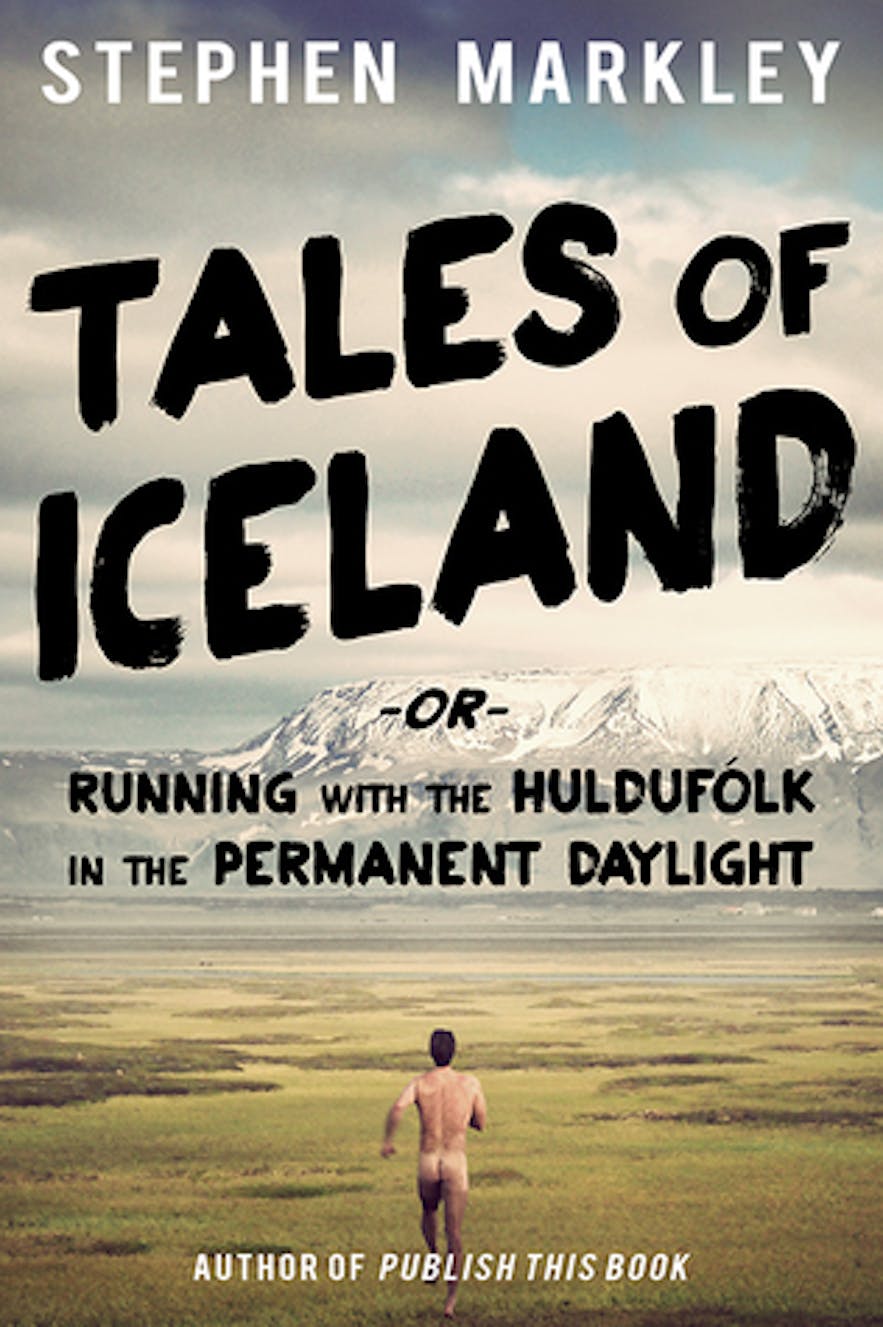 A couple of months ago I received an e-mail from a guy called Stephen Markley. I have never met Stephen in real life but today I feel like I know him intimately. The reason why: I read his book called Tales of Iceland -or- Running With The Huldufólk in the Permanent Daylight.

Stephen asked me in his e-mail if I would like to read his book and then write about it if I liked it. I've been busy at work and since I always cycle to work I don't get time to read on transport but I've been carrying this book with me everywhere I go for the past 2 months, this book has traveled from Iceland to London to Barcelona, back to London and will soon be on its way back to Iceland. Every once in a while I've managed to read through a few pages, have a few laughs and pick up from where I left it when I can steal time to do so. (Flights are very useful for book reading time for example, I finally managed to read most of it on my flight back from Barcelona. Sidenote: Barcelona is awesome.)

I'm also normally quite rubbish at answering e-mails and doing things that involve a lot of 'computer time', which adds to the time it has taken me to actually sit down and write this (sorry everyone that e-mails me that don't get an immediate reply!). I have a good friend in the USA called Paolo that I communicate solely with via e-mail, since he refuses to be on facebook. We send each other an e-mail approximately every 3 months. I think it's been 6 months now, I should e-mail him... funnily enough, Stephen really reminds me of him in his book. Like Stephen, Paolo went to Iceland in his twenties in the search of pretty nature and pretty girls. Like Stephen, he succeeded. 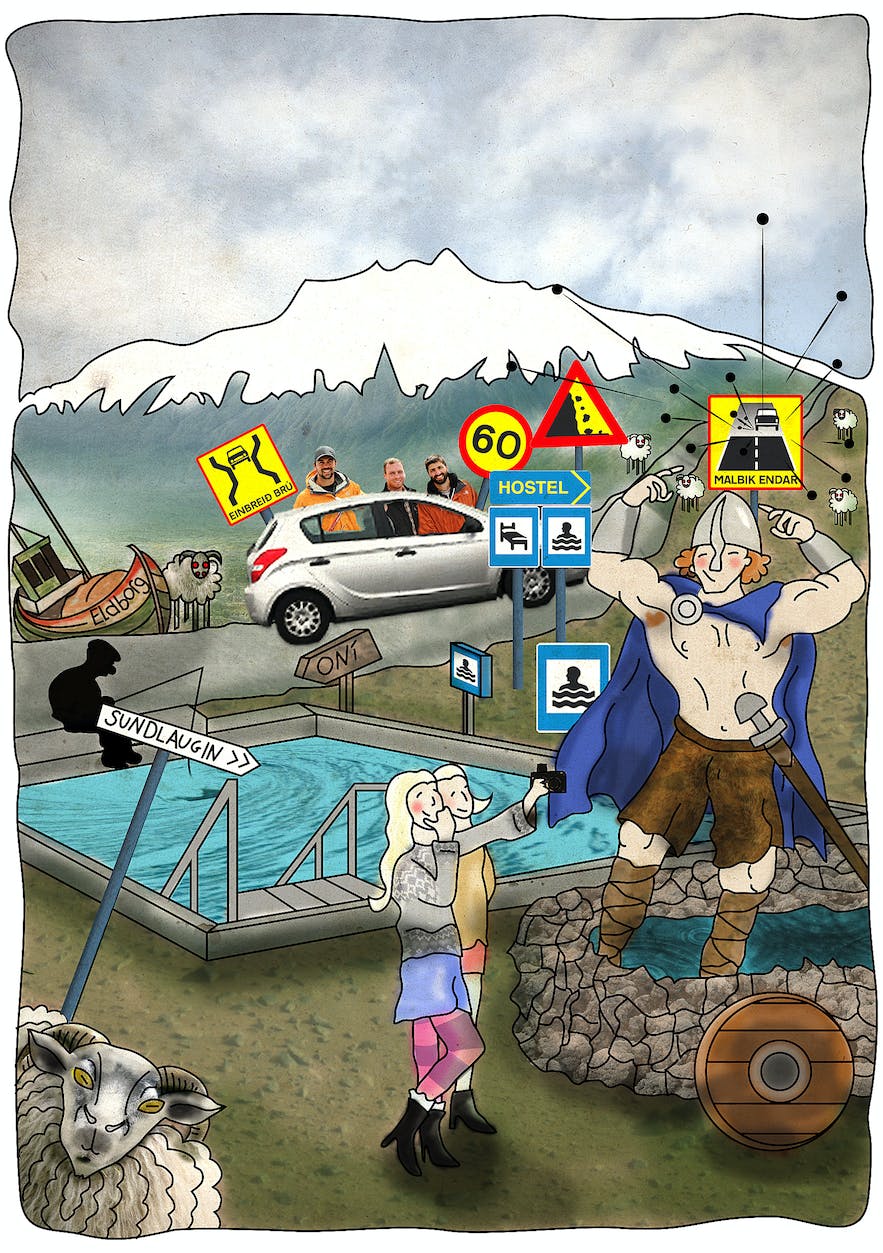 It's very interesting to read this book as an Icelandic female. It is quite self-indulgent (ok, it's VERY self-indulgent) and comes 100% from a male, American perspective. Stephen and his 2 friends, Trin and Bojo sound like really good fun American guys that I would've loved to meet in Reykjavík and take them out to an Icelandic party. Or have a debate with. Play a game of 'would you rather?' with. Or discuss, well, anything. Probably hitchhiking, sex or why they all think finding a girlfriend equals settling down - can't they just find a girlfriend that also enjoys traveling the world or doesn't want to get married and have kids?

At times I felt like jumping into the three guys' conversations and take part in them. Argue with some of the Icelanders they met. Or point out something obvious. Or just wish I was there for some of the in-jokes.

The three guys are in search of beautiful Icelandic women, mainly - but the book is somehow oddly informative about both Icelandic history and culture. Stephen quotes Icelandic Nobel prize winner Halldór Laxness frequently and explains the Icelandic fishing quota system in detail - as well as having a lengthy chapter about glacier erosion and the effects of global warming and interviewing Reykjavík's comedian mayor; Jón Gnarr. Don't worry though, the text never becomes dry or boring.

I think this book should be a compulsory read for any American wishing to go to Iceland and any American that has been to Iceland. For people of other nationalities, it's also a very fun read and some aspects you may agree with, others you may disagree with. For me, some things Stephen found peculiar were completely normal to me - and some things I hadn't even realized were specifically Icelandic (like the 'putting your finger over someone's ear when you shout into it in a loud bar' - doesn't everyone in the world do that?!) - And some things I did disagree with (like, WHO doesn't like hot springs and saunas?! Although, his description of the Blue Lagoon is pretty hilarious).

In any case, reading this book made me long for Icelandic summertime and I'm sure it will do the same to you. 5% of the profit sales also goes to SEEDS, a non-profit volunteer program in Iceland.

There's a while until I get to spend a summer in Iceland, so until then I'm going to try to focus on getting in Christmas mood. Bring on the gingerbread and cookies! And if you happen to be struggling with what to give people as Christmas presents this year: I recommend buying Stephen Markley's Tales of Iceland! 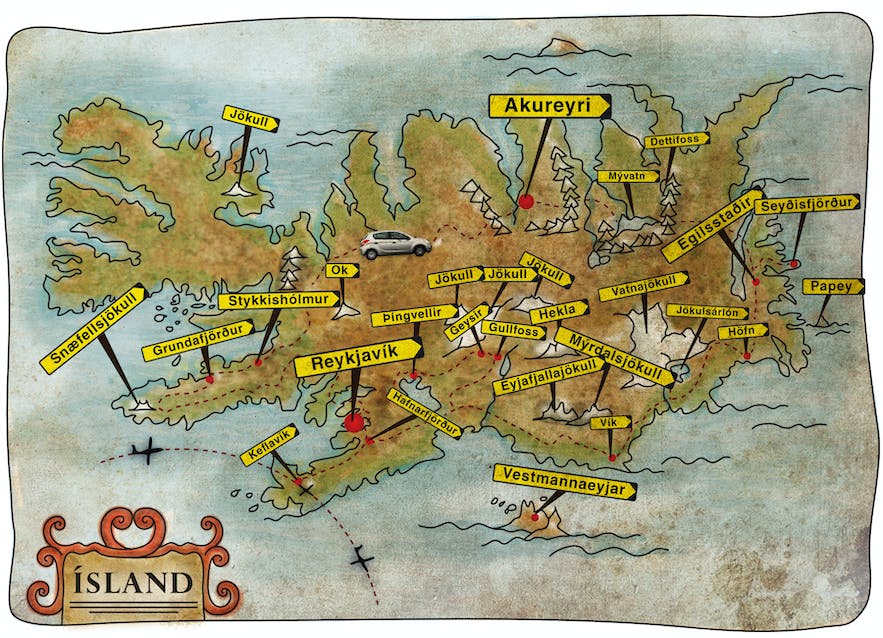 (Pictures are made by Icelandic artist Sigga Rún.)