Did you know there is a circus in Iceland? A totally Icelandic circus, that tours the country?

Sirkus Íslands, aka the Circus of Iceland, hasn't been around for many years. This is the first - and only - circus in Iceland and it was founded in 2007 by an Australian clown, Lee Nelson, who has lived in Iceland for a number of years now. He is now the director of the circus, that has a strong core of around 20 acrobats, aerial artists, jugglers, clowns and fabulous entertainers. There are no animals used in the circus. Currently, a few of the founding members of the circus are studying circus in the Codarts University in Rotterdam, The Netherlands.

In 2013 the circus started a crowdfunding campaign on Karolina Fund, resulting in the biggest amount raised by the website, securing the Icelandic Circus its own circus tent! During the summer of 2014 they toured the country, with a total number of 104 shows and 22 thousand audience members, quite remarkable for a country that only has 320 thousand inhabitants! 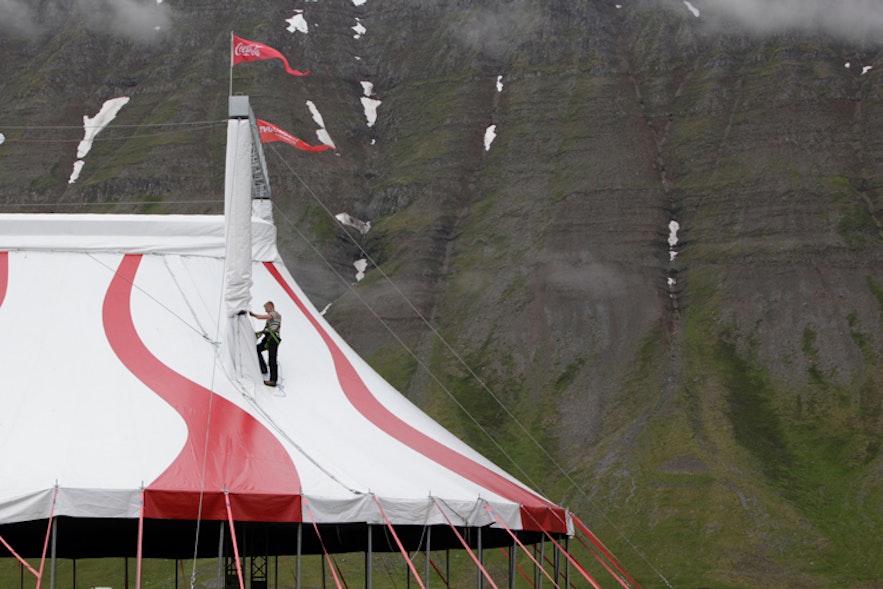 One for everyone (called 'Heima er best' or 'Home sweet home'). It's a 2 hour family show (including interval) for anyone that's over 5 years old (or younger if they are very patient!)

One specifically for children (S.I.R.K.U.S.). This show is only 1 hour and has a bit of a storyline to it. It's aimed at kids in kindergarden and is a great introduction to the circus.

One especially for adults (Skinnsemi). This is a cabaret show with a strict +18 age restriction, alcohol license and strictly no photography. 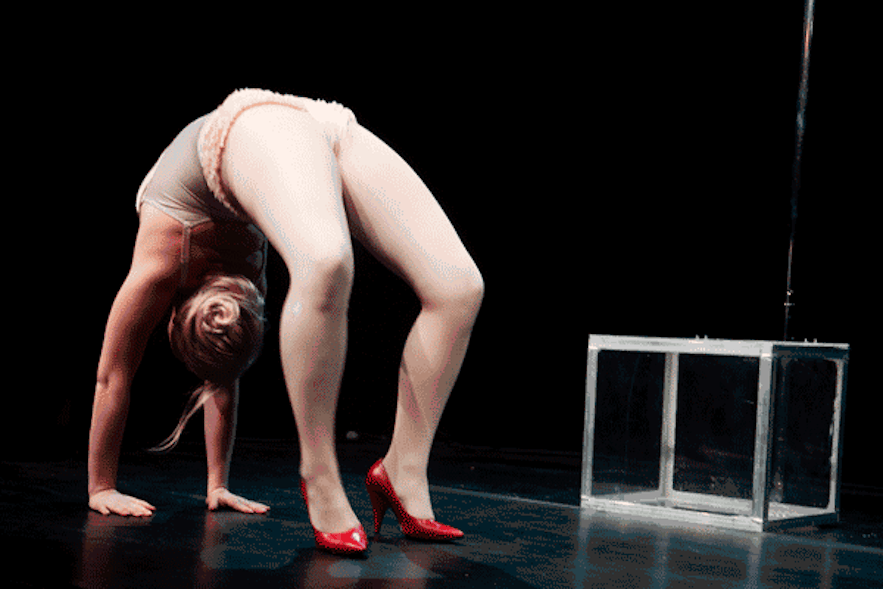 They are now in the midst of another campaign on Karolina Fund, to fund their second tour around Iceland. By supporting them, you are basically buying a ticket to one of their shows this summer - for a cheaper price then you otherwise would! They end the tour in Reykjavík, where they perform for just over two weeks in August. Their last shows were completely sold out, so I urge you to back them up and get your ticket now by supporting their campaign :)