I have actually never seen a solar eclipse in my life, so I'm super excited about this one! :) I'm fascinated about the beauty of this universe and our solar system and can't wait to witness this next week!

This solar eclipse will be seen from all over Europe (I'll be watching it in the UK) as well as northern and eastern Asia and northern and western Africa. The further north you are, the greater the eclipse. In Spain and Italy it will be a partial eclipse of about 60-70%. In the UK it will also just be a partial solar eclipse, in London 87% of the sun will be blocked out whereas in Scotland that figure goes up to 94%. In Iceland it will almost be a total solar eclipse, with 98% of the sun blocked out. The only countries where it will completely be blocked out will be the Faroe Islands and Svalbard. In Iceland it should last for just over 2 hours, starting at 8:38 in the morning, reaching it's peak at 9:37AM and finishing at 10:39AM.

If you're a photography enthusiast, get your cameras ready - and maybe you'll end up with a picture worthy of the National Geographic like the one above, or something like this: 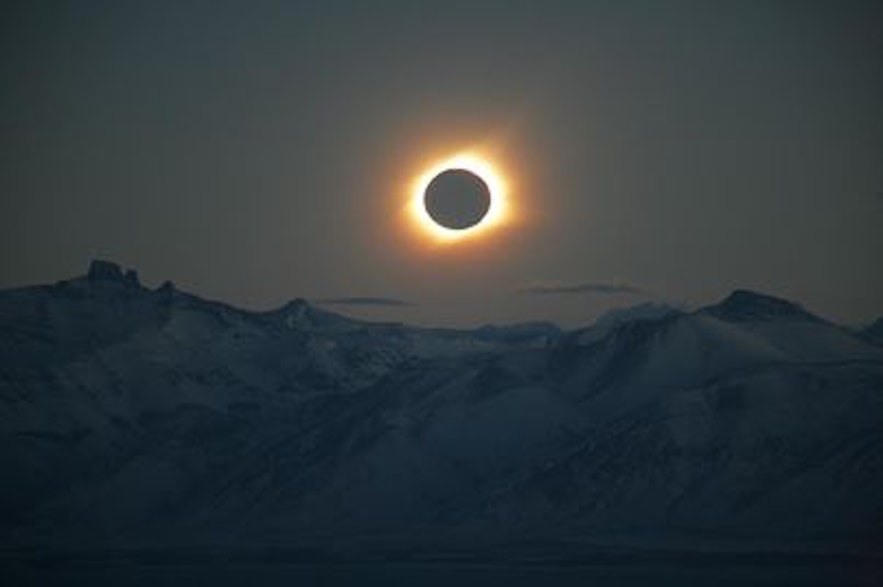 How extraordinarily beautiful is that?! :)