Tungulending at the end of the road from Húsavík

What will you find at the end of the road? If the road you take is number 85 heading north from Húsavík, then you can take a left turn towards Tungulending - or Tongue Landing - and find one of Iceland's few fossil beaches.

Tungulending has picturesque views over Skjálfandi bay and is located only 12 km north of Húsavík, the whale watching capital of north Iceland. Tungulending sits at Tjörnes peninsula. If you are driving the road number 85 heading north, you will see a sign saying 'Tungulending', and then you can either leave your car and walk down the gravel road, or during summertime you can drive down the whole way (it's pretty steep!)

The house you'll see at Tungulending was used to process fish and lumpfish caviar, but has now been turned into a cosy café and guesthouse. The house and the adjacent harbour were used for decades by local fishermen and now you can see remnants of those days on the nearby fossil beach. 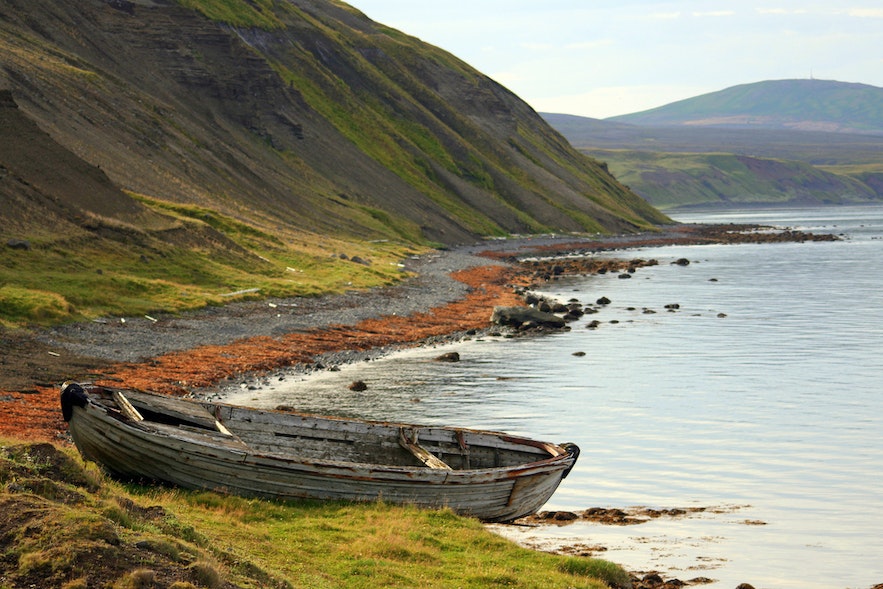 In 2015 the house was turned into a small and privately owned guesthouse, with only 9 rooms. The rooms have a modern design, free wi-fi, and the cute café can fulfil your needs for breakfast, lunch and dinner — so if it's privacy and calm you're looking for, then this is a great place to explore the north of Iceland from! 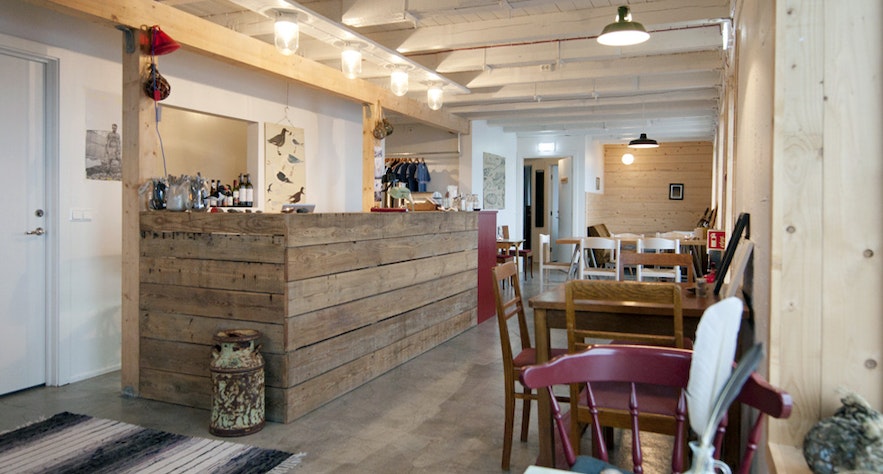 Picture from Tungulending Guesthouse and Café

Not far away you can explore Húsavík, Dettifoss, Ásbyrgi & Hljóðaklettar, or go for a day tour to Lake Mývatn. You can also stay more local and discover the bay in sea kayaks, go for a walk on the beach or a longer hike along the coastline, observe the birdlife in summertime, or enjoy the Northern Lights in wintertime without any light pollution, or you can study the fossils and the geology of the area. You can also swim, dive or snorkel in the sea if you're up for the cold water! 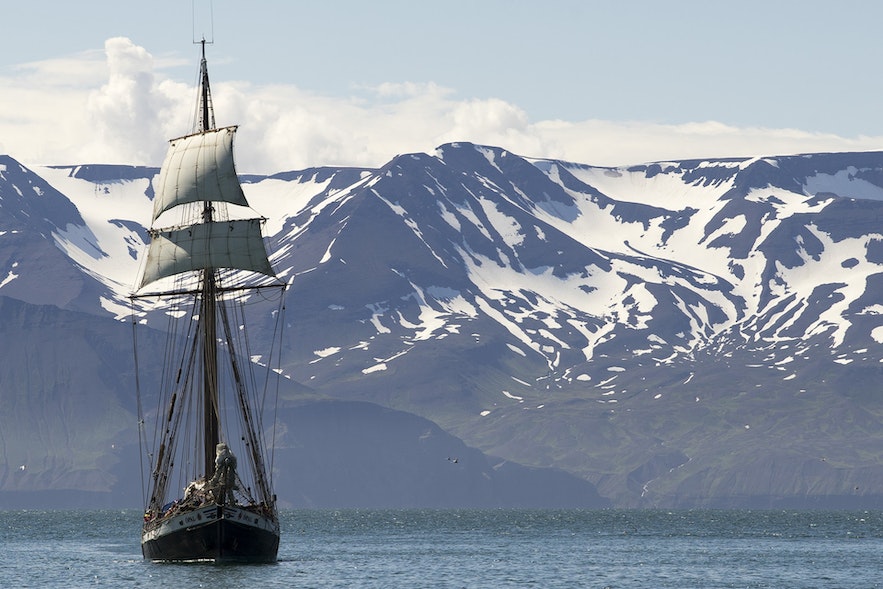 And if you head down to Húsavík you shouldn't miss out on a whale watching tour, or sailing in a traditional schooner with North Sailing. I personally would recommend this whales, puffins and sails tour, I went last summer and it was fantastic! 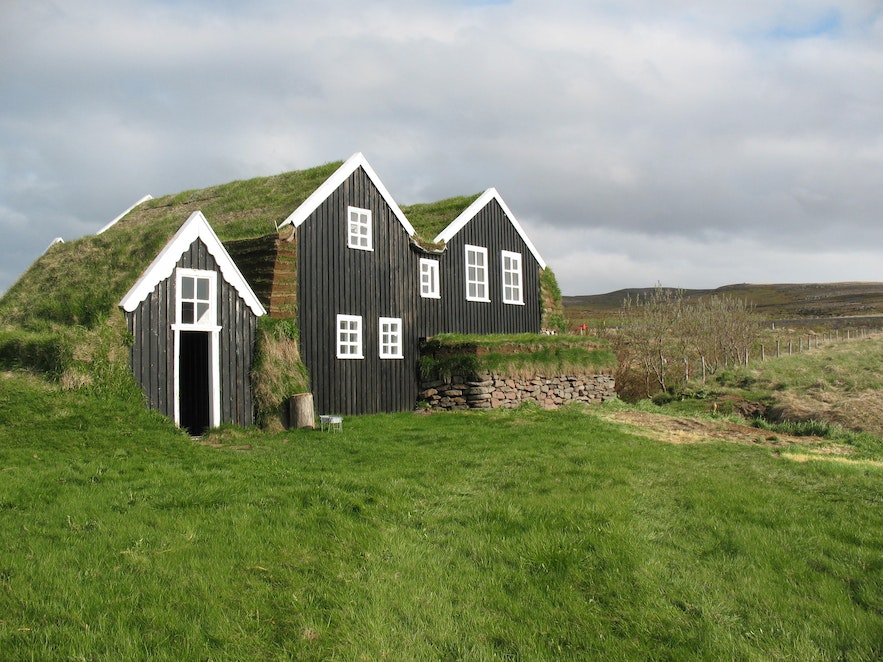 A little further north, or about six kilometres away via route 85, is the folk museum at Mánárbakki, placed amongst a row of idyllic, black and white turf houses. So you can take your time and really get to know this rural area, where you won't find many other visitors. Mánárbakki is the northernmost farm on the Tjörnes peninsula.

Only 5 nautical miles away lie two islands, Háey and Lágey, which are very rich in birdlife.

The folk museum at Mánárbakki was opened in 1995 and is open daily during summertime, between the 10th of June until the 31st of August from 9am to 6pm, but opening times can be arranged outside these times by calling the owners on phone number +(354) 464 1957. The exhibition takes place in two buildings, Þórshamar and Lækjarbakki, the latter a three gabled farmhouse that was built as an extension.

The museum focuses on life in Iceland as it was in the 20th century, so you can expect to see confectionary wrappers and colourful Icelandic folk art amongst other things.

There is also a Northern Lights research centre on site and a weather monitoring centre, that has been running since 1963 in this area, but from 1956 in the next farm over. The same family has taken care of running this weather station since it started. 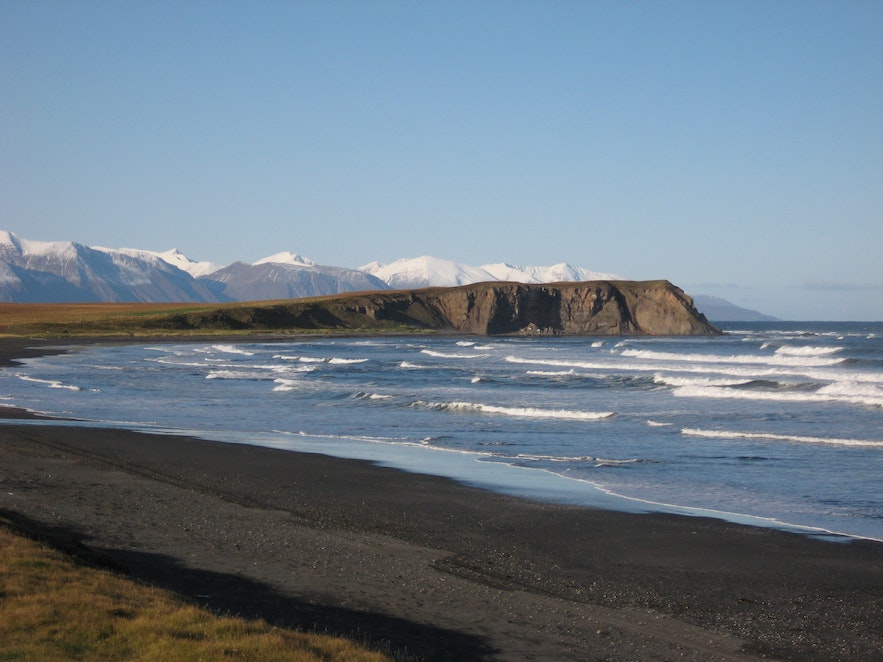 A view from Héðinsvík bay, just north of Húsavík. Picture from Icelandic Times

Recently some travellers complained about the number of tourists in Iceland, but I can assure you, there are still plenty of stunning areas around Iceland, such as the Tjörnes peninsula, that are just waiting for someone to discover their charm!