What not to say to Icelanders 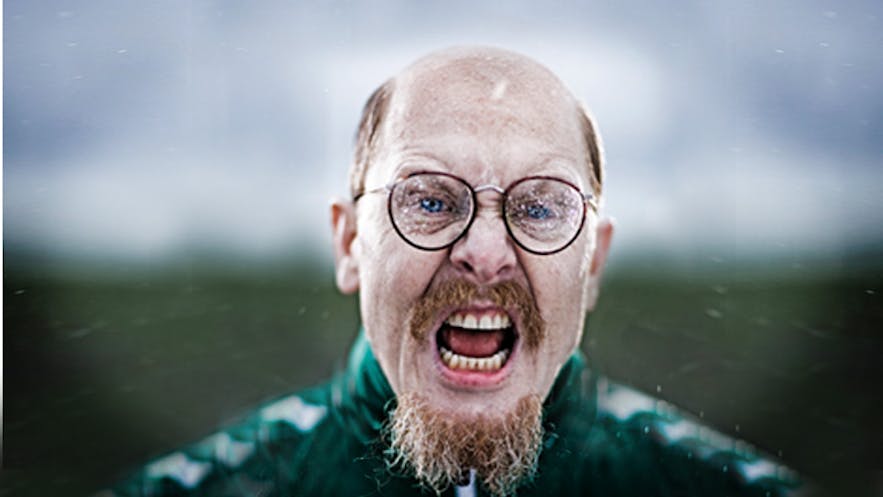 OK, so after my last blog a friend agreed that she constantly gets the same reply as me, when she says she's from Iceland. And another (foreign) friend asked me to write key phrases. Which gave me the idea to list the top 5 things you shouldn't say to an Icelander the first time you meet them (or at least not me).

So, the most (un)popular sentences to say to an Icelander in the reply to "I'm Icelandic":

1. "Brrr, Iceland! That has to be cold!" (or "You must be used to the cold" or "How cold is it?" You get the picture.) Especially annoying if the person you're talking to is from Canada or Russia or anywhere where the temperature goes below -40°C.

2. (The clever ones that have realized the mistake that people have made that say the previous sentence.): "I heard Greenland's ice and Iceland's green." For some reason people always exclaim this like they are the most clever person on earth. If you look at a map, Greenland is that huge white chunk in the middle of the map, leading up to the North pole.

3. "Wow, you're the first Icelandic person I've ever met!" OK, it's a pretty positive sentence, especially because it always includes the 'wow' in the beginning, like Icelanders are some sort of an endangered species... but how do you reply to this?! "Uhm, well - there's not that many of us..." or "I hope I make a good impression then" or "WOW, you're the first (enter nationality) person I've ever met TOO!" Being Icelandic, it just takes up too much energy to summon that much enthusiasm about my nationality.

4. "Oh, that's where Björk's from!". Yes. Yes I know. You can also replace this with "Have you met Björk?" or replace 'Björk' with Sigur Rós or Múm. And the reply you'll get will always be "Yes". It's just such an obvious fact, like saying to a New Yorker "Have you seen the Empire State Building?" or to a Brit "That's where the Queen lives" or to someone that lives in Rio de Janeiro "You have the big Christ statue". Björk is our Eiffel Tower, she's just a moving landmark so she can be tricky to point out but we're fully aware of her existence.

5. This is a fairly new one and mainly happens in Europe: "You stole our money!" or "I want my money back" or "We wanted cash, not ash" (always said jokily, might I add). Basically, everyone in Iceland is fed up with talking about the crisis and explaining the crisis and we just go into a crisis whenever we hear the word 'crisis'... It happened in 2008, get over it! We kind of just want to move on and not think about it. At least I do.

"How do you pronounce that volcano? - (followed by laughter)"

"I heard Icelandic is one of the hardest languages in the world" - Yes, if you're Asian. Otherwise I dare say that if you already speak English you'll find it harder to learn Arabic, Russian, Thai or Chinese (and basically any language which doesn't use the Roman alphabet).

And then there's one sentence that only applies to me:

"Is Nanna your real name or an abbreviation? N-A-N-A? That means grandma in English". Yes, Yes I know. Also especially annoying if it's a really hot guy that says that and I know that he will always think of me in association with his grandmother.

There is quite a high risk of Icelanders starting to take the piss when they hear the same replies over and over again.. so sometimes this can lead to very entertaining conversations, although they will include a lot of fable and mainly be entertaining for the Icelander involved. FYI, penguins live in the southern hemisphere (Antarctica, South Africa, Argentina)... don't let any Icelander tell you otherwise. And we've never lived in igloos. (I'm guilty of having told this to people, explaining how we have really good wi-fi in our igloos...)

One friend of mine made up an elaborate story of how he was standing guard against polar bears in THE central square in Reykjavík, with a rifle - because everyone in Iceland need to take turns of standing polar bear guard. And on his shift a polar bear arrived so he had to shoot it but afterwards there was a big celebration and everyone came out of their igloos to have a BBQ polar bear feast on the main square.

We don't BBQ polar bears on a stick in the central square in Reykjavík. Reykjavík also has a few squares.

Now, I'd like to suggest a few other responses that could trigger a fun conversation that will also be informative and contain some more accurate facts:

It's always fun when you meet someone that knows some tiny little detail about Iceland, or something most people don't know. Then you can help them expand their knowledge. OR when they can pronounce something.

I also met someone that started talking about Leifur Eiríksson, (Leif Ericson - Leif the Lucky) and his father Eiríkur rauði (Erik the Red). Any knowledge about the Icelandic Sagas is impressive.

"I learned how to pronounce Eyjafjallajökull". With perfect pronounciation.

"Why do you think people use the word 'rassgat' to describe something that's cute?" (Frequently used to describe babies or kittens or puppies). Literally means 'arsehole' but is a term of endearment, e.g. "krakkinn þinn er svo mikið rassgat" - 'your kid is such an arsehole'.

Finally, you could just not say anything and instead offer to pay for a round of beer. If the first thing you do is to buy an Icelander some alcohol, you've made a friend for life!

P.s. Here you can find a short follow-up blog about this same thing: Ice vs Fin.

On my search for turf houses around Iceland, I visited Sænautasel hypothetical turf house on Jökuldalsheiði heath in the highlands of Iceland. It is, …
Read more
Guide to Iceland
Connect with locals
Nanna Gunnarsdóttir
What not to say to Icelanders