The Panama papers are the biggest data leak in history! HUGE protest about to take place in Iceland today!

Iceland's prime minister, Sigmundur Davíð Gunnlaugsson, failed to declare a stake in an offshore company and is (understandably) getting a lot of heat as a result of the Panama Papers - which are the biggest data leak in history.

Later today (at 5pm Iceland local time) there is a planned protest outside the Icelandic parliament where the citizens of Iceland will be demanding his resignation, along with the entire government. You can find the Facebook event here, at the time of writing just under 9 thousand people are attending - but I suspect the number will be much greater. It's a good thing to remember that the population in Iceland is only about 330 thousand. If you happen to be in town, I urge you to go and join the protest! If you can't make it, you can also watch the protest online here.

Now, let me first admit: I'm normally not very interested in politics. I've got my own opinions about a handful of politicians in this world and try to have a bit of an overview of what's happening in politics around the world - but mostly I find politics either total shambles and some bureaucratic fiasco, or simply incredibly dull.

From time to time when I get engaged in some political debate, I can discuss it for about 30 minutes (depending on the topic), but after that time I tend to roll my eyes and give up and try changing the subject. So I won't be joining in on some political discussion on the comment section here - and I'm definitely not the best person to ask to explain this crazy scandal (or anything to do with the crash)!

However, this is such a ridiculous fiasco, that it has sparked my political interest! :)

The reason is mainly due to how hilarious it actually is. (It's also sad and an outrage and all of those feelings too - but at the moment I just find it entertaining!) Hopefully it will be dealt with in a just way and Iceland will have elections this year instead of next year for a new government. Although if that happens, then even more entertainingly, the elections for a new government will be taking place at roughly the same time as the elections for our next president - that will surely become even more of an entertainment in light of this.

The Icelandic presidential elections are taking place on the 25th of June. Already there are dozens of candidates, and it's likely that the number of candidates will rise. I was expecting that to be the most ridiculous political event of the year in Iceland - but it seems that the whole case surrounding Sigmundur Davíð's resignation will take its place.

The entire video of Sigmundur Davíð walking out of an interview is for example hilarious. Icelandic comedians are going to have material to last them for years to come. "I can confirm that I've never hid any of my assets" - "You're asking me about things I'm not familiar with" - "I'm just saying... My wife? I wasn't even married at the time! I'm just saying..."

Now, not so long ago Guide to Iceland posted a meme about Donald Trump on our Facebook page. We should probably post another one saying 'Dear World, Sigmundur Davíð #MakesIcelandersLookRidiculouslyIncompetent - We're sorry!' ;) 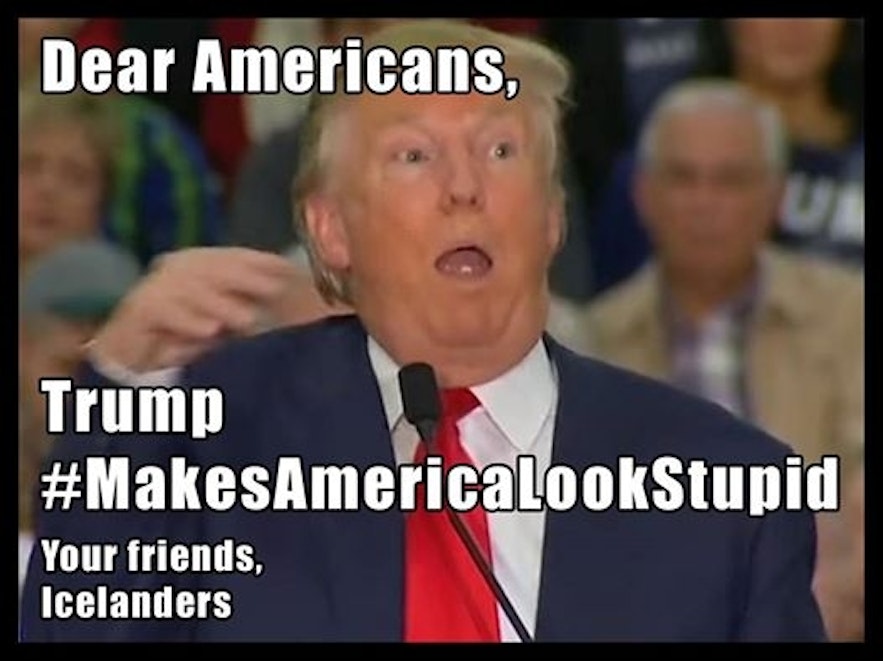 The Trump meme went viral and we got all sorts of responses to it (ranging from ecstatic joy to threats) - I won't get into it here - but one comment popped up a number of times which was something along the lines of 'If you're not American, you can't express your opinions about American politics.' or 'Don't make fun of American politics'.

I don't want to get into a debate about Trump (or get death threats!), but I mention this because now I want to say:

'Please join hands in ridiculing this outrageous matter, no matter where you are from.' 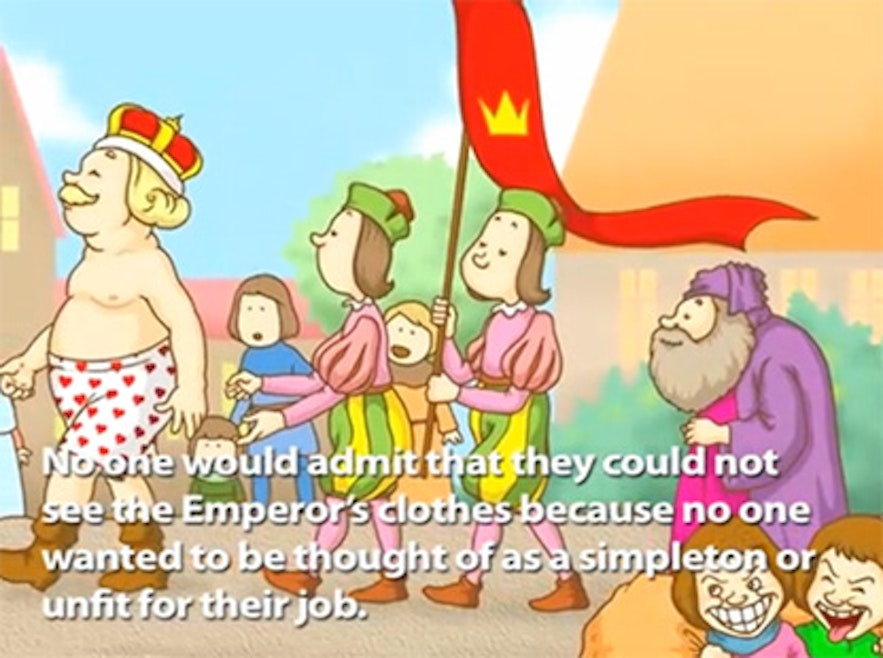 Personally, I think the best way to deal with difficult matters is through humour, and by ridiculing the people that have done something wrong you end up taking away their power. Kind of like in The Emperor's New Clothes.

Icelanders are having a great time making fun of this matter. My social media is filled with jokes and comments. It's not only the Icelanders that are poking fun of Sigmundur Davíð's terrible responses to the matter, Edward Snowden also posted this hilarious GIF.

The hashtag #cashljós is filled with funny memes and jokes about the matter. 'Cashljós' is a play on the name 'Kastljós' that's the Icelandic news show that had an hour special last night on the Panama Papers, revealing everything about the corruption. (Btw, Sigmundur Davíð is only one of hundreds of Icelandic people that are involved in this corruption, who again are only a part of thousands of others all over the world that are involved - so this is just the start!)

Sigmundur Davíð has been likened to an embarrassed seal, there are a number of Game of Thrones references 'Wintris is coming' - but seeing as he seems to have no intentions of resigning (what?!) then there's room for so many jokes in the days to come.

Here's a great picture by comedian Hugleikur Dagsson: ('How do you 'Erase History'?) 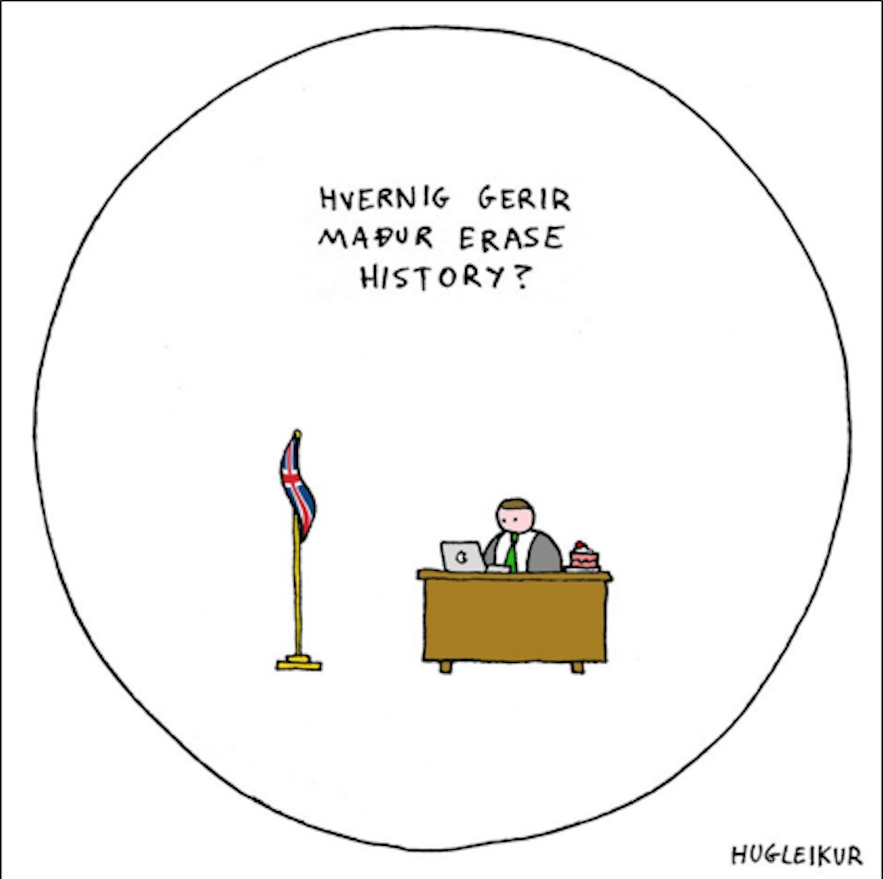 Personally my favourite is this picture of a couple of sayings that came from my sister's Easter eggs and she posted a picture of on her Facebook site (a few days before the Panama Papers were out by the way) with the caption 'We accidentally got the Easter Eggs of Sigmundur Davíð and his wife!' 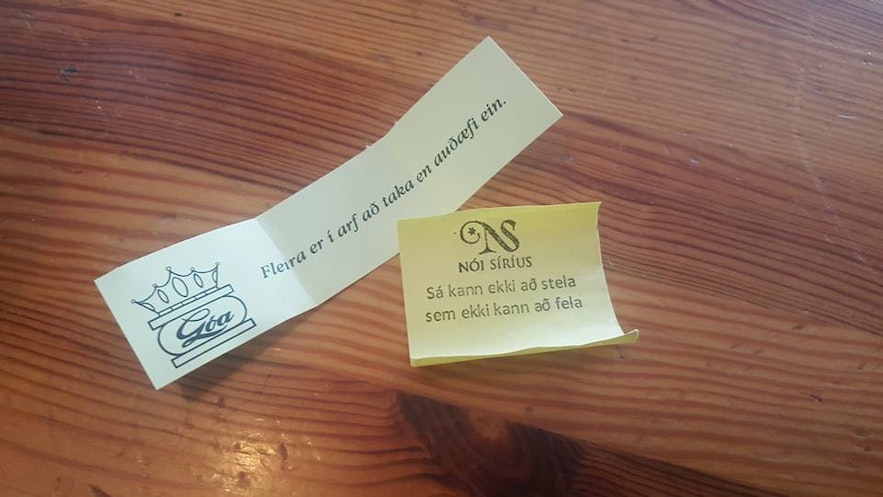 One of them says: 'There's more to inherit than wealth alone' and the other one says 'He who cannot hide, cannot steal'.

And my other favourite is this video game that was created in response to this, almost immediately! (The music playing is the Icelandic National Anthem).

And this ice-cream that's now for sale, called WintrÍS! It's described as sour, with a dose of arrogance, and is not particularly recommended by the ice-cream parlour that sells it.

So I'll end with encouraging you, whoever you may be, to read up on the case (or other cases that may be more relevant to you), always be informed about all sides before judging people, stay away from hate-speeches but instead let your outrage come through in humour (and informed decisions on voting).

And if you're traveling to Iceland in the next couple of days, then this explains why people might be banging on pots and pans in the streets.