Árhver/Vellir in West-Iceland - Have you ever seen a Hot Spring in the Middle of a River?

In the middle of Reykjadalsá river in the beautiful Borgarfjörður in West-Iceland, you will see steam coming from a river.  It looks almost like a whale had found its way into the river and were blowing in the middle of the river.

This geological feature is a hot spring which goes by 4 names Árhver, Vellir, Vellindishver and Vellineshver hot spring. I am going to use the name Árhver in my travel-blog as I find it kind of cute - it literally means the hot spring in the river :) 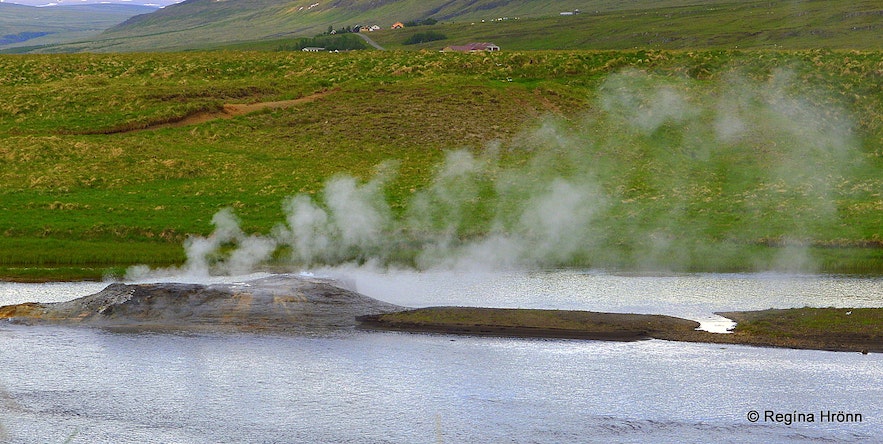 Árhver, which has been called Iceland's most peculiar hot spring, consists of some 6 vents on small sand flats which can clearly be seen when the water level in the river is low, but at high water levels, most of them are submerged.

Árhver rock is made of concreta thermarum, i.e. hot spring clay, and is around 1 metre in diameter and the water coming from it is around 100°C!  The hot spring has got a flow of 10-15 litres per second and you can hear it boiling. 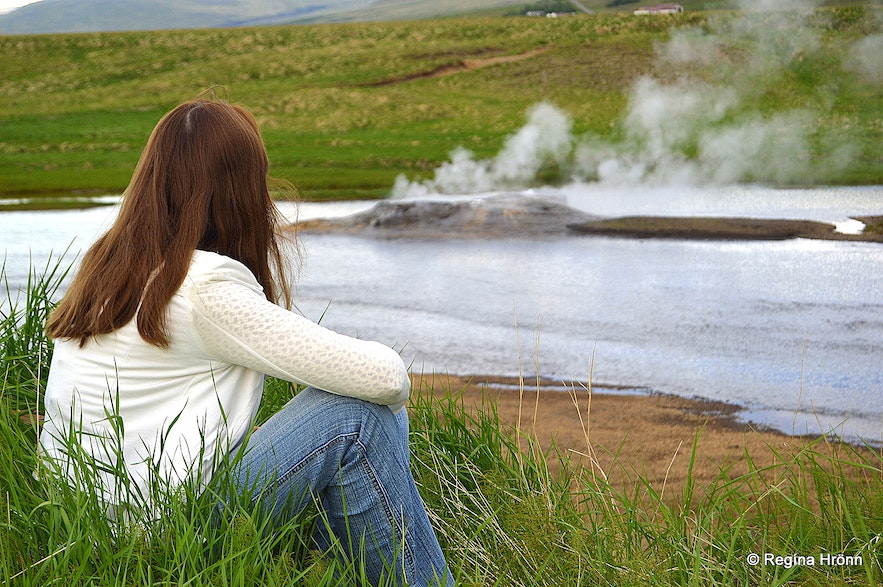 Two years later Árhver's eruptions were down to 1.5 metres again and then it stopped erupting.

One never knows though when and how the landscape is going to change, seeing that Iceland is a volcanic island situated on the tectonic plates. The original Geysir in Haukadalur valley used to erupt frequently, but then it stopped. 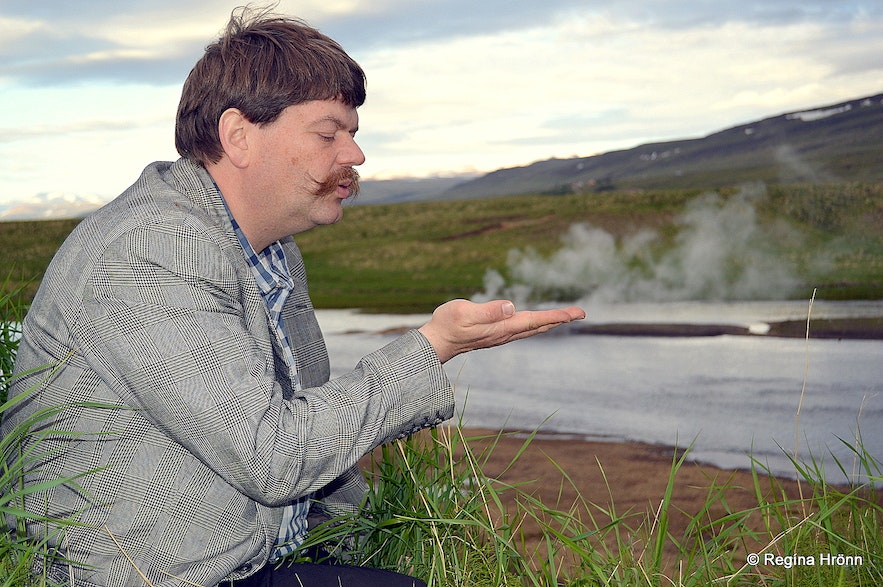 My husband and Árhver hot spring :)

After a big earthquake on Iceland's national day in the year 2000, Geysir started erupting again from time to time - but very irregularly.

I would love to see Árhver erupt again - but it is also ever so beautiful as it is and I love walking down to it and just sit quietly by it on bright summer nights - listening to the sounds of nature.

I took a video of Árhver hot spring during one of these summer nights, so you can see what it looks like. Isn't it lovely?

If you want to visit Árhver then it is located on the way to Reykholt in West-Iceland. Just before reaching the bridge to Borgarnes on ring-road 1 turn right on road 50. Then turn right onto road 518, heading towards Reykholt and Hraunfossar.

After about 800 metres on road 518, you will see a dirt track on your right. You can drive down this dirt track and stop and leave your car when you reach this part of the dirt road of the farmer (see my photo) and walk from here to the hot spring. The steam coming from Árhver can be seen in my photo below. 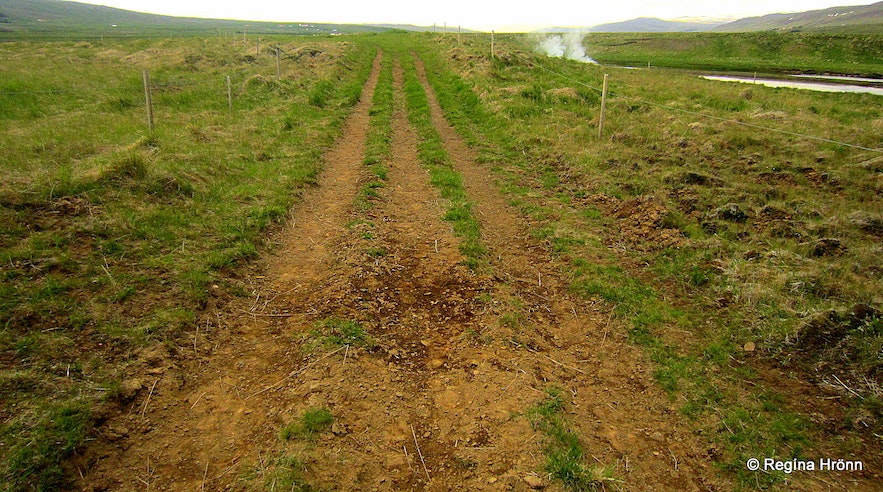 On the way to Árhver hot spring

Always show utter respect and only take photos and leave nothing but your footsteps. This way we Icelanders can tell our foreign visitors about our most favourite spots in Iceland.

So let's enjoy them together and keep them intact for others to be able to enjoy them as well :)