On my travels in Iceland, I always seek out places connected to folklore. There is a myriad of such stories in Þjóðsögur Jóns Árnasonar - the Compilation of Folklore by Jón Árnason, which is one of my favourite read, all 5 volumes of it! 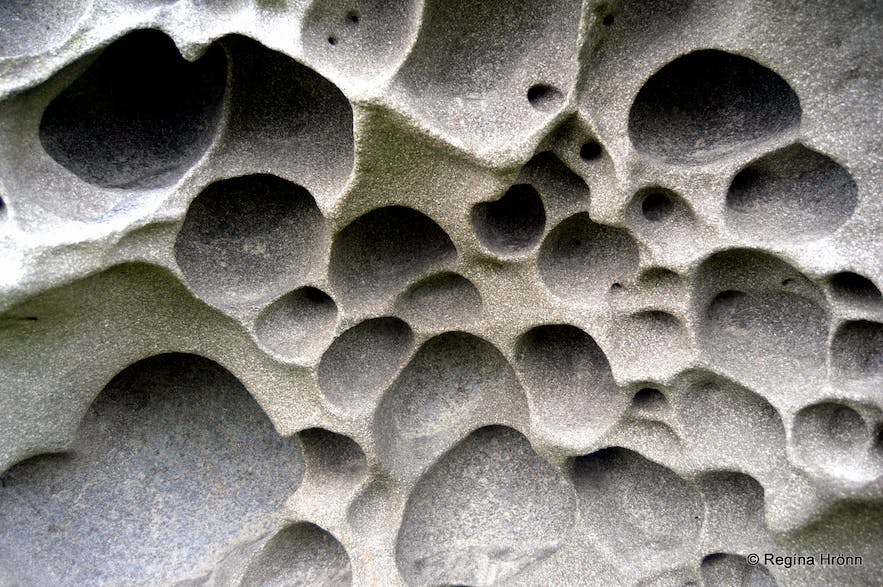 Because there is more to the world than what we are able to see - or at least that is my belief :) 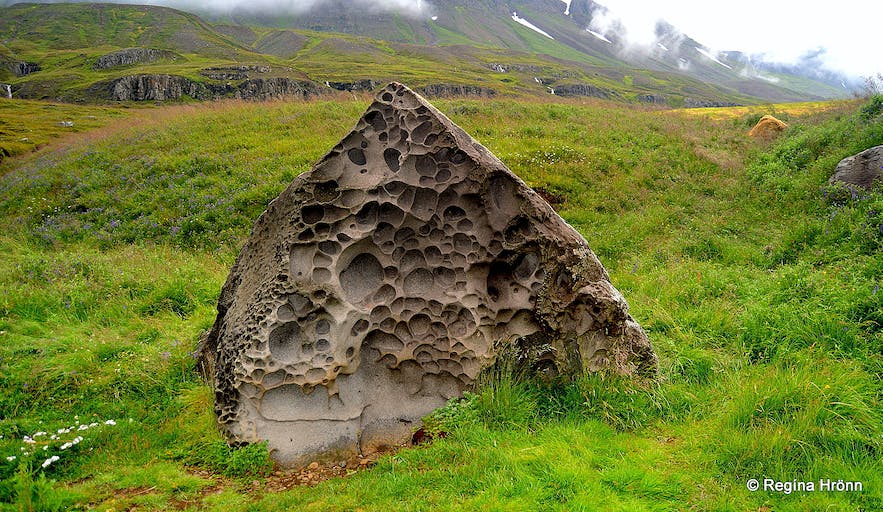 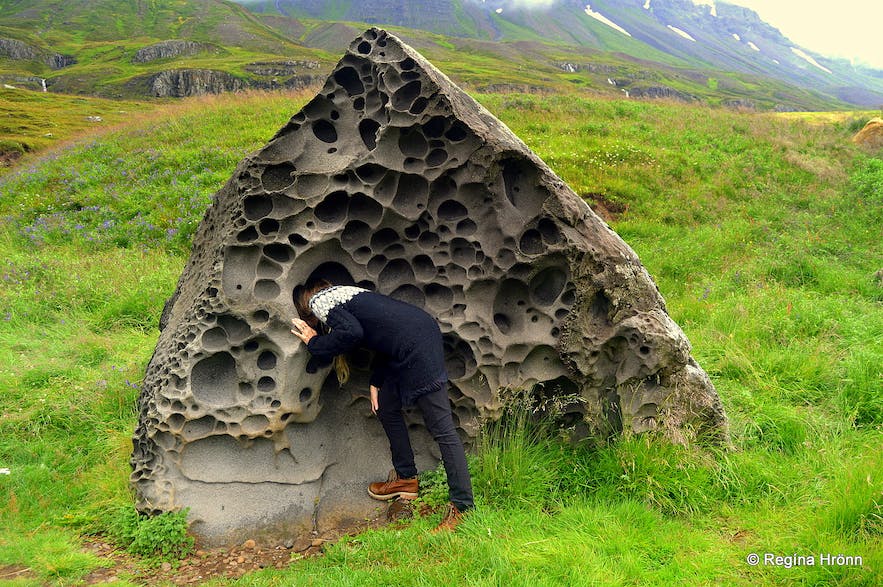 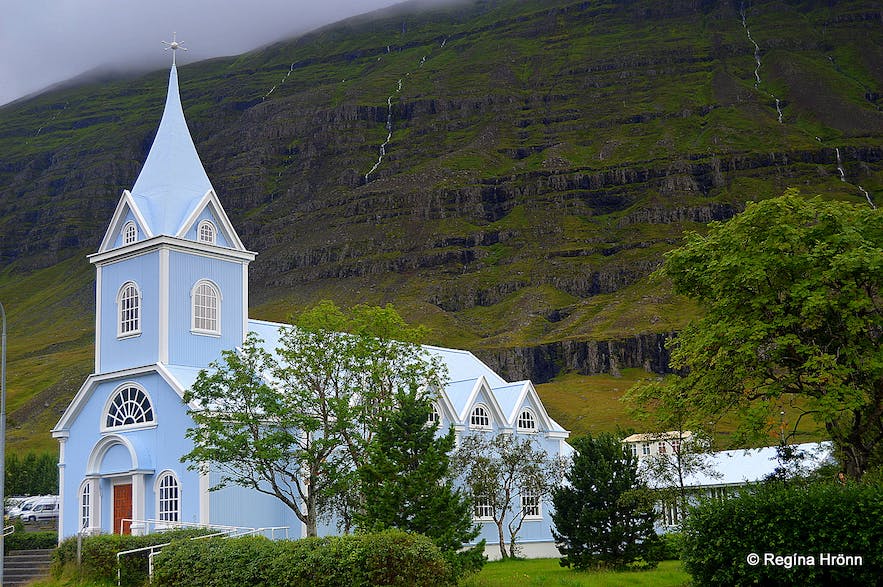 The church was located until 1920 in Vestdalseyri, but as the population decreased it was moved from Dvergasteinn across the fjord.

That new church was consecrated in 1922. You can see it in the photo above, the beautiful blue painted church of Seyðisfjörður, often referred to as the blue church. The vicarage was then moved from Dvergasteinn to the village some years later. 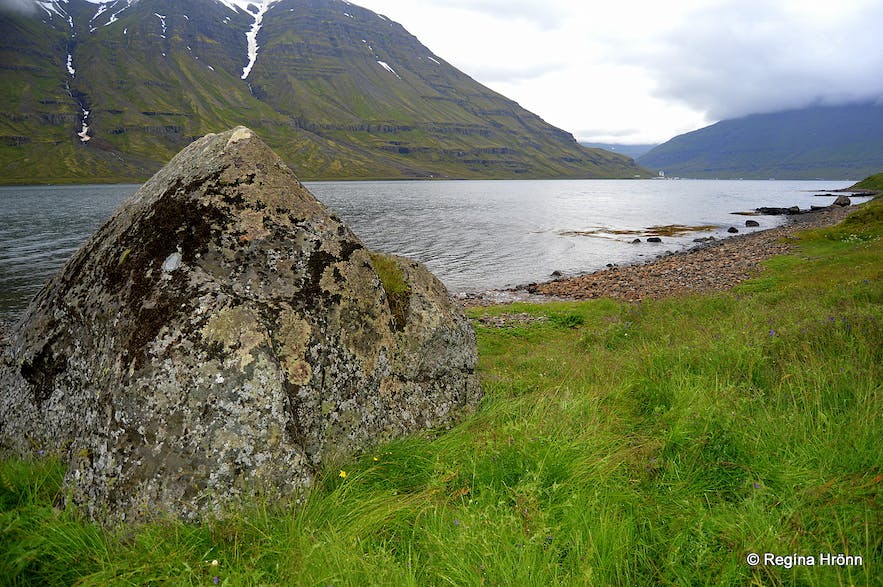 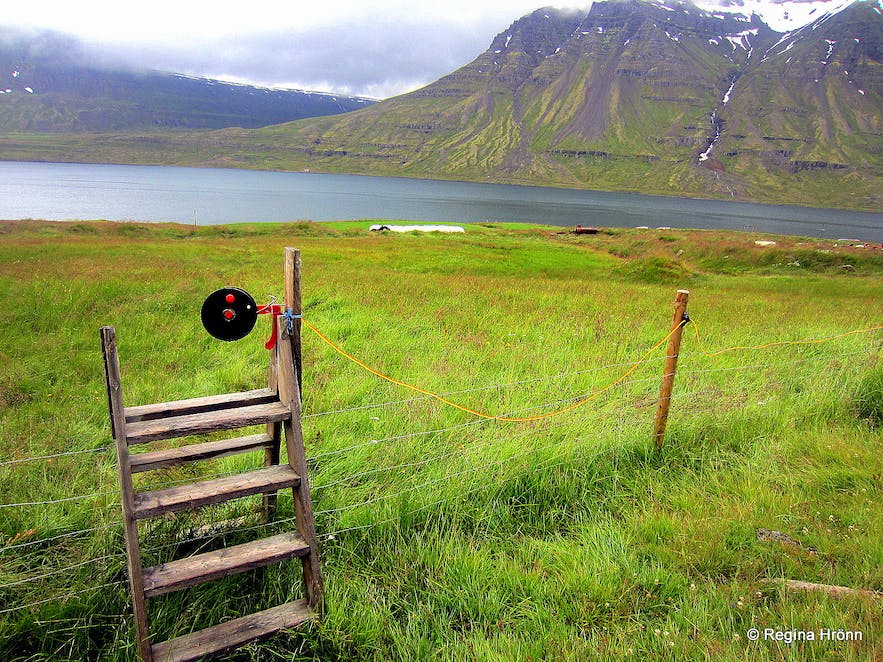 This kind of rock formation is called honeycomb weathering or tafoni. It is not quite clear how these strange formations are formed, but they might be formed by frost, salt, or wind erosion. But they sure look interesting. 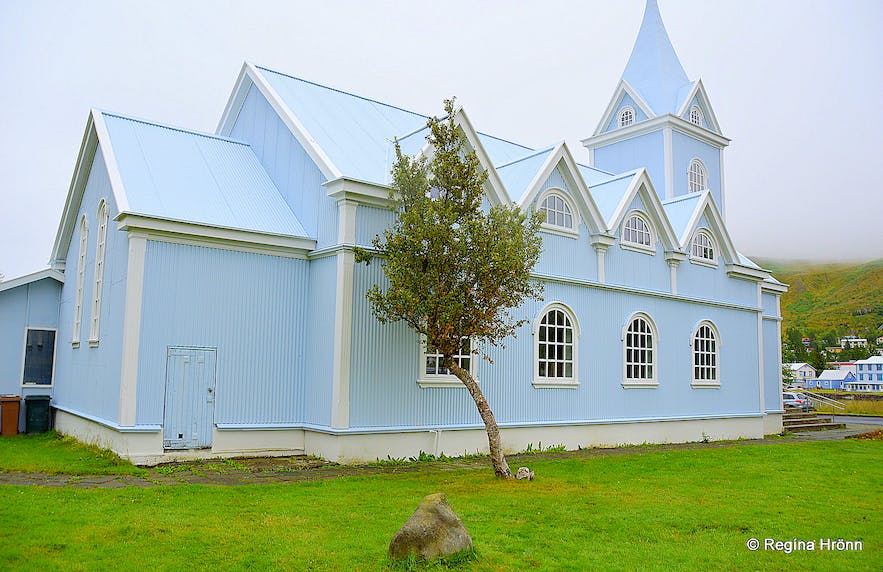 One of the biggest attractions in Seyðisfjörður is the rainbow street with the blue church at the end of the street. It makes for a very beautiful photo :) 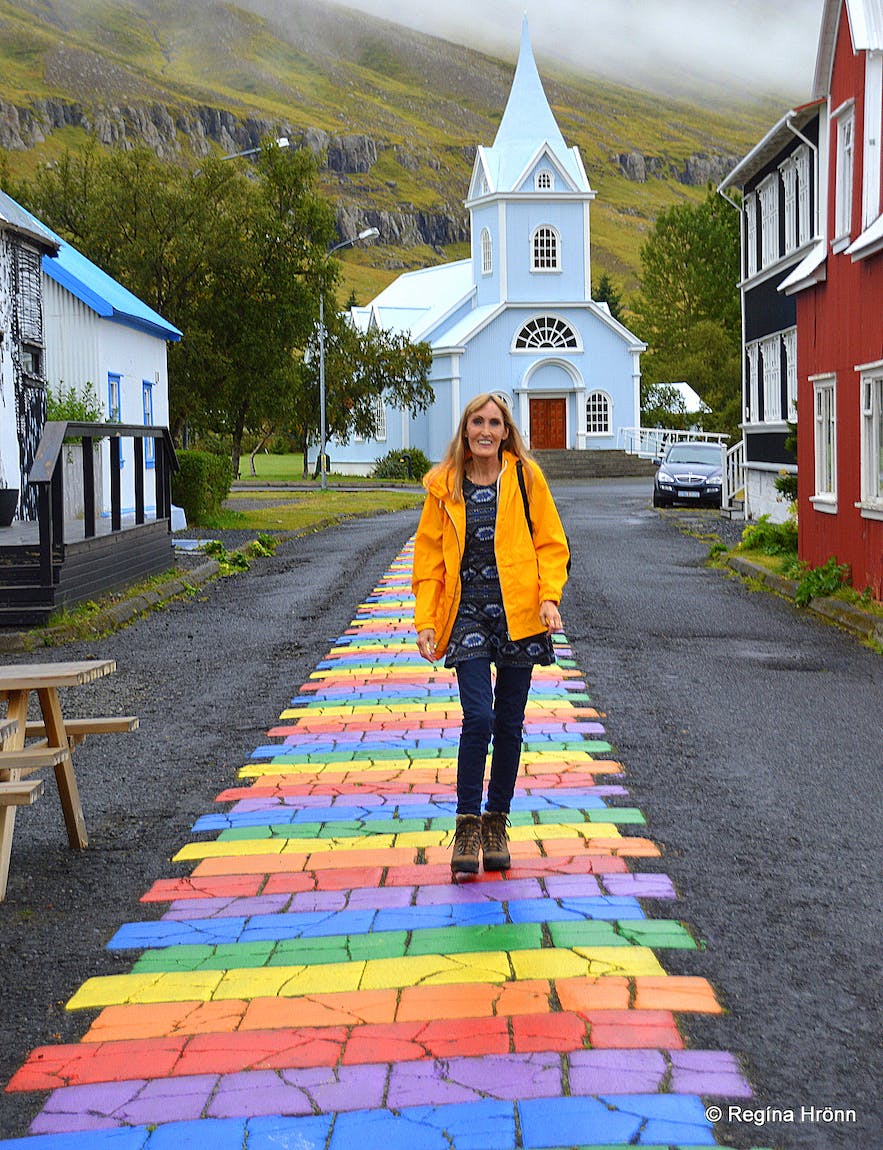 And Seyðisfjörður town itself is so pretty. I took this photo in the middle of a summer night while I was staying for the night at Seyðisfjörður. I woke up in fog, but when it lifted this beautiful sight appeared. 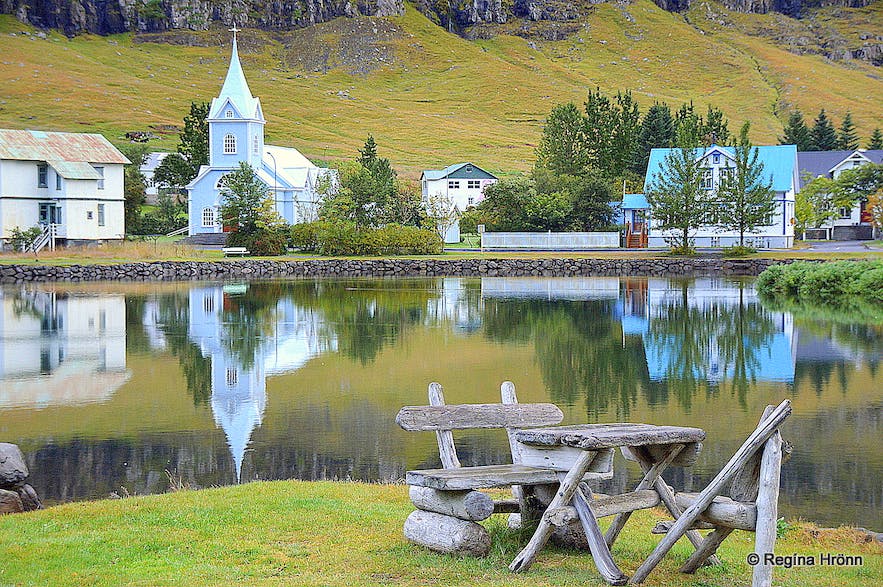 To reach Seyðisfjörður  you can rent a car in Reykjavík and drive up there in a couple of days.

Once in the Eastfjords check out these guided tours: