Laufás turf house in Eyjafjörður is a must-visit while travelling in North-Iceland. I love these old turf houses, they are so typical Icelandic in my opinion.

My grandmother was born in a turf house, so it is not so long ago that turf houses were inhabited here in Iceland. Times have changed, for sure. 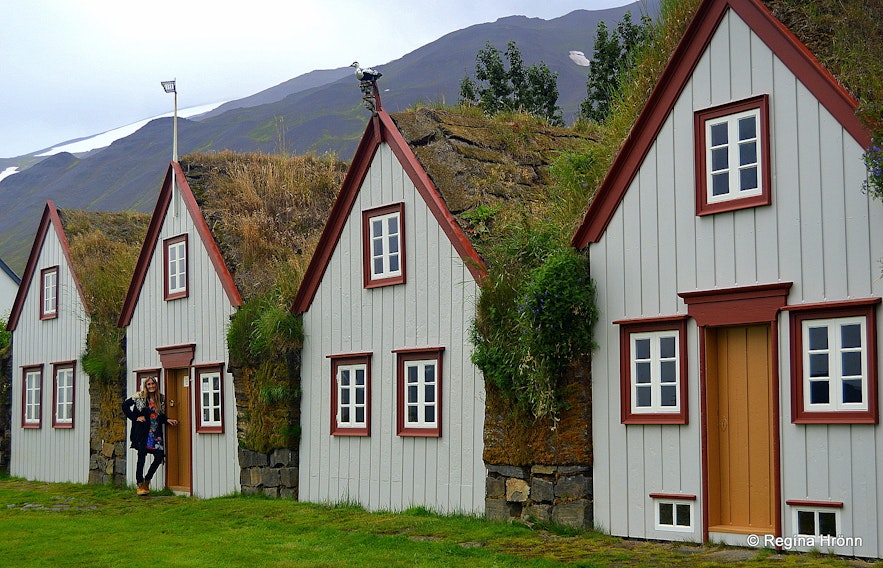 Laufás turf house now belongs to the National Museum of Iceland and is run by the Akureyri Museum. Laufás is bigger than the normal turf houses though as it was a manor and a wealthy vicarage. 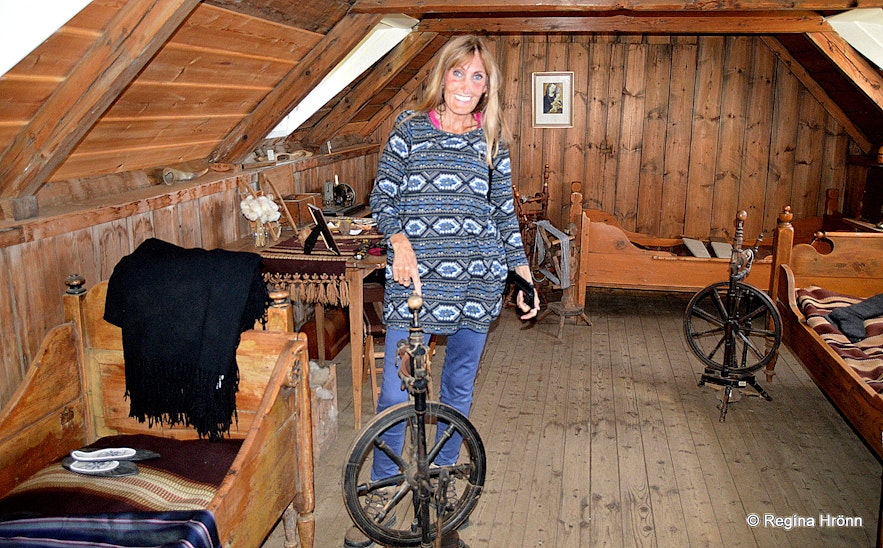 Up to 20-30 people were living here at Laufás, including domestics. The furnishing inside is from around 1900 and shows how Icelanders were living at that time.

I had a look inside and was amazed at how many rooms and much space there was inside Laufás turf house. We walked through several corridors with many rooms leading from them.

I recommend that you have a look inside. Tickets can be bought in the white house by the parking lot, which was the vicarage and is now a Visitor Centre. 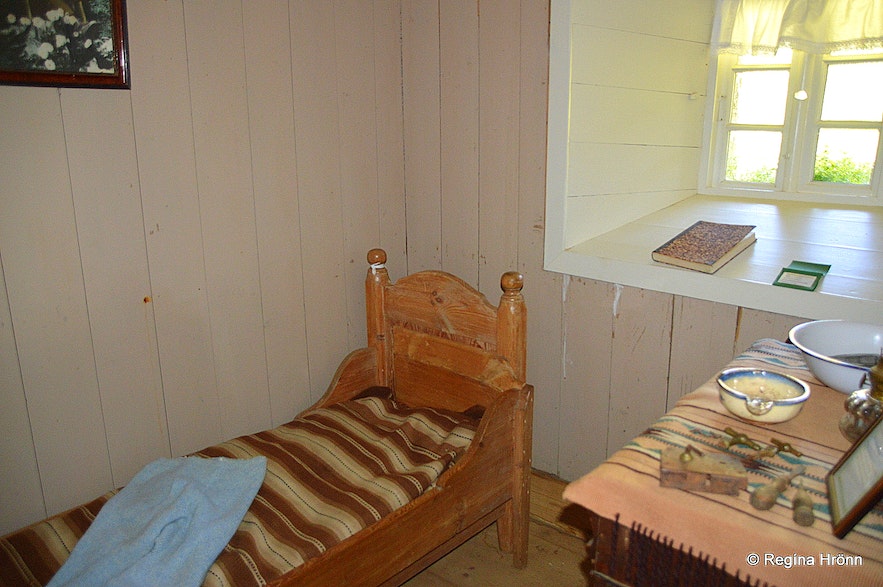 Laufás was a wealthy farm by Icelandic standards. The last minister lived at Laufás until 1936 when he moved into a newer vicarage.

Laufás is not mentioned in Landnáma - the Book of Settlements of Iceland, but it is mentioned in 2 of our Icelandic Sagas.

It was rebuilt in 1866-1870 when Rev. Björn Halldórsson resided at Laufás, but the oldest remaining part of the house dates back to 1840.

The first time I visited Laufás a tourist had stopped his car in the middle of the road above Laufás, and ran out and took photos left and right. What he didn't know was that if he had driven just a short distance ahead there he would find a car park and the entrance to Laufás.

I guess he was just so excited about seeing such old turf houses from the road :) I can relate, as I am always excited when I see turf houses ;) 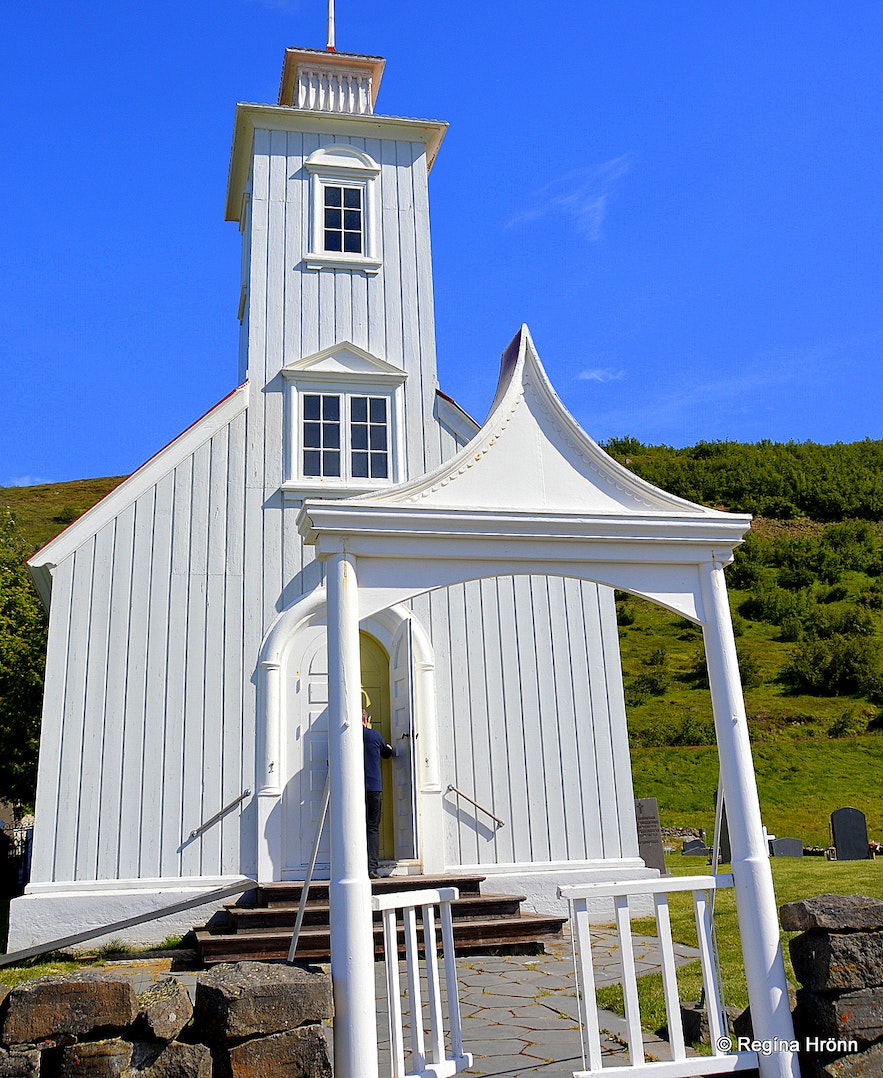 In the church, you will see a very decorative pulpit from 1698. And I love the christening font, it was all lit up in the sunlight when I visited the church, ever so lovely. 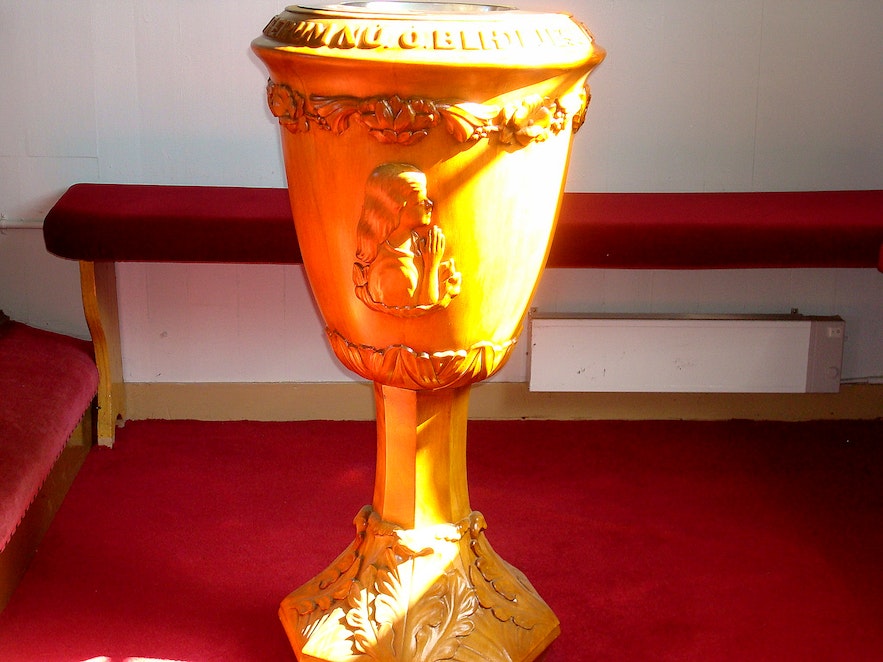 The baptismal font in Laufáskirkja church

The church was open and I went inside to have a look around. Usually, Iceland's churches are closed due to vandalism :( I visit every church I see on my travels in my country as I am very interested in these little gems.

Laufás is open in the summer months from 10:00-17:00. This is my travel-blog about Laufás, but I refer to the webpage of Laufás for much more information. 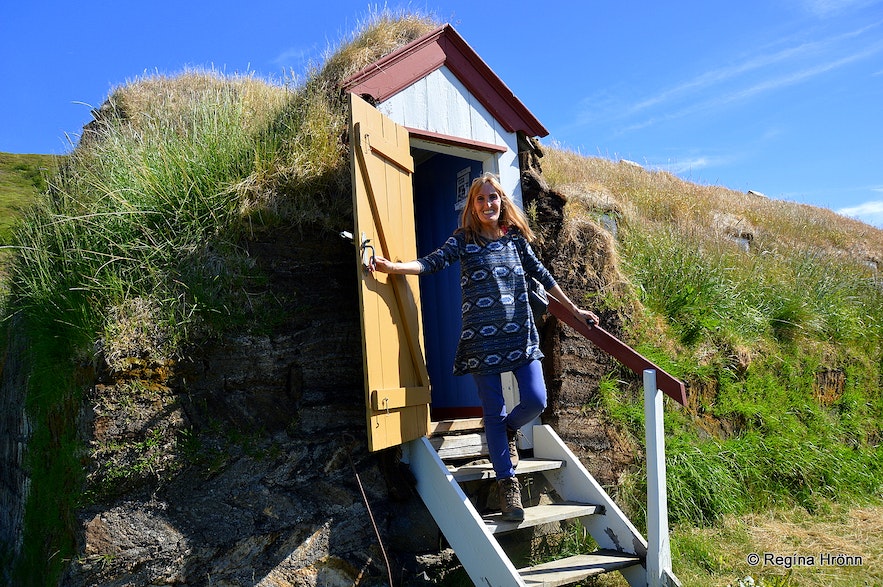 Laufás is close to the village Grenivík on road 83, 30 km away from Akureyri.

This is my last travel-blog in the Eyjafjörður series of travel-blog. It is by all means not a complete guide to Eyjafjörður, only a few places I find very interesting to visit in this longest fjord of North-Iceland.

Eyjafjörður fjord up North - part I