Fróðárheiði (361 m) is one of the heaths at Snæfellsfjallgarður on the Snæfellsnes peninsula. The 14 km long road crossing the heath is almost all paved, apart from the northern part, where there is a small distance on a gravel road. A new road is under construction now. Given the bad weather in this area, this heath is often impassable during the winter.

Extraordinary happenings took place at Fróðá, known as the Fróðárundrin or the Fróðá Wonders. These wonderous events happened around the year 1000 AD and are told of in the Eyrbyggja Saga, one of the oldest Icelandic Sagas set on the Snæfellsnes peninsula. I roughly translated it from Eyrbyggja Saga, as follows:

The story goes that a woman named Þórgunna arrived on a ship from Dublin to the small village of Rif. Known as "Þórgunna hin suðureyska" or "Þórgunna the Hebridean"—the Hebrides are an archipelago off Scotland—she was described as being tall and very fat, with thick auburn hair and black eyebrows.

It is written in the 5th chapter of the Saga of Erik the Red that Leif the Lucky had an affair with Þórgunna, when he lost his course on his way to Norway, and landed in the Hebrides. Þórgunna fell pregnant and she told Leif that she would bring their son to Greenland later on. The Saga of Erik the Red tells us that Þorgils reached Greenland and Leif the Lucky took him in as his son.

The housewife at Fróðá, a woman named Þuríður, heard of Þórgunna's arrival, as well as the fact that she was in possession of some luxury items, which might not have been seen before in Iceland. Þuríður was the half-sister of Snorri goði at Helgafell. Their mother, Þórdís, was the sister of Gísli Súrsson from the Saga of Gísli the Outlaw and their fathers were brothers. 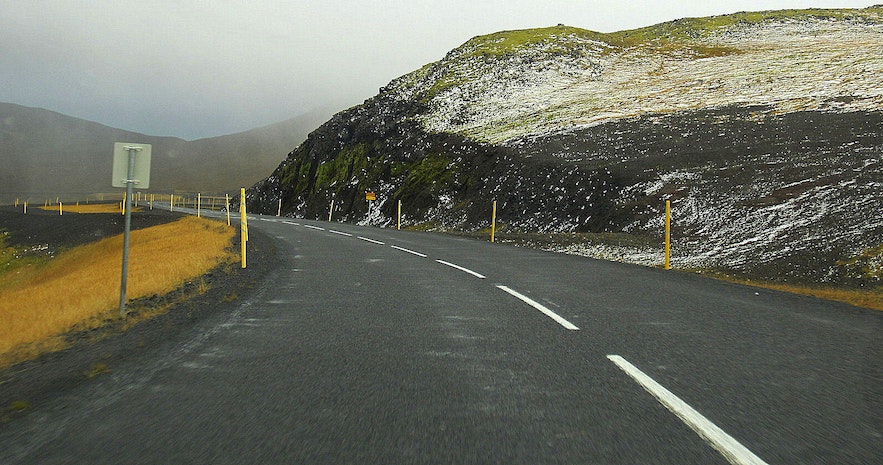 So Þuríður went to Rif to meet up with Þórgunna on her ship in order to see firsthand and even buy some of these items. Þórgunna did not want to sell her things, so Þuríður invited her to stay at Fróðá, as she thought she might acquire some of these beautiful possessions if Þórgunna were to stay with her.

Þórgunna carried with her a locked chest in which, hidden inside, was exquisite, brocade bed linen. Once again, a purchase was attempted... Þuríður wanted to buy the brocade bed linen, but Þórgunna denied her.

That summer, Þórgunna and the workers at Fróðá were drying hay when a black cloud of heavy rain suddenly fell upon them. After the black cloud had disappeared, they were shocked to discover the cloud had rained blood! Later on the same day, they were able to dry the hay... except for Þórgunna's.

Nowhere else on the Snæfellsnes peninsula had this rain fallen... nowhere, at least, save Fróðá.

That same night, Þórgunna became ill with fever and knew she was going to die. A couple of days before she died, she had disposed of her items and ordered that her brocade bed linen was burnt, prophecizing that terrible events would occur if her last wish was not fulfilled.

She had donated a scarlet cape to Þuríður, so she would not take other things she wanted to dispose of or burn, and asked the goodman of Fróðá, Þóroddur, Þuríður's husband, to take her body to be buried at Skálholt.

Her instructions were followed, but Þuríður refused to burn both the exquisite brocade bed linen nor the bed curtains. Against her husband's wishes, she took the items into her possession.

Þórgunna's body was carried in a coffin across Fróðárheiði heath. The weather was bad and when they finally arrived at the farm Nes hið neðra, in Stafholtstungur, asking for lodging and food, they were swiftly denied!

The men didn't want to carry on that night, so put Þórgunna's body in an outhouse and went to the farm where they meant to stay the night without food.

Then, a sudden commotion was heard from the kitchen - astounded, the men hurried into the room where, against all belief, they saw a large naked woman cooking food. It was the ghostly apparition of Þórgunna, and she would feed them that night, frightening the local farmer so much that he offered food, lodging, and anything else the pallbearers could think of.

Continuing on with their mission, the pallbearers delivered Þórgunna and her remaining possessions (amongst them a gold ring which might be the ring Leifur gave to her when they parted) to Skálholt, where they set about burying her. 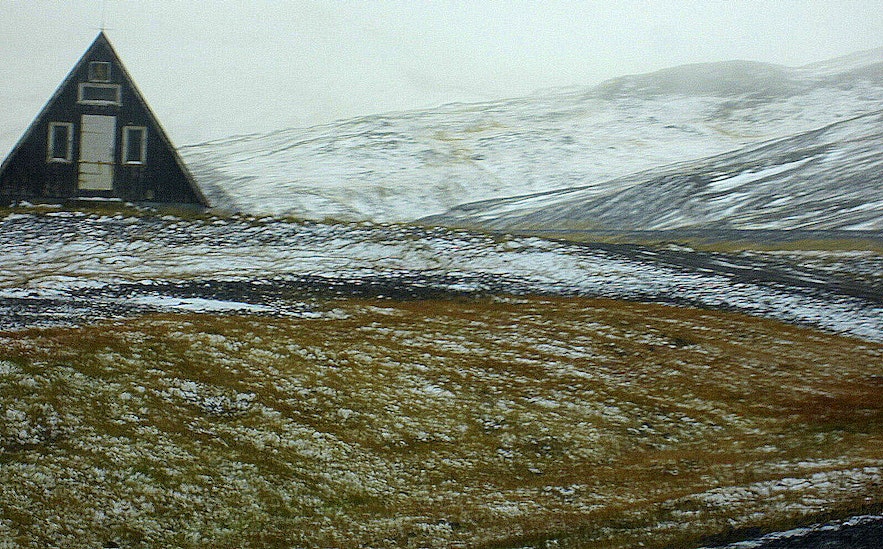 Not long after, the household of Fróðá started dying mysteriously. First, the shepherd died, only to return as a ghost a little while later. Þórir viðleggur died, also returning as a ghost, and the two ghouls set about scaring the living daylights out of the remaining household. Next, a farmhand died... one after another, until a total of six additional men had died.

With six of his men, the goodman Þóroddur left Fróðá to pick up his stockfish, sailing on a ten-oared boat down the fjord. That same night, a seal peeked up through the hearth of the house and ogled the bed linen of the deceased Þórgunna.

The more the household hit the seal in the head, the stronger it grew, until it was about to raise itself up on its flippers! Then Kjartan, the son of Þuríður, hit the seal over its head several times with a sledgehammer and, finally, the seal was killed, never to return again. 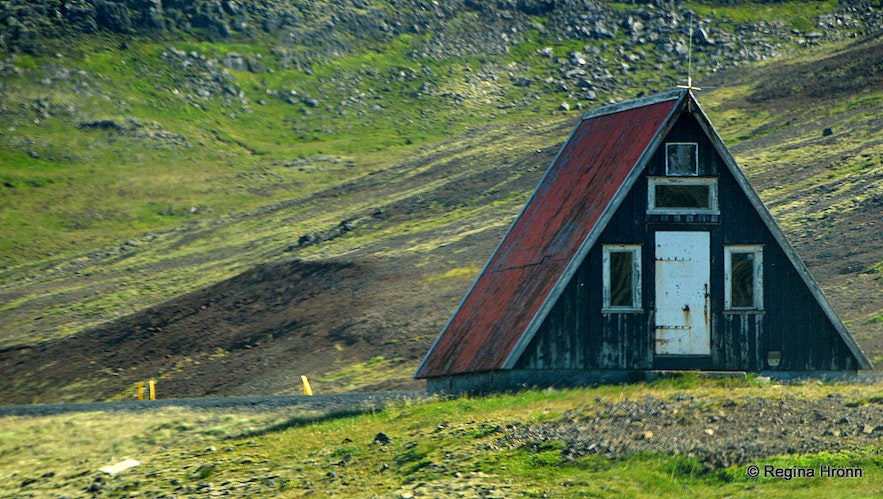 Þóroddur and his men sailed with their stockfish by Mount Enni - remember the mountain by Ólafsvík village in one of my previous travel-blogs?- where, apparently, the ship capsized. All of the men are thought to have drowned, but their bodies were never found.

The ship, on the other hand, and the stockfish were both found ashore later on. When these tidings reached Fróðá, Kjartan called his neighbours and held a wake.

The first night of the wake, the drowned Þóroddur and his crew of dead men - all of them soaking wet - made a sudden, haunting appearance. These drowned men were welcomed by the wake party, the people rejoicing as they considered these lost spirits to be a sign from the God of the Ocean. 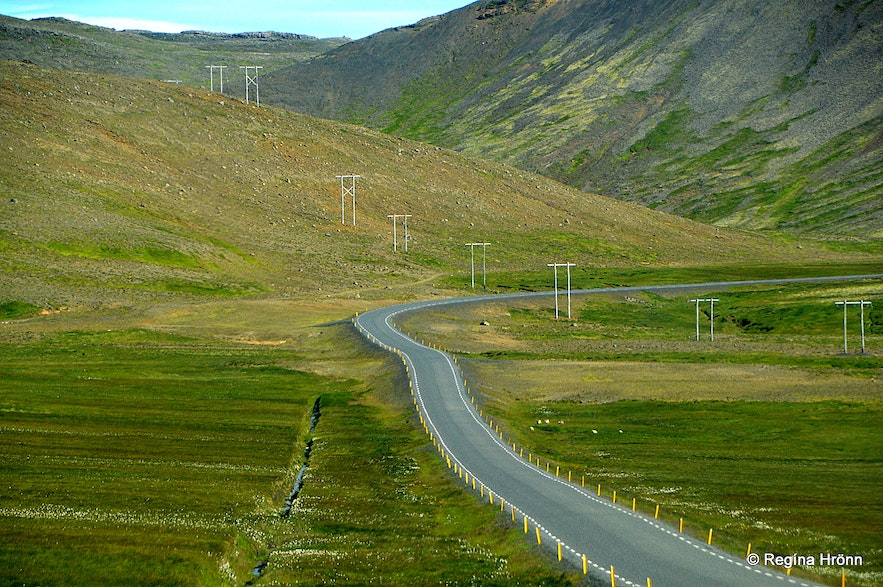 The drowned men sat by the fire and didn't return any greeting. This happened every night of the wake.

On the last day of the wake, the people thought that the dead men would leave and it would be the end of their troubles. Alas, it wasn't - as the soaking wet ghosts came back and sat by the fire, the apparitions of Þórir víðleggur and his six men entered the scene, muddy from their graves, shaking the dirt from their clothes at the soaking wet ghosts!

Fróðá had turned into a place of horror! The same thing happened every night and lasted the whole Christmas. From what I can count, approximately fourteen-fifteen ghosts sat by the fire here every night! Next in line to die and turn into a ghost was Þórunn galdrakinn, the widow of Þórir víðleggur.

That fall, fifteen couples had been at Fróðá. Eighteen people had died, five of them fled and seven remained. What on earth happened here? 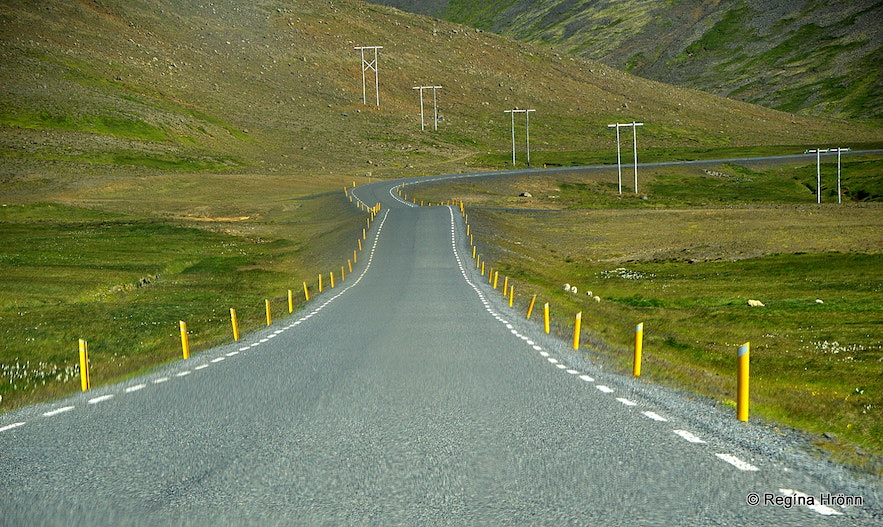 Next spring, Chieftain Snorri goði at Helgafell, sent a priest to Fróðá. The ornate bed linen and bed curtains of Þórgunna were burnt. Then the ghosts were summoned one by one by door-doom (dyradómur), their case was summed, they were given a proper verdict and then they were ordered to leave.

One by one, the ghosts who were sitting by the longfire left unwillingly. Fortunately, they didn't show up after that. After the ghosts had all left, holy water was sprinkled around the Fróðá farm, holy items were carried outside and prayers were said.

Þórgunna was blamed for this disaster as her instructions on destroying the bed linen were not followed. This is the short version of the Fróðá Wonders, but the long version is to be found in chapters 50-55 in the Eyrbyggja Saga.

This is quite a ghost story, right?! 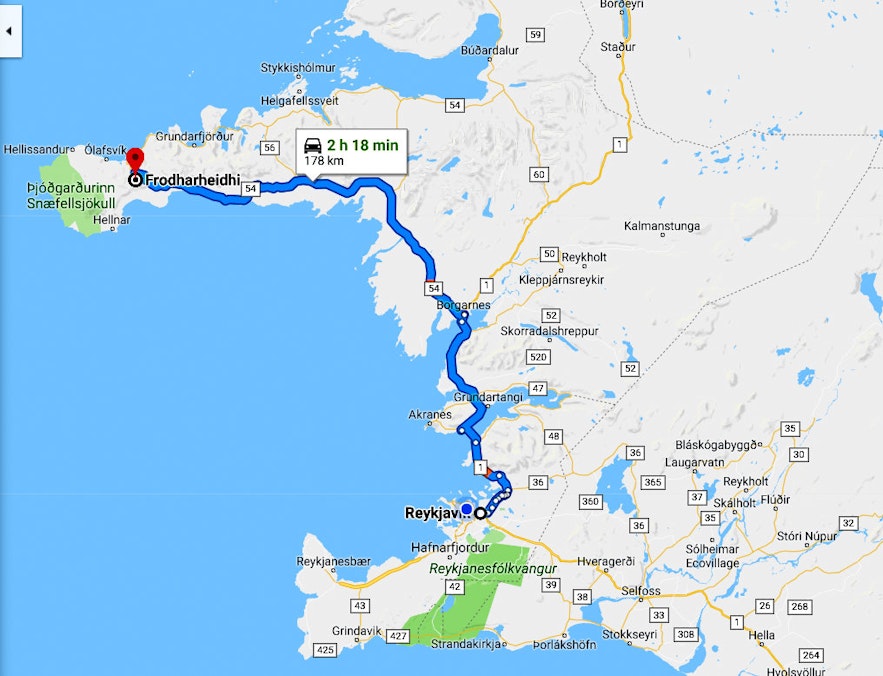 Such a long, detailed ghost story (some 6 chapters of the Eyrbyggja Saga) is unique in Medieval history, so it is quite extraordinary reading this Viking ghost story!

My grandfather was born in 1903 at Fróðá and two of his baby sisters are buried in the graveyard in Ólafsvík. I took the photos of Fróðárheiði heath when I passed the heath one day in April. The first photo I took when I visited Fróðá farm and the river Fróðá. It is a given that I have no photos from the Fróðá Wonders so these photos will have to do...

Fróðárheiði heath is on road 54, by Búðahraun lava field, and Bjarnarfoss waterfall in the south, and east of Ólafsvík town in the north. Below, you can see the location of Fróðárheiði heath on the map - it is not marked on Google maps, but it is the heath marked road 54. 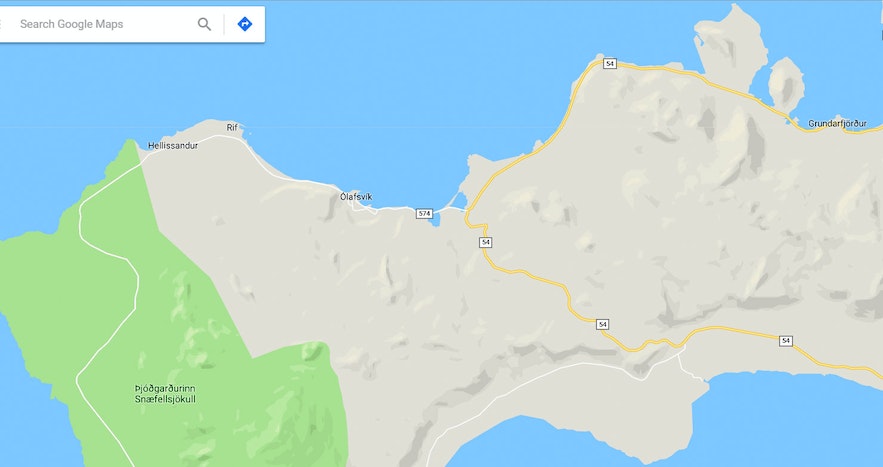 When you pass Fróðárheiði heath think about what happened here some 1000 years ago...!