A Settlement Age farm was discovered in 1986 in Garðabær town, which is a part of the Great-Reykjavík area. It is a big Viking Age longhouse dating back to 870-930, 8x30 metres on the outside with a floor surface of 170 sq.m, which is quite a large longhouse.

We don't know who lived here, but it looks like a longhouse of a wealthy farmer.  It is believed that 20-30 people lived on the farm and it was most likely inhabited until the 12th century. 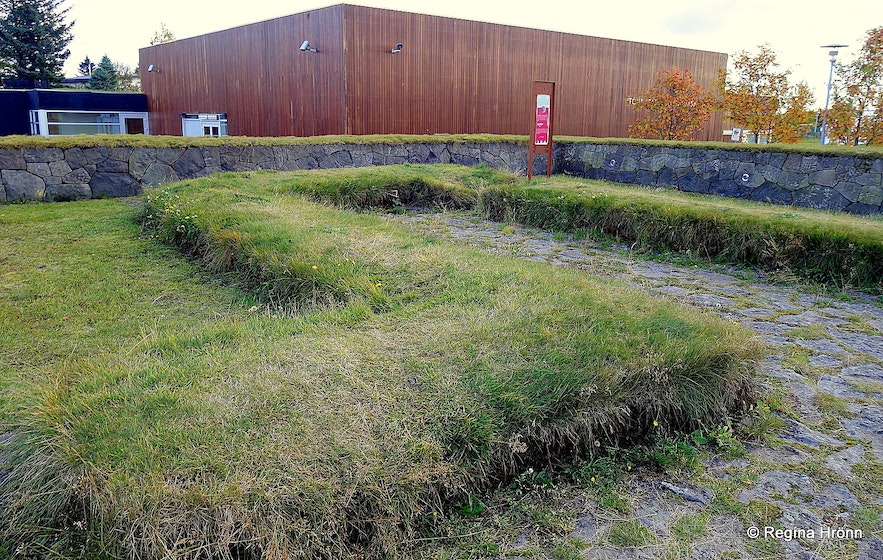 This was the land of Reykjavík's first settler, Ingólfur Arnarson, and Ingólfur's freed slave, Vífill, lived only 2 km away at Vífilsstaðir.

The Settlement Age Farm was discovered in 1986 during construction work when a kindergarten was to be built on this site. In 1989 further excavation was made and from 1994-2000 a thorough archaeological excavation was carried out, supervised by Þjóðminjasafn Íslands - the National Museum of Iceland.

Here one can see the ruins of a long central fireplace, but such fireplaces were typical in these Viking longhouses. The inhabitants sat by the longfire and worked and ate and rested by the warm longfire. 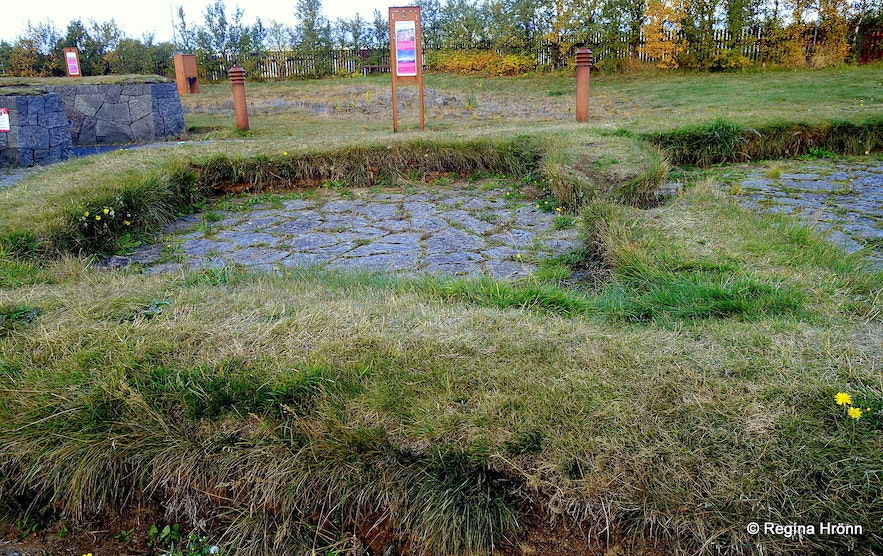 Approx. 300 items were unearthed and an unusual bronze broach was discovered here, along with pins, knives and instruments. Remains of a weaving room and many spindle whorls and loom-weights were unearthed at Hofsstaðir. All cloth was woven in this way back then and during the Middle Ages, woven cloth was the biggest export in Iceland.

Two boiling holes were discovered filled with burnt animal bones from sheep, pigs, cattle, and horses. They were last used in the 10th-11th century. What is unusual about these boiling holes is that they were outside, but usually they were located inside.

You will also find remains of a pantry and a smithy - all well marked with information signs.

Turf and lava walls surround Hofsstaðir, which were erected later on to show the outer limits of the farm. 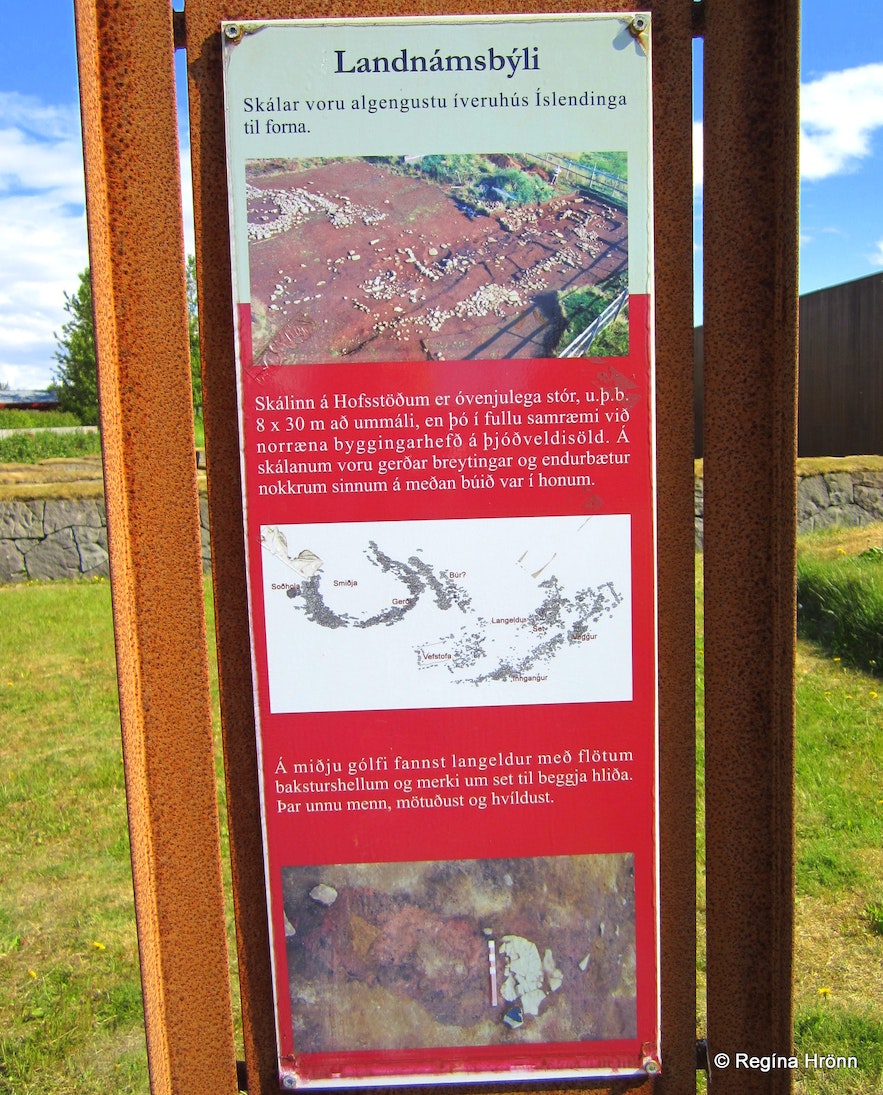 To me, the Settlement Age farm is truly a hidden pearl. And it is for sure hidden away as it cannot be seen from the main street.  One could even pass it and mistake it for a small park, without ever knowing about its great historical significance - that the settlers lived on this very spot.

To me, this is so interesting, a Viking Age farm hidden away between the houses and church here in the inhabited area of Garðabær town! I know that many Icelanders don't even know that it exists. 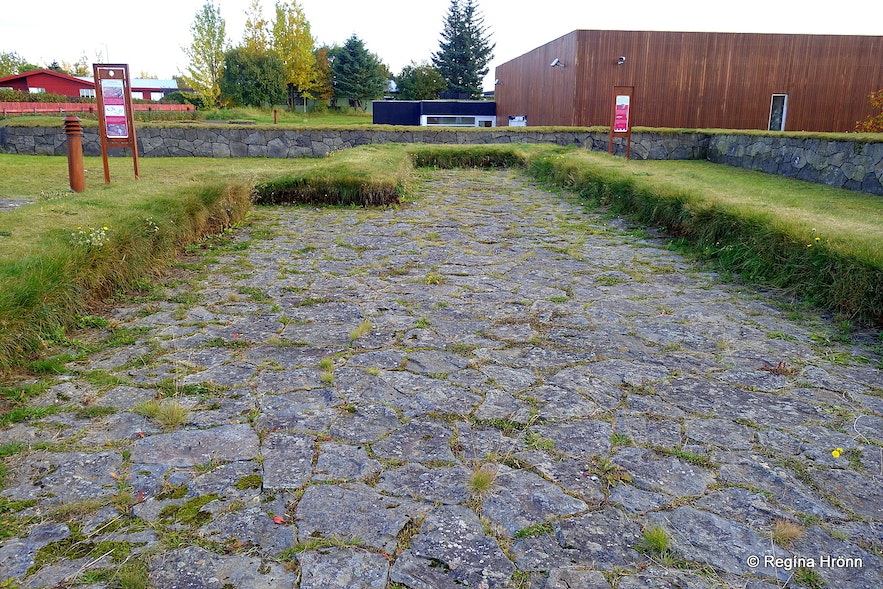 I stumbled upon Hofsstaðir on my way to Hafnarfjörður back in 1999+. Back then I had to take 14 years off travelling and my only summer trips consisted of walking from Reykjavík to Hafnarfjörður and back. So I know this area quite well.

Hofsstaðir is a part of the Saga and Heritage sites and centres in Iceland. I have shown you many of these sights in my other travel-blogs about Iceland. Here is what they say about Hofsstaðir.

Hofsstaðir Settlement Age farm is always open and there is no entrance fee. 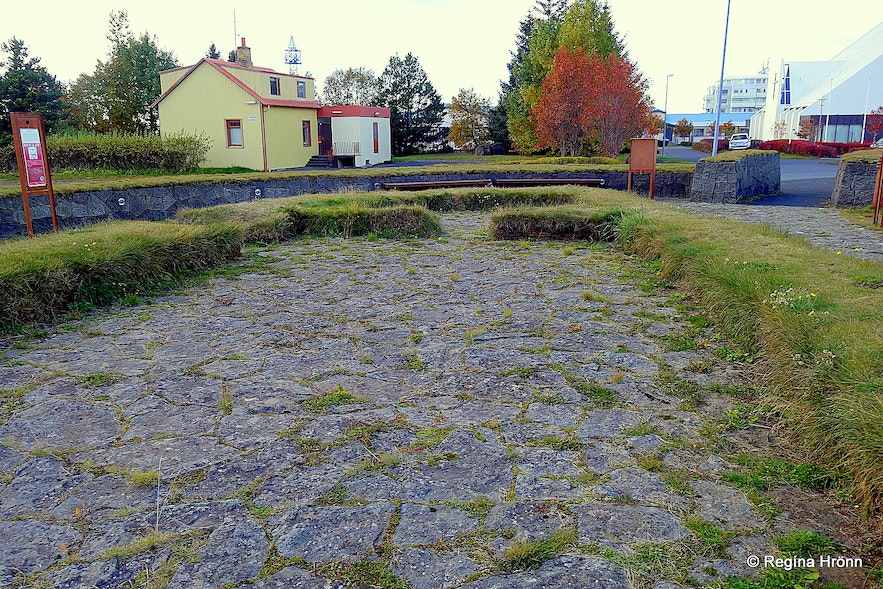 There are many locations in Iceland called Hofsstaðir, one of which is located in Skagafjörður in North-Iceland. At that Hofsstaðir you can see a newly built turf house. I have added a photo of it in this travel-blog:

Another Hofstaðir is located by the popular salmon river Laxá in Laxárdalur, just west of the ever so popular Mývatn area in North-Iceland. Extensive archaeological excavations are being carried out there at the moment.

It is located right opposite my husband's family's summer cottage, so we have popped over to have a look at the excavations.

You can see a chapter about Hofstaðir up north in this travel-blog of mine: A Compilation of the Viking Ruins & Pagan Burial Mounds I have visited on my Travels around Iceland

The reason why there are so many places with the same name, Hofsstaðir or Hofstaðir, is that the Icelandic term "hof" means temple, and back in the Viking Settlement Age before Christianity was adopted in the year 1000 in Iceland, there were several heathen temples in my country. 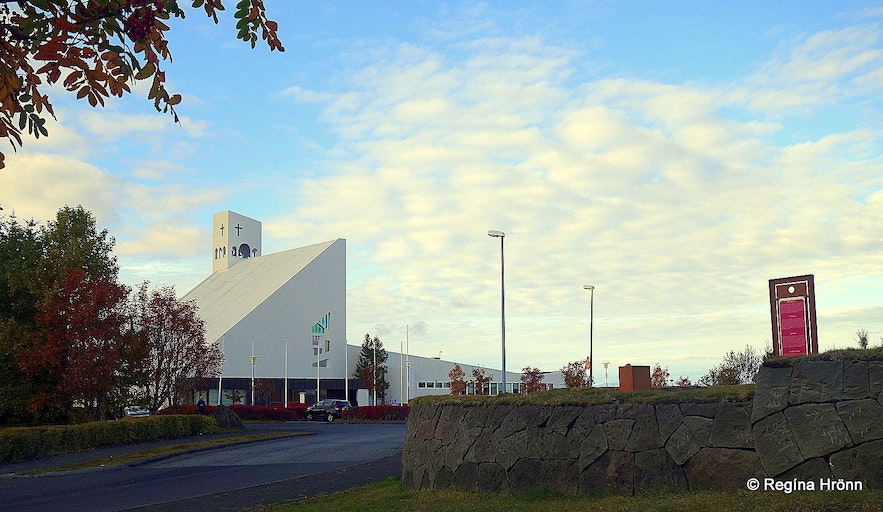 You can see from my first and last photos that there is now a Lutheran church located next to Hofsstaðir in Garðabær, but Christian Lutheranism is the State Religion in Iceland.

Here you can see the exact location of Hofsstaðir on the map. You can also rent a car in Reykjavík and drive to Garðabær. Hofsstaðir is also located in the Greater Reykjavík area.

I have written other travel-blogs about Viking discoveries here in Iceland f.ex.:

And a list of all the sites I have visited:

Have a lovely time exploring the Viking past of Iceland :)