While travelling in Sælingsdalur valley in West-Iceland you will notice a hill called Tungustapi. This hill is also called Álfakirkjan or the Church of the Elves, and some believe it to be the Cathedral of the Elves!

Álfar is the Icelandic term for elves. There are many places here in Iceland named after the elves and there is still some belief amongst Icelanders that we share Iceland with these hidden people. Many psychics have seen them and there are many tales available of encounters with the elves in Icelandic folklore.

The following folklore from Þjóðsögur Jón Árnasonar - the Collection of Folklore by Jón Árnason, tells the story of two brothers at Tungustapi. Their names are not mentioned, but we nickname them Sveinn and Arnór:

Sveinn and Arnór lived with their family at the farm Sælingsdalstunga. Their father was a very wealthy farmer. In the wintertime, the boys living on the farm would slide on sleighs on Tungustapi hill in the snow making a lot of noise, but Sveinn didn't play with them. He was a loner and spent a lot of time by Tungustapi or in the church. And there were talks amongst people that he could talk to the elves.

One night his brother, Arnór, went to Tungustapi to look for him. All of a sudden Tungustapi opened up and it looked like a church inside with a lot of lights shining and beautiful singing. Sveinn was inside and several men in livery surrounded him. It looked like Sveinn was being ordained. Arnór called for his brother to come out and that his life depended on it.

Sveinn stood up to go to his brother, but the pastor of the elves ordered for the door to be closed and for Arnór to be punished for disturbing their peace.

He then told Sveinn that the next time he would see him in livery Sveinn would die, seeing that he wanted to leave the service and go to his brother. The elves then chased Arnór on horses and rode him down and almost killed him.

The farmer at Laugar found Arnór in the morning, while he was on his way to matin, and Arnór told him what happened and then died. Since then the slides have been called Banabrekkur or Death-slides. 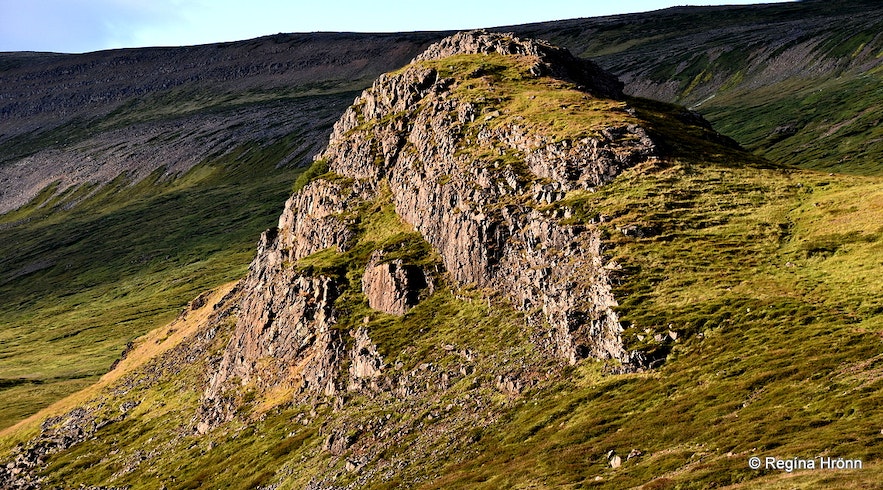 His brother Sveinn never recovered from this tragedy and never went back to Tungustapi or even looked in that direction. He became a monk at the Helgafell monastery. He sang such beautiful mass that nobody had heard a more beautifully sung mass.

His father was getting old and asked Sveinn to sing mass for him in church on Easter Sunday, and that he wanted to die in the mass as his time had come.

Sveinn was reluctant to do so and made one condition, that nobody would open the church door during the mass.

But while Sveinn was singing the mass a storm blew the door open and he saw directly into Tungustapi, from which massive light was shining through an open door. Sveinn collapsed and died and his father died just moments later.

Sveinn had looked straight into the eyes of the bishop of the elves, who was singing mass at Tungustapi. 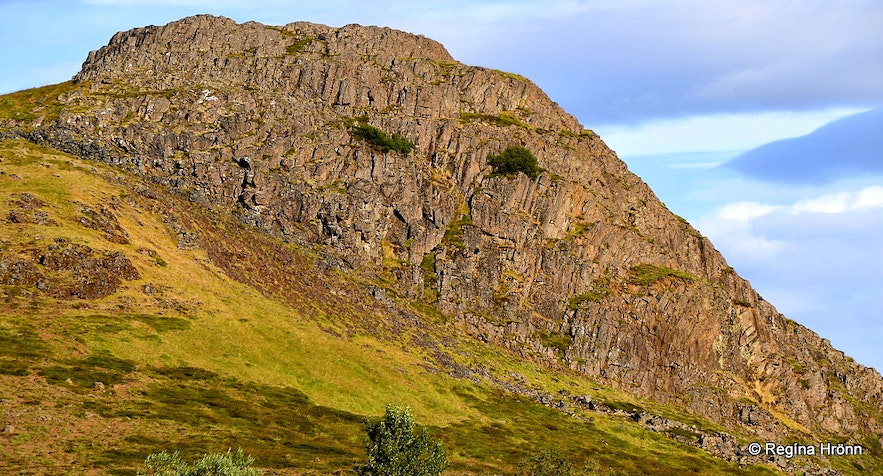 The church was moved after this happened so that the farmhouse is now between the church and the Church of the elves. This was done so that such a tragedy would never repeat itself.

The folklore is much longer and more detailed, but I translated parts of it into English to show you that a hill can have an interesting story behind it.

Dramatic, eh? It is possible to walk to the Church of the elves if one dares to do so. The elves are believed to be good people if you help them out but don't dare to disturb them. There are many stories about the revenge of the elves. Respect is the keyword when dealing with the elves of Iceland. 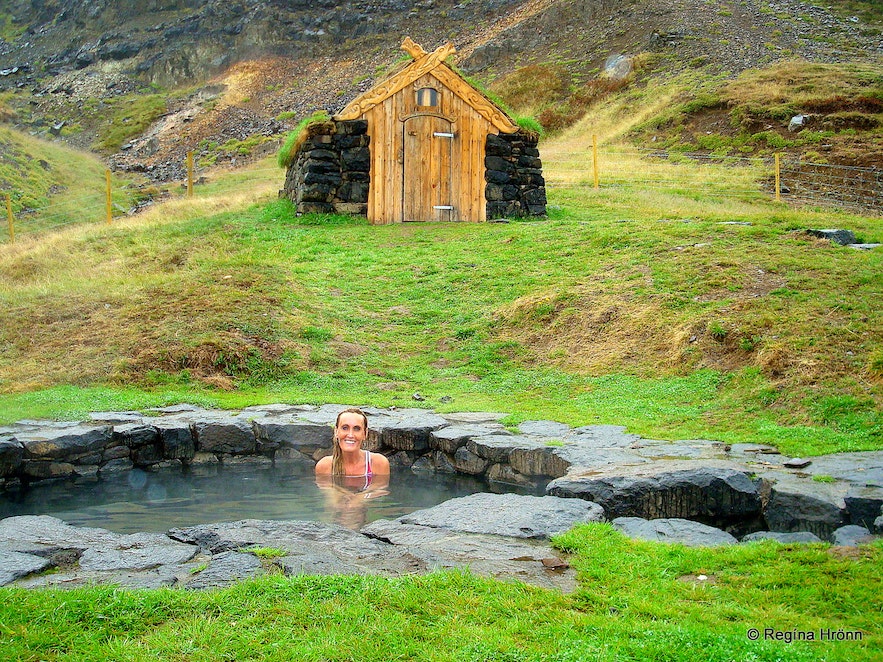 Even nowadays we don't dare to disturb them and roads are made around rocks, which are believed to be the homes of the elves, instead of destroying the rocks to make a straight road.

There are some incidents of the machinery breaking down or there being mishaps when trying to blow up these rocks. Then a psychic is invited to talk to the elves, asking them to move. Or if they don't want to move the road is made around the rocks.

Sælingsdalur is located in West-Iceland, some 167 km north of Reykjavík, which is  2.5 hours of driving.

I have not seen any guided tours in this area, but you can rent a car and drive there yourself from Reykjavík.

I have written a couple of other travel-blogs about interesting locations in the vicinity of Tungustapi:

And if you want to see what another elf-church looks like then I have written another travel-blog about the elf-church at Laugarvatnsvellir plains:

Have a lovely time in Sælingsdalur :)