How do we survive the last days of winter in Iceland?

It's not always easy I can tell you! Yesterday the forth winter month (in the old Icelandic calendar) began, this month is called "Þorri".  Þorri marks the half way point of winter!! Þorri begins on a Friday, this Friday is called "Bóndadagur" which means "Farmers Day".

"Bóndi" is often used in the meaning "husband".  My colleagues and neighbours often ask me how my "bóndi" is?  or …  "Give my best regards to your Bóndi" referring to my husband, whom is not a farmer at all and knows little about farming.  The Icelandic language has many mysterious ways :)

On the morning of "Bóndadagur" (which was yesterday morning 23rd of January) the man of the house, bóndinn, is supposed to welcome Þorri by going outside only dressed only in his shirt, wearing one leg of his trousers dragging the other behind him.  He shall go outdoors and hop on one leg outside the house, bidding Þorri welcome to his house. To make this more easy for your "Bóndi" wives are supposed to be especially attentive on this day.

Now back to Þorri!  Þorri has been known from back in the 12th century. The meaning could be from the god Þór or from the Icelandic word "Þurr/ þverra"  meaning dry or coming to an end.  Meaning end of winter or little food left… again, the Icelandic language playing games.

Þorrablót (Sacrifice Feast) is known from the saga literature, likely a midwinter celebration held in pagan times. Þorri often appears in literature as the personification of king Winter. Represented as a majestic figure, an ancient hero, a noble Viking warrior. He can be cruel and harsh, demanding and bad tempered. 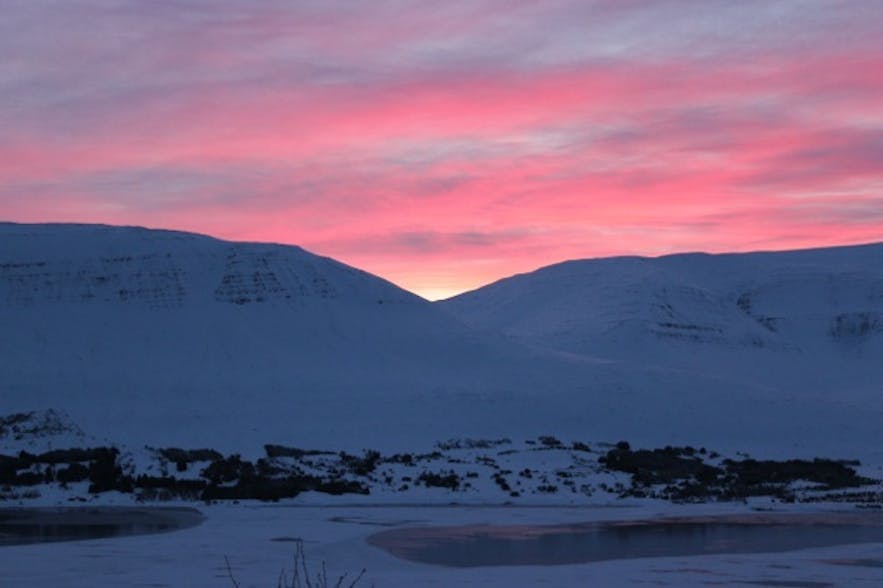